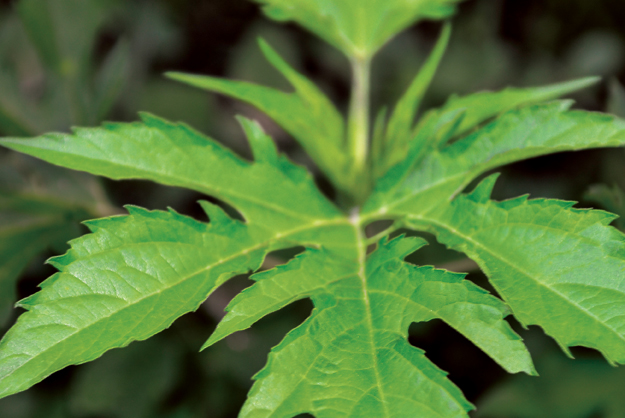 Across a growing number of Corn Belt acres, giant ragweed is becoming a giant headache. This fast-growing weed, a native of North America, is highly competitive with crops. With seeds larger than those of most other weed species, giant ragweed can emerge from deep in the soil; it thus escapes burial by tillage and avoids pre-emergence herbicides in upper layers of soil.

Giant ragweed has added to its elusive nature in recent years. This weed typically has been one of the earliest summer annuals to emerge in corn and soybean fields. Some giant ragweed populations have adapted to extend emergence into July. Herbicide resistance also is a factor, with some populations resistant to glyphosate, ALS-inhibitors, or perhaps both.

Westward bound. The eastern Corn Belt has been dealing with giant ragweed issues for several years, but these problems seem to be spreading west into states such as Illinois, Iowa, and Minnesota. “You might say it has been our Palmer amaranth,” says Ohio State University weed scientist Mark Loux. “Giant ragweed has adapted well to the common practice of no-till soybeans followed by some tillage ahead of corn. As a large-seeded broadleaf, it benefits from some tillage that allows the large seeds to get soil contact and germinate.” 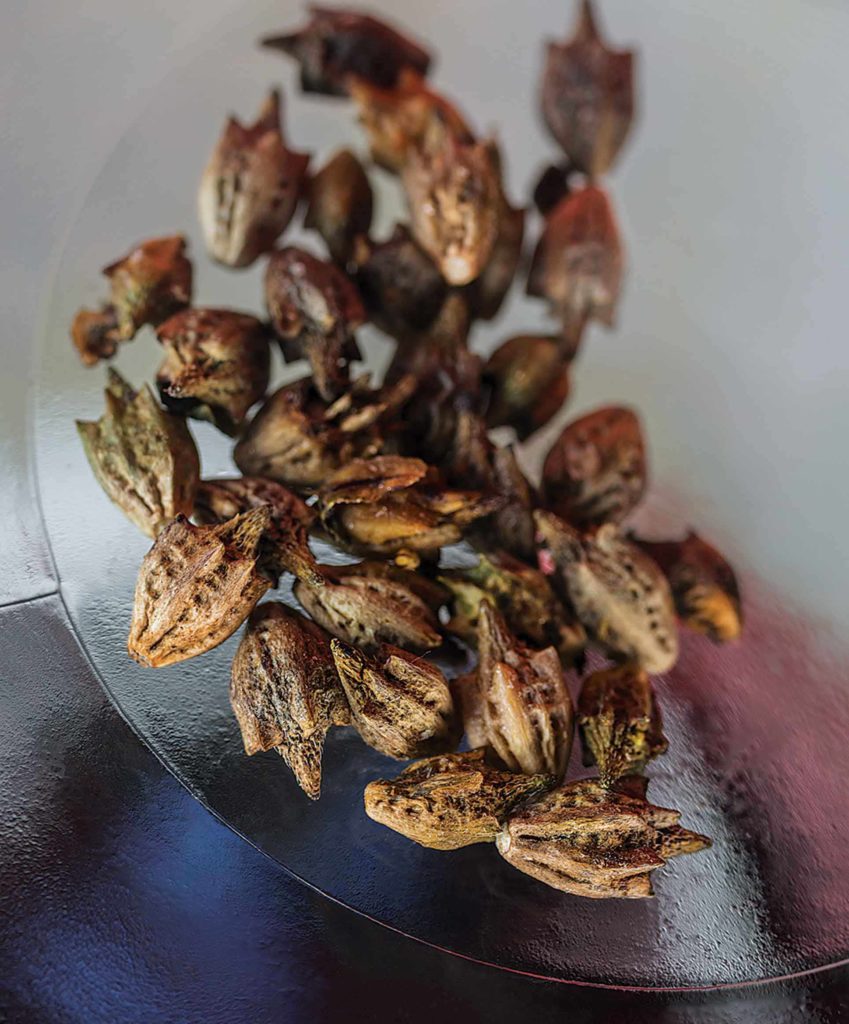 Large seeds give giant ragweed the ability to emerge from deep in the soil, adding to difficulties in control.

Getting ahead of giant ragweed calls for a comprehensive control plan. A fact sheet sponsored by the soybean checkoff is a good starting point for managing this weed. It can be found by visiting TakeActiononWeeds.com.

Back to basics. Some scientists are involved in basic research to find new ways to control giant ragweed. Mycologist David Farr, former curator of the USDA’s Agricultural Research Service National Fungus Collection in Beltsville, Maryland, believes the leaves of giant ragweed might harbor fungi that could lead to a biological solution.

Farr, tipped off by research in Hungary, searched his fungus collection and found a beneficial Septoria species. He used molecular sequencing to characterize the species and named it S. epambrosiae. “Scientists will use the information in helping to develop it as a possible biocontrol agent,” he says.

The plant has another weakness. Its large stems serve as the host for a number of stem-boring insects such as European corn borer. These insects damage the giant ragweed’s vascular system. Many Corn Belt studies find that half or more of giant ragweed plants have been attacked by stem-boring insects once the weed has reached a foot in height. Insect damage reduces the plant’s ability to compete with crops. Unfortunately the damage can interfere with systemic post-emergence herbicides.

Many corn herbicides are effective against giant ragweed. Purdue University weed scientist Bill Johnson suggests that growers focus on a herbicide program for the soybean crop aimed at preventing production of weed seeds. “Give soybeans a head start,” Johnson says. “In a conventional system, that means thorough tillage. In a no-till system, you need to be using a burndown plus a residual.”

Such combinations may include glyphosate plus 2,4-D, dicamba, or Sharpen; or a mix of gramoxone plus Sencor and 2,4-D. Add residual products containing chlorimuron, cloransulam, or imazaquin for giant ragweed that is susceptible to Group 2 (ALS-inhibitor) herbicides.

Post time. Post applications are the next step; an aggressive control program typically calls for two passes. “Timing is critical,” Johnson says. “Giant ragweed grows extremely quickly.” Glyphosate is an option in giant ragweed populations resistant to Group 2 herbicides; FirstRate or Classic can be used on Group 9 (glyphosate) resistant populations. When giant ragweeds are resistant to both Group 2 and Group 9 herbicides, Johnson recommends products such as Flexstar, Cobra, or Phoenix.