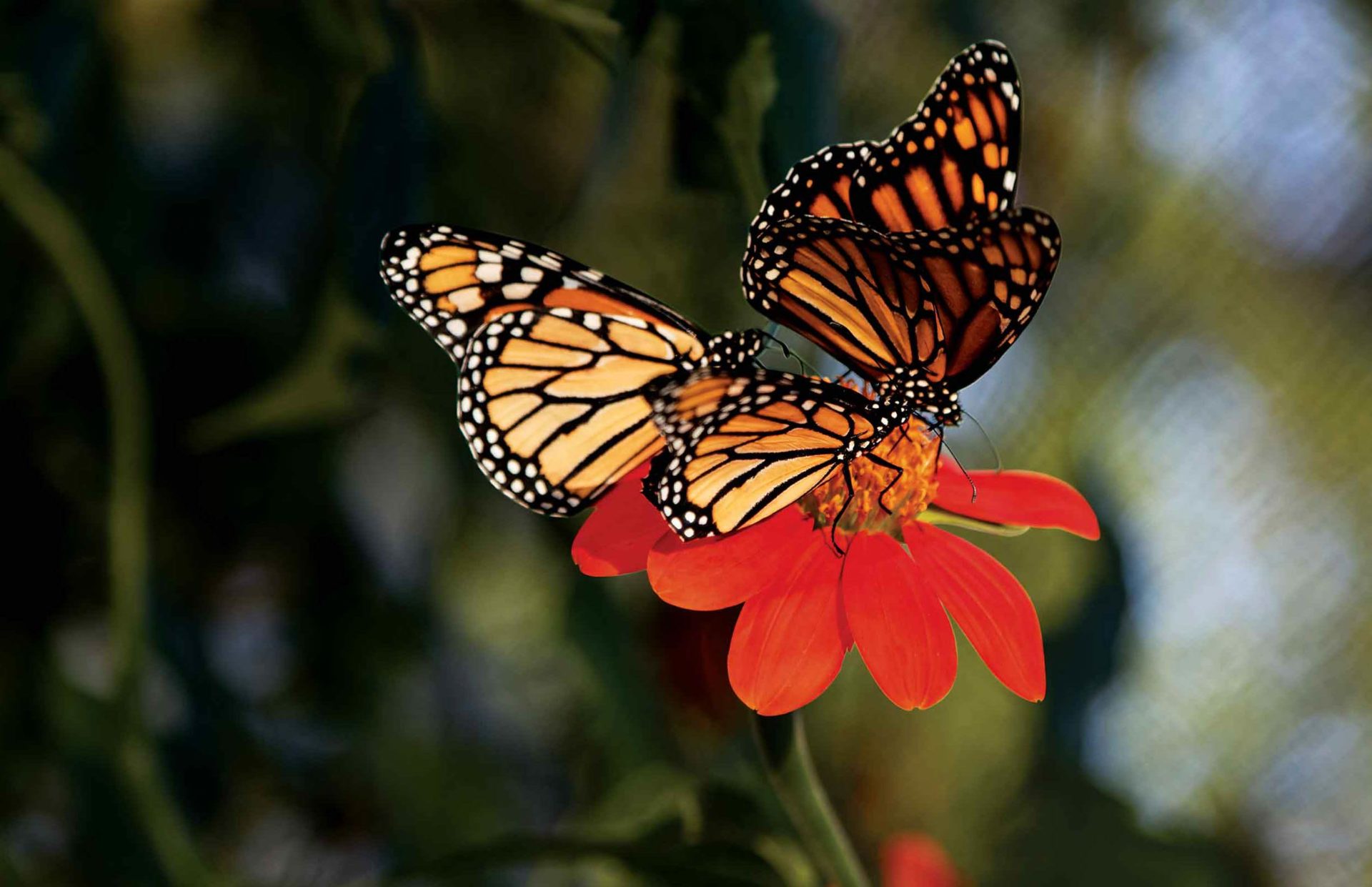 New programs aim to boost habitat for the monarch butterfly.

New programs aim to boost habitat for the monarch butterfly.

Nature sometimes needs a hand, and a new program from the U.S. Department of Agriculture’s Natural Resources Conservation Service (NRCS) intends to help a tiny and vulnerable creature — the monarch butterfly. “This species serves as an indicator of ecosystem health,” says NRCS Chief Jason Weller. “America’s farmers are stewards of the land, and this effort helps them make voluntary improvements that benefit working lands and monarchs.”

Corn Belt challenge. This is a targeted program that will invest $4 million during 2016 in 10 states, which includes the heart of the Corn Belt. NRCS wants to help turn around a decades-long plunge in the monarch population, which has fallen from about a billion in the mid-1990s to only about 34 million today. Experts say the Corn Belt states will play a key role in turning those numbers around.

“Monarch butterfly populations are declining due to a loss of habitat,” says Chip Taylor, a University of Kansas insect ecologist and director of Monarch Watch. “To assure a future for monarchs, conservation and restoration of milkweed needs to become a national priority.” Milkweed is the sole food source for monarch caterpillars, but modern agriculture, using techniques such as herbicide tolerant crops, has nearly eliminated this plant from corn and soybean acres.

Taylor points out that the annual monarch migration is an intricate journey. Monarchs spend the winter in mountain areas west of Mexico City; by early March they head north, with the first generation making it as far as Texas, where that generation lay eggs and die. The monarchs born in Texas head north, typically arriving in Corn Belt states in May; some butterflies range north to Canada, others continue east to New England. After three to four generations on the summer breeding range, the final generation begins the 2,000-mile migration to Mexico in August. Research shows that the majority of the migratory population that overwinters in Mexico were born in Corn Belt states.

More diversity. The new NRCS program will provide technical and financial assistance to help farmers and conservation partners plant milkweed, as well as nectar-rich plants, along field borders; in buffers adjacent to waterways or around wetlands; in pastures, or other suitable locations. NRCS also plans to help ranchers manage lands to increase milkweed populations while enhancing the health of the rangeland.

Experts hope that these efforts lead to an extensive monarch-milkweed corridor along the migration route, which roughly follows the track of Interstate 35. Ann Ryan, a program assistant for Monarch Watch, points out that even small spaces devoted to milkweeds and nectar plants have helped stem the decline in monarch populations. “These monarch waystations have helped fill the gap,” she says. “But there is a need for large-scale partnerships to boost habitat.”

Neal Smith Wildlife Refuge protects thousands of acres of prairie in Jasper County, Iowa, and has been the site of early efforts by partners in the Iowa Monarch Conservation Consortium to enhance milkweed in the landscape. Gary Van Ryswyk farms the crop acres in the refuge, and has established perennial buffer strips on some of his own land. “I can see potential for incorporating milkweed and pollinator plants,” he says. “I will be interested to learn more as these programs get going.”

A Farm Of Her Own

Lydia Ryall calls her own shots on her farm.

"Saffron is more than just another pint-sized purple flower. It’s a link to the exotic East...".