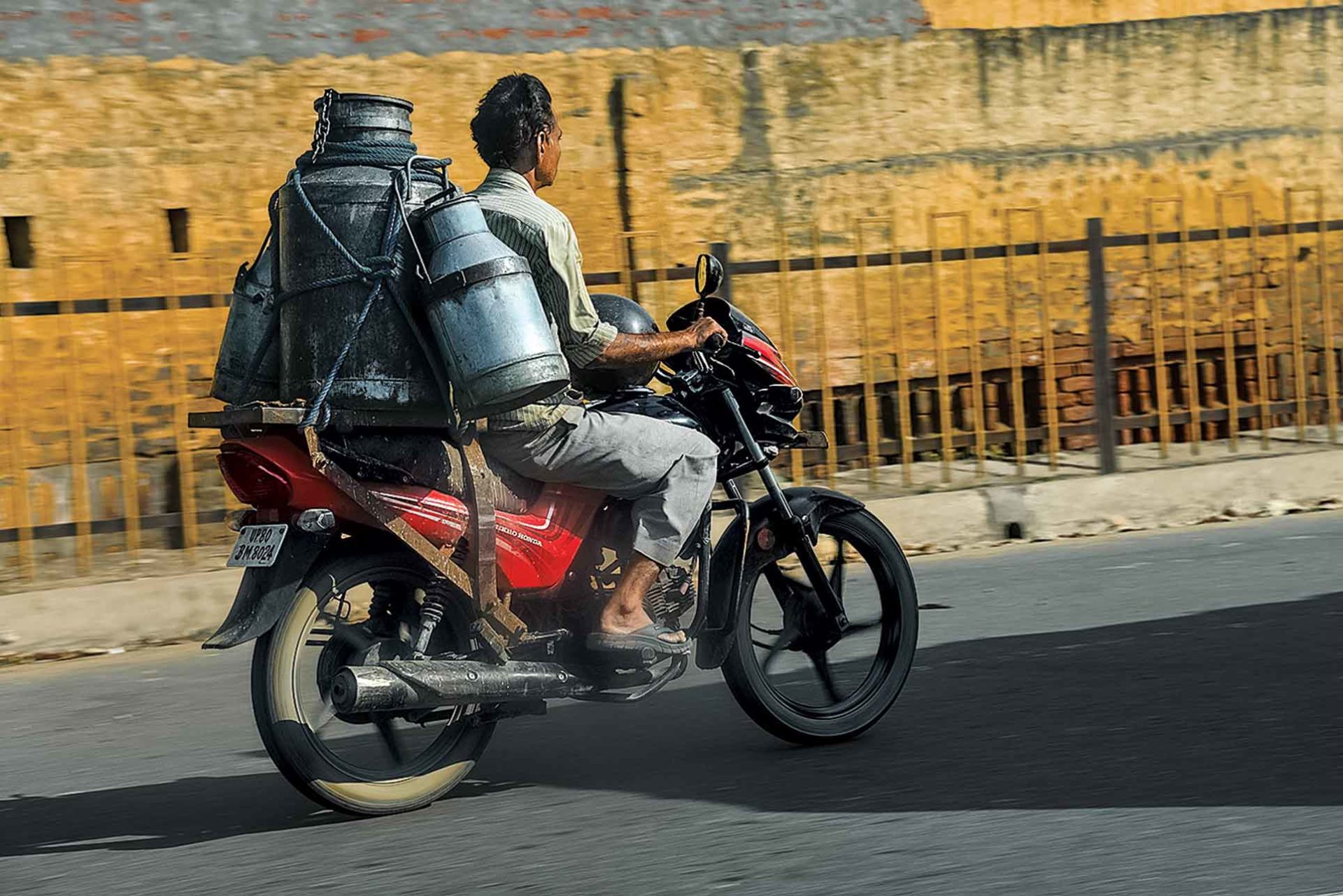 The world is smaller than ever for American dairy farmers as the industry becomes increasingly dependent on exports. Last year, about 14% of the value of U.S. milk production was exported. Just a decade ago, that figure was about 5%.

“Growth, for us, is export,” points out Alan Levitt, vice president of communications and market analysis for the U.S. Dairy Export Council (USDEC), located in Arlington, Virginia. “From a dairy farmer’s perspective, if a farmer wants to add cows or bring in the next generation, he needs to find a market for that milk, and invariably that market will be overseas.”

Global influence. For the past eight years, that market has been driven by China. China’s appetite for dairy products quadrupled between 2000 and 2013, when it accounted for 17% of all dairy exports worldwide.

So when the Chinese backed off on imports by about one-third in mid-2014, the wheels came off global dairy prices. It also didn’t help that Russia almost simultaneously blocked farm imports from the European Union just as farmers in the top EU dairy countries were gearing up to expand. 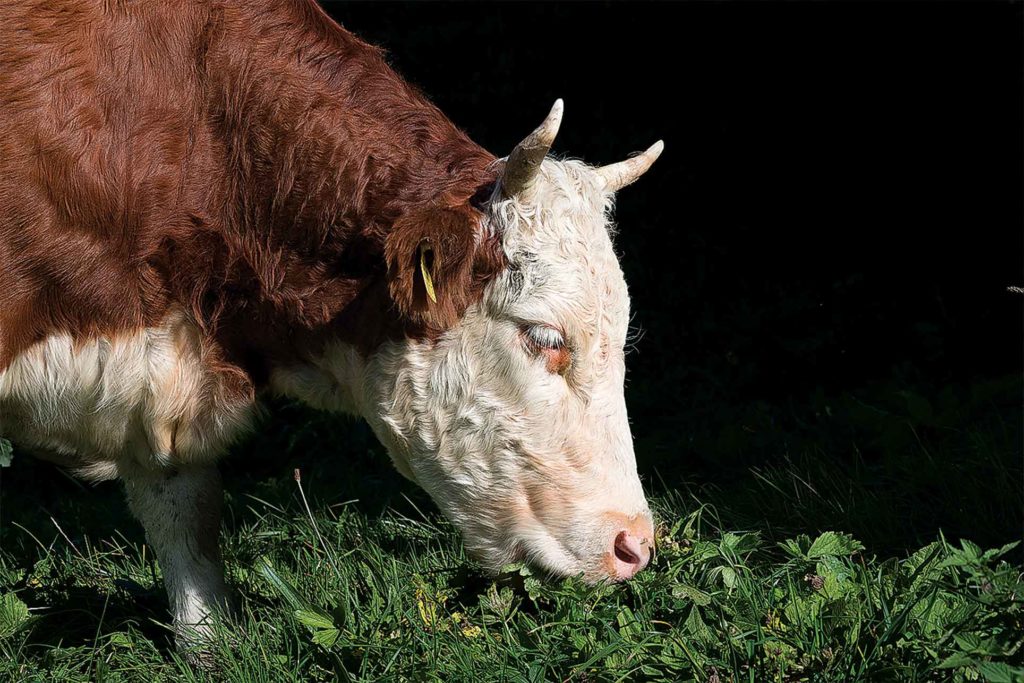 The result was global whiplash. Production in the U.S., EU, New Zealand, Australia, and Argentina had been rising 2% per year since 2010.  New Zealand, which exports 95% of its milk, hit the brakes hard — Levitt estimates its 2015/2016 output will be down 4 to 6%. But Ireland and the Netherlands were in the process of boosting milk output 10% in the first eight months after the EU abolished quotas last April, and European processors were unveiling new milk powder plants.

Productivity gains are almost a religion in top EU milk nations like Denmark, where rations are an art form and one in eight dairy farms runs a robotic milker. There, annual per-cow yield was expected to top 10,000 liters (22,720 pounds) in 2015, and the industry plans on averaging 11,000 liters (29,920 pounds) by 2018.

In New Zealand — where huge co-op Fonterra loads a 20-foot shipping container with milk powder every 2.5 minutes — dairy industry is in flux.

For generations, lush, rain-fed pastures have made the nation a low-cost milk producer. But with years of high milk prices, Asian markets growing, and skyrocketing land costs, many New Zealand producers had invested in intensifying their operations.

David Harris, who milks 300 cows in New Zealand’s Waikato region, lengthened his milking season by more than two months and nearly doubled his production by introducing a silage-based ration, much of which is formulated from purchased ingredients. In short, Harris modified his traditional pasture-based dairy to look a lot more like a California farm.

“Of course, the problem with this system is when you have a lower payout, your margins go down quite a lot,” he admits.

Still, Harris, who analyzes every aspect of his farm to the penny, believes the future lies in intensification.

“Putting in the feed pad is the best thing I’ve ever done,” Harris declares. 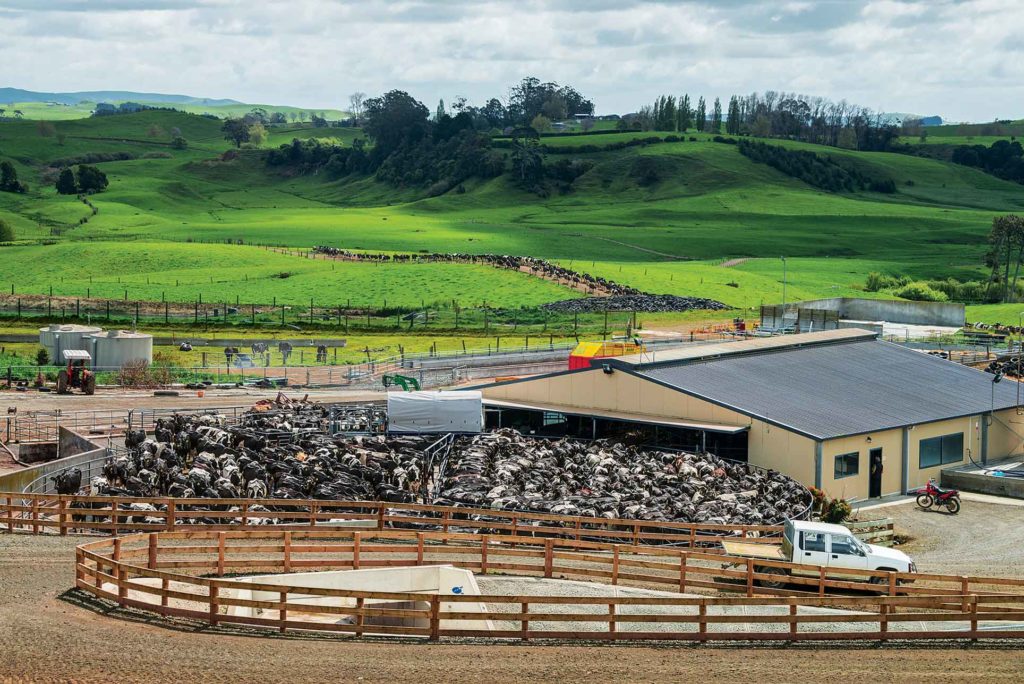 David and Jeremy Bennett’s 1,055 cows cycle through the rotary milker in about three hours, part of the New Zealanders’ quest for efficiency.

“We may have to go to more per-cow production and less cows to get less nitrogen,” Bennett predicts.

On the plus side, developing markets like Zambia are on the upswing.

It will take a while, but population and income growth in sub-Saharan Africa will build markets. After decades of milk self-sufficiency, India’s dairy board expects the country to return to importing milk by 2020. And China’s appetite will return for cheese, whey, lactose, and other ingredients efficiently produced in the U.S.

That matters more than ever to American farmers. “We’re exporting 14 or 15% of our production — there’s no turning back now,” says Levitt. “This is a market we’re going to have to figure out how to stay in.” 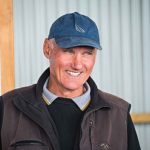 David Harris of New Zealand’s Waikato region is intensifying his operation with rations. 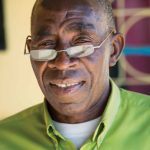 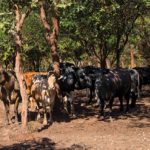 In Mazabuka, Zambia, Francis Moomga’s dairy herd expanded from the local average of 3 cows to his current lineup of 28. 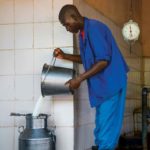 A milker prepares an afternoon delivery for oxcart transport to the Magoye Smallholders Dairy Cooperative in Mazabuka, Zambia. Local yields average 3 to 5 liters (7 to 13.6 pounds) per cow per day