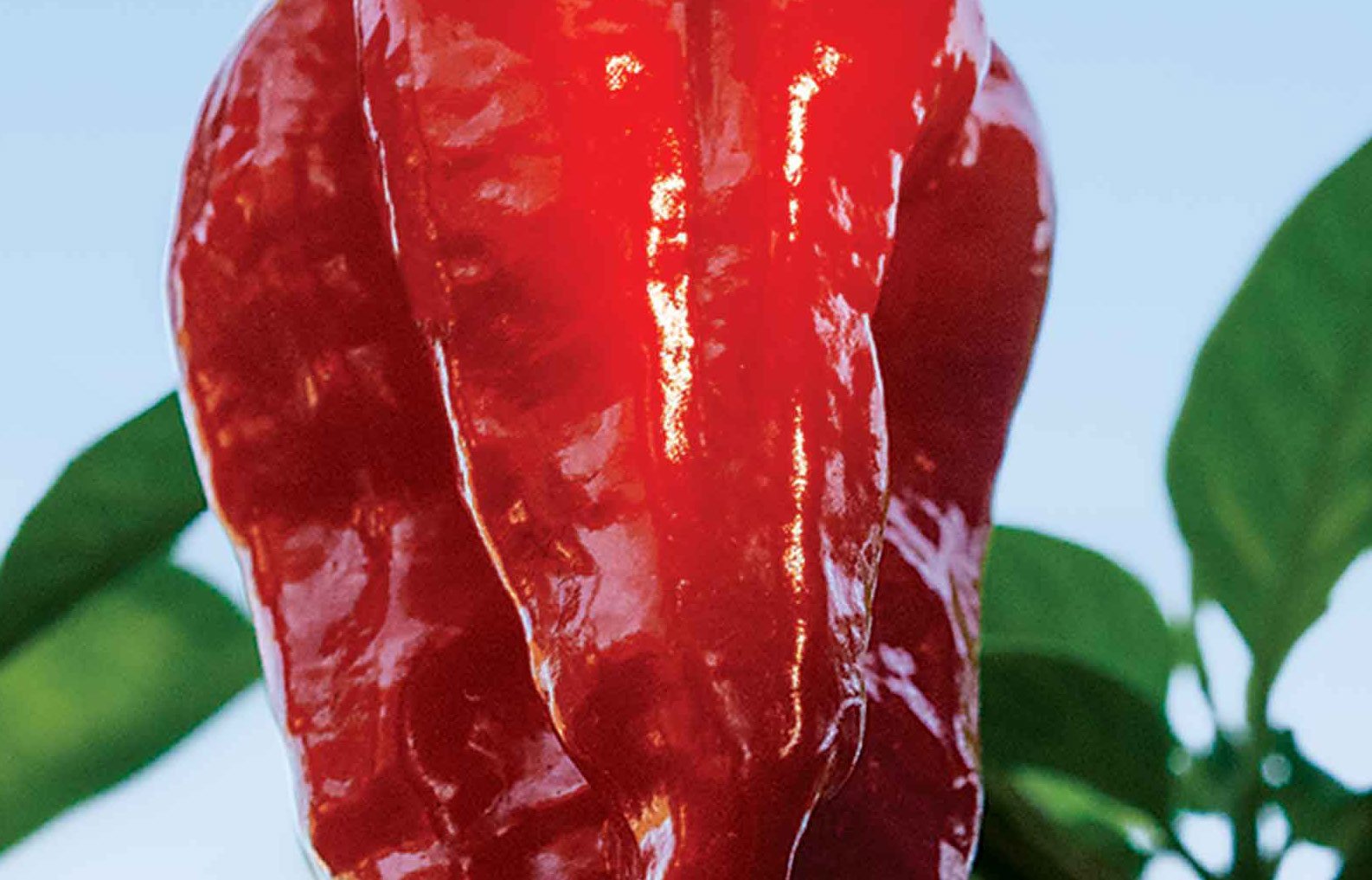 Let’s mention the “O” word right up front here: obsession. David Lechner realizes that he’s more than just a bit caught up in his latest pursuit: developing the world’s hottest chili pepper in one of the unlikeliest locations, Palm Harbor, Florida.

Here, adjacent to Clearwater, with its white sand beaches and palm trees and hibiscus, he spends much of his time at his house working with peppers. Peppers of all shapes and colors fill his back yard. His house–plenty nice for a bachelor pad–is full of, well, all kinds of pepper stuff.

Having fun. “I am doing something I love. I don’t mind doing the tedious things that are part of it. I’m having fun. It’s exciting. It’s relaxing,” says the 26-year old Lechner, who studied geomatics at the University of Florida and works for a surveying and mapping company in the area.

“I’m an entrepreneur at heart. I’ve shipped out orders for peppers all over the world, to every continent except Antarctica. I ship seeds almost daily, and ship live plants across the country. I make hot sauces from the peppers. I dabble in real estate a little bit. I’ve designed and made web sites since high school. I like doing things.”

Doing things halfway wouldn’t feel right to Lechner so, naturally, he wants to breed the world’s hottest chile pepper. Right in the pots in his back yard, he already grows plenty hot enough to make most folks feel like sprinting to the canal back there to cool the burn. They’re not just hot. They’re incredibly, sensationally hot.

Hot, hot, hotter. Lechner raises them all, along with some lesser lights in his chile pepper lineup. He likes to point out their SHU ratings. The Scoville scale measures the spicy heat produced by capsaicin. The higher the number, the hotter the pepper. That means the Carolina Reaper is more than twice as hot as the revered Ghost Pepper, considered by many to be hotter than hot. Growing these isn’t quite enough for Lechner, however. He wants to breed his peppers to push that capsaicin level even higher, to develop the world’s hottest chile pepper right here in his backyard.

Pepper status. Why? In the chile pepper world, heat carries status. The higher the SHU, the greater the demand and acclaim among the aficionados Lechner calls pepper heads. These heat-craving fans represent his market for seeds on every continent except, as he points out, Antarctica. 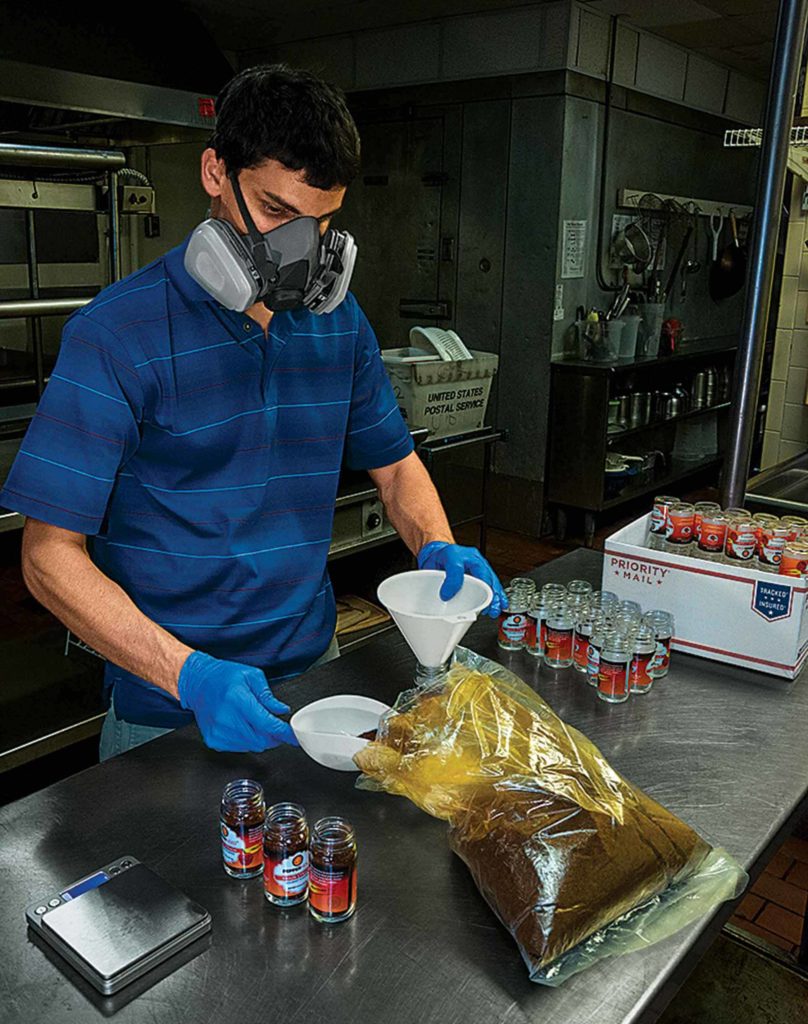 The success of the Carolina Reaper particularly intrigues him. Developed by Ed Currie, who runs, a-hem, PuckerButt Pepper Company at Fort Mill, South Carolina, the Reaper shot to fame after Guinness World Records called it the world’s hottest on August 7, 2013. A cross between a Ghost Pepper and a Red Habanero, Guinness rated it at a little more than 1.5 million SHU. Other folks swear it reaches the 2.2 million SHU level. Whatever. It’s hotter than hot. As Currie says on his extensive web site, the Carolina Reaper isn’t just hot, it’s “stupit” hot.

Lechner has nothing but respect for Smokin’ Ed Currie’s achievements. The Floridian, though, wants to wrest that world’s hottest chile pepper title away from Currie. To Lechner, it’s just a matter of business. Hotter pepper means greater sales. That’s how things work among pepper heads.

Among pepper heads and other adventurous people, hot sauces have exploded in popularity. Some eat the peppers themselves. Lechner says he puts chile powder on just about everything he eats.

“There are die-hard people that absolutely love spicy foods, and I’m one of them,” he says. “It’s the kind of thing where you build up tolerance to the hotness of the pepper. You get used to it and want a hotter one, then an even hotter one. People tend to start slowly, with Tabasco sauce, then work their way up. You do grow accustomed to it bit by bit.”

Today’s Carolina Reaper may not be tomorrow’s ho-hum pepper, but pepper heads always look for something hotter. For Lechner, that represents both a challenge and a never-dwindling market of heat-craving buyers.

He grows the pepper plants in fabric pots to protect them from excess moisture. They are fed nutrients through hydroponics. Since root-pruning nematodes fill the soil in his area, he makes his own ‘soil’ from a mix of pine bark, vermiculite, perlite and peat moss. Whatever he’s doing, the pepper plants respond well, reaching well above head high.

The long haul. It will take three or four years to develop a new super-hot pepper variety, Lechner says. Being in Florida helps get multiple generations in a year. He’s already hard at it.

“I’m going to keep chasing the world’s hottest chile pepper. My ultimate goal right now is to beat the Carolina Reaper. It’ll take several generations to get a completely stable plant. Right now, I just have to wait for those seeds,” Lechner says.

He grew his first chile peppers when he was in middle school, so he isn’t exactly a beginner. The new web site he’s putting up should surprise no one: PepperHead.com. 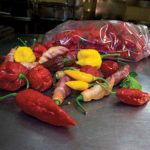 In addition to the hotter-than-hot Carolina Reaper, David Lechner grows several other types of chile peppers at his home in Palm Harbor, Fla. 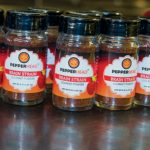 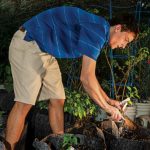 Lechner babies each pepper plant with special soil and hydroponic water filled with nutrients. His goal: developing a new champion for chile hotness.