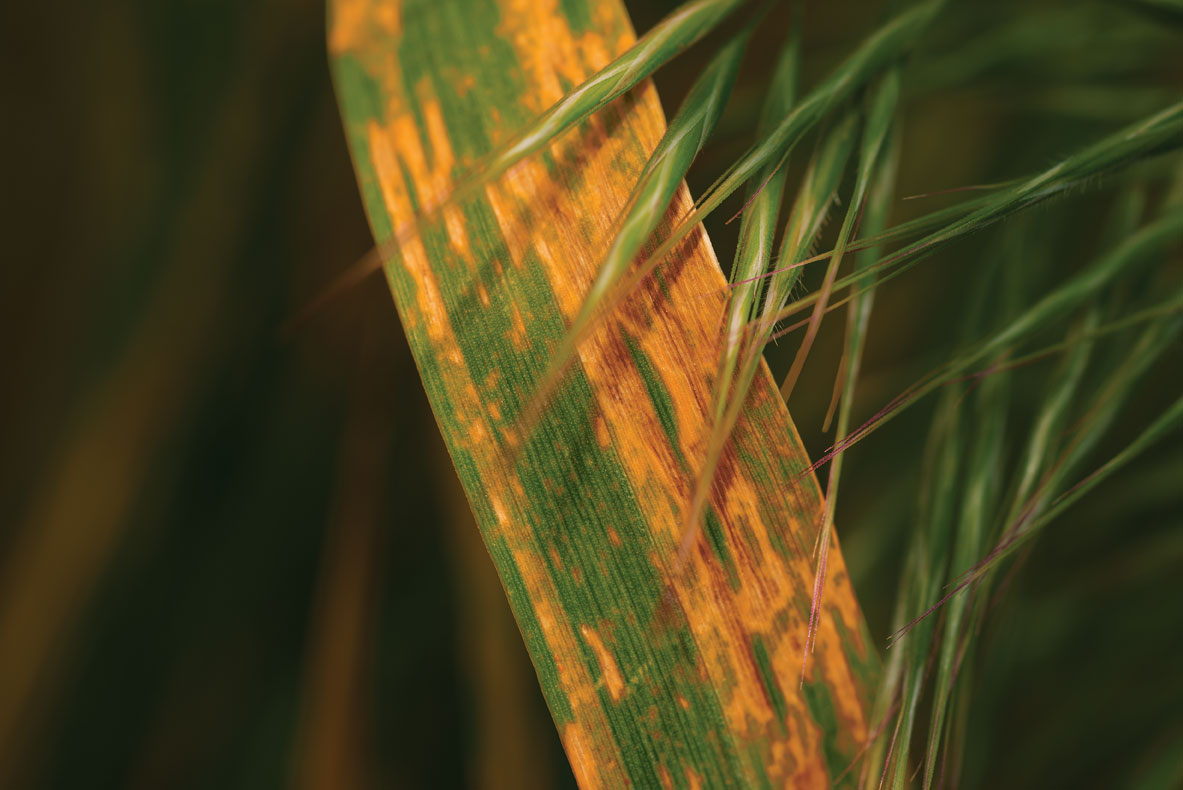 Climate change may tip the scales for wheat, weeds, and diseases.

Climate change may tip the scales for wheat, weeds, and diseases.

Tipping the scales in favor of their growing crops is a never-ending job for farmers. Montana State University researchers are working to determine if Mother Nature will tip the scale in farmers’ favor or in the favor of weeds, disease, and other pests as the climate changes.

“Many studies have looked at how climate change impacts single species. We’re trying to determine how it will affect the interactions between crops and pests,” says Fabian Menalled, MSU professor of weed ecology.

Top contenders. Menalled and his team are tackling the complex task of evaluating the competitive balance of winter wheat, downy brome (cheatgrass), and diseases such as wheat streak mosaic virus as they’re challenged with elevated temperatures and changes in precipitation.

“These are changes we’ve already seen in Montana and expect to continue,” he says. A paper examining data from Montana research stations between 1950 and 2007 found  a statewide temperature increase of 1.3  Celsius, moving spring wheat planting dates ahead 10 days during that time.

Another change is an increasing concentration of carbon dioxide. “We’ve already seen an increase in CO2 in my lifetime. Crops generally benefit from increased CO2, but many studies show weeds benefit more,” he says. Yet another reason to evaluate change in a competitive environment.

While the 3-year study is just getting underway, Menalled is betting on the weeds and diseases to come out on top. “Due to breeding, the genetic diversity of our crops is relatively small as compared to the wide range of genetic diversity found in weeds and pests,” he says. “Because of that range, they’re more likely to perform better in a variable climate scenario.” 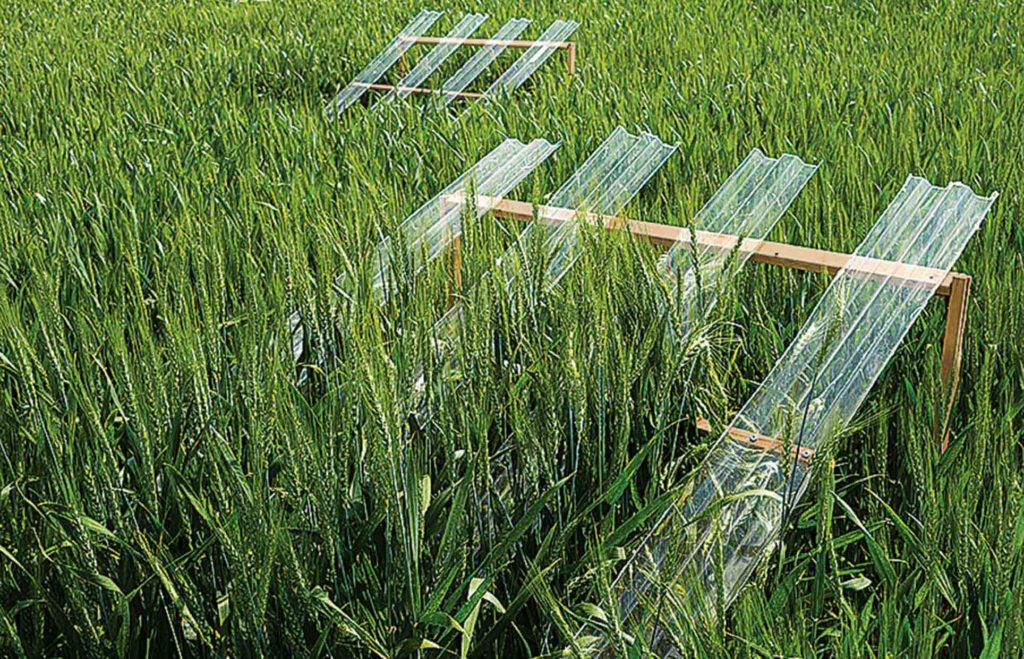 Rain shields allow researchers to simulate the impacts of decreased precipitation on the wheat-pest balance.

If weeds, for example, come out on top, it could have major implications for farmers. “In 2012 we identified cheatgrass resistant to Group 2 ALS inhibitor herbicides in Montana,” Menalled says. “So far, this has been contained, but based on the lessons learned from other resistance cases, it’s only likely to increase with time.

Wheat, cheatgrass, and disease were selected for study because of how they interconnect in the field. For example, cheatgrass is an alternate host for fusarium pseudograminearum, a fungal pathogen that can cause root crown rot in winter wheat. Cheatgrass is also an alternate host for wheat streak mosaic virus, both resulting in increased issues in the wheat crop. In addition to field studies, they’re using indoor growth chambers to measure impacts of CO2.

“This is so complex because not every disease or weed species is going to react the same to these conditions,” Menalled says. “It’s really dangerous for us to generalize, that’s why it’s so important for us to look at all these variables and try to understand the potential impacts of climate change in Montana. We really don’t know.”

Imminent change. One thing Menalled is certain of is an increase in temperature and extreme weather events. He advises farmers to imitate what he imagines might give weeds and disease an edge — diversity.

“As we look at climate change it’s going to be important to diversify our cropping systems and use integrated pest management. It will be necessary to have a variety of ways to deal with pests because they might become more difficult to control,” he says.