Beyond the images of misery and war, there’s another Africa — one filled with hope, promise, and stability.

You can see it in Zambia, a nation about the size of Texas in southern Africa. In the 1990s, high food prices sparked riots, and Zambia struggled to import corn. Today, the country sells corn to its neighbors, and its GDP has grown 6 to 7% per year for a decade.

Relentless optimism. The promise is expressed in the smiles of children waving at passing traffic, and the  singing of commuters crowded into shared taxi vans. It’s dressed in the elegant work clothes of the people walking the dusty roads on the outskirts of the capital city, Lusaka, the women in sapphire and ruby blouses, men in black coats, hats, and ties. And it’s in the relentless optimism of the owners of Never Lose Hope Restaurant, God Is With Us Grocery, and the Flamboyant School for Special Children, where the sign reminds passing drivers that Every Day is a Miracle.

The future is wide open for Zambian agriculture. Agriculture accounts for 20% of the country’s GDP and 85% of its jobs. Even so, farms only utilize about 3% of Zambia’s 103 million acres of arable land, leaving room to grow. Big rivers, rich aquifers, and generally reliable rainfall bless the country with water.

Matter of scale. The range of farm types in Zambia is as broad as the landscape itself.

Ndambo says the country is also home to about 1,100 large farms of 125 to 12,350 acres, as well as 38 huge corporate farms. The government is also offering 11 tracts of 25,000 acres apiece free to foreign farming corporations that can present strong business plans. 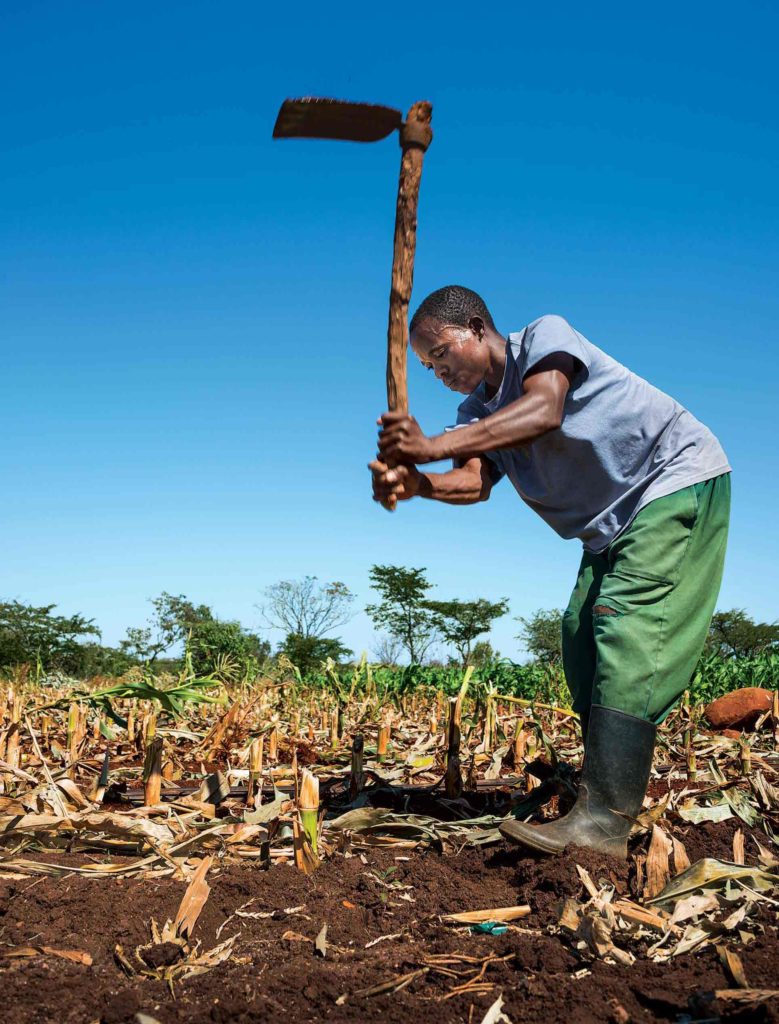 Hand work is still the norm at Tapiwa Farm, which at 44 acres is almost big enough to profitably invest in mechanization. Sweet corn and vegetables from the farm are purchased by roadside sellers.

Despite the huge-parcel giveaway, “even the smallest producer has a role to play in the growth of the agricultural sector,” says Given Lubinda, Minster of Agriculture and Livestock.

The government is shifting at least 20 percent of its subsidies to alternative crops — including soybeans, cotton, sunflower, edible beans, and rice — to encourage diversification. It’s a hedge against the shortening wet season, as well as a campaign to reduce malnutrition.

“We have reports that indicate that nourishment of children is low,” explains Minister Lubinda. “That is paradoxical in a country that boasts of being able to export maize. But it becomes clear when you look at the food basket and it is maize and maize and maize and maize. Maize has no protein. So we are shifting support from maize to other crops.”

Farms like Tapiwa are ideally sized to adopt irrigation, and just about big enough to invest in tractors and implements. ZNFU, the government, and private industry are working to encourage small-to-medium-sized farmers to form “machinery rings”—teams of family members, neighbors, or local co-ops that can band together to amass the 60 acres or so needed to earn a return on shared equipment.

Cotton farmers have begun forming study circles of 10 to 16 neighbors, says Joseph Nkole, national coordinator of Cotton Association Zambia. Encouraged by the association and the Swedish Cooperative Center, about 50 of the circles have formed so far, and Nkole expects to see more as word of the circles’
success travels through the countryside.

Creating pools of capital fills a huge gap. Most farmers operate on tribal land, owned by local chiefs. Without title, they can’t secure loans. Credit from input suppliers is widely abused, and commercial loans, where available, can add three to 12 percent over prime.

Teaming up has been a lifeline for members of the Magoye Smallholders Dairy Farmer Cooperative in Mazabuka, part of the Southern Province. The average herd size in the co-op is five head, mostly hardy-but-low-producing native breeds. Coordinating with ZNFU, Zanaco Bank, and the government, the cooperative has engineered a deal to finance herd improvements, lending money so farmers can access Holstein genetics.

“But the small farmers have no collateral,” notes John Hapeela Mweemba, vice chairman of the Magoye cooperative. “This time, things are being lightened by using the co-op, to use the name of the cooperative as collateral.”

Since its establishment in 1997, the milk co-op has improved the market for members’ milk, boosted production, and even helped them secure bicycles to transport their milk.

“There is a remarkable improvement in our living standards in our community,” Mweemba says. “A lot of our farmers are escaping the poverty trap. We are able to get our children to school. Even our housing arrangements have improved as a result of marketing milk.”

Private enterprise has also found ways to boost small growers. From a hill outside Mazabuka, visitors are treated to a view of an emerald sea of sugar cane fields stretching to the horizon, property of Zambia Sugar. At the base of the hill is a village, home to the families of 160 smallholder farmers who farm 16.5-acre blocks within that green ocean and also take on wage-earning seasonal work like spraying and harvesting on company land.

Local involvement. “The original goal was inclusion and involvement of locals in the sugar-growing process,” says Kaleya Smallholders estate manager Muimui Mufana, who earned his BS and MS degrees in the U.S. Kaleya, partly owned by the farmers who manage the land, owns 6,425 acres of cane. The smallholders sell their harvest to Zambia Sugar, earning about $12,000 per year — as much as twice the national average for small farmers.

“Each farming family has an average of 12 dependents,” Mufana adds. “For every farmer you bring on board, you have a huge impact on the number of people you are helping.”

Vora, who emigrated to Zambia 25 years ago from India, is a former banker who has already built businesses with an eye toward helping neighbors. His latest goal is to create a market for 3,000 farmers whose current outlet is selling their produce by the side of the road.

“Small farmers are providing products like fruits and vegetables, but they don’t have enough market,” Vora says. “If you go from here to Lusaka you find plenty of tomatoes and vegetables by the roadside. But if you want sustainable vegetable farming, you have to add value. This is how you add value.” 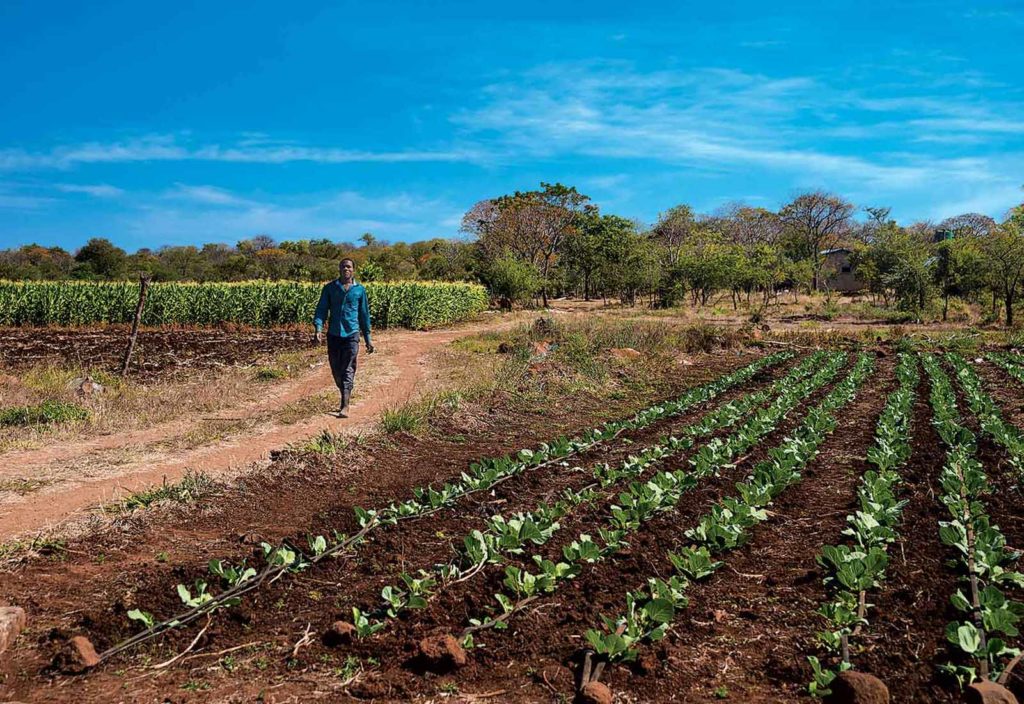 Small farmers factor into even Zambia’s biggest operations. Zambeef, which slaughters 2,000 head of cattle per month, buys its feeder cattle from small and commercial herders, coaching them on cattle management and animal health. And Zambezi Ranching and Cropping — a 74,000-acre, highly diversified operation outside Lusaka with everything from pigs to potatoes — gives excess tobacco seedlings to local smallholders and cures their tobacco at virtually no cost. Workers and their families get free health care in the on-farm clinic; neighbors pay $1.50 for visits and medicine.

“We believe a healthy community is a loyal community, which is imperative to survival in Africa,” says managing director Graham Rae.

Though Rae spends $15,000 per month on armed guards to prevent poaching of his livestock, Zambia’s rule of law and political stability are a world away from the chaos of his native Zimbabwe, where Rae lost his farm in 2001 to government-backed anti-white mobs.

Zambia still faces challenges. Corn yield averages about 1.1 metric tons per hectare (about 18 bushels per acre), the past few rainy seasons have come up short, and disease pressure — human, crop, and livestock — is high.

Still, Zambia is a shining light in the region.

“Zambia is in the process to evolve and discover itself,” says Klaus Eckstein, chief executive and country head for Bayer CropScience’s Southern Africa region. “If you compare them to the U.S. or Germany, they’re behind. But if you compare them between five years ago and where they are now, it’s amazing.” 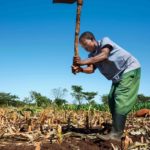 Hand work is still the norm at Tapiwa Farm, which at 44 acres is almost big enough to profitably invest in mechanization. Sweet corn and vegetables from the farm are purchased by roadside sellers. 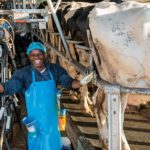 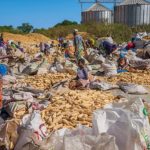 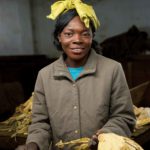 Tobacco has long been a key export crop for Zambezi Ranching and Cropping, a 74,000-acre operation. The farm offers jobs, free tobacco seedlings, and a health clinic to local smallholders. 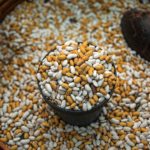 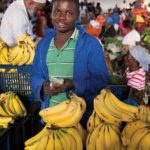 Bananas come from Zambia’s hot, humid North to this market in the capital, Lusaka.

The Case For A Raindrop Audit

Farmer and editor Dean Houghton on the case for a "comprehensive water management plan."