A behind the scenes look at the marvelous logistical dance that fills our supermarkets.

A behind the scenes look at the marvelous logistical dance that fills our supermarkets.

Buying food has never been easier. Dr. Barry Prentice, a transportation and logistics expert with the University of Manitoba in Winnipeg, describes the phenomena as the miracle of the supermarket.

“There’s always bread on the shelf every time you go to the store” says Prentice. “Everyone gets a fresh loaf; nobody buys day-old bread unless they want to. How does that happen? It’s the result of thousands of independent decisions that are conducted and orchestrated for us by the price system. It’s really quite marvelous.”

Not that long ago finding a basket of fresh strawberries in the grocery store was a sign of spring. Baby boomers can remember when the arrival of the first wooden boxes of mandarin oranges from Japan meant Christmas was nearly here. Those days are gone; there is no such thing as seasonality anymore. You can buy fresh watermelon in January if you want. It’s all thanks to a behind-the-scenes logistical symphony that keeps supermarkets’ shelves stocked.

Continuous stream. Every symphony needs a skilled conductor, and for the 575 stores and 100 food services outlets that are supplied by The Grocery People (TGP), a subsidiary of Federated Co-operatives Limited in Saskatoon, Saskatchewan, that conductor is Mike Furi.

As head of produce procurement and pricing for the company, it’s Furi’s job to ensure an uninterrupted stream of products from farms and food processors around the world hits the company’s distribution centers. They need to arrive on time and be competitively priced. Produce also has to have the taste and texture that customers have come to expect. 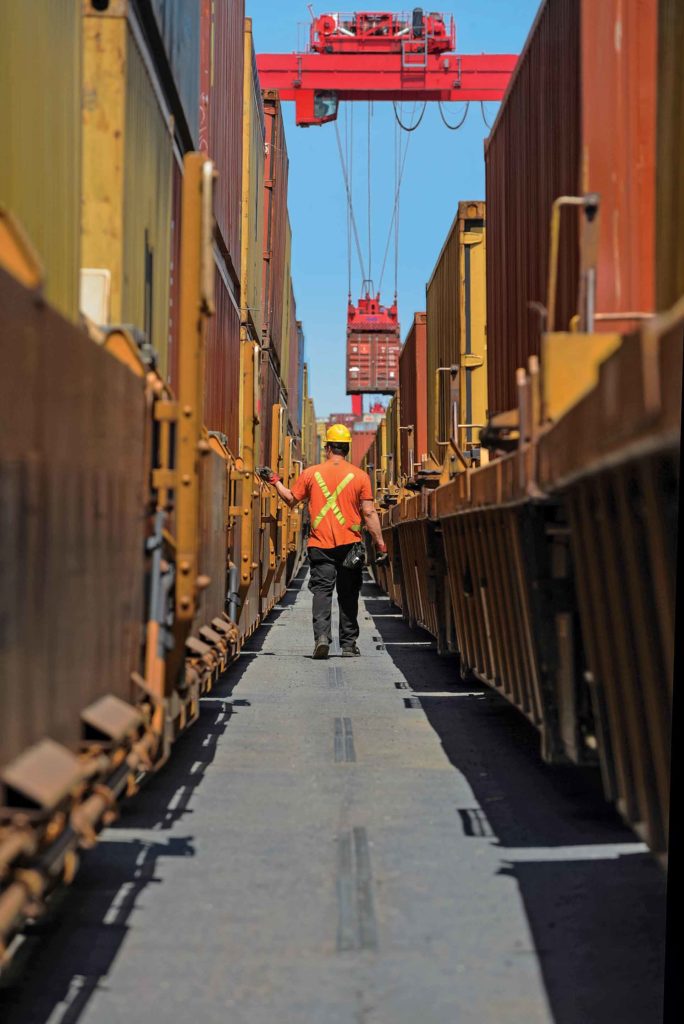 Refrigerated containers bring in produce from all over the world to Canada.

“Our consumers want easy-peel mandarin oranges fifty-two weeks of the year,” Furi says. They’re always available from somewhere, but the problem is their taste profiles vary from region to region around the world. Our customers expect mandarins that taste like those that come from Japan and China in November and December. Those are only available for about six weeks so we do a lot of testing to find varieties with an acceptable taste profile from other locations for the rest of the year. Consumers just come in and pick up some oranges and go home, they never realize what has taken place in the background to make it possible.

TGP’s global supply chains work smoothly because Furi’s procurement group starts planning months and sometimes up to a year in advance. New crop Mexican grapes should be ready to ship by mid-May but their grape buyer will start contacting growers sometime in February to make sure the crop is on target.

Build relationships. “I need to know what is happening with their commodity so we don’t have gaps when it hits the stores to keep our customers happy,” Furi says. “There are always gaps but the goal is to be able to shift seamlessly from one source to the next. So when the offshore grapes from South Africa finish in May, new crop grapes from Mexico should be ready to ship. Our grape buyer will have started contacting our Mexican growing partners in February or March to make sure their crop is on track. The Mexican grape crop actually came in a couple weeks early this year but we were ready for it because we’d been in constant communication with our growing partners. It takes real teamwork right from the farmer to the retailer on a global scale.”

Modern communication technology has allowed farmers to become better integrated into global supply chains, Furi says. A decade ago, farmers grew a crop and then hoped to sell it. Now they grow specific crops that have been contracted to wholesale customers that could be in the U.S., Canada, Russia, Europe or Australia. They know exactly where their crop is going before it’s planted.

Watermelon radish. “Several years ago I started getting calls from retail looking for a watermelon radish,” Furi says. “I had never heard of it before but I did some digging and soon found the variety. It was red on the inside like a watermelon. A chef featured it on a cooking show and every consumer who watched the show in our marketplace started asking for this radish. We brought some in and they were hot commodity for awhile.”

“A grocery chain’s point of sale system allows them to keep close track of what customers are buying,” Prentice says. “The checkout clerk scans a products barcode as it moves out of the store. It creates the need for more of it and a signal goes back to the warehouse and the distribution to send more. This in turn sends a signal to the supplier to send more forward.  So goods are pulled through the supply chain by the consumer orders.”

The demand for local food is a good example. Consumers want it so the chains do their best to supply it. 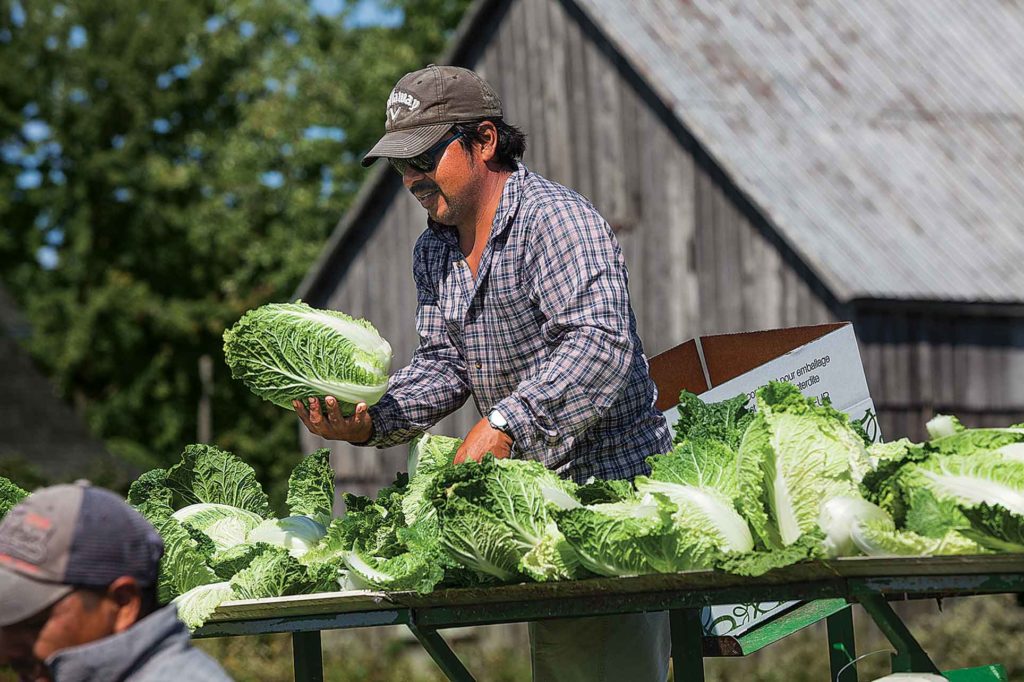 Nurture local production. The farming region around Saskatoon is a great place to source canola, wheat or lentils but it’s not a hotbed of horticultural production. That’s a problem when your customers are demanding locally grown produce. Since there weren’t many local vegetable producers in the region, TGP made the decision to nurture the nascent industry.

When Dan Erlandson, a third generation horticulture producer from Outlook, Saskatchewan, launched his own operation, he started by growing vegetables and selling at farmers markets. Produce managers from individual co-op stores though soon started contacting him to supply them too. Erlandson and 15 other local growers decided to pool their marketing efforts to start supplying the Federated Co-op’s distribution center under the Prairie Fresh Food Corporation label.

“Going from selling at a farmers market to supplying a distribution center was a major learning curve but the co-op allowed us to prove ourselves in small steps,” says Erlandson. “At the start they said, ‘we’ll take whatever you can produce, whether it’s one case or a hundred.’ They’ve been incredibly patient as we’ve learned to grow on a larger scale.”

“We meet with the local growers around November to discuss how the year has gone,” Furi says. “They tell us what they want to grow, how much they can grow and what price they need to be profitable. I analyze what they tell me and say you could grow more of this item, less of that item and make verbal commitments to buy a certain volume and commit to a price. We’ll follow up through the growing season to make sure there are no problems. The advantage to them is they know exactly where their crop is going to be sold before they plant it.” 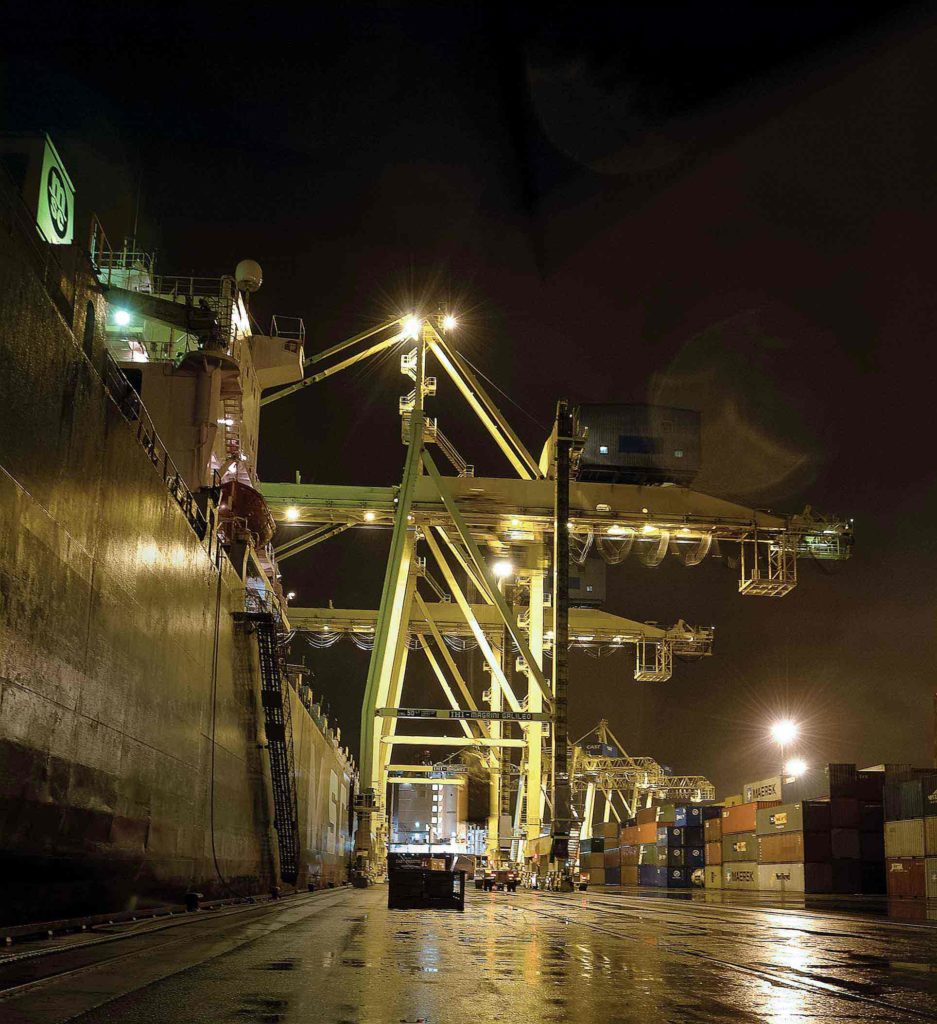 Containers have revolutionized the transportation of goods.

Customized baskets. The grocery business is extremely competitive so the chains who are going to be the most competitive are the ones who best know what their customers want,” says Vijay Gill, assistant vice-president of CPCS North America in Toronto, Ontario. “Chains don’t worry about having the lowest price on every product. Their focus is on having the lowest price on the customized basket of products that an individual customer buys. They are willing to lose money on one product, make a little bit on another and more on the rest. But they have to make sure they have everything on hand to meet the needs of all their different customers because if they are missing just a couple items they are going to lose all of that individual’s purchases.

he problem, Gill explains, is that everybody has a completely different set of preferences. Stores don’t want to be sitting on piles of goods that don’t sell. Fresh food products are a particular problem because if they don’t sell quickly they’ll lose half their value. So predicting what will sell is critical to their bottom line.

Mining data. That’s why stores are increasingly mining the data they collect from loyalty cards, Gill says. It tells them what day of the week customers buy, the things they buy and which items are more than one-off purchases. It also shows which items they buy together. If there are a group of people in Vancouver, who regularly come in and buy sandwich meat and strawberries, the data will show it. Analytics allow chains to make decisions based on actual data rather than just relying on intuition.

“We are doing a lot more research now to learn exactly who our customers are so we can deliver the products they are looking for,” Furi says. “A few years ago we would never have considered that customers would be willing to pay five dollars a pound to buy a premium apple, but our sales data shows there is a group who want them. So now we let them make that choice and we’ll continue to read the data to see what our customers want. It’s becoming much more a science.”