The popularity of Shochu, the national spirit of Japan, is creating new market opportunities for barley growers. The beverage, described in a 2013 article in Forbes Magazine as the best spirit you’ve never heard of, has now become so popular in Japan that it outsells Sake.

Shochu is sometimes described as a barley wine but its manufacturing process is similar to those used to make whiskey or vodka, says Garson Law research manager with Alberta Barley in Calgary, Alberta. It’s usually created by fermenting grains like barley, rice and buckwheat but others are made from sweet potato or sugarcane. The leading Shochu in Japan, the Sanwa Shurui Company’s “iichiko” brand, is made from the traditional barley.

Shochu has traditionally been overshadowed by sake in popular culture but there’s been a generational shift, Law explains. The older generation, the fathers and the grandfathers, prefer sake while Shochu has become popular with the younger generation. 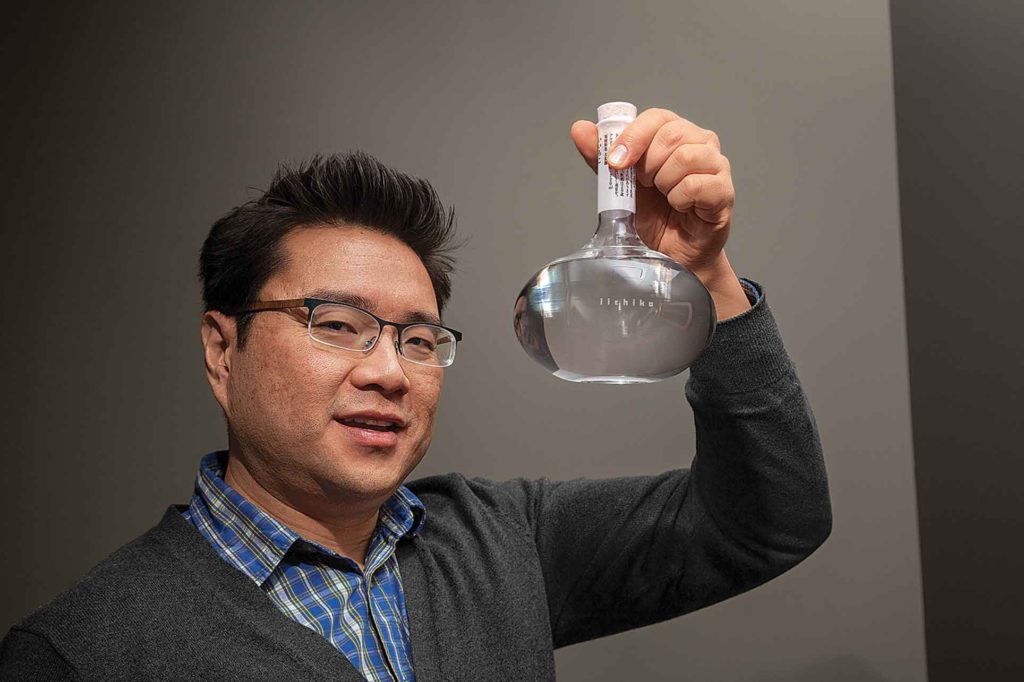 Garson Law says that AC Metcalf is currently the barley of choice for Shochu distillers but there is interest in Canterra Seed’s Canmor variety and a newer numbered one, too.

“They don’t grow much barley in Japan so a lot of it is imported from Canada,” Law says. “AC Metcalf is still the standard variety used for Shochu but we are currently developing Canmor, a two-row barley from Canterra Seeds for more widespread commercial use in Japan. Sanwa Shurui also has their eye on a new numbered variety coming through the pipeline as well.”

Finding a barley with the right taste profile is critical for Shochu production. Unlike whiskey, which is flavoured by aging in oak barrels, shochu is aged in stainless steel casks. This allows the subtle flavours of the grain that it was made from to come through in the final product. Despite an alcohol content by volume that can be up to 30 percent, it has such an incredibly smooth taste that people drink it straight or over ice. Experienced drinkers can tell quality of grain it was made from at their first taste.

“When you try “iichiko”, you may notice a fruity and thick aroma, and a sweet flavour spreading over your whole mouth,” Jyotaro Saho says. “It has a smooth texture but also has a sharpness in taste, so you may not get tired of drinking it.”

Customers enjoy “iichiko” in a variety of ways, Jyotaro Saho adds. It is common to drink it on the rocks, with cold water, with hot water, or with soda. Since it has a clear and smooth aroma and flavor it can be included in many cocktail recipes or mixed with either lime or lemon juice. He also suggest that Canadians might enjoy substituting it for vodka in their Caesars.

The Japanese have been making Shochu for a very long time, says Jyotaro Saho. The leading theory is the technology to make it was imported to Kyushu from Okinawa in the early 16th century. There are about 300 Shochu distilleries on the island today.

Shochu is sometimes confused with the Korean beverage Soju. The two have identical names when written using Chinese characters. However, Jyotaro Saho says, the two drinks are fermented from different base ingredients and don’t utilize the same distillation and manufacturing processes. This produces different characteristics and features in the final products.

Going global. Shochu is wildly popular in Asia but it’s barely known in North America and Europe. Currently it’s hard to find outside of cities like San Francisco, New York and Toronto. However there are high hopes it could take off soon. If it does it will be more good news for barley growers.

The right endophytes can help your pasture without harming your cattle.