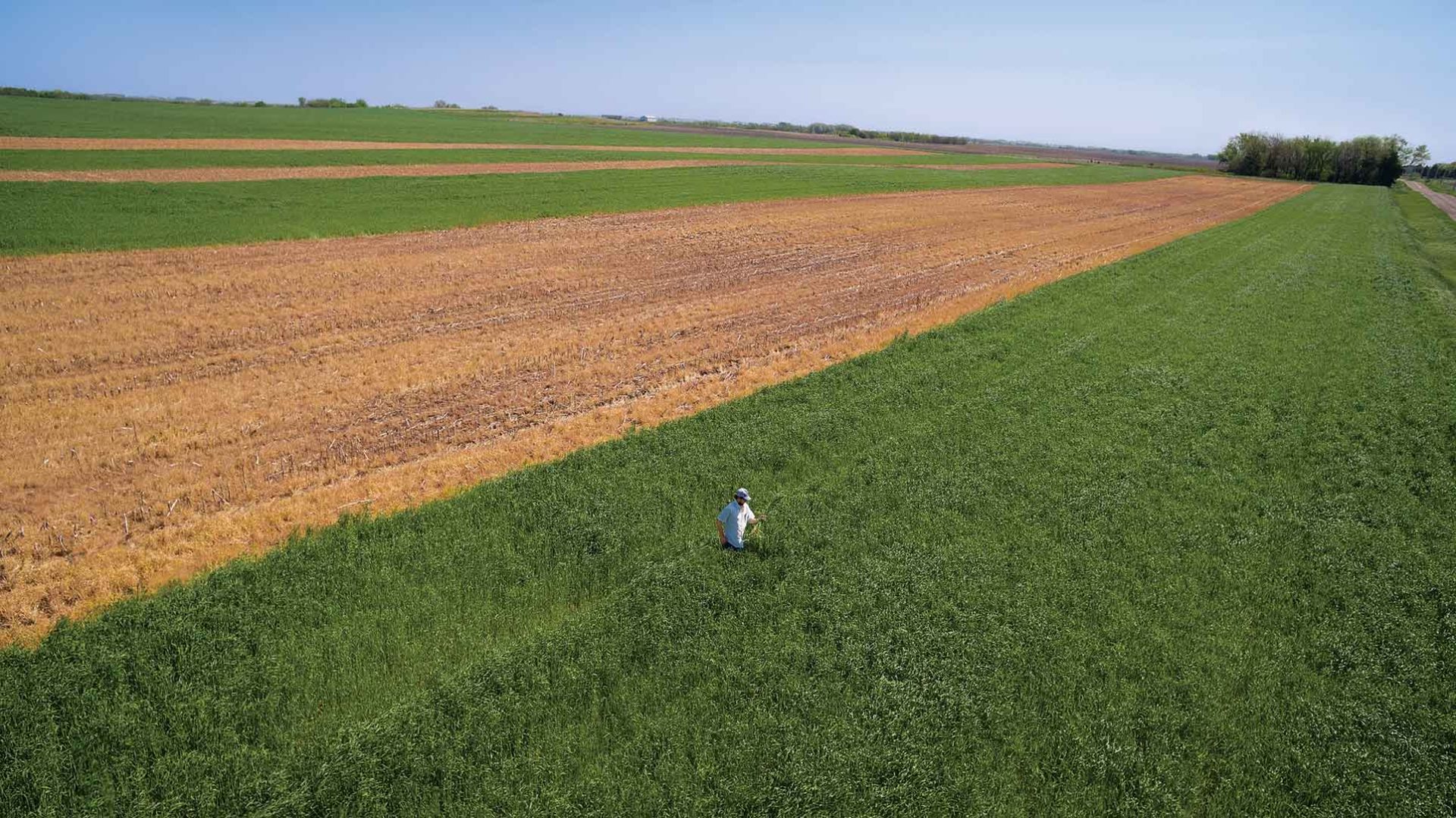 Jeremy Gustafson is deep into cover crops—and gets a little deeper each year. “If you would have asked me a few years ago if I would be planting soybeans into 3-foot-tall cereal rye, I would have told you ‘No way,’” he says.

But that’s what he was doing when spring rolled around in 2016 on his Boone County, Iowa, family farm. Gustafson is a farmer-cooperator working with Practical Farmers of Iowa to conduct strip trials that compare termination dates of cereal rye ahead of a soybean crop.

Going deep. Results from the first two years of this study show that farmers may be able to delay termination date and plant green—deep green—without hurting yield in the subsequent soybean crop.

“Farmers have explored a lot of options to plant cover crops earlier in the fall to get more biomass,” points out Stefan Gailans, research and field crops director for Practical Farmers. “Delaying termination date is another way to extend the time that farmers gain from an actively growing cover crop. There are obvious benefits, such as reduced erosion and improved water quality. But cover crops also can cut down on weed pressure and hold nutrients for the cash crop to use later, and those things save money.”

In 2014 and 2015, trials involved no-till planting or drilling soybeans into either an early (two weeks prior) or late (a day before or after soybean planting) cereal rye termination date. Two of the three farms found no statistical difference in soybean yields following delayed termination.

Bob Lynch, who farms in Humboldt County, Iowa, saw a drop from 71 bushel-per-acre soybeans to 66 bushels when planting into a heavy stand of late-terminated rye in 2014. But even that had a silver lining. “We had record rainfall that June,” he recalls. “Without that residue, I would have had a big-time soil loss.”

Gustafson found no statistical difference in yield between early and late terminated treatments. In Tama County, Jack Boyer saw no statistical difference between early and late termination dates, as soybeans under both treatment programs yielded about 70 bushels per acre. However, he did observe a big advantage in weed control for the delayed termination.

“We had some strips with no cover crops that served as a control for the study,” he recalls. “Marestail and waterhemp started to show up in those strips, so we sprayed them with a post-emergence herbicide. At harvest time, the rye strips were as clean as or cleaner than the no-cover areas that we sprayed.”

The economics of that situation caught Boyer’s attention. “The cover crop cost about $30 per acre in seed and application. The post herbicide and application were about $40. That’s a $10 an acre advantage for cover crops that goes right to my pocket.”

The right endophytes can help your pasture without harming your cattle.