Zero debt, 12 profitable years of livestock and crop production and Nate Powell-Palm has yet to celebrate his 25th birthday. What the Bozeman, Montana, organic producer lacks in age he makes up in pure determination and business savvy.

At just 13, a junior ag loan from the state of Montana got him 3 bred cows, a trailer and some panels. The $3,400 was his first and only ag loan, which he paid off with two calf crops. Despite little background in the business, Powell-Palm wanted to continue in agriculture. At 17, he did a sweeping analysis of feed availability, certification requirements and prices of organic production and decided it was the right move for a new farmer.

Powell-Palm received his organic certification in 2008 as a high school junior and started raising grass-fed organic beef, leasing property from his family.

He soon stumbled upon a gold mine of land; development had resulted in fields chopped up into small country properties. “I realized a lot of landowners weren’t farmers and weren’t utilizing the land,” he says. 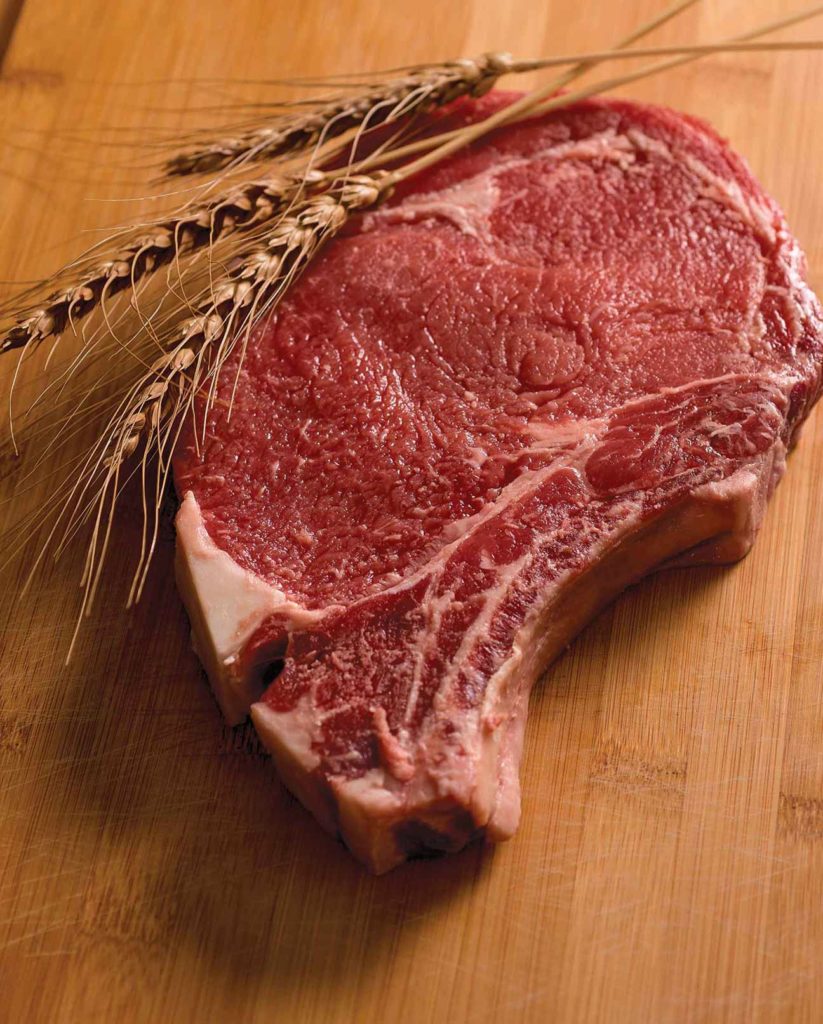 Relationships with other organic producers and contract clients give Powell-Palm strength and flexibility in marketing.

Mining acres. Powell-Palm canvassed the region for unused acreages, and was able to amass a patchwork of 1,000 acres for grazing and organic hay production. Having been untouched for years, most of the land was ready made for organic certification, but not for production.

“Most of the irrigated acres hadn’t been watered in a decade and grass had overtaken the alfalfa. I was getting 3/4-ton of hay per acre on land that should be yielding 4 tons,” he says. He concluded grain crops could rehabilitate his fields, diversify his business and spread risk.

Managing risk has been critical to Powell-Palm’s success and contracting cattle and grain is one of his go-to tools. “I wanted to have the grain crop sold before I ever put seed in the soil,” he says. He contracted with a local organic mill to raise soft white spring wheat, a rare crop for the area. “By contracting, I don’t have to take out loans to get a crop growing and be left holding the grain if markets tank.”

The price isn’t bad, either. At one point, commodity wheat was at $4 per bushel while Powell-Palm had his
organic wheat contracted at $18. He also gets a 25 to 50 percent premium on his cattle. These premiums help offset expensive land rent and custom planting and harvesting of his crops.

Diversity wins. While initially opposed to grain, Powell-Palm found mixing organic grain and grass-fed beef provides diversity, protecting him from crop failure or adverse markets. He also has resisted the urge to market his end products himself. “There’s a reason we have middlemen; they’re really great at marketing, which is something not all farmers do well,” he explains. “I prefer to produce niche-market commodities instead of spending time on marketing.”

So far his ag endeavors have paid for his college education and contributed to a down payment on his first home. “I think my best move has been to not be eager to take on debt,” says Powell-Palm. “I’ve always farmed within my means, even if that meant starting with just 10 acres. As I grow I’m able to handle more risk.”

Adaptation is key to farm’s longevity.