Terry Doran used to believe that whenever you felt the urge to exercise you should lay down and nap until it went away. The 72-year old farmer from Bow Island, Alberta changed his mind though in 2002 when he was in his late fifties. The aches and pains of old age were starting to creep up on him, Doran said. So he felt he better do something to become more active or he would find himself using a cane or a walker before his time.

That winter, Doran decided to join the Bow Island men’s farm fitness club that had been founded by his neighbor, Adrian Van Hamm. The men meet a twice a week at a local hall where they are put through an intense workout by their fitness instructor,  Judy Van Hamm, the wife of Adrian’s cousin. The group originally had three members but today up to 15 area farmers participate in the morning exercise class.

“I know I’m just trying to put off the inevitable but I really want to keep flexible and limber,” Doran says. “I spent all day yesterday running up and down a ladder tinning a roof. I couldn’t have done that if not for this class. I absolutely wouldn’t be farming today without it.”

Health hazard. Doran is right. A 2016 study by Per Ladenvall, a researcher at the University of Gothenburg in Sweden, published in the European Journal of Preventative Cardiology, found that poor physical fitness ranks right behind smoking as leading risk factors for an early death. The study was based on data from the “Study of Men Born in 1913.” It examined the cardiovascular health of nearly 800 Swedish men who had turned 50 in 1963. Surviving subjects were re-tested once a decade for a period of 45 years. The results were striking; every increase in a participant’s fitness level reduced their risk of death by 21%. Findings would be similar in Canada and the U.S. 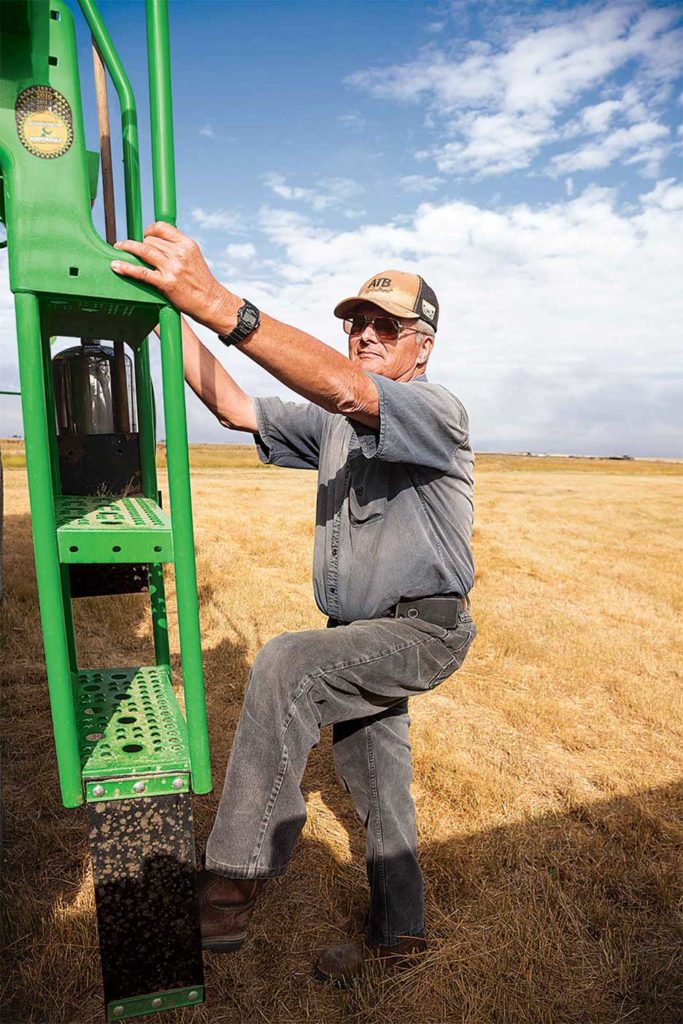 Terry Doran says he wouldn’t still be farming at 72 years old if he didn’t exercise regularly.

At one time, farmers’ daily routines would keep them in good physical shape, says Judy Van Hamm. The job was 90% physical. Big farmers today though rarely have the opportunity to get out from behind their desks.

Forty years ago it was common for a dairy farmer to walk the length of their barn carrying two thirty pound pails of milk. Today the only time you’ll see someone doing “the farmer’s walk” is if they’re training for a strongman competition.

It hardly seems possible to structure a modern farmer’s life to be more hazardous to their heart health. The occupation pairs an aging, highly stressed farm population with an increasingly sedentary worklife, punctuated by periods of intense physical activity. For heart attack potential, it beats shoveling off the driveway after a heavy snowfall hands down.

Fortunately, there is a lot you can do to improve your health, says Catherine Trask with the Canadian Centre for Health and Safety in Agriculture at the University of Saskatchewan in Saskatoon. Something as simple as walking can help increase your general fitness and endurance levels. The gentle movement also helps to keep your joints and back healthy, too.

“Some find it easier to maintain an exercise routine if they schedule something with their friends,” Trask says. “Do things that you find enjoyable whether it’s curling, ice skating, swimming or ballroom dancing. Anything that gets you moving is good.”

Push each other. “I’m one of those people who needs a group to keep me motivated,” Van Hamm says. “When we all get together, we push each other in ways that we wouldn’t if we were by ourselves. Then, once the workout’s over they all head out for coffee together. It’s a real social time.”

“When I was growing up I didn’t worry about staying active,” says Les Wall, CEO of KCL Cattle Company in Coaldale, Alberta. “Our operation was a bit of a one-man show at the time. I had to do everything: feeding the cattle, working the fields, and moving the irrigation pipes. Now everything is so automated that I don’t get much of a physical workout during my day.” 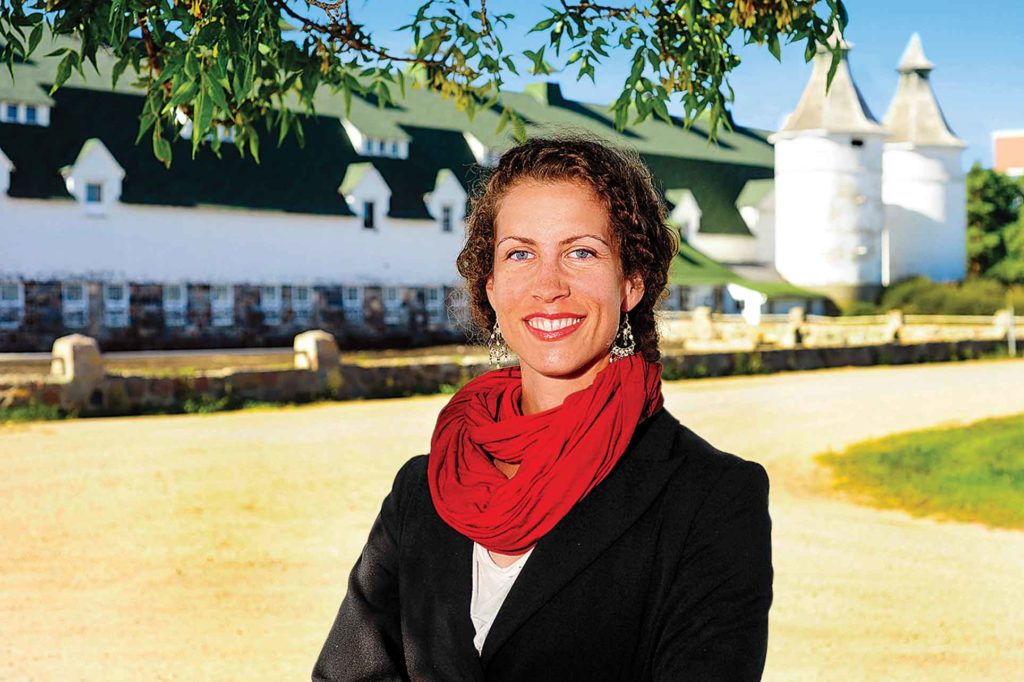 atherine Trask says that just about anything you can do that gets you up and moving is going to be good for your health.

Les and his wife Lisa decided to incorporate a structured workout into their lives to maintain their health a decade ago. The couple joined a workout bootcamp group in the nearby city of Lethbridge, and make a point  to attend an intense cardio and strength building workout two mornings a week. Most days their daughter Karleen joins them too. They’ve started running together through the coulees, too. Their workouts have evolved into a real family affair.

Cardio and core. “Farmers should choose an exercise program that offers a lot of cardio, flexibility and a good core muscle workout,” Judy Van Hamm says. “Maintaining a strong core protects your back and your organs when you are bouncing around on the tractor seat all day.”

Roger Lobb, one of the farmers that participates in the Bow Island men’s workout group, says doing core exercises, like holding the plank position, has helped him prevent a lot of injuries around his farm. He says that he can really feel the difference it makes when he‘s crawling underneath equipment carrying a wrench.

Not everyone has a gym nearby in rural areas, but that doesn’t mean you can’t integrate physical activity into their workday, Trask says. Sitting for hours, whether it’s behind a desk or driving machinery is not good for your back. Take regular breaks. Periodically get out of the machine and do a little gentle twisting and stretching to mobilize your spine. Little things like these make a difference.

“Just starting your workday by doing a gentle walk or swinging your arms in circles like swimmers do before a race has a positive outcome on your health,” Trask says. “They’re a good way to get your cardiovascular system and joints warmed up. If at all possible avoid jumping right into physically demanding jobs first thing in the morning. Doing that could hurt your shoulder, or potentially trigger a cardiovascular event.”

Stop the excuses. “You can always find excuses about why you don’t want to be physically active,” Lisa Wall says. “Working out isn’t easy. But I’ll be 50 next year and I feel better now than I did when I was 40.”