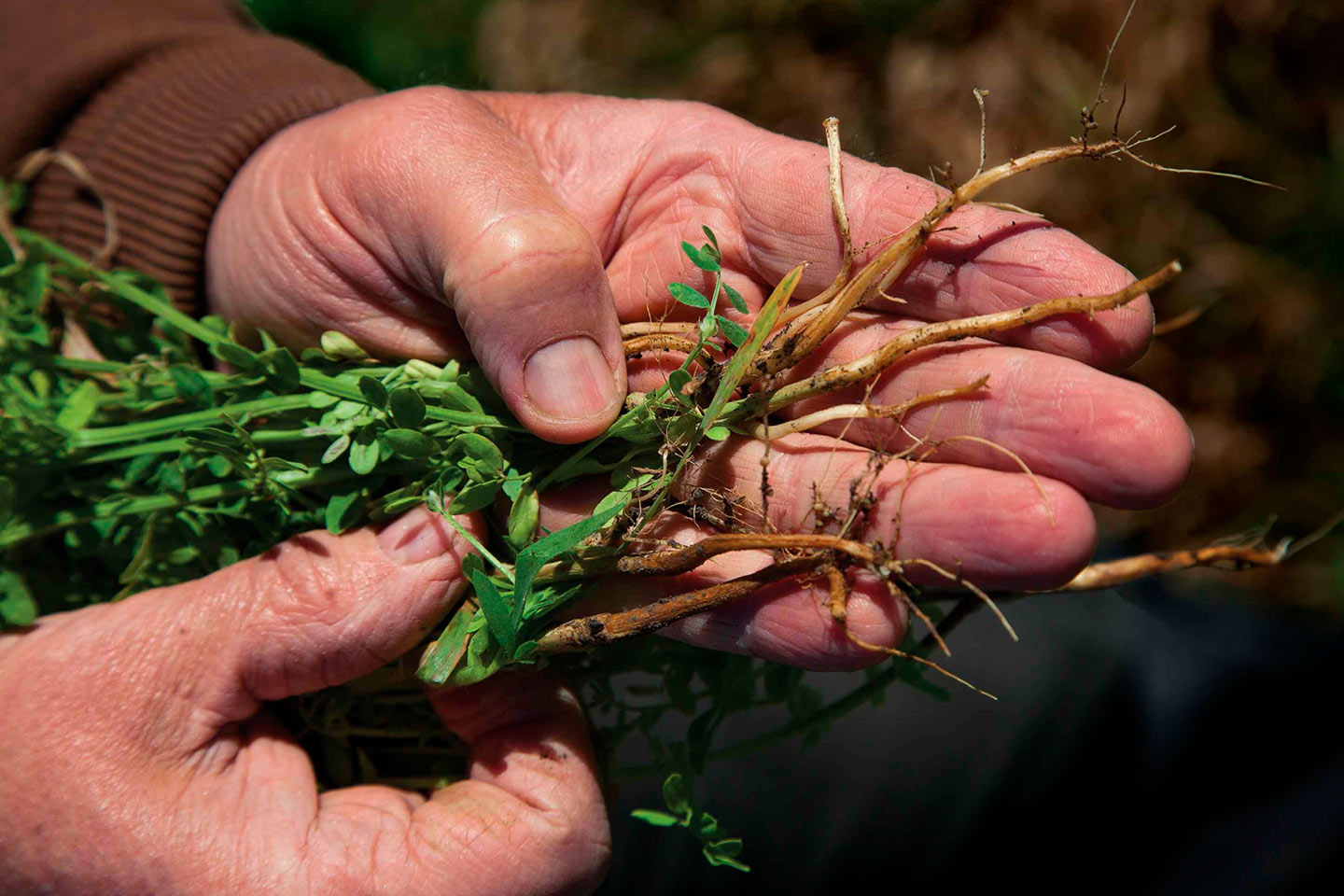 Prairie producers are being urged to reduce the frequency they are growing peas and lentils in their rotation to once every six years. Pulse pathologists say it’s the only option farmers have available to reduce their risk of having a major crop failure from aphanomyces root rot if the current wet cycle persists.

Root rot caused by aphanomyces euteiches is a major pulse crop disease world wide. Spores can remain dormant in fields for up to ten years. So if there is an extended period of wet weather, and a host crop is present, it can spread quickly across field.

No rescue or preventative treatments to control it are currently available, says Sherrilyn Phelps with Saskatchewan Pulse Growers in Saskatoon. However, there is one seed treatment on the market, NuFarm’s Intego Solo, that offers suppression. 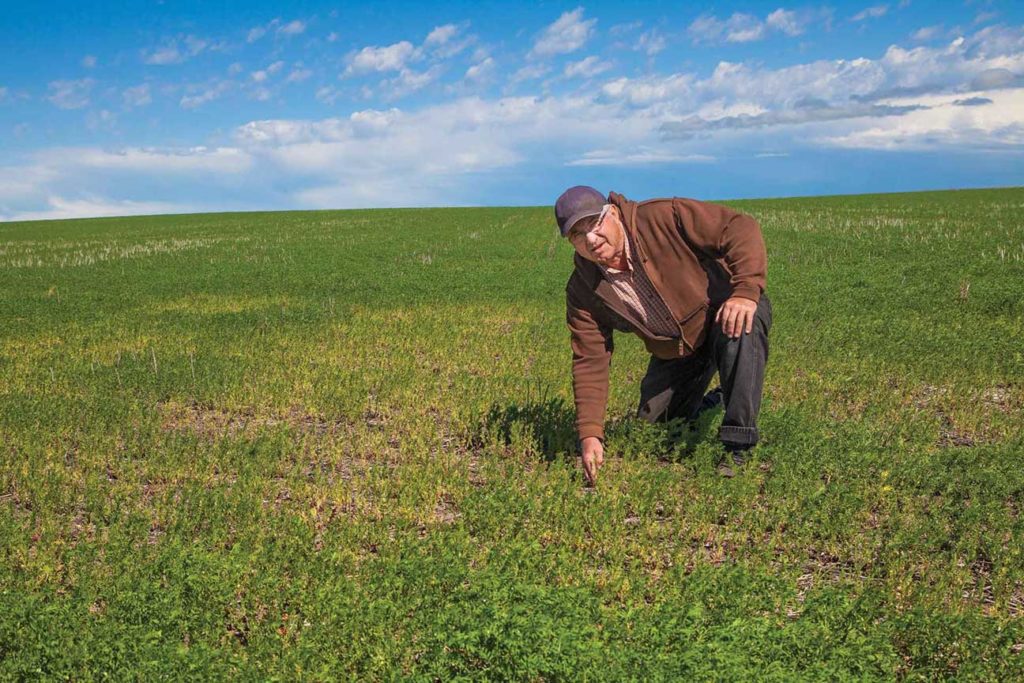 Richard Erb says aphanomyces always seems to be worse in compacted areas such as in the wheel tracks and on the headlands.

Richard Erb first became suspicious that something unusual was happening to his lentil crops near Yellow Grass, Saskatchewan in 2010. While he had lentils drown out in low spots before, that year they were dying on his high ground and side slopes too.

More questions. “We couldn’t put our finger on what was happening,” Erb says. “Initially we suspected herbicide damage, but after a couple more unexplained crop failures we presumed it was disease.”

“Aphanomyces was first identified in Saskatchewan in 2012,” says Phelps. ”Subsequent surveys have found it practically everywhere peas and lentils are grown across the region. It’s so widespread that we suspect it must have been here for a very long time.”

Lentils generated some producers returns in excess of $1000 per acre in 2015. Convincing them to switch from growing them from once every two or three years to once every six is a tough sell. They want other options.

“A lot of producers ask me if tillage or ploughing the residue under would make a difference,” Syama Chatterton a pulse crop pathologist with Agriculture and Agrifood Canada in Lethbridge, Alberta. “But since aphanomyces oospores are distributed pretty much throughout the entire soil profile plowing residue under wouldn’t really help out.”

“BASF are currently working on developing a more effective seed treatment to control it,” says Ally Friesen, a technical service specialist with BASF in Regina, Saskatchewan. “Aphanomyces is very difficult to control because it’s a true root rot. It can attack the roots whenever and wherever the conditions are conducive for it. So anything that would effectively control it has to be very long lasting, which causes other issues.” 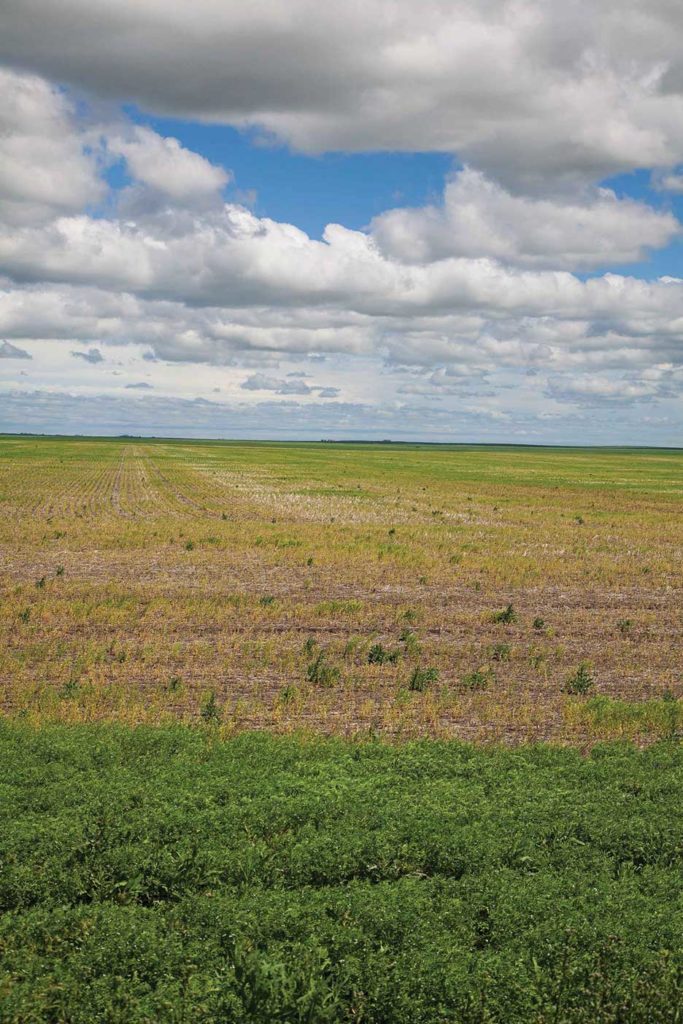 If a field has high levels of inoculum, an outbreak can spread quickly under persistent wet conditions.

Promising work. Developing resistant varieties will provide a long-term solution to the problem but don’t expect to see them on the market any time soon, Phelps says. French and American crop breeders have been working on developing resistant pea varieties for some time so Canadian pea breeders have a  foundation to work from. However breeders are currently incorporating wild lentils in breeding programs in hopes of improving resistance in varieties.

Producers can now soil test their fields to see if aphanomyces is present in their fields, Phelps says. Research is currently underway to find out what a safe level of inoculum would be to help growers with their field selection.

If a producer wants to continue growing lentils and peas in tighter rotations they should do everything they can agronomically to reduce plant stress, Friesen says. Minimize soil compaction to improve soil water movement; use seed treatments to get the plants off to as healthy a start as possible; make sure you have a good fertility package, especially phosphorus. However they really should consider planting a pulse crop that isn’t affected by aphanomyces, like faba bean, chickpea or soybeans instead.