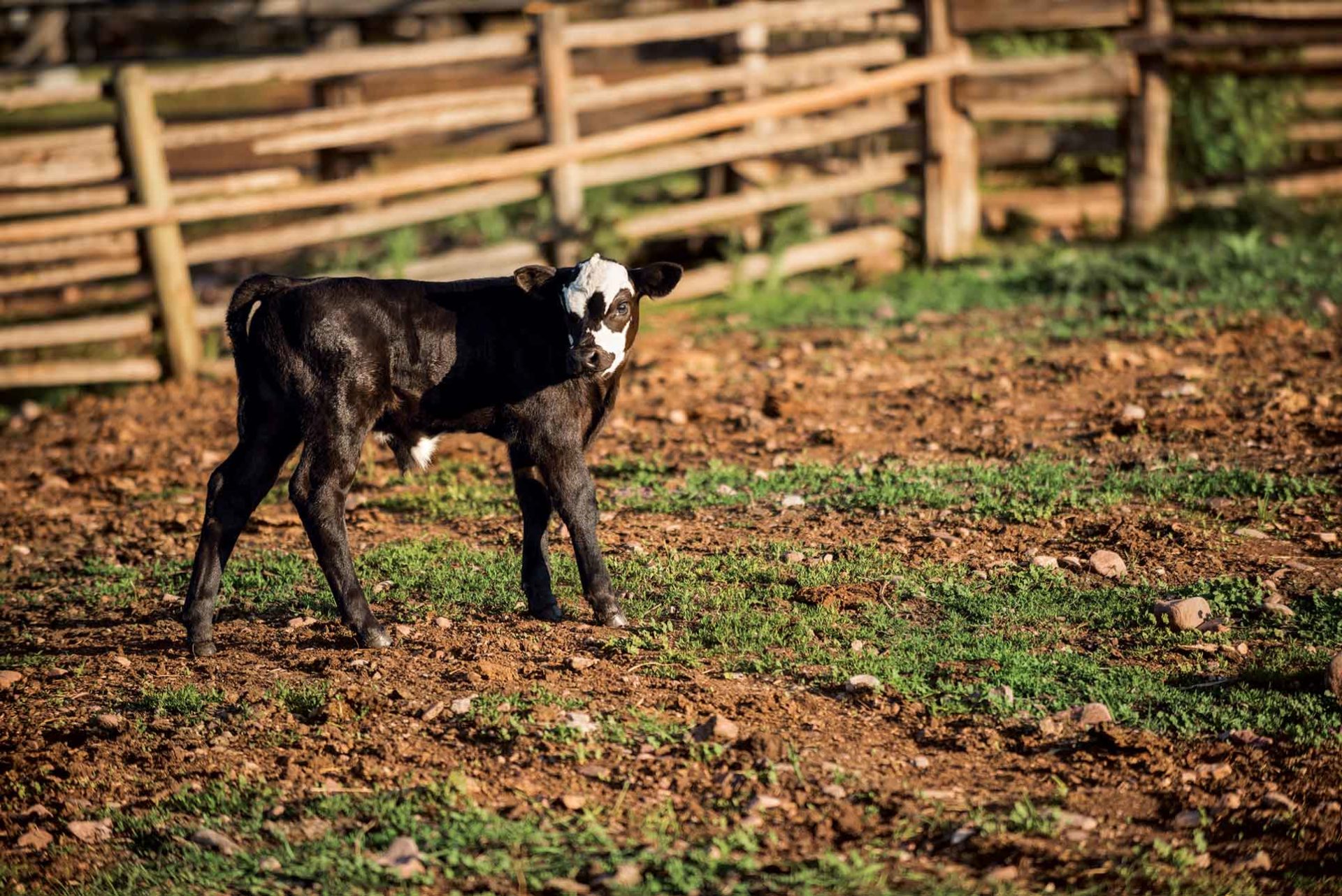 Cookie-cutter isn’t a term typically applied to livestock production, but on the Potomac, Montana, Wills cattle ranch you could say they’re cutting their cookies freehand when it comes to herd management.

Bulls run with cows year round and calving, branding, weaning, marketing and herd health days are not singular annual events. But there is design to be found in the apparent chaos. “We’ve had to adapt to survive our unique climate and changes in regional economics,” says Heather Wills, the fourth generation to bend the ranch’s management to fit needs.

Her great grandfather, a miner, was forced by his in-laws to establish a homestead—now the ranch—for security before marrying. Now, 122 years later, it seems it was a good plan. 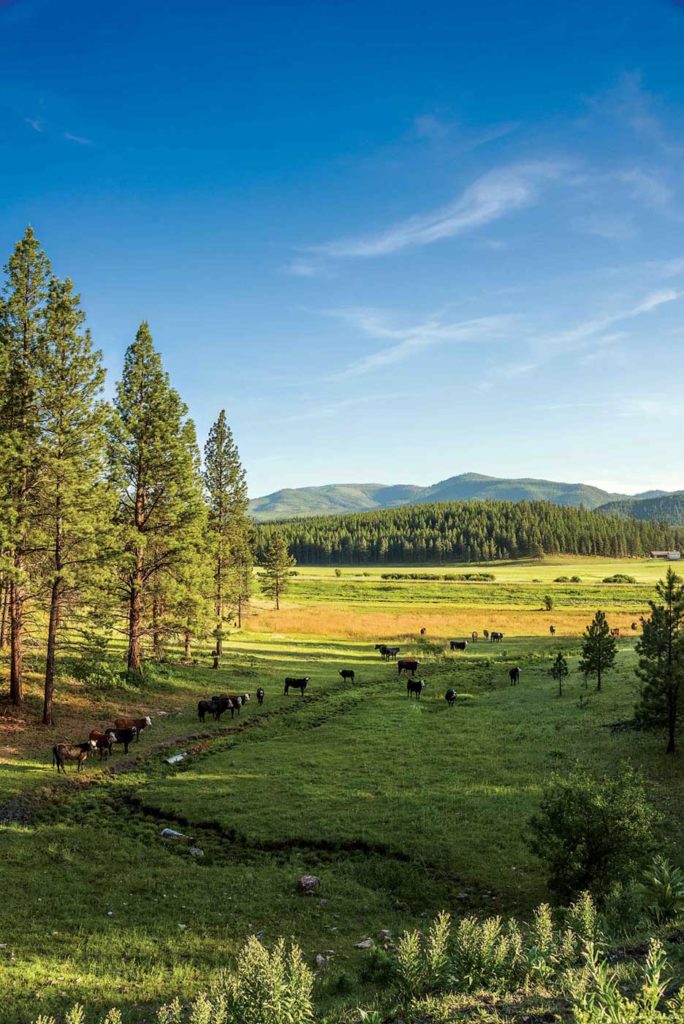 Heifers are initially kept in a small pasture for better breed up and for use of heifer-specific bulls.

Settled on the edge of a lush, open valley deep in timber country, the ranch initially raised horses, sheep and pigs to supply local logging camps. A massive barn and blacksmith shed—walls still trimmed with rusting horse shoes—provide lingering evidence of those early years. By the 1930s, logging equipment improved, camps diminished, and the Wills’ made the switch to cattle.

From the start they utilized a year-round breeding program. They fed calves to butcher weight with the breeding schedule allowing them to supply a steady stream of meat to nearby Missoula. Eventually, regulations limited their butcher options in Missoula and made feeding on a ranch with five streams running through it unfeasible. They stopped feeding, but kept the breeding system.

“Our place is 90 percent timber, it’s not uncommon to have 3 feet of snow from December to March and there are only  three of us for labor,” Heather says, noting her parents, Jody and Sidney, are technically retirement age.

By spreading out calving especially, they’re better able to manage the workload. And it’s a good move for disease management. A traditional tight calving window in early spring would bunch up calves in mucky corrals and bedding areas as lingering snow keeps livestock confined.

“Producers here struggle with E. coli during spring breakup due to mud and confinement,” Heather says. The Wills reduce those issues with less crowding and fewer newborns. 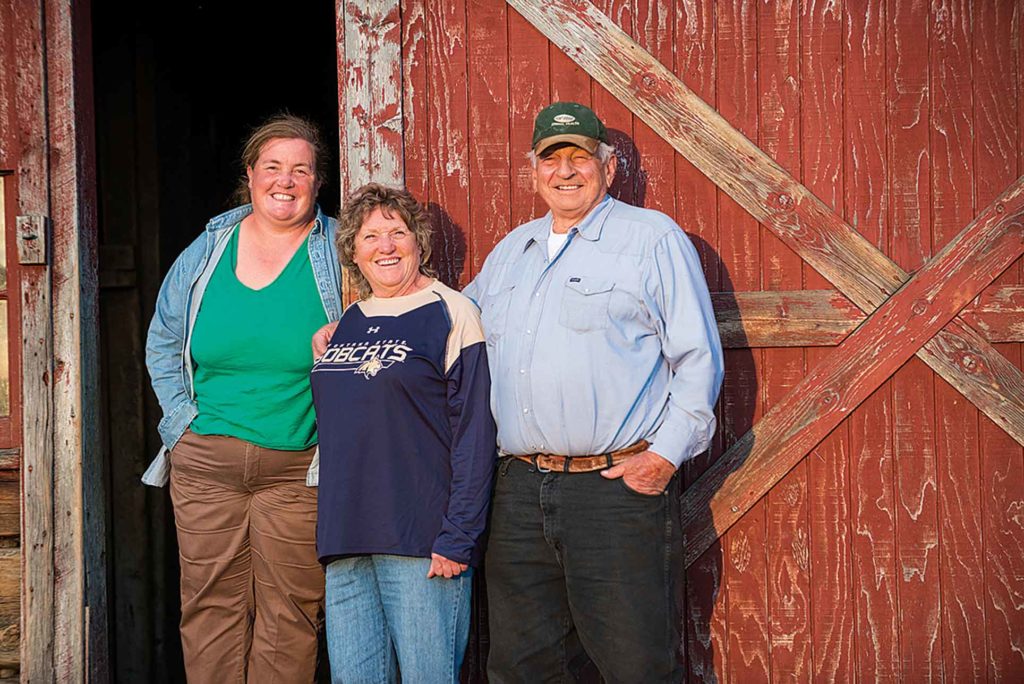 Cows and calves are vaccinated each spring and fall, book ending a summer spent on an 80,000-acre grazing association and deeded forest. “We work closely with our vet and use modified live vaccine on our cows as some are likely pregnant. We may have better success with other vaccines, but pregnancy status limits us,” she says. “We use a high-end mineral supplement to build and maintain our herd’s immune systems, too.”

Heather keeps detailed records on each cow noting calving time, calf health and other data points. “We cull tightly. If we know a cow lost a calf and it’s her fault, she’s likely going to go,” she says. On the flip side, cows that would be culled in other systems based on breed up get a pass. “We save money in cow development and over a 7- to 8-year period we’ll probably get an extra calf.”

They market small groups of calves year round. “We’re usually able to hit the high point of the market with at least a portion of our herd each year,” Heather says. “Our program offers flexibility to pursue opportunities other traditional systems may not.”