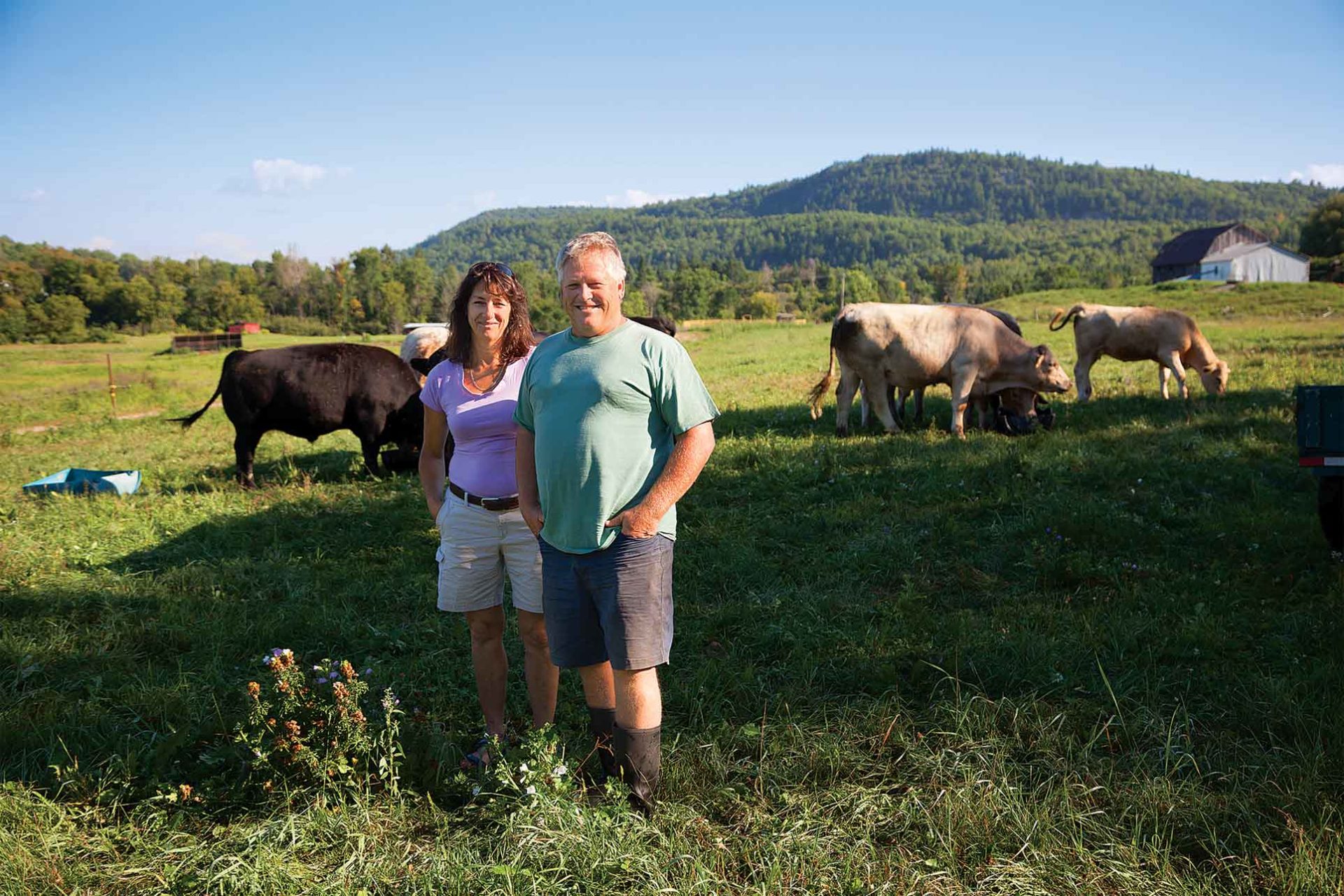 Natural beef from Neilon Donovan’s and Tammy McGarry’s Priest Creek Farms, in Poltimore, Quebec has passed the Ben Miller test with flying colors. It was the first beef the 11-year-old Baden, Ontario boy was able to eat without triggering grand mal epileptic seizures.

Modern technology can detect impurities in food at incredibly minute levels. Unfortunately Ben’s system can, too. It’s every parent’s nightmare.

“Ben suffers from multiple food sensitivities (as well as cerebral palsy, cognitive delay, epilepsy and is mildly autistic),” his mother, Christie Miller says. “He can’t handle nearly all proteins, seeds, grains, fruits and nightshade vegetables. If he consumes any foods or food additives that he can’t tolerate, he starts showing behavioral changes and has severe digestive problems. The worst thing though is he’ll go from having one grand mal seizure a week to twenty a day.” 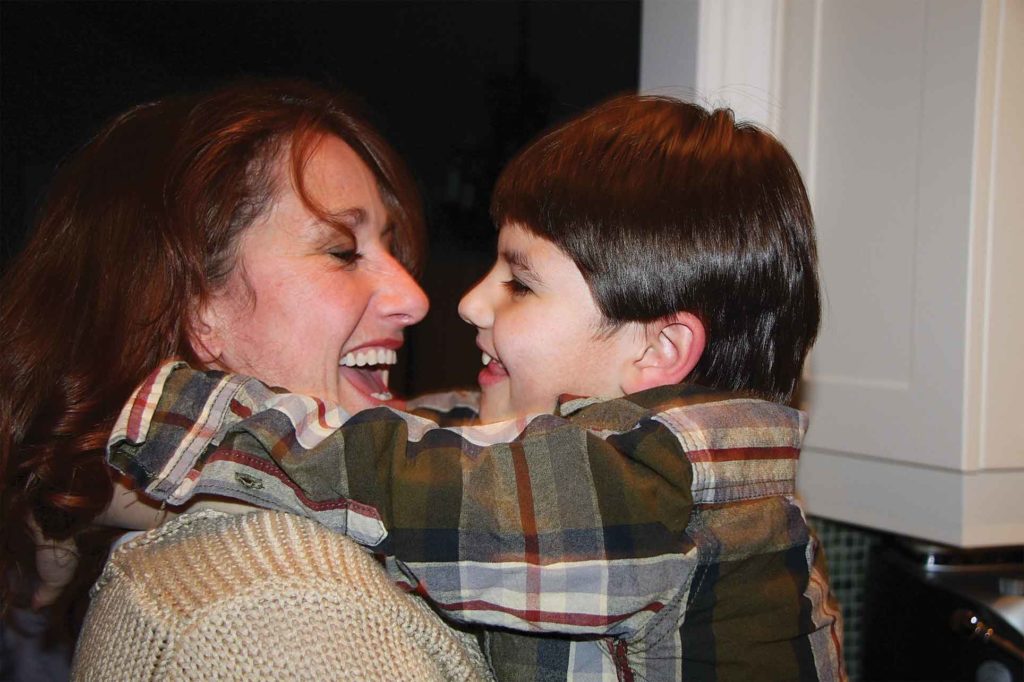 Christie Miller has to always be vigilant with the food Ben eats.

The nutrition specialists the Miller family consulted told the family that Ben would benefit from eating a high fat high protein diet. Finding meat he could tolerate, though, wasn’t easy.

Poltimore, Quebec and Baden, Ontario are 600 kilometers apart. Miller only got the opportunity to try Donovan and McGarry’s freezer beef, and the capons (neutered roosters) that they marketed for a neighbor, through sheer random chance.

Huge fan. Her friend, SueAnn McGarrigal, had a family cabin near Priest Creek Farms in Quebec’s Gatineau Hills. McGarrigal’s father was a huge fan of the farm’s products and brought coolers full of them back with him when he returned from vacation. She knew of the Millers’ struggle to find protein for Ben, so she gave them a chicken and some beef to try.

Miller and her husband Gerrat Rickert have become very adept at testing Ben’s food to see what he can tolerate. They diligently follow a specific protocol every time they try to add a new item for his diet.

The Ben test. Christie will add a portion of the food they want to test to one of Ben’s meals. She’ll watch him closely for two or three days to see if he’s having seizures or if his behavior changes. If there is no reaction they’ll test it three or four more times, just to make sure. There aren’t any shortcuts.

“As a University of Guelph graduate I am certain that there are more scientifically accepted tests available,” Miller says. “But our home-grown Ben Test sure is accurate.”

Both the capon and the beef passed their test with flying colors. Miller says it’s a major testament to Donovan and McGarry’s quality standards.

“We want to grow our cattle drug- and steroid-free and never use artificial paraticides, hormones, growth promotants and antibiotics,” Donovan says. “To do this you have to have good genetics. Too many beef producers don’t understand how important it is to know their EPD numbers. It’s like trying to build a house without a foundation; they’re absolutely critical.” 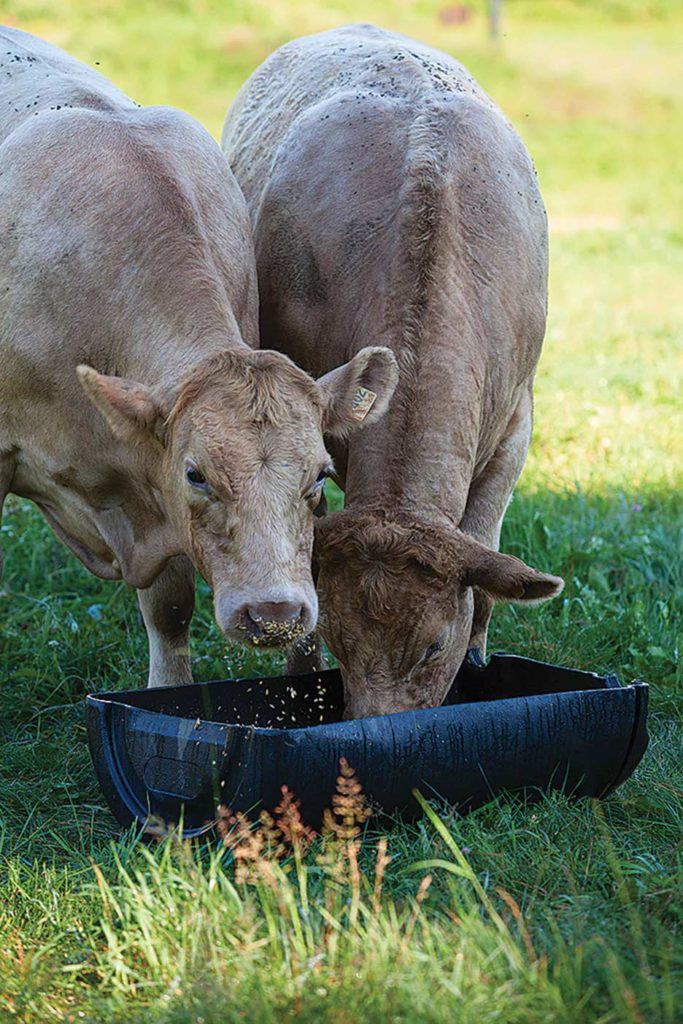 No one quite knows why Ben was able to tolerate Priest Creek Farm’s beef. Christie is just happy he can.

Donovan and McGarry artificially inseminate their 50-cow, mixed-breed Black Angus and Charolais herd. One of their main criteria is to select for animals that will return a healthy gain on grass over the growing season. They finish their animals on a mixture of dry hay and a bit of barley that they grow on their farm. Fed steers also receive a silage ration. Their goal is to have their animals reach market weight in 17 months.

Post BSE. The couple started direct marketing their cattle as freezer beef in 2003 in the wake of the BSE crises. Donovan says they have built up a good customer base among the cottagers that come to the region from Ottawa and Montreal. They also sell to local high end restaurants and an artisanal  butcher shop in Montreal.

He says the secrets to their success are selling a high quality product and being up-front with customers about how they raise their animals.

“You are promoting your beef so it’s critical to have good traceability through the processing system too,” Donovan says. “Letting the processors know you’ve pulled a few tail hairs out of every animal you ship for DNA testing keeps everyone honest.”

Neither Donovan and McGarry nor Miller knows why Ben could eat their beef while he can’t tolerate many
others. Miller is just relieved he can.