When it came time for combines to roll in the autumn of 2016, the rumors were flying that some soybean fields in Ohio had already been “harvested,” so to speak — mowed earlier in the year as a way to prevent an out-of-control Palmer amaranth weed invasion from going to seed and spreading further.

“I can confirm that there were three soybean fields that had to be mowed down in August,” says Mark Loux, an Ohio State University Extension weed specialist. “There were a couple of more fields that probably should have been mowed. Our counterparts in the southern U.S. told us that seed production has to be stopped when there are just a few Palmer amaranth plants in the field. If you don’t, this weed will take over a field more quickly than any other weed that you fight.” 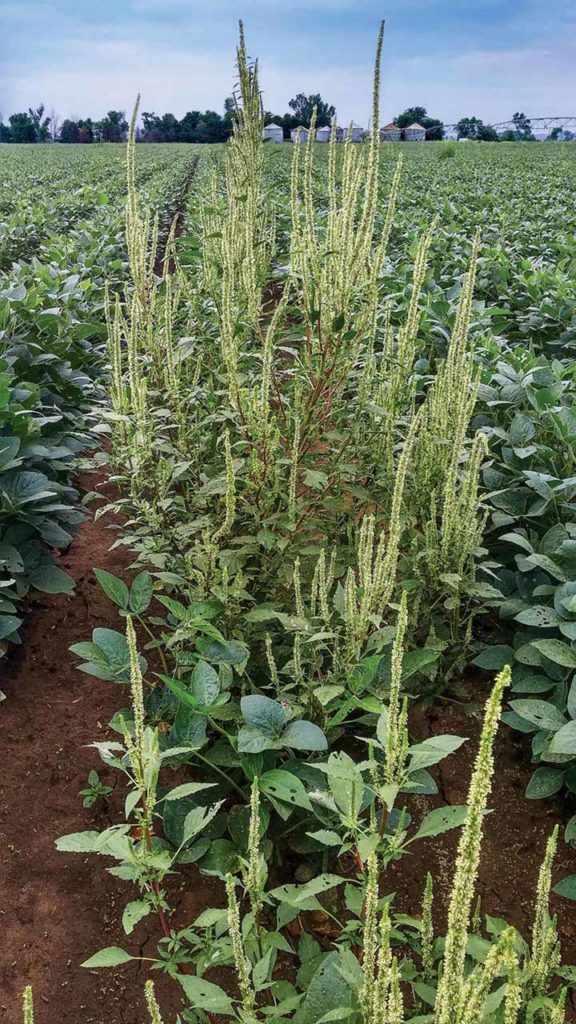 Palmer amaranth is a competitive weed that can be costly to control in crop fields.

Public Enemy No. 1. That’s why there is a sense of urgency as Corn Belt states attempt to outflank the migration of Palmer amaranth into the heart of the Corn Belt. Farmers in the upper Midwest are familiar with the pigweed family; redroot pigweed (Amaranthus retroflexus) and waterhemp (Amaranthus tuberculatus) are close relatives of Palmer amaranth (Amaranthus palmeri). But Palmer amaranth, native to the southern U.S., is a much different breed of cat. It is considered by weed scientists to be the most competitive and aggressive of the pigweed species, capable of growing up to 3 inches a day.

he term that Mike Witt uses to describe Palmer amaranth is “waterhemp on steroids.” Witt, an Iowa State University field agronomist, worked with a number of growers in west central Iowa during the late summer of 2016 to help them learn how to identify and manage Palmer amaranth. “It looks a lot like waterhemp, especially in the vegetative stages,” he points out. “Since it is so important to identify and remove Palmer amaranth before it gets established, I try to focus on contrasting the differences with waterhemp.”

Palmer amaranth tends to have a much more dense canopy than waterhemp, a look that some experts describe as a poinsettia-like appearance. The petiole (the slender stalk that attaches the leaf to the main stem) is long on a Palmer plant — the petiole typically is longer than the leaf itself.

Differences are more pronounced in the reproductive stage, as the inflorescences (seed heads) on a Palmer amaranth plant are usually longer and thicker than those on waterhemp. There also are large, sharp bracts that extend from the flower on a female Palmer plant, pointed and painful to the touch. Both waterhemp and Palmer amaranth are prolific seed producers, capable of setting up to a half-million seeds per plant.

Zero tolerance. Palmer amaranth is easier to identify as it matures, but the race is on to remove plants before they develop viable seed. Experts suggest that female Palmer plants be removed from the field burned, composted, or buried to destroy any seed. Witt suggests keeping a close eye on those fields in subsequent years to stay ahead of any seeds that were missed. 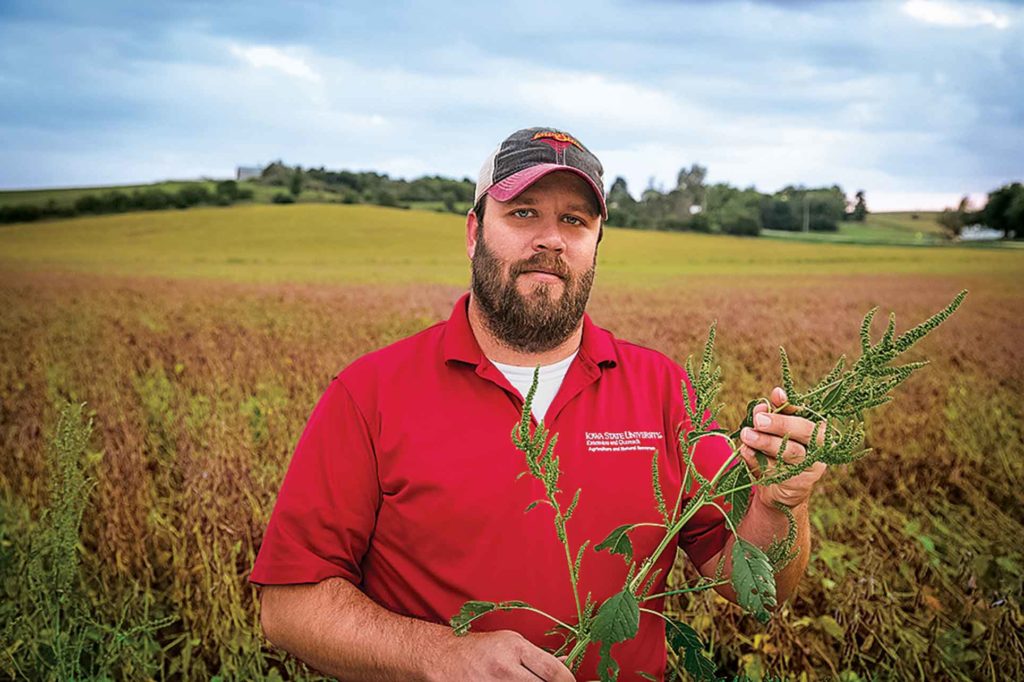 “It takes a few years to establish a seed bank, even for a prolific seed producer like Palmer amaranth,” he points out. “Extra effort to eliminate a few plants now can prevent a lot of extra investment to deal with a larger infestation on down the road.”

“No one is against pollinator habitat,” says University of Illinois Extension weed scientist Aaron Hager. “But some of these seed tags show zero percent weed seeds, yet we’re growing three Amaranthus species in our greenhouses that we have isolated from those seed mixes. There’s an issue here that needs to be addressed to keep this from happening again.”