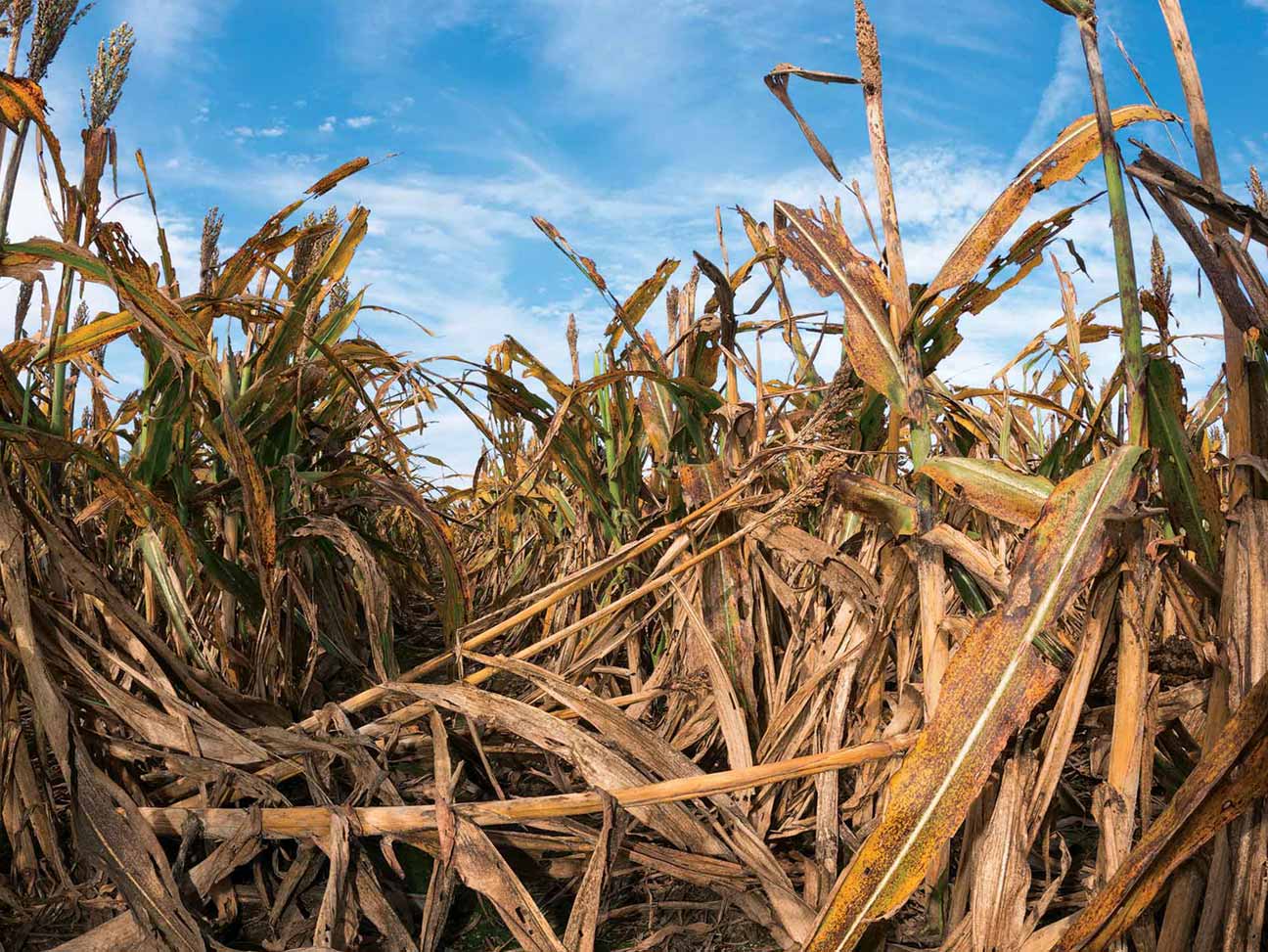 Sugar cane aphids are having a sour impact on sorghum production. The troublesome pest is hurting yields, hampering harvest operations, and increasing production costs across a score of states that stretch from coast to coast.

“This is the most troubling pest we’ve ever faced,” says Gueda Springs, Kansas, farmer Kyle Smith. “Milo was already losing acres to corn, but it maintained some favor in our area because it was cheap to produce — but spraying once or twice for this aphid reduces that appeal.”

“It’s the most prolific insect you could ever imagine,” adds Georgia farmer Johnny Holland. “I wouldn’t wish it on my worst enemy.” 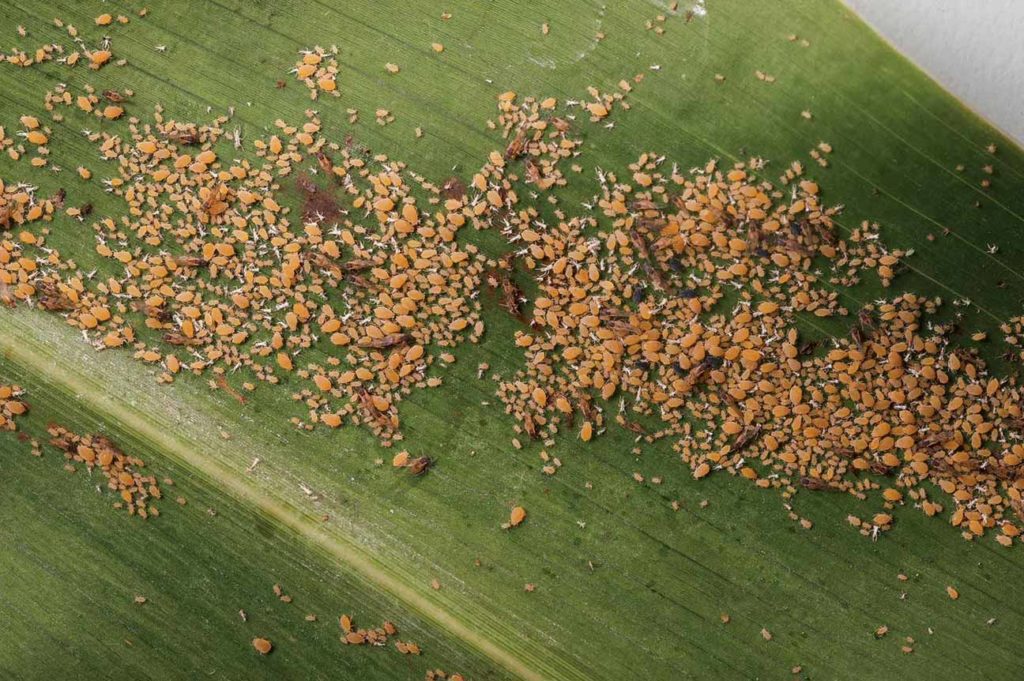 Virtually unknown prior to 2013 — when it appeared in 38 counties along the Gulf Coast—the sugar cane aphid had spread to 400 counties in 17 states by 2015 and added more to the list (including California) last season. The sorghum industry has responded with research into control measures and management options to stem the onslaught.

“We’ve learned a lot in a short amount of time,” says Brent Bean, agronomist with the United Sorghum Checkoff Program. “These lessons include planting early (to get the crop through the critical boot stage ahead of the aphids), using an insecticide seed treatment (which can delay onset of aphids), consider a tolerant hybrid (21 have been identified), and scout the field religiously to make an insecticide treatment when needed.”

Kansas State University entomologist Brian McCornack, stresses the  scouting. “Scout early and scout often because when conditions are right, aphid numbers can explode and the damage quickly becomes significant. However, an insecticide treatment is expensive, and if you treat too early you may have to treat again.”

“If you can see the telltale shiny leaves from the honeydew the aphids leave from the pickup, then you’re too late,” says Scott Stewart, IPM specialist at the University of Tennessee.

Treatment thresholds vary by region and by growth stage, but research at Louisiana State University shows that when they’re reached,  timeliness is critical. “Our threshold at the boot stage is 50 aphids [a quarter-sized colony] on leaves of 20% of the plants. Being just five days late with the insecticide application resulted in a yield of only 12 bushels per acre compared to 60 bushels while an untreated check made two bushels,” says entomologist David Kerns. 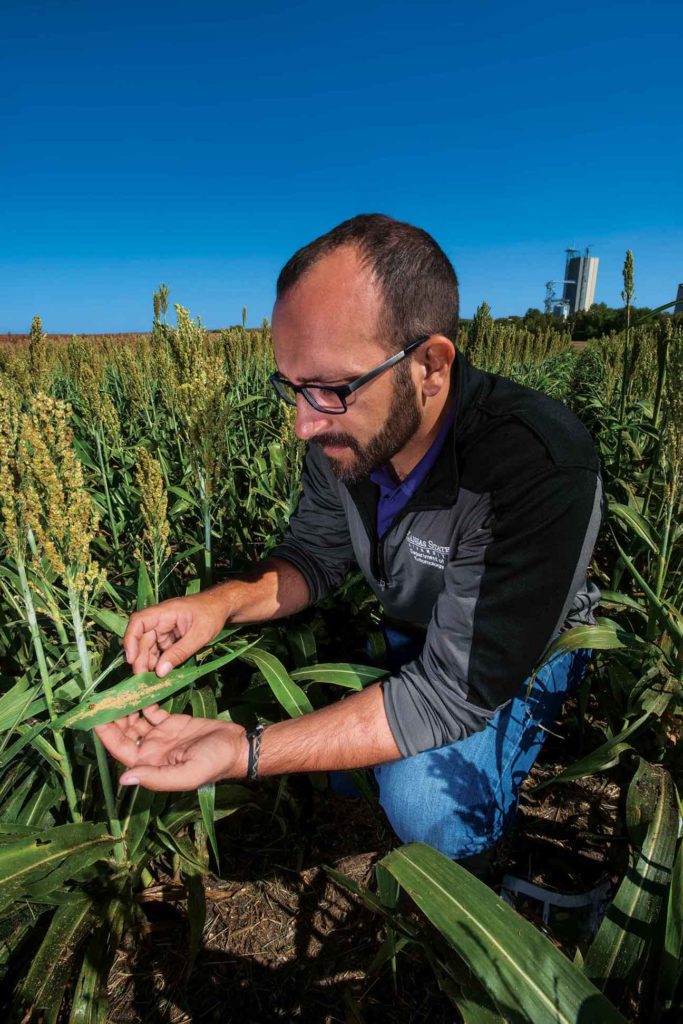 Control options. Kerns worked with three insecticides — Sivanto, Transform, and Lorsban. “They’ll all kill aphids, but they differ in residual control. Generally, Lorsban lasted 3 to 5 days, Transform about 7 days and Sivanto about 21 days,” he says.

Integrated Pest Management practices can also reduce the impact of sugar cane aphids. “Johnsongrass in the field border is a favorite reservoir for them, so destroy it,” says Kerns.

“When choosing an insecticide remember the beneficial insects that serve as predators of the aphids,” adds McCornack. “When the aphid population is exploding they can’t keep up, but they can delay it or extend the period of control.”