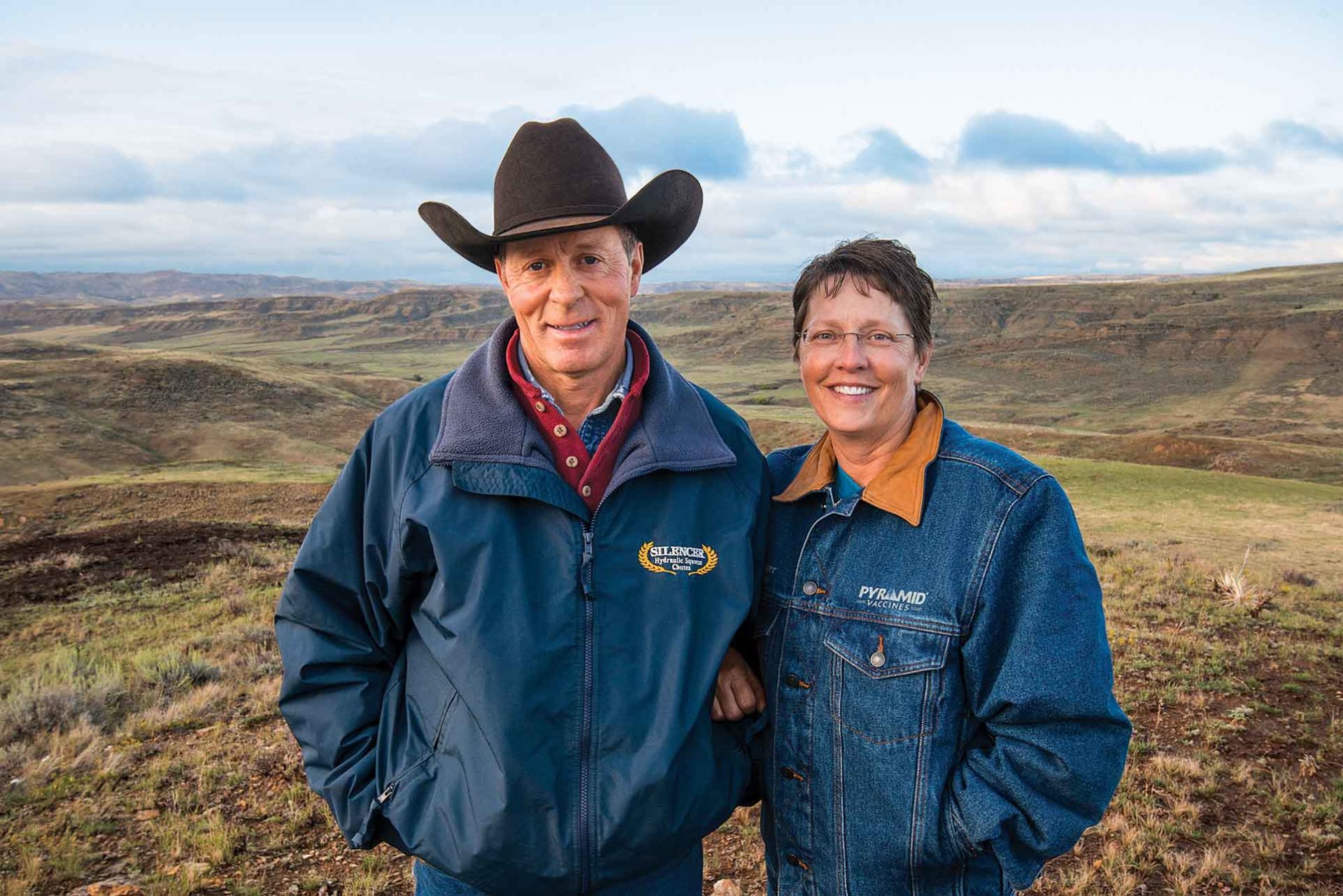 While instant gratification is, well, gratifying, expecting it can lead to the failure of a great agricultural management tool. One such tool faced with this dilemma is using flea beetles to control persistent and pervasive infestations of the noxious weed leafy spurge.

A long-lived perennial with roots that can mine 30 feet into the soil profile and feature buds capable of sprouting new plants, leafy spurge has proven challenging to control.

Caution! When David and Terri Kane purchased their ranch just across the Wyoming border south of Decker, Montana, in 1988, every nook and cranny of the rough landscape was painted a cautionary yellow by leafy spurge. “There was a lot of potential here, but it was daunting facing not only leafy spurge but sagebrush and a lack of water,” David recalls.

Initially they sought to tackle leafy spurge with herbicides. Rough, hilly terrain meant hiring a helicopter to spray for a bank-busting $600-plus per hour. “It was like pouring money down a hole,” he says. “And if you didn’t treat every 4 to 5 years you were right back where you started.”

Using flea beetles to biologically control leafy spurge came to the Kanes’ attention when David was serving on the Sheridan County Weed and Pest Board. They were distributing them to area ranchers, and since David had plenty of leafy spurge, he took a few flea beetles home himself. He released them on a patch of leafy spurge and forgot them, continuing with his spray program on the rest of his acres.

Lingering results. After four years of spraying, the Kanes noticed where they distributed the flea beetles the leafy spurge was gone, while they continued to battle returning leafy spurge where they were spraying. “With chemicals it looks dead right away, but with the flea beetles it’s just the opposite. You don’t see much for several years, then it’s gone,” he says. 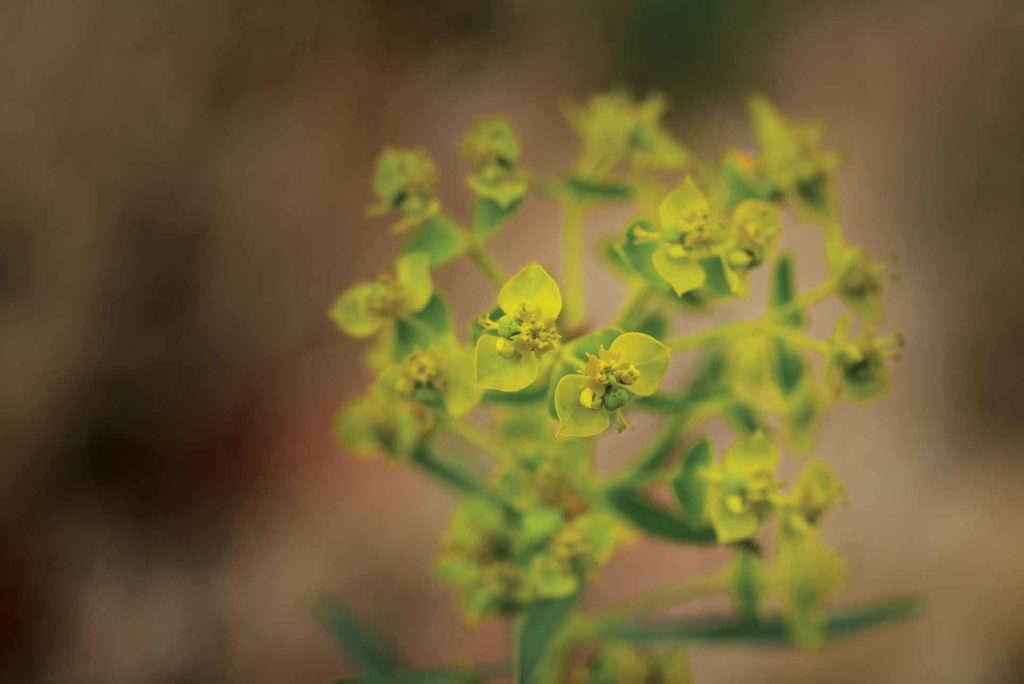 Flea beetles have proven to do an excellent job of controlling leafy spurge not only for the Kanes, but for many others. Since the introduction of flea beetles in North Dakota, leafy spurge infestations have declined from 1.5 million acres to half that amount, reports North Dakota State University professor of plant sciences, Rod Lym. “Some of that reduction is due to new chemical options, too, but flea beetles have certainly played a big role,” he says.

Flea beetles have three growth stages, but it’s the larvae that do the most damage. Lym explains eggs are laid in the soil, larvae hatch and begin feeding on the fine leafy spurge roots. In the second instar they move to the larger root system while the third instar feeds on root buds — next year’s new stems. “This feeding destroys the root about 6 inches down,” Lym says. “It doesn’t kill the plant the first year, but continued feeding reduces infestations, making leafy spurge just a background plant.”

This is precisely the result the Kanes have seen over the years, but note their success is tied to ongoing management of their flea beetles.

“On the board we’d see people returning saying flea beetles didn’t work,” Kane says. “The patch they released them on was gone, but they hadn’t moved. In our terrain we realized you needed to continue to spread the flea beetles to get better results.”

Spreading out. Each July, the Kanes devote several days to sweeping mature populations — those established for at least three years — of flea beetles with nets and releasing them in other problem areas. They gather about 3,000 beetles per large Styrofoam cup. 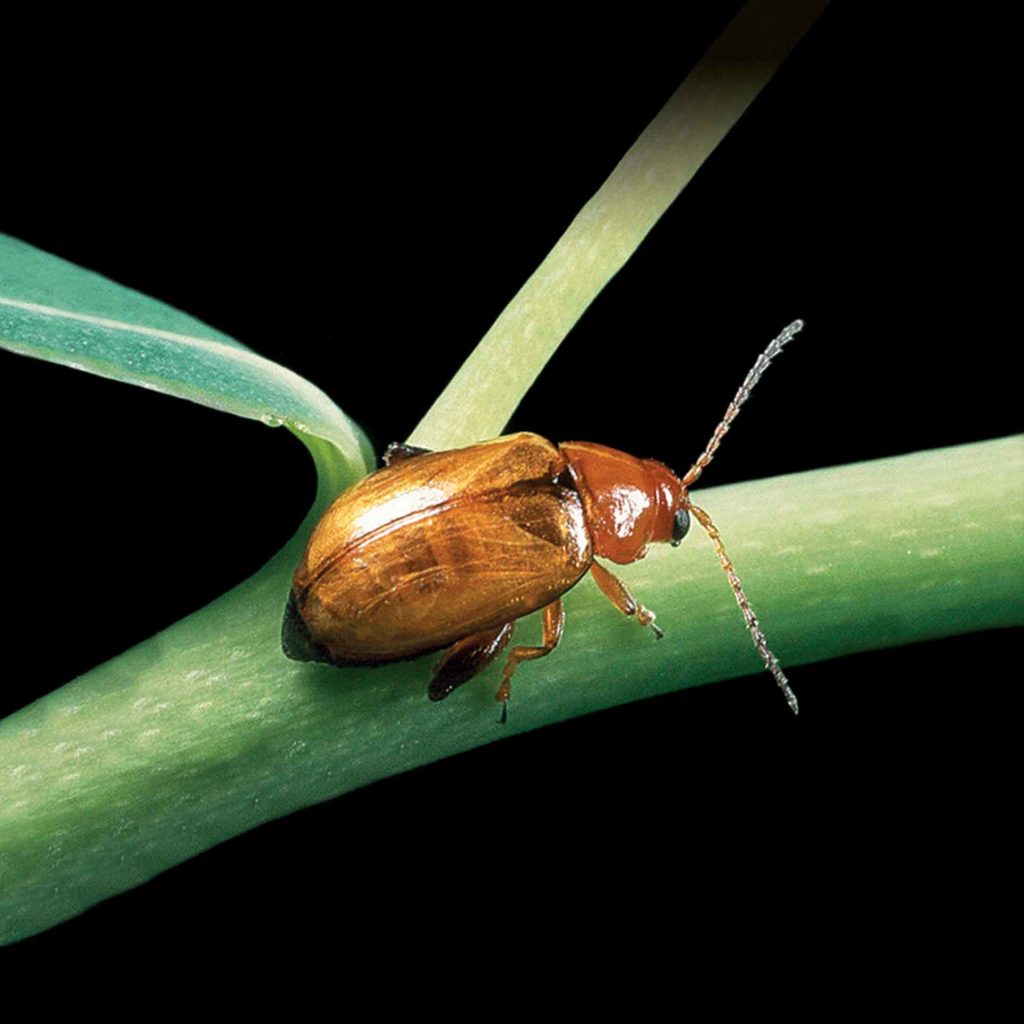 “We collect in late June or early July when it’s hot but before they lay their eggs in late July,” Terri says.

Lym notes the flea beetles can fly when their food source runs out, but in the Kanes’ experience they get faster and more thorough results by manually spreading them where needed.

Sandy soils and those prone to flooding are generally not ideal for establishing flea beetles as they are not conducive to supporting the larvae, the most critical stage for control. For best results, Lym recommends releasing flea beetles at the edge of a patch as opposed to the dense center.

“We have completely taken leafy spurge out of our drainages, we just maintain now,” Kane says. “That plus sagebrush control and water development has more than doubled our productivity, and that’s being modest.”