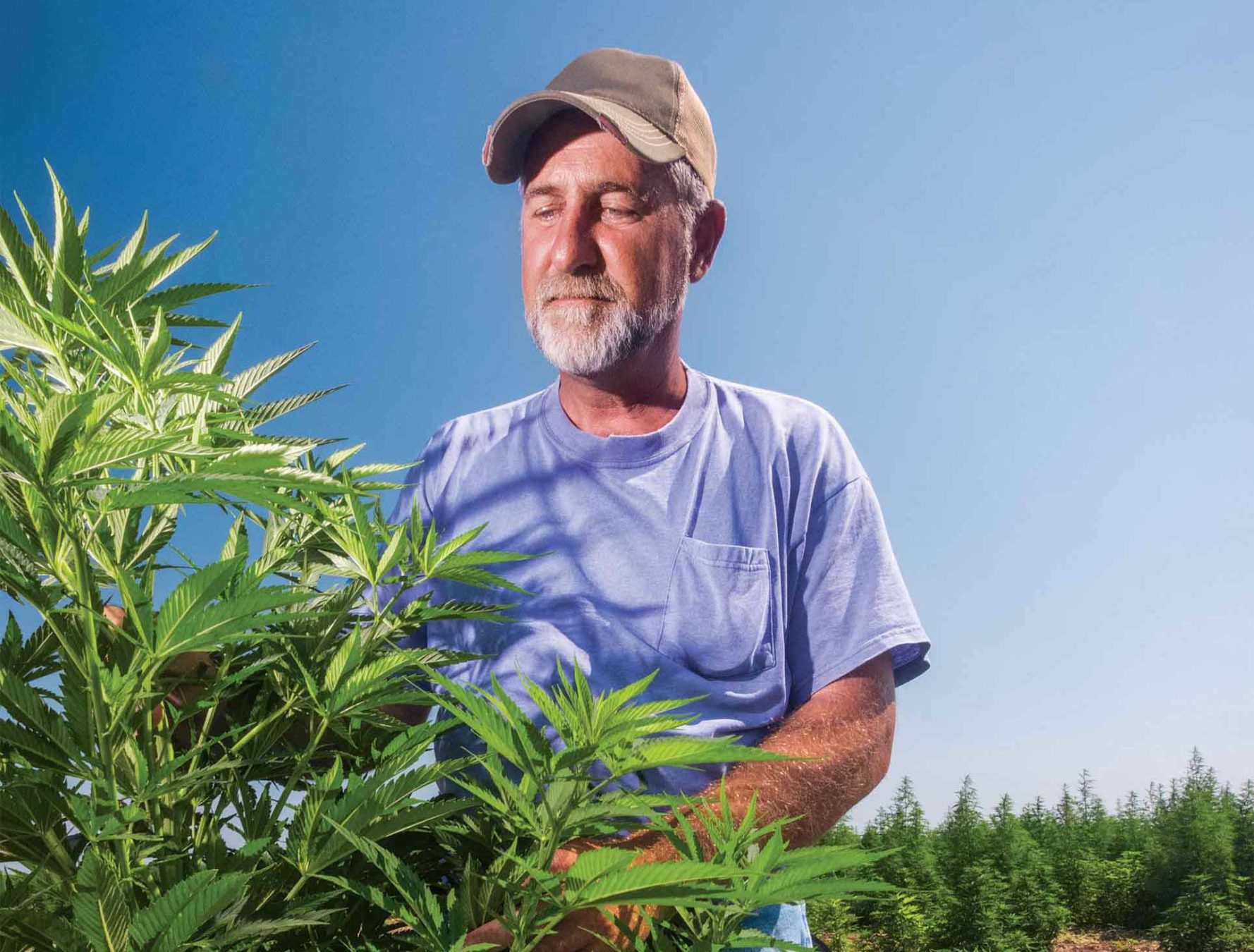 Hemp isn’t marijuana, but the stigma attached to the latter is preventing the former from becoming what some believe could be America’s next super crop. After 80 years of legal entanglement with its embarrassing Cannabis sativa cousin, industrial hemp is slowly breaking free of the drug enforcement laws that have held it down.

A provision in the 2014 farm bill  first hinted of a change in government policy toward hemp. The law distinguished between marijuana and hemp, with the later defined as containing no more than 0.3% tetrahydrocannabinol (THC) — the intoxicant in marijuana. Tightly controlled university research and pilot testing projects were allowed in states where hemp production was already legal. 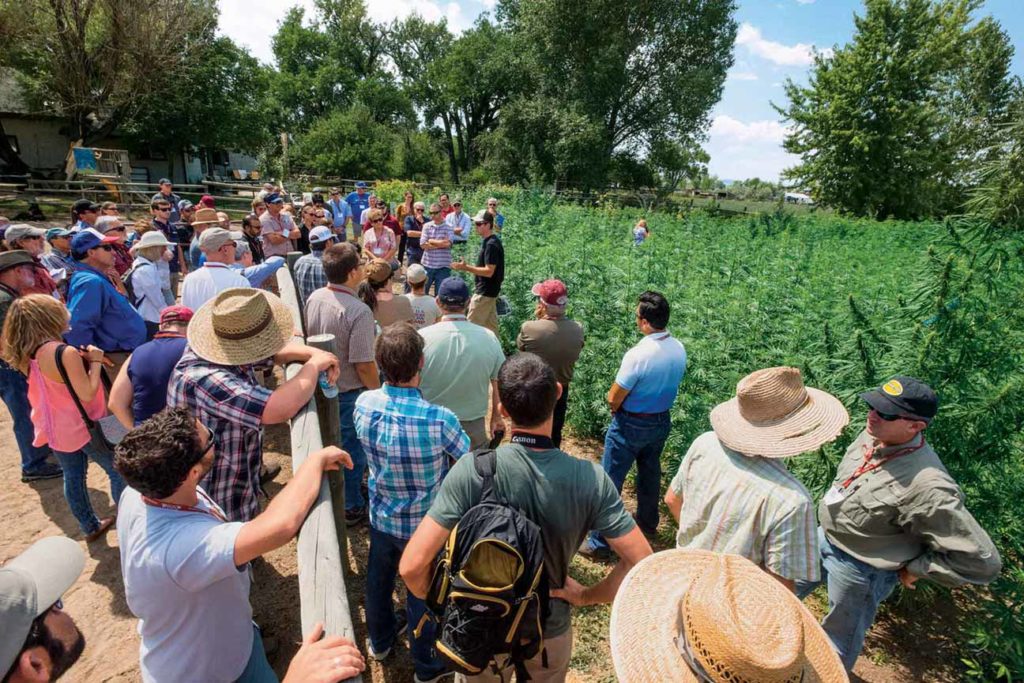 State legislatures have rushed through this opening in hopes of participating in a promising new industry. To date, 31 states have passed legislation allowing some level of research, pilot production, or commercialization of industrial hemp. Last year an estimated 8,000 acres of hemp were grown, primarily in the states of Colorado, Kentucky, Tennessee, and Oregon. Registered acres of hemp in 2016 increased by 140% from 2015.

However, the long arm of the Drug Enforcement Administration (DEA) and the 1970 Controlled Substances Act (CSA) has frustrated efforts to put industrial hemp on a faster track. “Despite the farm bill and efforts at the state level, the federal law defines marijuana so broadly that it includes industrial hemp,” says Colorado lawyer David Bush, founder of the Industrial Hemp Research Foundation.

“Failing to recognize the difference  is slowing the development of an environmentally sustainable crop that could be easily added to rotations and lead to an industry providing tens of thousands of jobs,” he adds.

Laws aimed at controlling marijuana are limiting hemp in a number of ways, including the inability to freely import seed from outside the U.S. or move seeds and plants across state lines, confusion among law enforcement between marijuana and hemp, and a fear among university administrators that conducting research on hemp could jeopardize federal grants  that their institutions depend upon.

Last fall, a joint ‘statement of principles’ from the DEA and USDA promised that the latter problem would no longer occur. Proponents of the crop are lobbying for passage of the Industrial Hemp Farming Act — currently in both the House and Senate — to amend the CSA and remove hemp from DEA regulation.

Seed needs. Hemp is legal in 30 countries, including Canada (where it’s a billion dollar industry) and those in the European Union. Crop breeders there have developed dozens of varieties with low levels of THC and other advanced features, but until recently federal laws made it nearly impossible to get that seed into the U.S. 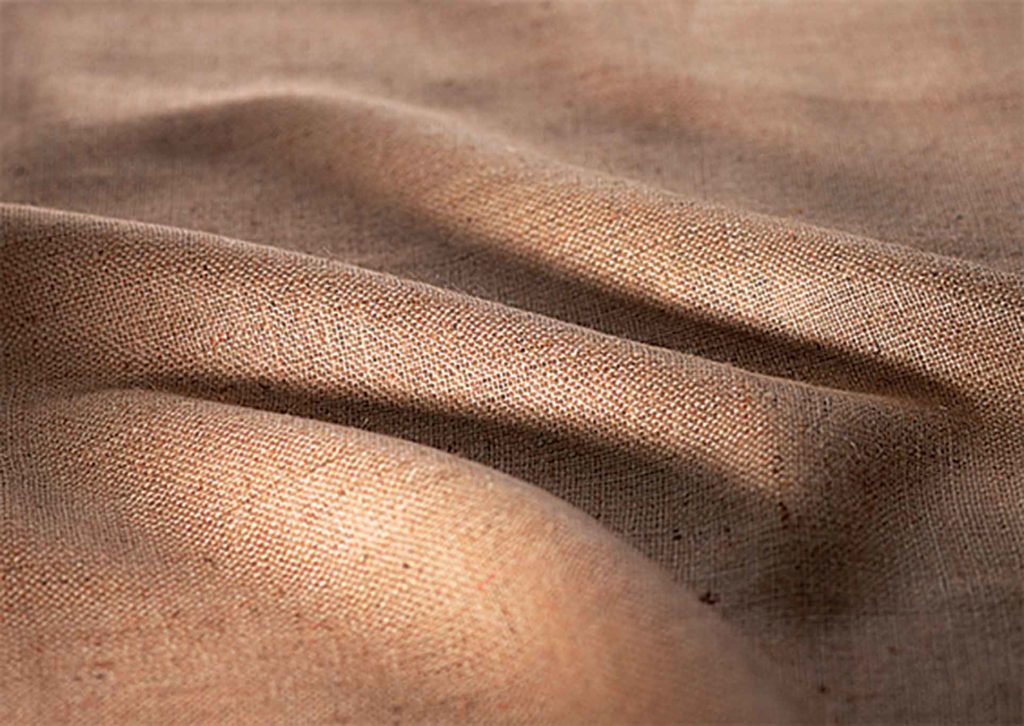 David Williams, agronomist at the University of Kentucky, says that situation is improving. ”The roughly 180 growers we’re working with are now getting seed from all over the world through a DEA permit granted to the Kentucky Department of Agriculture in accordance with the farm bill.”

“Reliable seed is important because hemp fields must be licensed by the state and are inspected prior to harvest. If the THC level exceeds the 0.3% limit the field must be destroyed, so understanding how varieties perform is important,” explains Duane Sinning, seed program director with the Colorado Department of Agriculture.

Sinning, who works with the roughly 400 hemp growers registered in Colorado, says the solution is for states to develop a certification program for hemp. To that end, his group recently evaluated six varieties for certification. Kentucky and Tennessee will also certify varieties for 2017.

The market. By some estimates, hemp is used in 25,000 products worldwide –— from car doors to kitty litter and dietary supplements to therapeutic oils. The U.S. market — estimated at $600 million — is supplied totally by imported hemp.

Wray, Colorado, farmer Ray Sitorius grew 25 acres of hemp last year and sees tremendous opportunity.  “Hemp uses less water, fertilizer, and other inputs than anything else we can grow. It’s very sustainable and if regulations were relaxed production would advance rapidly,” he says.

Sitorius is focused on hemp varieties that produce high levels of CBD oil — a nutraceutical acclaimed for its natural therapeutic benefits.

Williams says the focus in Kentucky is to attract a processing industry focused on hemp’s unparalleled qualities as a fiber source. “There’s major interest, and we think hemp could become a high-value crop in this region.”