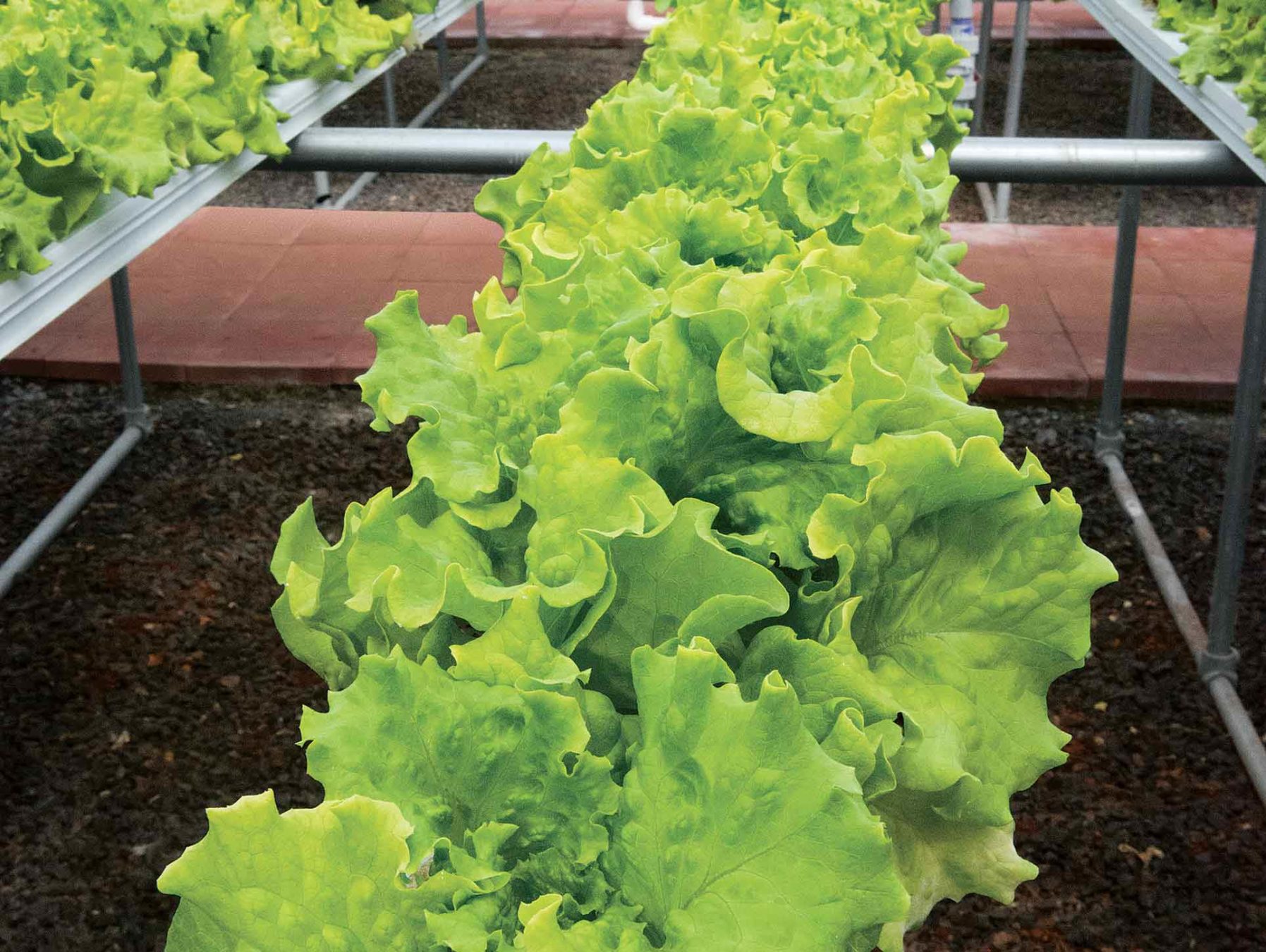 While flying the world as a Continental Airlines pilot, Jeff Dean thought a lot about farming. What sort of farm would best suit him? Certainly not the small dairy farm he’d grown up on in Michigan. Something requiring a small footprint, something intensive with profit potential, he thought.

He observed farms while living 18 years in Hawaii and got a different viewpoint after moving to New Jersey. He even ran a small farm in Fiji for a while, growing tomatoes and local crops. “I loved it. I grew up on
a farm. It’s a passion, that’s what it is. It always interested me,” Dean says.

Right place, right system. Dean and his wife, Trish, not only wanted the perfect sort of farm, they also wanted to farm in the right place. 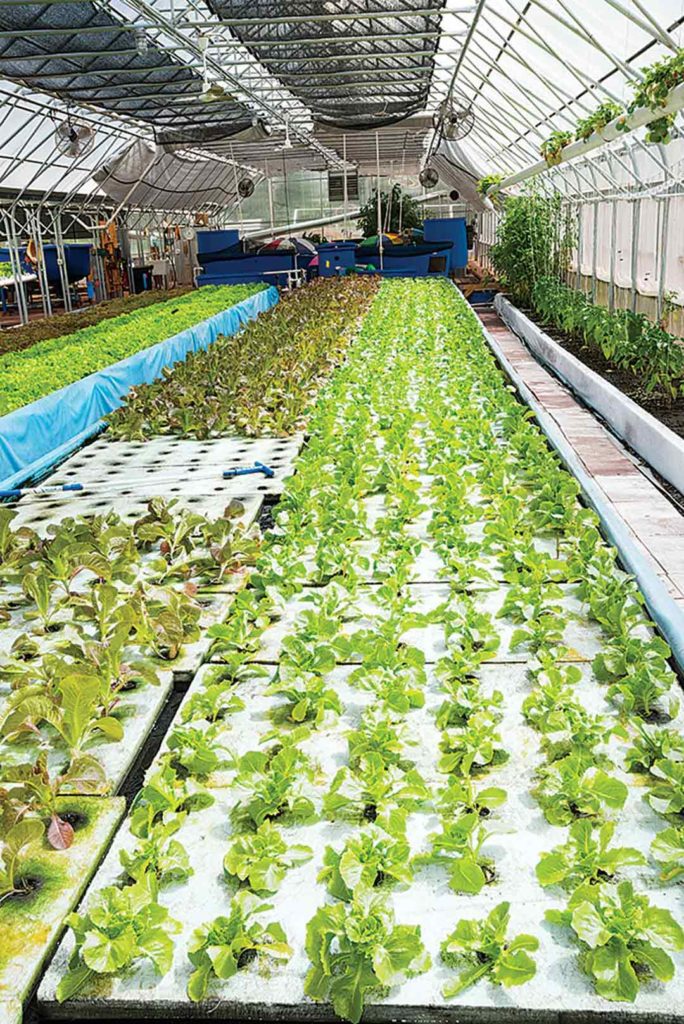 Produce-filled rafts move through the system until ready for market at the end.

“We looked all over for 12 years We wanted a decent climate with warmer weather than we had in New Jersey. We really liked the area around Nashville, Tennessee, but looked in the Knoxville area, too, and fell in love with this place in the Greenback community. It’s just beautiful,” he says.

The operation they built, called Eco-Rich Farms, is an efficient greenhouse aquaponics system on a small footprint with room to expand. They grow several lettuce types, Swiss chard, kale, arugula, and micro greens. They also market the tilapia supplying nutrients for the system.

“Our products have great taste and are healthy for you. We’re priced at the organic level. We use no chemicals or commercial fertilizer. The water is very clean. We use biological methods like ladybugs for insect pests, but there’s been little of that,” Dean says.

“Our customers dictate what we grow. We pay attention to the market. The way we do it is more expensive than growing produce out in a field. But there’s demand for it so we’re getting higher prices for our products.”

Upscale markets. They quickly built markets at upscale restaurants and several stores in the area, and sell at farmers markets, as well as an assisted living facility. They also do home delivery at a nearby community once a week, with products packed in recyclable coolers. Those customers order and pay on the internet.

After three years in the business, the Deans are just now turning a decent profit. There is a learning curve with aquaponics production, and there is nothing simple about operating the closed-loop system. 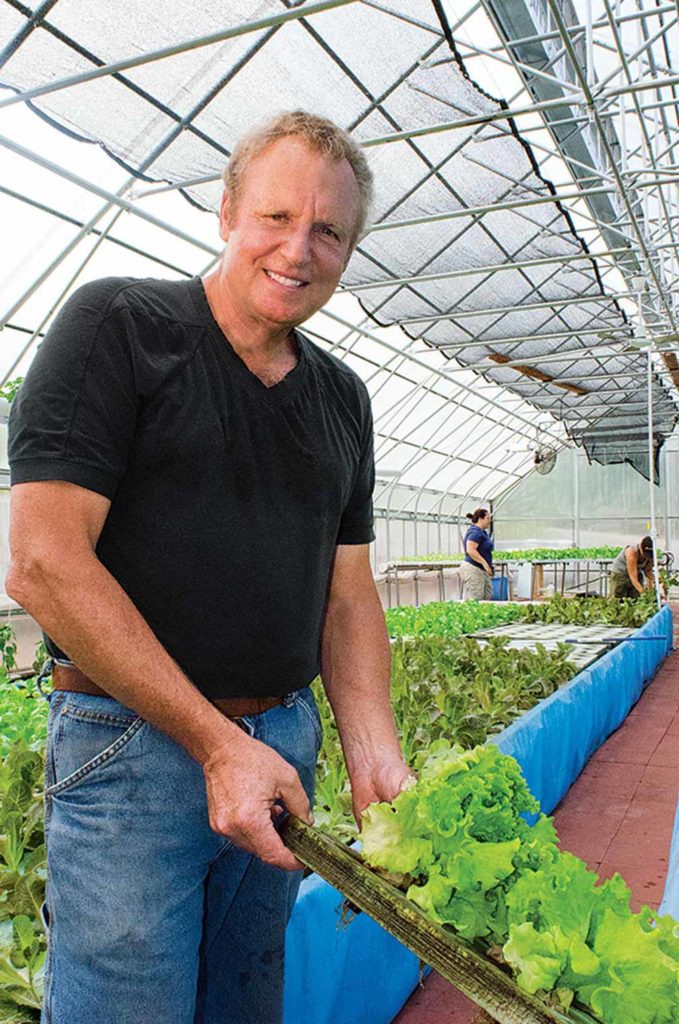 Former airline pilot Jeff Dean grew up on a Michigan farm and then built the operation he wanted in East Tennessee.

“My concept is to try to get it economical. That’s what all farmers want.  The goal is to be profitable. The aquaponics system is developing to help feed the world and make people self sufficient. They do it a lot in places like Haiti and rural Central America. It can use solar for power. It just takes a little ingenuity,” Dean says.

In the Dean’s greenhouse, they grow plants from seed and transfer them to a floating raft system. As they mature, the rafts are moved through the system. They’re ready for market when they reach the end of the lineup.

The tilapia grow in large tanks of water that is recycled every hour. They are fed a mostly plant diet with protein that aids growth. “It’s labor intensive. The main thing is that an aquaponics farm needs year-round customers,” Dean says.