Soybeans may have been first introduced to Ontario as a forage crop in 1893, but today most dairy farmers would only consider silaging their soybeans if there was a bad drought. However Oliver, Nick, Robert, and Michel Thurler feed their 450-cow milking herd, in South Mountain, Ontario, beanlage (soybean haylage) in a 35/65 percent ratio with corn silage every year. They’ve found it to be a dependable, high quality, cost effective dairy ration option.

“Our beanlage contains anywhere between 24 to 27 percent protein,” Nick Thurler says. “You just cut them once, but they yield as much as three cuts of nice alfalfa.”

According to Lenny Van Loon, a feed specialist with MacEwen Agricentre in Maxville, Ontario, who works with the Thurlers, beanlage usually yields about five tons dry forage per acre. They are an excellent addition to their ration. Not only do they have high protein content but their dry matter digestibility is between 75 and 85 percent too. They also have a good scratch factor which helps stimulate rumination. 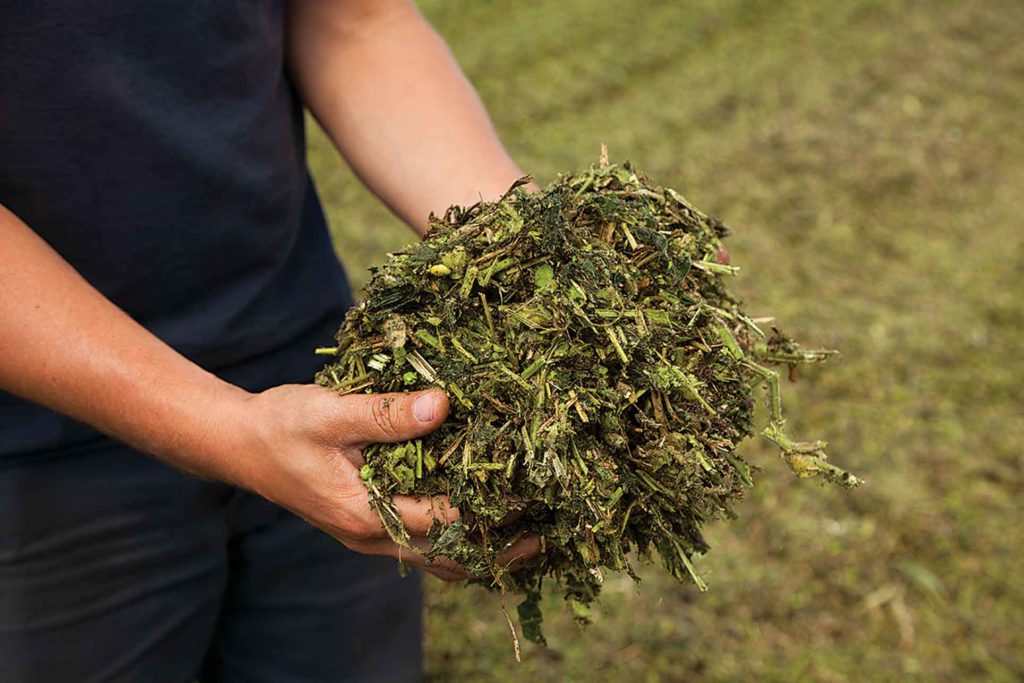 The Thurlers have found beanlage has very consistent feed values.

“I can’t say it’s a better feed than alfalfa, but I will say that it’s just as good,” Thurler says. “Their feed value is really consistent too. That’s a big advantage because once you have your ration set, it’s set for the entire year. The numbers don’t vary.”

Winter kill. The Thurlers grew alfalfa for years but found they were having a lot of winterkill in their flat, heavy clay soils, Nick Thurler says. The problem got so bad a decade ago that they switched to a mixture of reed canary and brome grass for haylage. It worked well if they received rain during the summer, but they found they didn’t get much on their second and third cuts in dryer years.

“I first heard about forage soybeans from a fellow who had grown them in Quebec,” Thurler says. “I thought it sounded like a great idea so we planted a 200-acre trial. It worked out so well that we’ve never looked back. We now grow 450 acres of forage soybeans in addition to the 1,400 acres of soybeans we plant for grain. If our yield is down due to dryer than normal conditions, we silage some of the grain beans to make up the shortfall.”

Since they plant their soybeans every spring, winterkill is no longer an issue. They select a very tall, very late variety. Thurler says that in a normal year they’ll grow to shoulder height.

Forage soybeans are more or less grown the same way that any other variety would be. The one difference producers need to be aware of is that not all crop protection products registered for soybeans grown for grain can be applied to those used for forage. Others require a certain number of days between last application and harvest. For example you have to wait at least 14 days after your last application of Roundup WeatherMAX before you can cut your soybeans for forage. 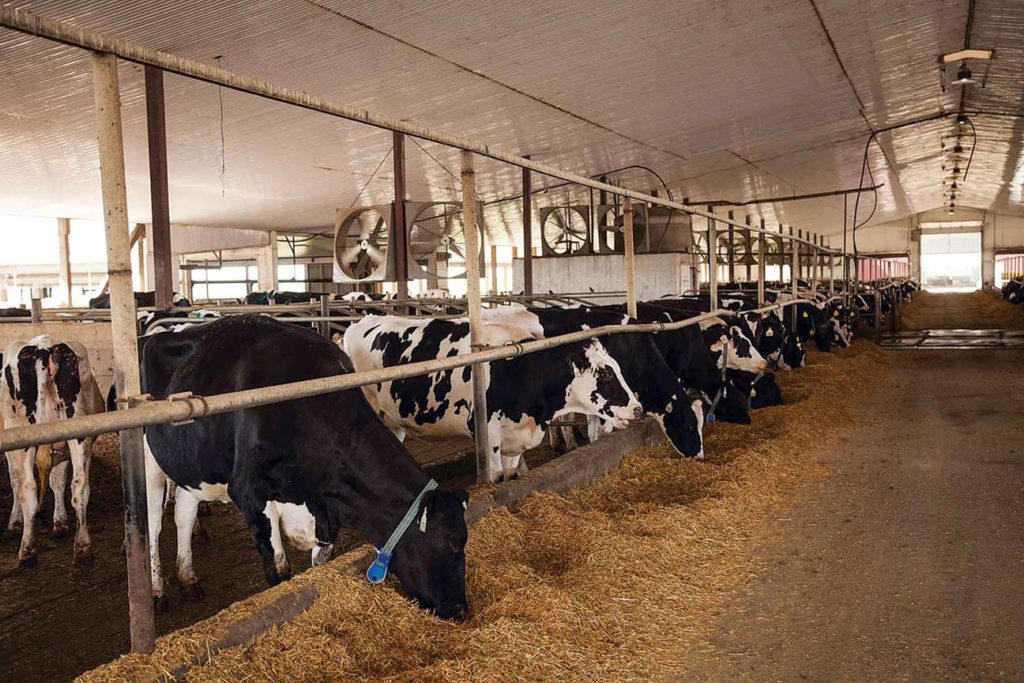 They feed beanlage in a 35-65 percent ratio with corn silage.

Thurler starts cutting his soybeans with a diskbine (without a crimper) as soon as they stop flowering. They are allowed to sit in a windrow for about three days until they are around 60 percent dry matter. Once they reach this stage they rake three or four swaths together and run them through the forage harvester. They are allowed to ensile for three or four months in their bunker-style silos and then they are ready to be fed.

A few disadvantages. The biggest disadvantage to using beanlage is you are placing a lot of your eggs in one basket, Thurler says. Your feed supply could get a bit dicey if you have a severe drought, a bad hailstorm, or run into a major disease problem. It also creates a very heavy workload in late August and September. They have to start silaging corn as soon as they wrap up their beanlage operations.