“We’ve worked for 16 years to improve the quality of our soil and have made some significant gains,” says Almena, Kansas, farmer Michael Thompson. “I’m confident this will help us through tough times, whether they’re from weather or the economy.”

Thompson adds that he’s sure  healthy soils will keep him in farming because it was the quest for soil health that got him into farming in the first place. “When I graduated from high school my father suggested I become a teacher because there wasn’t room for me on our wheat/summer fallow farm. I did teach for 12 years, but I also became a student of soil health and how no-till, cover cropping, and crop diversity could expand our family’s farming operation.”

Soil is alive. “I learned that soil isn’t just dirt — it’s alive and needs to be fed and maintained and ours wasn’t functioning like it should,” says Thompson. “Nearly a century  of tillage had degraded the soil by reducing organic matter levels, allowing erosion to occur and limiting the water infiltration rate. We had switched to no-till, but this didn’t really seem
to solve any of these problems.” 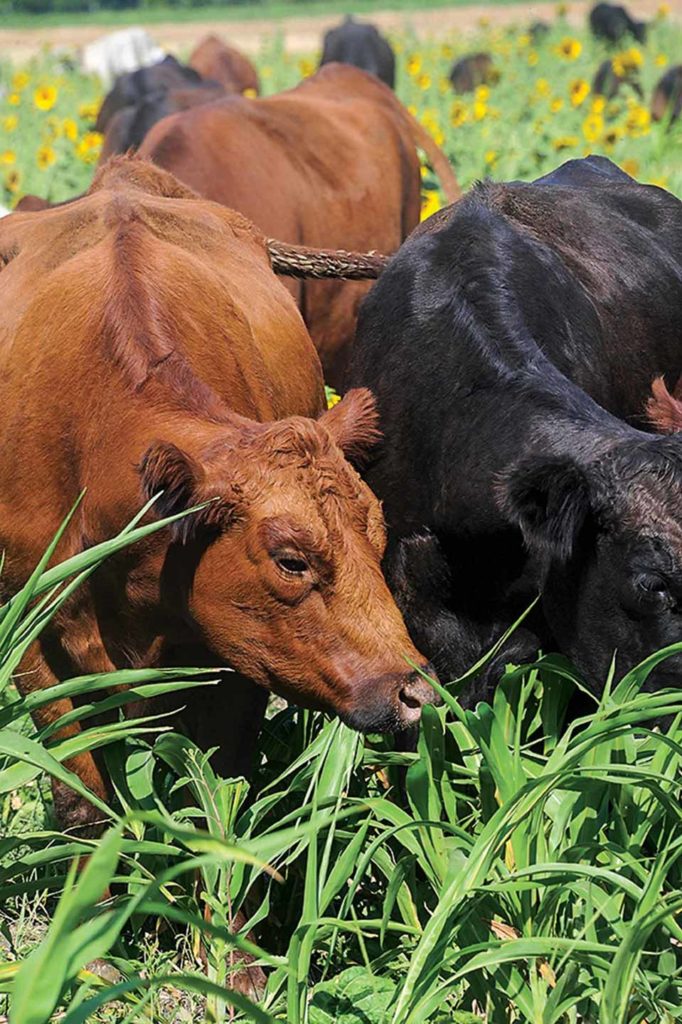 Thompson persuaded his dad to give him a chance on a few eroded hillside fields and also managed to buy other poor-quality ground. “I started by planting a cover crop mix instead of the fallow year in the traditional rotation. The cover crops provided supplemental grazing which allowed adding a cow/calf element.  The livestock added income, but we soon learned the diversity also improved crop production.”

Michael’s innovative approach soon spread to the rest of the Thompsons’ 4,000 acres of crop and range land.  “We use a mob grazing system where the cattle are moved every two days. This leaves plenty of residue to cover the soil and provide carbon to build soil organic matter levels, “ he says.

“The infiltration rate on our soils has increased tenfold — from 0.2 inches per hour to 2 inches. And, our residue cover reduces the soil temperature which limits moisture loss to evaporation. All these factors have allowed us to add corn to our rotation and made crop yields more resilient in times of drought,” says Thompson.

More profit. Fertilizer and chemical savings add to the benefits of a healthy soil. “We get 30 lbs. of nitrogen, 6 lbs. of phosphate, and 3 lbs. of sulfur per acre for each 1% of soil organic matter. And, the deep-rooting species we include in our cover crop mixture cycle nutrients back to shallower depths where crops can use them,” says Thompson. 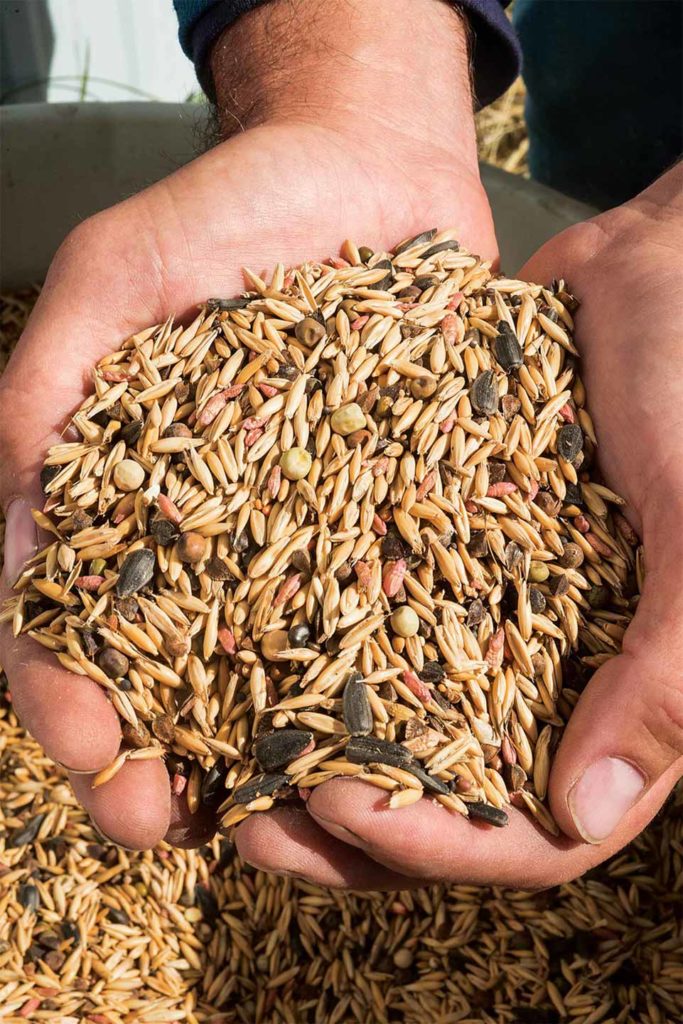 Thompson plants a crop of rye after corn harvest. After wheat, he uses a mixture that includes legumes, grass, and broadleaf species with varying root depths to cycle nutrients, create residue, and provide grazing.

The bottom line is that Thompson’s cover crop program has reduced the farm’s nitrogen cost to produce corn from $56 per acre to $35; phosphorus  from $27.20 per acre to $0; and herbicide cost from $40 to $25 compared to growing no-till corn.

“This is why my hope for the future is based on a healthy soil and why if  my son someday asks to join the family farm I don’t have to tell him no.”