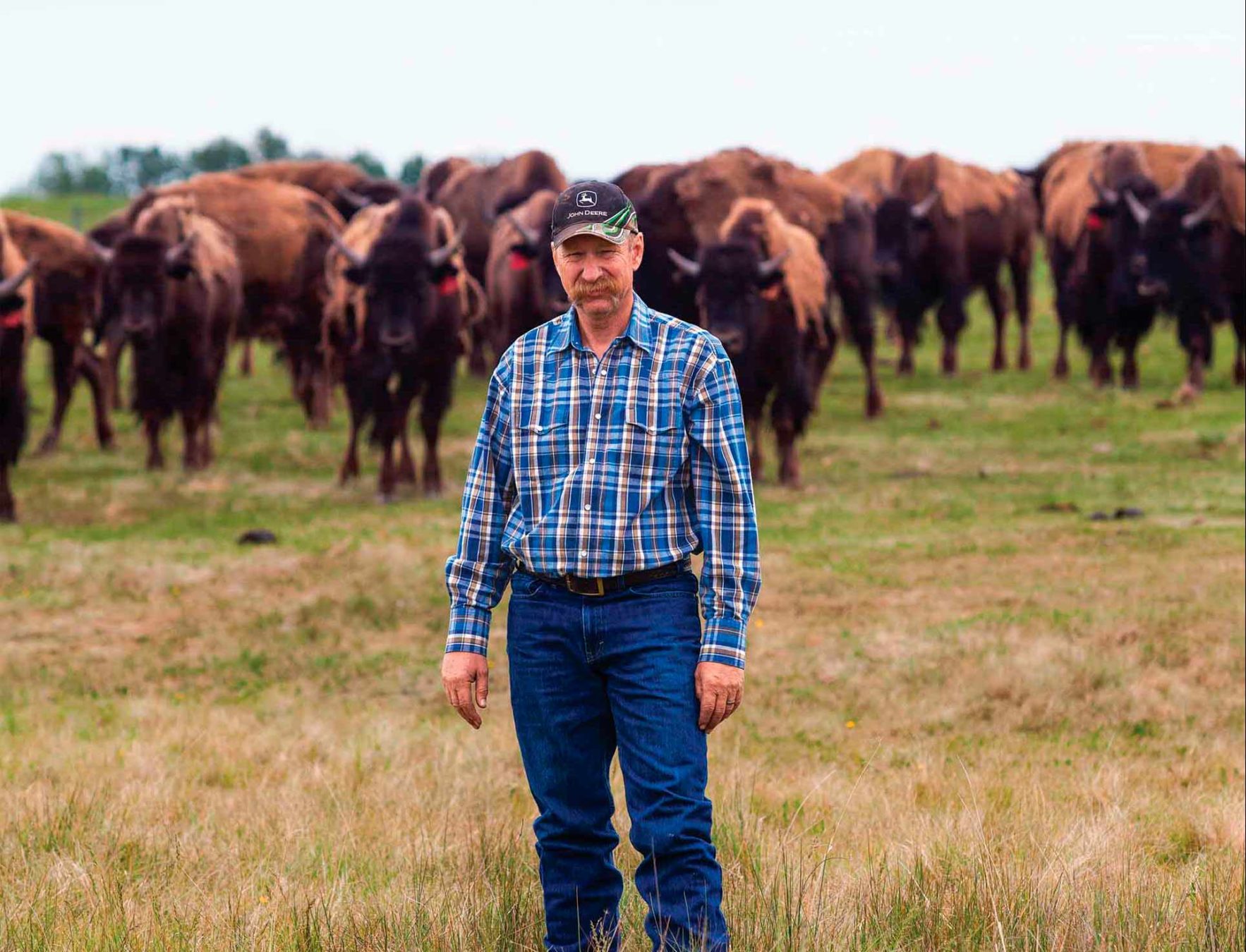 A herd of plains bison (buffalo) is once more roaming the hills of Peepeekisis First Nation reserve one hour east of Regina, Saskatchewan. It’s believed that these are the first buffalo to have been on this section of their native range since at least the 1880s. The return of the animals, viewed as sacred givers of life in some native cultures, has become a symbol of hope for the people of the reserve. They’re also a reminder of how one person can make a difference. They wouldn’t be there if it hadn’t been for a dancer’s dream and a rancher’s faith.

Lima Nanai grew up on the South Pacific island of Samoa, a long ways from the Canadian Prairies. But the dancer had always been fascinated by stories of North American native life on the Great Plains. He found life for modern natives was very different from the stories he had heard in his youth when he, along with the fellow members of his Christian dance troupe, came to Canada to share their life and culture with First Nations people. Issues became even clearer after he met and married a Cree woman from Peepeekisis.

Crazy idea. “Lima and I were discussing his experiences when he told me, ‘there is this sense of brokenness that I see right across Canada on the reserves,’” says Wayne Johnson, Board Chair of Nanai’s Island Breeze dance group. “I asked him, well what are you going to do about it? He said, ‘I’ve got this crazy idea that I’d like to give them a herd of buffalo.’ I thought he’s stark raving mad but I asked him where are we going to get buffalo? He said, ‘I don’t know, that’s your job.’”

A few months later Johnson was in Carstairs, Alberta to meet with Ron Steckly The two are volunteers with OneBook, a charity that’s translating the Bible into 250 different languages throughout Africa and Asia.

“As I was pulling up to his yard I saw a whole whack of buffalo,” Johnson says. “When Ron told me that they were his buffalo I shared Lima’s dream with him. Then I asked him if he would be interested in donating ten buffalo cows and a bull to the project.”

“I said no, but I would donate a mixture of 20 younger and older pregnant cows, plus two bulls, to give them a better chance of success.” Steckly said. ”Karen and I had been looking for ways to give something practical back to society and when Wayne told me about the proposal I knew in my heart that it was the right thing for us to do as Christian farmers.” 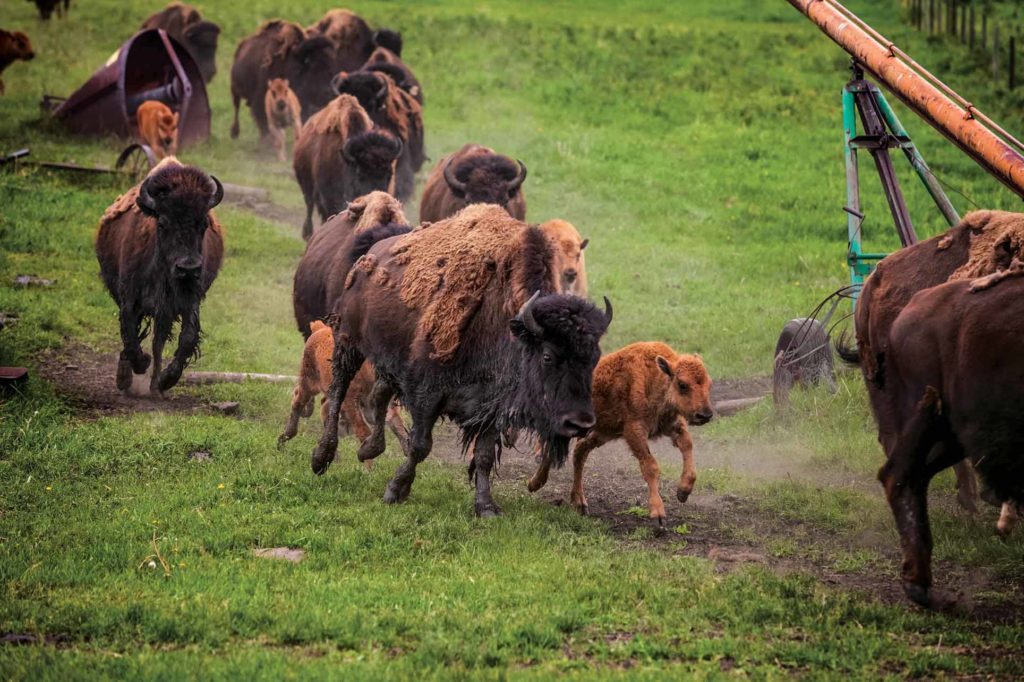 Lima Nanai says that giving a herd of bison to the Peepeekisis First Nation started out as a crazy idea that he had to give the band a symbol of hope.

Johnson passed on Steckly’s interest to donating buffalo to Nanai at Island Breeze. Nanai’s “crazy dream” was becoming a reality.

“The Dakota, the Lakota, the Plains Cree, the Saulteaux, the Assiniboine and the Ojibway call ourselves the buffalo people because when we lived our sovereign life on the land, the buffalo were our life,” says Peepeekisis headman Allan Bird. “But when Lima came to the council office and offered to give us a herd of buffalo, the governing body, Chief Mike Koochicum, myself and the other headmen, Stuart McNabb, Francis Dieter and Blain Pinay, our first reaction was one of caution. I mean really why would anyone give us a free herd of buffalo? Perhaps we were overly suspicious but historically we’ve had mixed experiences when people came and offered us something for free in the past. Our ceremonial man though, the late Mike Pinay, was thrilled and offered to help any way he could.”

Nanai’s organization, Island Breeze, offered to supply the band with twenty bred cows and two bulls. Island Breeze would retain ownership of the original herd but Peepeekisis would keep all of the calves. At the end of five years the original herd would be moved on to another reserve to start the process again.

“We discussed the proposal with a bit of shock, awe and wonder,” Bird says. “In the end we unanimously decided to accept the proposal and use some of our economic development funds to fence the paddocks. A covenant was made but never signed with Island Breeze. We shook hands and that was it.”

The reserve decided the buffalo were to be kept for their symbolic value not their economic potential. Excess bull calves would be sold as warranted; that’s a secondary venture.

“About this time I got a call from Lima that a group from Peepeekisis wanted to come to the farm to see the buffalo,” Steckly says. “Initially just five were coming but the number kept growing until eighteen arrived on a bus. It was really neat to watch their faces when I took them out to see the buffalo for the first time and they realized they were soon going to get some of them for their reserve.

“None of them had much experience dealing with animals, so they asked a lot of questions” Steckly said. “I shared my recommendations on fencing and winter feed. I offered any help they needed because I really wanted to make sure they would succeed.”

Steeped in controversy. The decision to accept the buffalo was not without controversy, says Pinay. People wanted to know where the buffalo were coming from, how we were paying for the fence and why the money wasn’t being used to build housing instead. 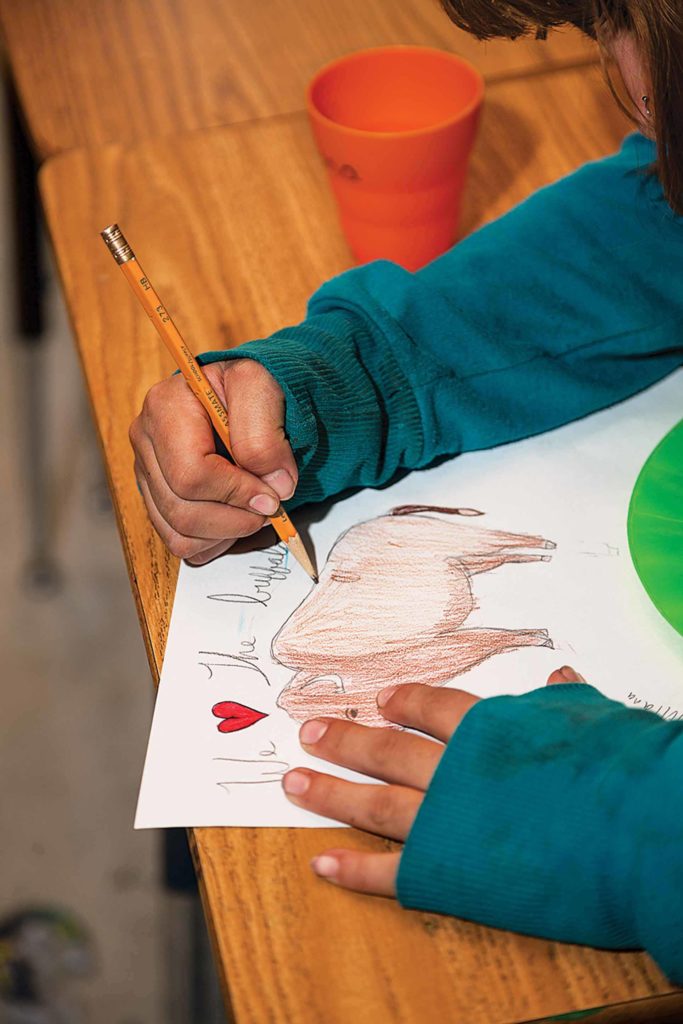 The buffalo’s return has given hope to people who sorely needed it.

“Peepeekisis is well known for not getting along with each other,” Pinay says. “We can’t even settle our land claims because two different factions can’t reach an agreement. When the reserve was first formed the government took the best and brightest people from many different First Nations and brought them to an industrial school here to teach them to farm. It was an experiment that failed. They never took into account facts such as the Cree never did get along with the Dakota, and so on. We’ve been disagreeing with each other about almost everything ever since.”

All this was set aside on December 8th, 2014; the day the buffalo arrived to a lot of fanfare. A big ceremony marked the occasion.

“It was a very emotional day,” Bird says. “People were moved to the point of tears when the buffalo stepped out of the trailer on to the ground. Everybody still talks about it.”

“We all came together that day when the first buffalo jumped out,” Pinay says. “It’s the first time anything happened on our First Nation that made us one people.”

“The buffalo were the one thing that we always shared as a common interest,” Bird says. “They are a part of all of our identity.”

Sense of hope. “I think they give the people of Peepeekisis a sense of hope,” Lanai says. “The truth is it couldn’t have been done without the support of non-First Nations people.”

It’s hard to over-emphasize how important providing hope is to the people Peepeekisis. The reserve struggles with the same despair, suicides, addiction issues and other social ills that plague many Canadian reserves.

“In my mind I can see the healing process coming,” Bird says. “The buffalo have brought back hope. It’s a slow process though; we can’t expect anything to happen overnight.”

For now though they’ve given residents a measure of pride that they’re part of the band that brought the buffalo home. It gives them something positive to talk about when they run into their friends who live in cities.

The arrival of the buffalo has brought a lot of positive attention and opportunity to the reserve. The coverage they’ve received has prompted people from across Canada to call with partnership offers in different business ventures. Bird says that in his mind it’s because the buffalo spirit is here again in him.

Other reserves have noticed the impact that having buffalo has had on the Peepeekisis Nation. Bird is continually approached by other bands asking how they can get buffalo too. 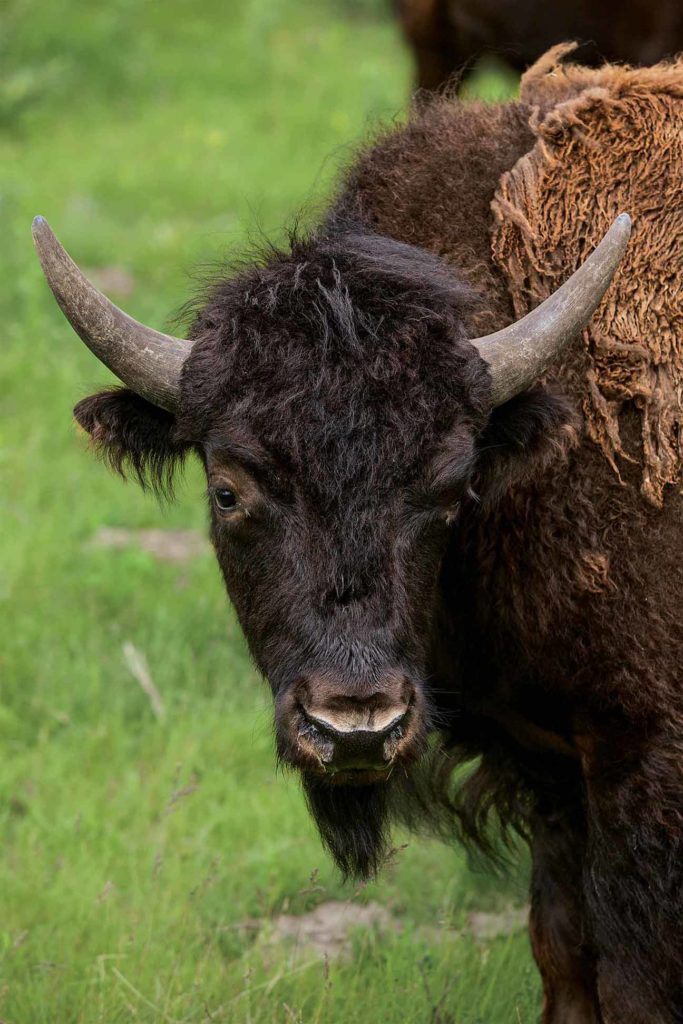 “It was a very emotional day. People were moved to the point of tears when the buffalo stepped out of the trailer on to the ground. Everybody still talks about it.”

“Education is the modern day buffalo,” Bird says. “You’ve got to have skills if you want to fit in this modern day world but you have to know where you came from too. Today when I walk through the school I can find the entire hall area filled with buffalo artwork. Teachers are including the history of the buffalo and our people in our curriculum. The kids are using the research they are doing to help them get in touch with their identity.”

Having them physically on the reserve has turned the buffalo from an abstract thought into a concrete entity that they can see every day, Lianne Bird says. Watching the young calves from the paddock fence has become a popular pastime in the spring.

“Being able to look out and see buffalo whenever I choose has helped me get back in touch with who I am as a First Nation person,” Pinay says. “I lived off-reserve in what they call the white world for many years. It’s amazing to me that my return has coincided with the return of the buffalo.”

Once there were millions of buffalo on the plains. They were hunted to near extinction but today the species has recovered. For the people of Peepeekisis First Nation perhaps it’s a sign; if the buffalo can thrive here then just maybe the buffalo people can too.