Corn was a sight typically only glimpsed on irrigated river bottoms and backyard gardens in Montana — until 2012 that is. When corn surpassed $7 per bushel a new sort of gold rush was on for farmers across the nation and, thanks to a number of factors lining up, even those scratching out a living on arid prairie farmland could stake a claim.

“People said you couldn’t grow dryland corn in eastern Montana,” says Scott Glasscock, Angela, Montana, farmer and cattleman. Dry being the operable word. “We get 12 inches of annual rainfall with only 4 to 6 inches coming during the growing season.”

Since going 100 percent no-till in 2001, however, Glasscock is capturing, conserving, and using almost every scarce drop. Drops that have yielded him nine successful corn crops.

Set stage. The 2012 census revealed Montana farmers no-tilled 6.9 million crop acres, making Montana the sixth most no-tilled state. Farmers such as Glasscock had grown confident with the practice and started making changes to their crop rotations including eliminating fallow and adding various legumes. When corn prices jumped, they simply added corn to the mix. 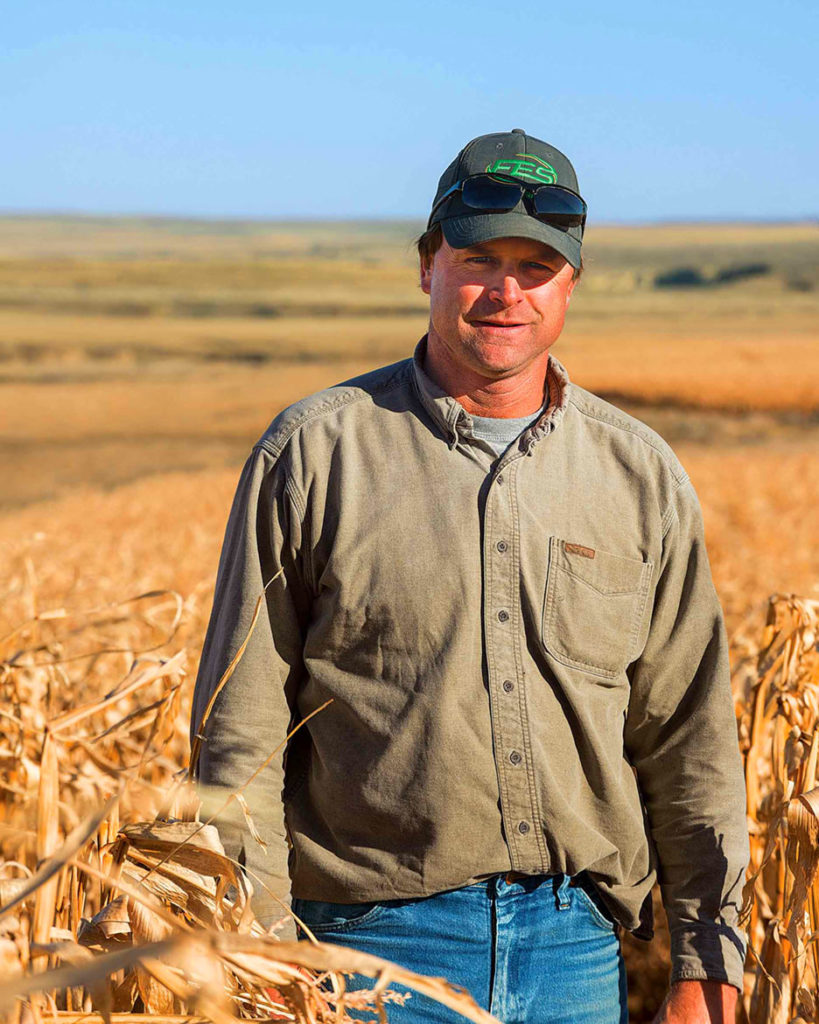 Scott Glasscock was the first in his area to delve into dryland corn. “Corn requires less nitrogen per bushel than wheat and any time you add a crop to a rotation you’re keeping your system healthier.”

Montana corn acres jumped more than 35 percent between 2011 and 2012 and were up a total of 69% between 2011 and the peak in 2014. While high grain prices were alluring, how the crop worked with his whole farm system hooked Glasscock.

He first experimented with dryland corn in 2005 when prices were a far less attractive $3 per bushel. “Our second year we planted 150 acres and it averaged 65 bushels,” Glasscock recalls. “We also wintered our cows on the stalks and realized the tremendous value we gained in saved feed. In winter 2015-16 we grazed 250 head all winter without feeding. We added body condition to the cows and they weaned calves that were 50 pounds heavier this fall. We also had a 95
percent conception rate.”

Droogsma says no-till and corn hybrids better able to handle drought and heat stress have helped drive dryland corn success in Montana. And producers don’t need to haul in triple digit yields to come out ahead. 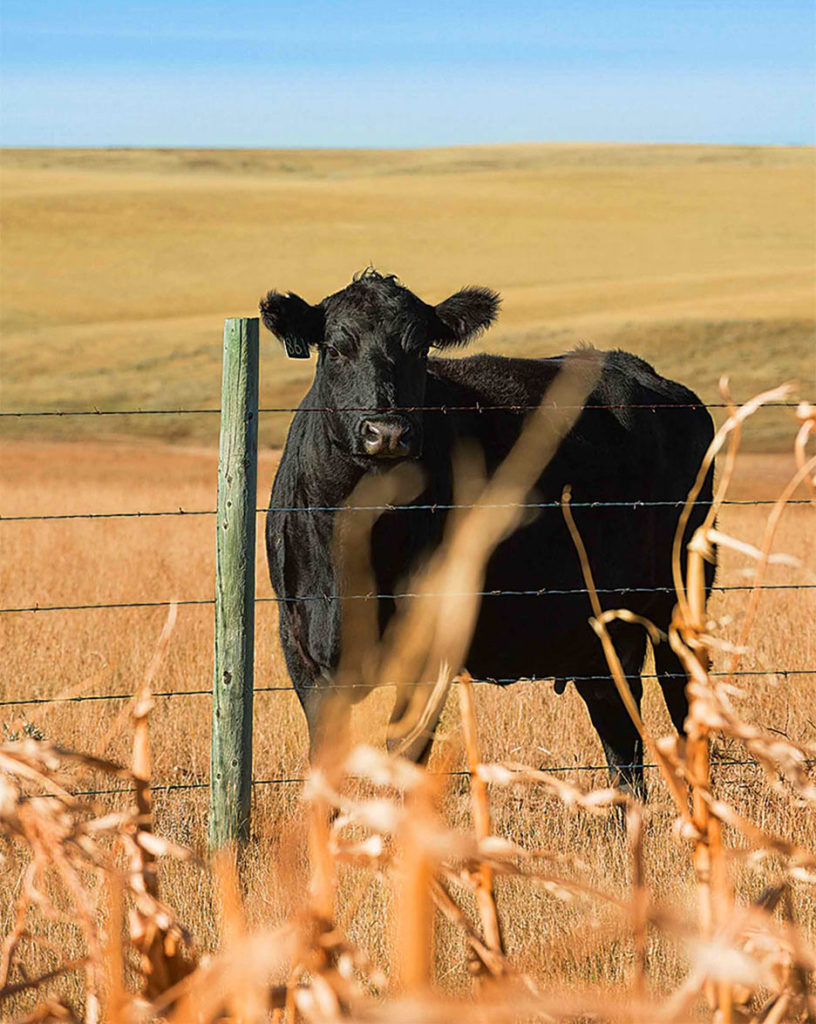 “In winter 2015-16, we grazed 250 head all winter without feeding,” says Glasscock. “We added body condition to the cows and they weaned calves that were 50 pounds heavier this fall. We also had a 95 percent conception rate.”

As compared to their Midwest contemporaries, Montana dryland farmers have lower land values and fewer inputs to offset. Glasscock uses variable rate technology to seed between 12,000 and 24,000 seeds per acre and aims for 1.1 pounds nitrogen per bushel. His top crop was 100 bushels.

Droogsma steers dryland producers to hybrids that don’t rely on high populations to yield, recommending instead hybrids that react to the environment to determine ear size. “Corn requires less nitrogen per bushel than wheat and any time you add a crop to a rotation you’re keeping your system healthier. Even with lower corn prices  it makes money, especially for those who have cattle to utilize the stalks.”

Glasscock reports that corn has been easier to transition to than peas and lentils. He now seeds 600 to 700 acres per year. “There aren’t a lot of chemicals or research for pulse crops so it’s a lot of trial and error,” he says. “Especially with the Roundup Ready corn there just aren’t a lot of obstacles other than some additional equipment. It’s certainly been worth it.”

Looking back to the Big Bang of country music.