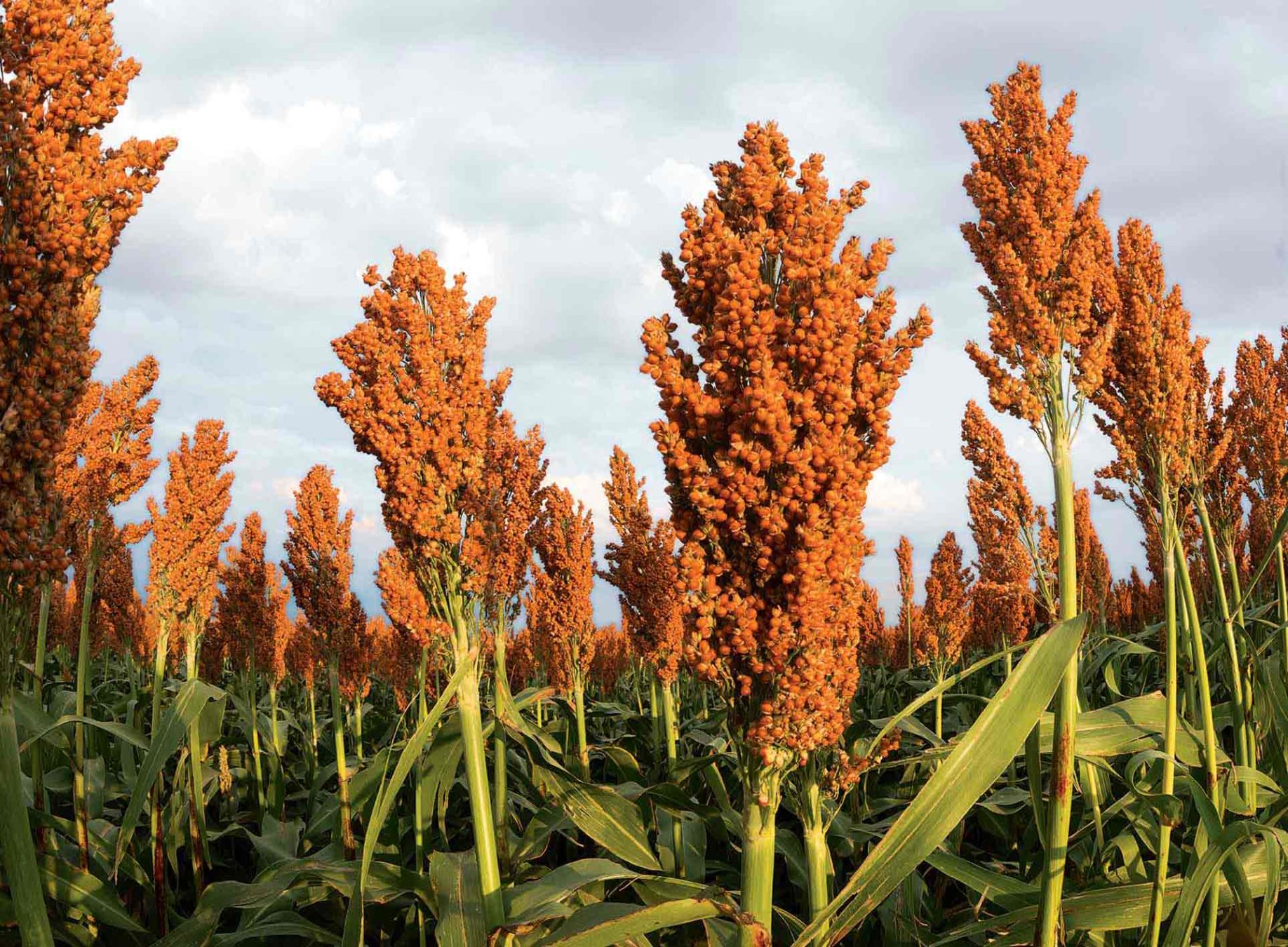 The grain sorghum industry is pulling itself up by its bootstraps. In an effort to regain lost acreage,  sorghum growers, researchers, and industry partners are focused on boosting average yields to become more competitive. Most sorghum hybrids are already red-heads—but they’re tired of being a step child.

“Over the past 30 years sorghum acres have declined from 16 million per year to around 8 million,” says Brent Bean, agronomist with the Grain Sorghum Checkoff Program. “There are many reasons, including the CRP; government policies that favor other crops; and the loss of breeding and product development efforts.”

“However, the bottom line is that growers have turned away from grain sorghum because yields have not kept pace with other crops — they’ve stayed in the mid-70 bushel range and this simply can’t continue,” he adds.

New mind set. “A major part of reaching that goal is for farmers to change their approach to growing the crop,” adds Bean. “The whole idea that since the seed is cheap and the crop is drought tolerant so it can be put on poor land and provided fewer inputs has gone too far. Put it on good soil and treat it as a crop and not an afterthought, and it will respond.” 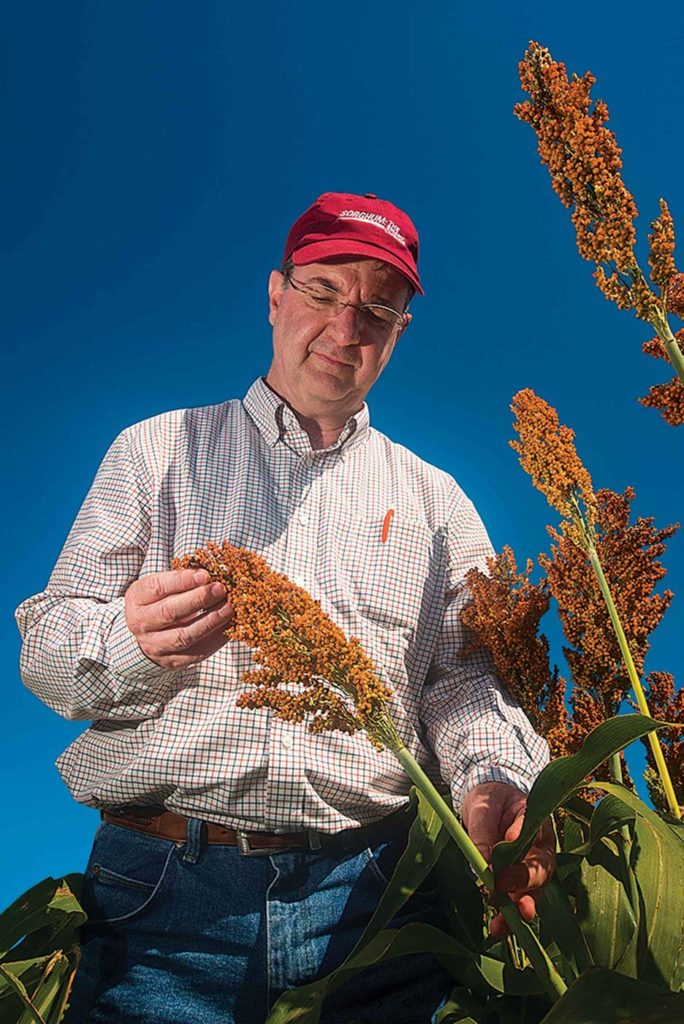 Hart, Texas, irrigated grower Steven Albracht is proof of that approach. Albracht is one of three growers participating in the Sorghum Shootout, a new program from National Sorghum Producers that chronicles
management practices as they attempt to achieve a 250 bushel per acre yield goal. Catch up with experiences last season and follow progress this year on the internet at sorghumshootout.com.

“We were disappointed in our yield of 205 bushels per acre last season,” says Albracht. “It looked to be a 250-bushel crop before harvest, but we estimated that birds took about 30% before we got it out of the field.”

Albracht, who has repeatedly won national corn yield titles, says his goal  last season was actually 265 bushels per acre. “The highest sorghum yield we’ve ever had is 241 bushels and I would like to produce 300 bushels.”

Details of Albracht’s practices are at the website above. They included high seeding rate, high-yielding hybrids, seed treatment and root stimulator, foliar fertilizer and fungicide and the use of various products to enhance plant health and reduce crop stress.

“We treat our milo with the same attention to detail that we use with our corn,” says Albracht. “We’ve learned that there’s value to investing in the crop throughout the season.”

The research uses an approach in which inputs are added individually and yield results compared to a standard practice. Practices tested included higher seeding rates, narrow rows, micronutrients (Fe and Zn), adding S and K to the standard N & P starter fertilizer, plant growth regulator, chloride, and a ‘kitchen sink’ treatment with all of the above.

Lagging yields. Oklahoma State University’s Jason Warren says Texas County, Oklahoma, illustrates sorghum’s challenge. “Prior to 1985 the statistics showed no irrigated corn in the county, but 120,000 acres of irrigated milo. Today there are 100,000 acres of corn and 15,000 acres of milo.”

“The county’s average corn yield is 81% of top yields in our hybrid performance trials, but sorghum’s county average is only 54%. Yields from our trials barely beat corn and wheat growers, but are double sorghum growers. Even good farmers aren’t putting money into milo,” he says.