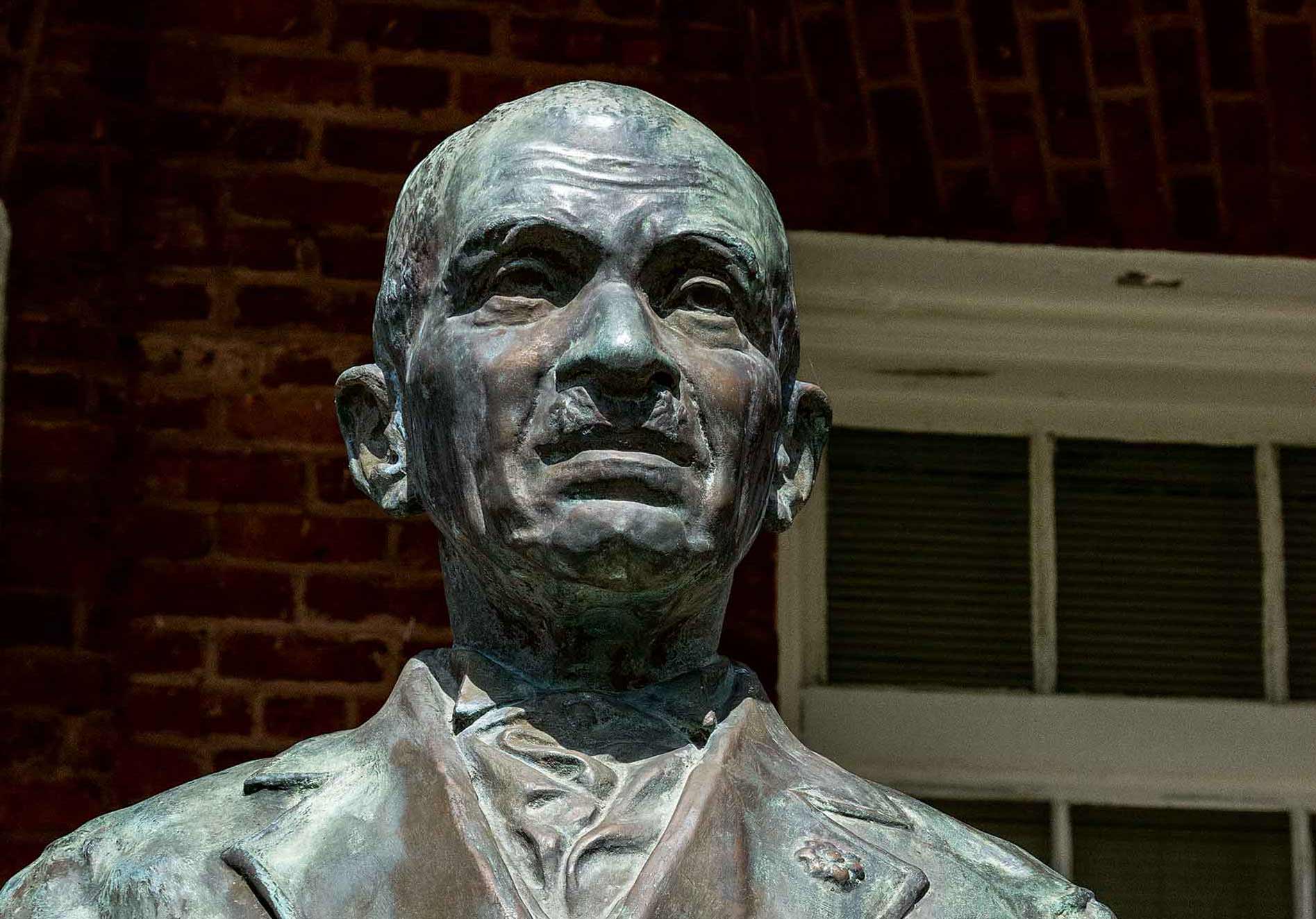 Ask Siri, that iPhone know-it-all, who invented peanut butter and she quickly responds that George Washington Carver did. In this case, Siri is wrong. A Canadian from Montreal, Marcellus Gilmore Edison, patented a peanut butter process in 1884. John Henry Kellogg, the breakfast cereal magnate, made and served it to patients at his Battle Creek Sanitarium prior to the early years of the 20th century. The Aztecs and Incas used a peanut butter-like product.

Okay, so Carver didn’t give the world peanut butter. But he sure gave us lots of ways to use crops, ranging from peanuts to sweet potatoes, cowpeas to soybeans. He also showed Southerners better ways to farm. Although many see Carver as Mister Peanut, he is much more than that.

Widespread fame. Carver’s fame as an agricultural scientist ranged worldwide during his time. At least three presidents touted his genius. Henry Ford showed up from time to time to pick his brain. The Crown Prince of Sweden spent three weeks learning from him. Not bad, for a fellow born a slave in what’s now Diamond, Missouri, during the Civil War. 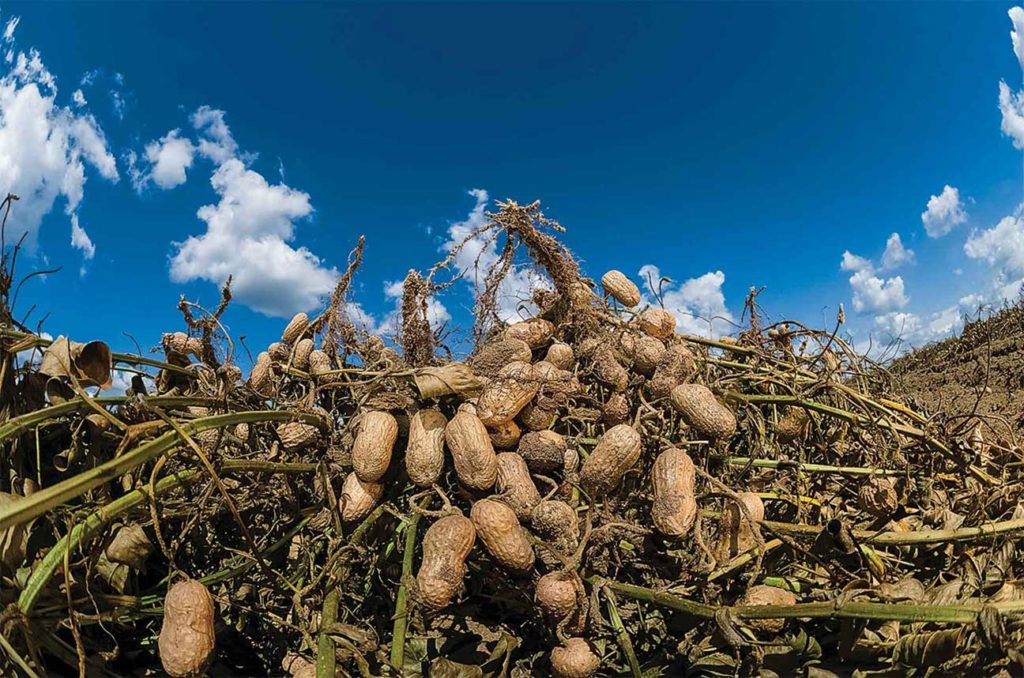 Carver is credited with convincing many farmers to try growing peanuts.

“He was an agriculturist and nutritionist but also an artist, educator, and humanitarian. He loved nature. He was religious and taught Bible study for many years. He developed new ways to reach out to farmers. Think about when he did all this. He was well ahead of his time in a lot of ways,” says Shirley Baxter, National Park Service ranger at the Tuskegee Institute National Historic Site, which operates the Carver museum.

Carver started teaching at Tuskegee Institute in 1896, a few years after graduating with a Master’s degree from Iowa State Agricultural College. Booker T. Washington, founder of Tuskegee Institute, persuaded him, after several attempts, to move south so students could see people who looked like them in leadership roles. Although offers to teach elsewhere rolled in as his fame grew, Carver never left this small place which even today has just 3,100 students.

When he died in 1943, he was buried here adjacent to Booker T. Washington. Carver never married and lived in a student dormitory all of his 47 years here. A frugal man, he often roamed the nearby woods foraging for wild plants to eat as meals.

Diverse interests. “He was interested in medicinal and edible plants. He made a whole meal for Henry Ford out of plants he collected here. His interests were very wide ranging. He was an expert in fungi. They found part of his fungi collection at the University of Wisconsin. He collected weather data for the weather service back to the early 1900s. He developed a mobile classroom to take out to farms. He worked with crop rotations and alternative crops. The list just goes on and on,” Baxter says. 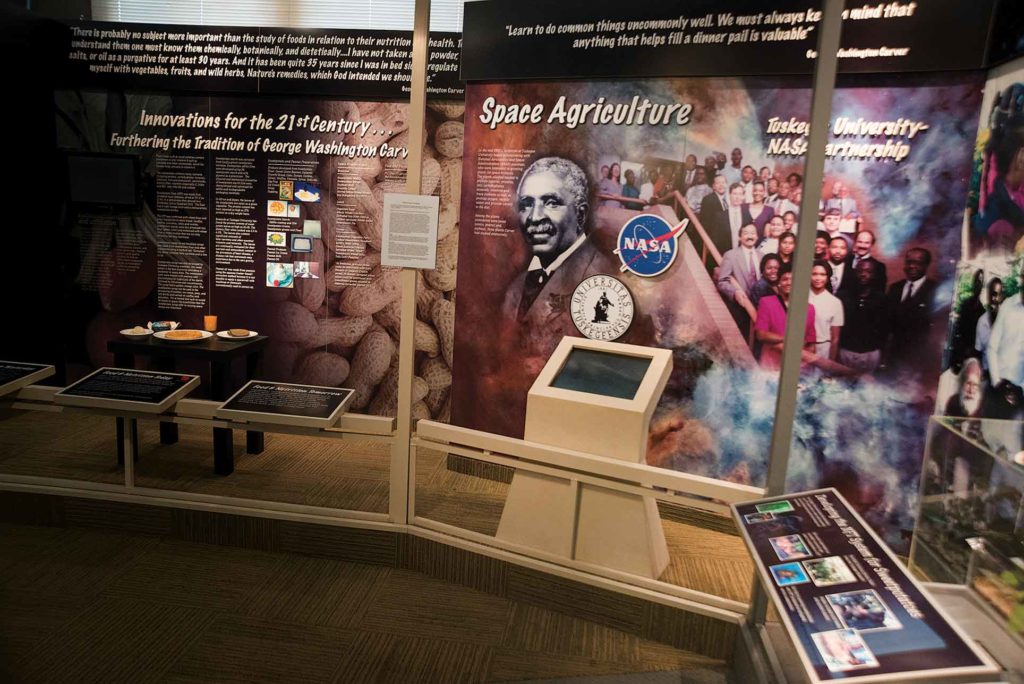 Carver taught local farmers the value of growing crops like peanuts and peas in addition to cotton. They reduced erosion, a serious problem in cotton then, and provided additional markets as well as food for the table.

He had a particular affinity for sweet potatoes and developed many uses for the crop. NASA based some of its hydroponic research on Carver’s sweet potato work. Tuskegee University scientists are currently convincing farmers in Africa to grow orange sweet potatoes because of their high Vitamin A content. It’s an outgrowth of Carver’s decades-old work.

Big influence. Carver also loved to paint with paints he developed from local soils, and to make textile art, as well. Many of his works were in the first museum here, which he funded with his own savings. A 1947 fire
destroyed much of his artwork. A few pieces exist in today’s museum.

Baxter grew up in Missouri not far from Carver’s birthplace. Her favorite childhood book was about the scientist. “It’s amazing how many people Carver has affected,” she says.