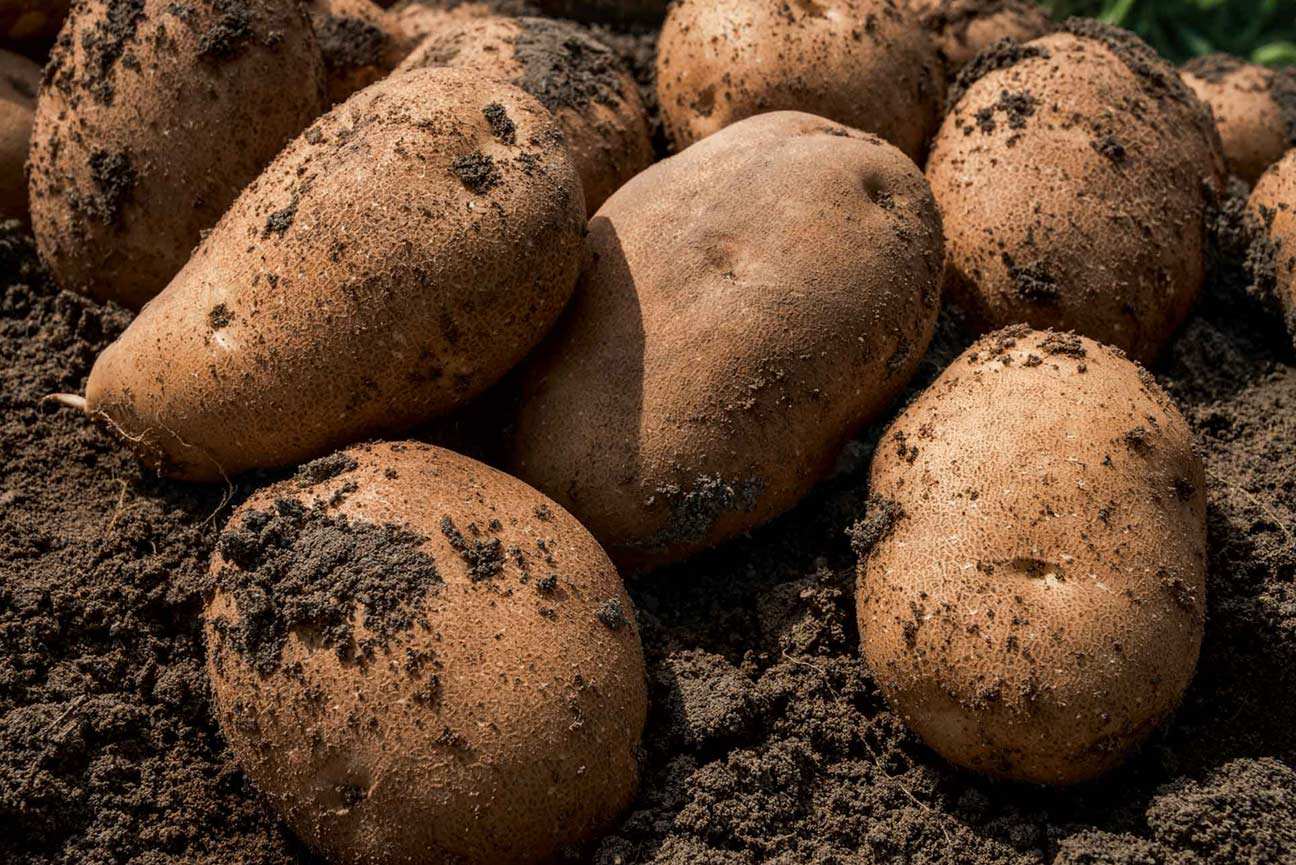 There’s a quiet revolution going on in dozens of potato fields — a new wave of genetically modified crops with consumer benefits.

First marketed in 2015, the first generation of J.R. Simplot’s Innate potatoes silences PPO genes that lead to bruising and browning. Another trait reduces the production of asparagine, which produces acrylamide — a possible carcinogen — when potatoes and other foods are cooked at high heat.

This spring, a couple thousand acres of the second generation are likely to be planted, too. In addition to lower bruising and acrylamide, Generation 2 Innate potatoes contain genes that confer late blight resistance and produce lower levels of reducing sugars, which allows the potatoes to be stored at cooler temperatures. 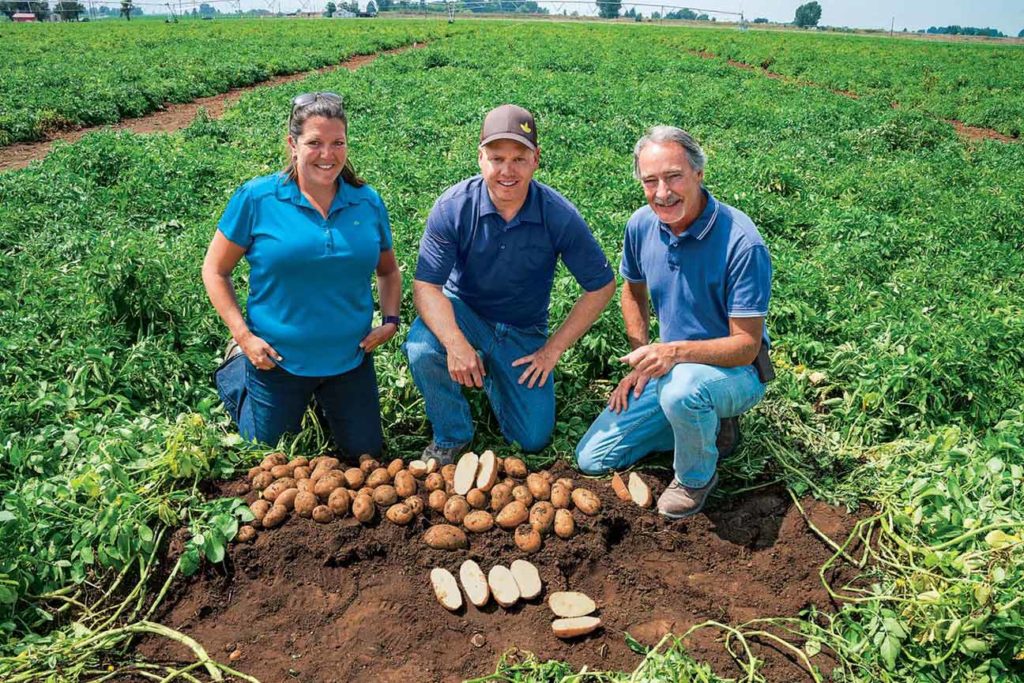 “A bruise-free potato is solving a farmer problem, a retailer problem, and a consumer problem all in one,” says Doug Cole, marketing and communications director at Simplot Plant Sciences headquarters in Boise, Idaho.

Brit White, Simplot’s fresh commercialization manager, notes that the Innate russet exhibits 44% less bruising than conventional Russet Burbank, which translates to up to 15% higher packout rates. The White Russets also reduce acrylamide levels by 58% to 72% when potatoes are cooked.

Duane Grant of Rupert, Idaho, plants White Russets on a portion of his operation’s 7,500 acres of potatoes.

Grant says growing Innate potatoes is the same as producing regular russets, but harvest, handling, and marketing protocols are defined by strict contracts to ensure that only customers who want a biotech potato will get one.

“We’ve placed our Innate business in a separate company so we can respect our customers that don’t want any exposure to Innate,” Grant explains. “We have completely separate storages, separate fields, separate trucks during harvest, separate harvesters. We do our conventional first, then move into Innate. We do a very rigorous clean up/clean out — we go through a checklist, then Simplot comes out and inspects us.”

Vital communications. Simplot limits Innate potatoes to branded fresh market and chipper sales to ensure that they can be tracked all the way through the sales channel. At each step, consumers, chefs, grocers, and chippers can access extensive information on Innate technology, all the way to a QR code on every bag that links to a website via smartphone.

Many buyers like reducing waste, appreciate the fact that the genes moved into Innate varieties come only from potatoes, and that built-in late blight resistance can cut fungicide use in half. Still, some are wary of GMOs.

Early on a Sunday morning last July, Simplot found itself targeted by an anti-GMO organization on Facebook. Thousands of the group’s 800,000-plus followers commented on Simplot’s Facebook page, says communications specialist Kirsten Atkinson at Simplot. She says Simplot’s goal was to read every message and address concerns.

“If it seems that we’re hiding something, the public won’t stand for that,” she notes. “That’s not the way to go. Sharing our story is the way to go.”

Duane Grant — who also plants GM sugar beets, corn, and alfalfa — is eager to tell the story of how biotech can cut waste and reduce pesticide use.

“As agriculture, we should stand up and say, ‘let’s use the tools that nature has given us to produce high-quality food,’ ” he says. “If the technology exists to teach the plant how to defend itself, that’s the right thing to do.”