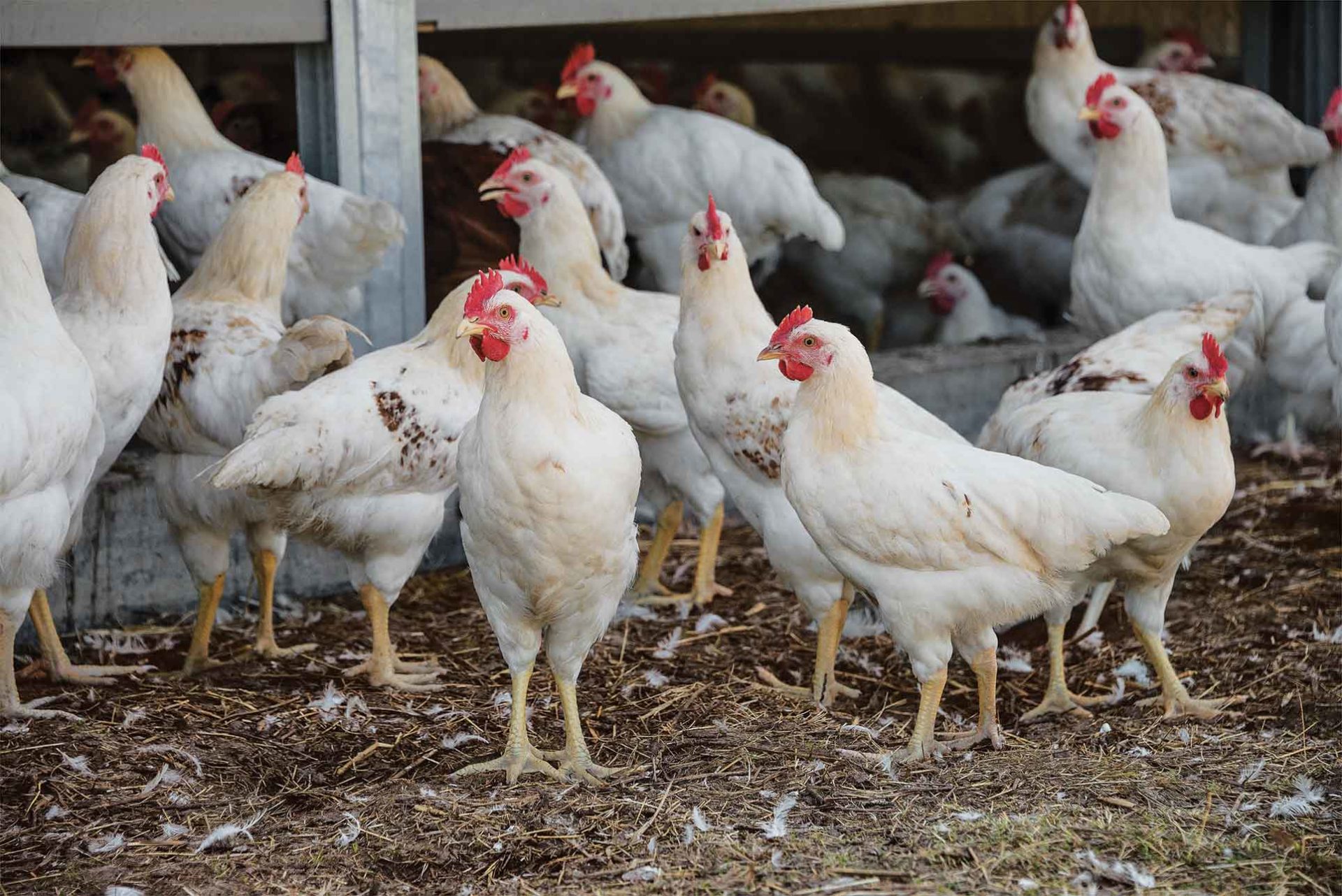 Eggs made perfect sense as the Bauck and Bremer families took the reins of Bauckhof Klein Sustedt, a 200-acre former vegetable farm in Uelzen, Germany. Organic eggs are valuable and portable enough to haul 60 miles to well-heeled shoppers in Hamburg.

Personal ethics. Today, the farm is home not just to the two young families, but to 10,000 pasture-raised broilers, 900 turkeys, 51 bulls, 7,600 laying hens, and 4,000 of those hens’ brothers — the foundation of Germany’s nationwide Bruderhahn Initiative.

“Bruderhahn” means “brother cockerel.” The Baucks and Bremers were never comfortable having to cull the male chicks as they bred replacement laying hens, but there was no economic case to let the males live.

The cockerels have a feed conversion ratio of 5.5 — less than one-third as efficient as commercial broilers at turning feed into meat. In fact, Christine Bremer notes that the first time they tried to make a case for raising male layers for market, they determined each cockerel would cost the farm €10.50 ($11.00) — even after selling the birds off for stew meat.

“However the brother grows, in the end, he cannot grow so big that the loss you get from layer egg production can substitute for it,” Bremer says.

Sister subsidy. In 2012, the Baucks and Bremers laid out an innovative subsidy plan for the organic stores that carried their farm’s eggs.

“If a hen lays 250 eggs, and each egg costs 4 cents more, she can pay for her brother,” Bremer explains.

Leading with the phrase “4 Cents for Ethics,” Bauckhof Klein Sustedt launched the Bruderhahn Initiative in January 2013. Since then, every egg from the farm — which ordinarily retails for 45 to 50 cents in Hamburg, or about double its production cost — has carried a 4-cent premium that offsets the extra cost of raising the cockerels.

Bremer says the retailers, and their shoppers, welcomed the egg program.

“A whole business starts because someone says, ‘I can take it,’” she notes. “We need the help of these shops.”

Early on, the farm sold its cockerel meat to a baby food company. But shoppers buying the eggs kept asking for the bruderhahn meat, Bremer says.

In fact, shoppers prize the cockerel meat, which is dark and rich — more like pheasant than chicken. Klein Sustedt’s online store offers whole, farm-processed “hahn” for the equivalent of $9 per pound, as well as cut pieces and wings for a premium. 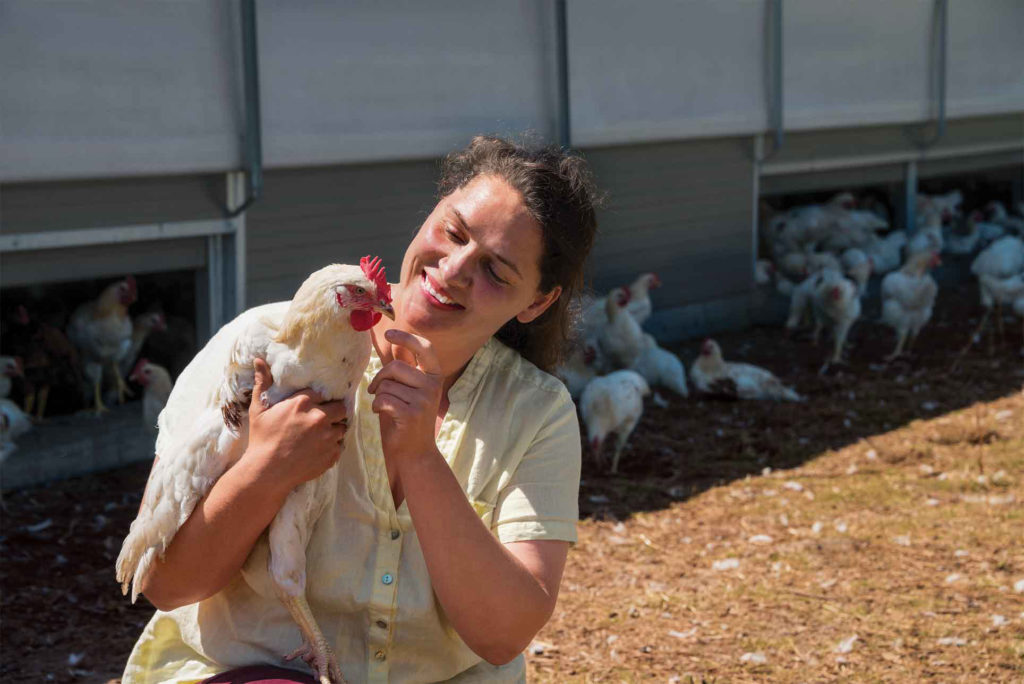 Christine Bremer checks in with a Bruderhahn, or “brother cockerel.” She and her partners created a market for dark cockerel meat.

Production challenges. It’s not easy to raise cockerel chicks to market weight with genetics whose males are only expected to live for a day.

The first genetics yielded birds that barely grew past a pound in weight. Bremer says the farm switched to Lohmann Brown Plus genetics in order to get robust hens for their cage-free, mobile housing as well as for bigger, hardier, white-feathered males.

Bremer says the extra cost of raising cockerels is down to €7.50 ($8.00) per bird. Government subsidies that encourage organic practices and animal welfare further brighten the picture.

Finding alternatives to culling males is more than niche thinking in the egg market, it’s the direction of the global industry. Bremer’s home state of Lower Saxony — a major egg-producing region — plans to eliminate the culling of male layer chicks by the end of this year, and United Egg Producers in the U.S. has set a 2020 target.

Racing deadline. The industry is scrambling for a technological solution. Researchers in Germany and Lithuania, and another team in Canada, are developing systems that sex eggs based on the reaction of their internal fluids to specific light wavelengths.

Meanwhile, the bruderhahne and their sisters at Bauckhof Klein Sustedt are carving out a cull-free niche meat market — four cents at a time.

"It goes into a spiritual realm where the land and the people are connected...".

Remote imagery is soaring to new heights as a crop production tool.