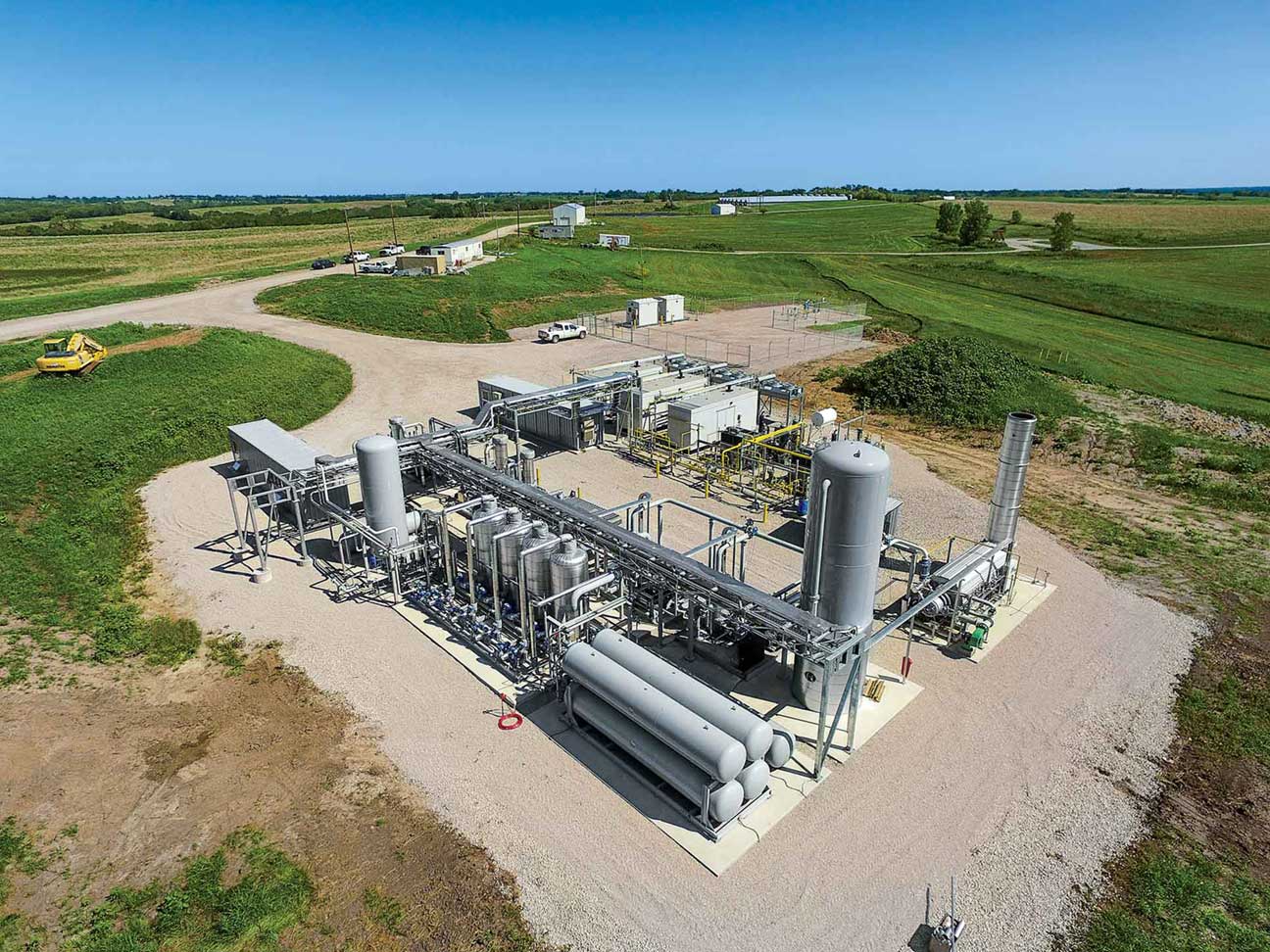 “We can take what most people consider the waste product from a livestock or poultry operation and produce biogas,” says Roeslein, who heads up Roeslein & Associates, a global leader in engineering, modular fabrication, and construction, based in St. Louis. “We can use prairie grasses as a substrate to assure a constant supply of biogas throughout the year. It’s my goal to see farmers restore 30 million acres of native prairie over the next 30 years — not just as an energy feedstock, but to provide wildlife habitat and ecological services.”

Keep it real. That vision is more than a pipe dream — it’s a pipeline dream, and it is coming true. The Roeslein Alternative Energy (RAE) team already is delivering renewable natural gas into the national system.

RAE and Smithfield Hog Production celebrated a milestone in mid-2016 as the partners completed the first phase of a $120 million energy project in northwest Missouri.

The project involves placing impermeable covers over lagoons located on Smithfield swine finishing sites to capture methane gas created by anaerobic digestion. The plan is for the captured  gas to then be “scrubbed,” purified to meet pipeline standards for natural gas. Biogas is chemically the same as fossil natural gas. 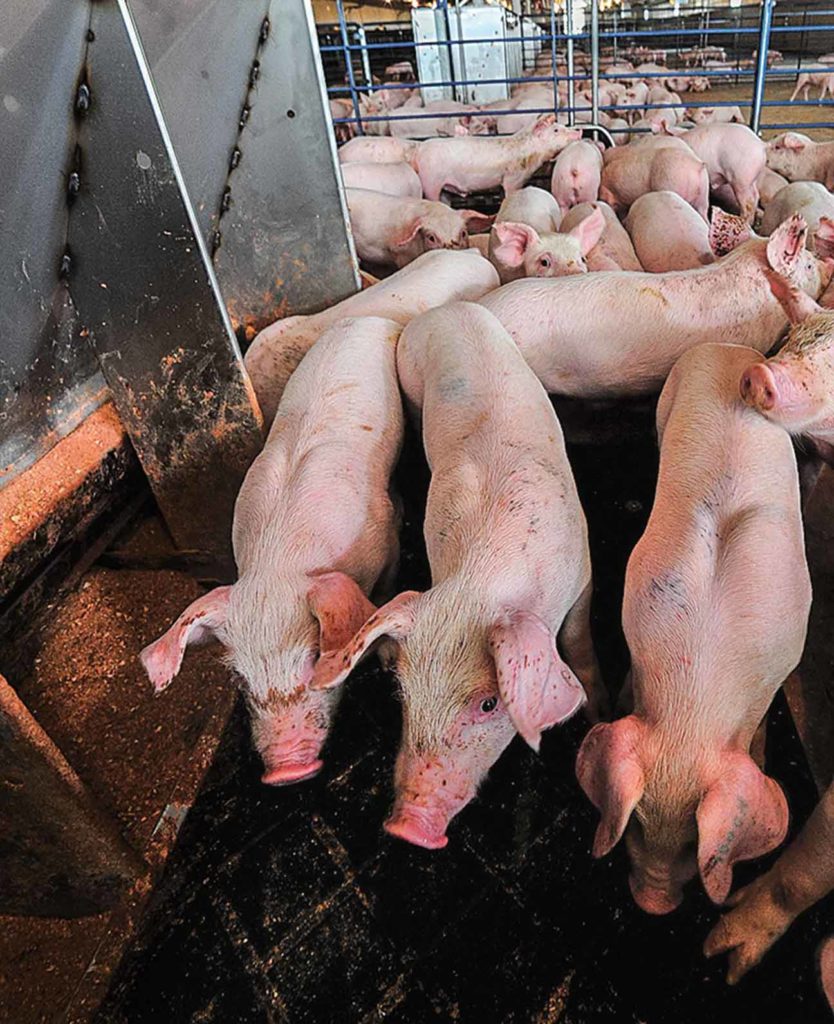 Equipment to clean biogas, using pressure swing absorption technology, has been installed at Ruckman Farm. That’s one of nine farms in the Smithfield system in northern Missouri, and an interconnect allowed the Ruckman Farm to begin injecting renewable natural gas into the pipeline starting in June 2016. The renewable natural gas produced in this project joins the American Natural Resources natural gas pipeline; the interconnect delivers RNG into a lateral that comes off the larger TransCanada pipeline system, running from southwest Kansas to the Great Lakes region.

RAE has installed impermeable synthetic covers on 41 of 88 lagoons at the nine Smithfield locations; once all lagoons are covered and brought into the system, experts estimate that the project could produce 2.2 billion cubic feet of pipeline-quality gas each year.

Win for RIN. “The first step was to achieve the technical proof of concept, and we’ve done that,” says RAE director Chris Roach. “Chasing down the efficiencies required to make this concept economically viable is part of the work we’re doing right now.”

The economics of “green” energy can be complicated; the renewable natural gas from this project is being sold for an attractive price because, in industry lingo, it is sold as a “D3 RIN.” A RIN is a renewable identification number, used to identify and track biofuel production that end users need in order to demonstrate their compliance with the renewable fuel standard (RFS). The D3 is code for cellulosic biofuel; renewable natural gas achieved this designation in 2014.

While the dollars-and-cents will take time to sort out, the Roeslein vision sees farmers involved in energy production; and that energy production is an economic driver that eventually leads to an incentive for landowners to restore native prairie. 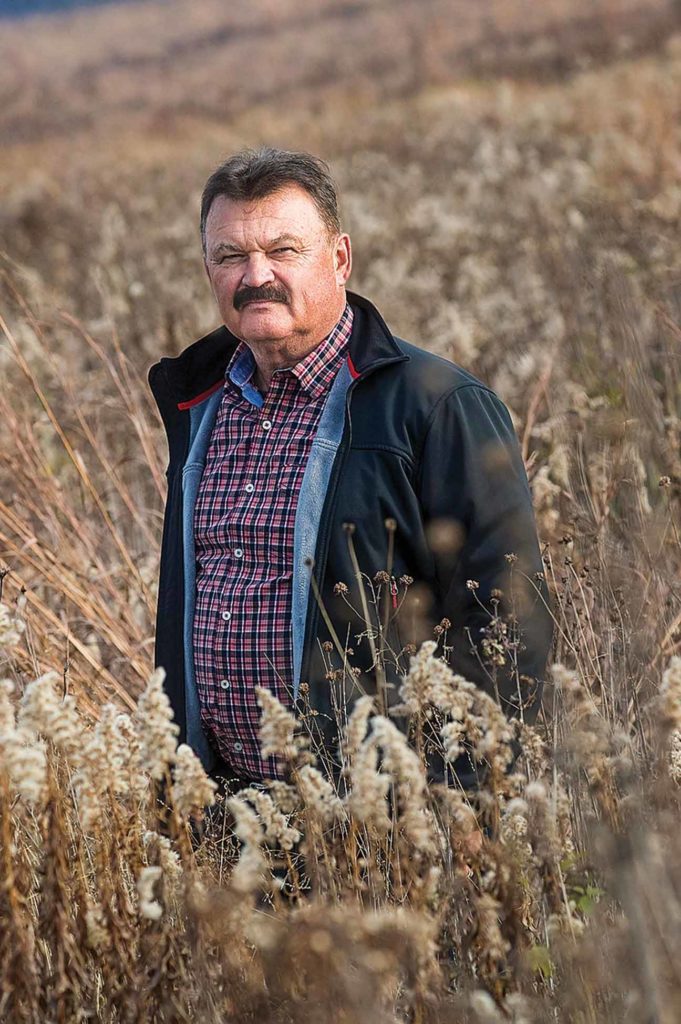 Push for prairie. Rudi Roeslein is a Missouri landowner and likes to take a long-term, holistic view of agriculture. He’s a fan of programs such as Iowa State University’s STRIPs project, which attempts to strategically integrate small amounts of reconstructed prairie within row-cropped watersheds to enhance the health and diversity of agricultural landscapes.

“We think that a restored native prairie could be harvested periodically to provide a substrate for a digester,” he says. “This could help us level out our flow on the pig farms, and restoring prairie provides a whole set of valuable ecological services.”

Strategically locating strips of native prairie within the landscape of a farming operation not only can serve as a conventional buffer strip, but also can help improve water infiltration and sequester carbon. “Native species also provide great wildlife habitat,” Roeslein points out.

His holistic vision sees a future in which farmers can benefit from a more diverse set of income streams.

“We want to add legs to the stool,” Roeslein says. “In addition to crop production, perhaps they will make money on energy, or for providing ecological solutions for society. It’s one way to mitigate economic risk.”

The Crooked Road Episode 3: The Luthier

"I thought, 'This thing's just made out of wood, I should be able to make one.'"