On Mother’s Day 2016, Aaron Phipps found himself lying face down in a pasture having been torpedoed over the handlebars of the 4-wheeler he was using to gather cattle on the family ranch near Powderville, Montana. As he lay prone, he assessed his situation. Serious injury was a certainty. A wiggle of fingers and toes brought good news about his spine, but the eruption of pain as he tried to roll over convinced Phipps, correctly, his pelvis didn’t fare as well.

“I could feel the pieces of my pelvis moving and there was a lot of pain. I knew I was hurt badly,” Phipps says.

In moments such as these, lives and livelihoods are both on the line. Rescue is the first focus, but once Phipps was certain he was going to live, thoughts turned to the financial impact. Medical emergencies regularly lead to bankruptcy for people in all walks of life. Farmers and ranchers are no exception, making it good business to plan for the unexpected.

Secure and confirm. A panel of legacy farmers at a meeting in Tennessee were asked to identify the most important things they need to manage risk on their farms. “The young farmers expected answers like crop insurance, liability insurance, a marketing plan, etc. What they heard was the two most important things you need to manage risk on your farm are health insurance and disability insurance,” says Jolene Brown, speaker for agriculture and family business consultant from Iowa.

Phipps had both, or so he thought. In addition to health insurance, he was covered by two indemnity policies, one of which was supposed to have a short-term disability benefit. “Aaron and I purchased a brand name indemnity policy when we were in college in 1997,” says Phipps’ wife, Mollie. “Our rate was cheap, which we thought was a good thing.” 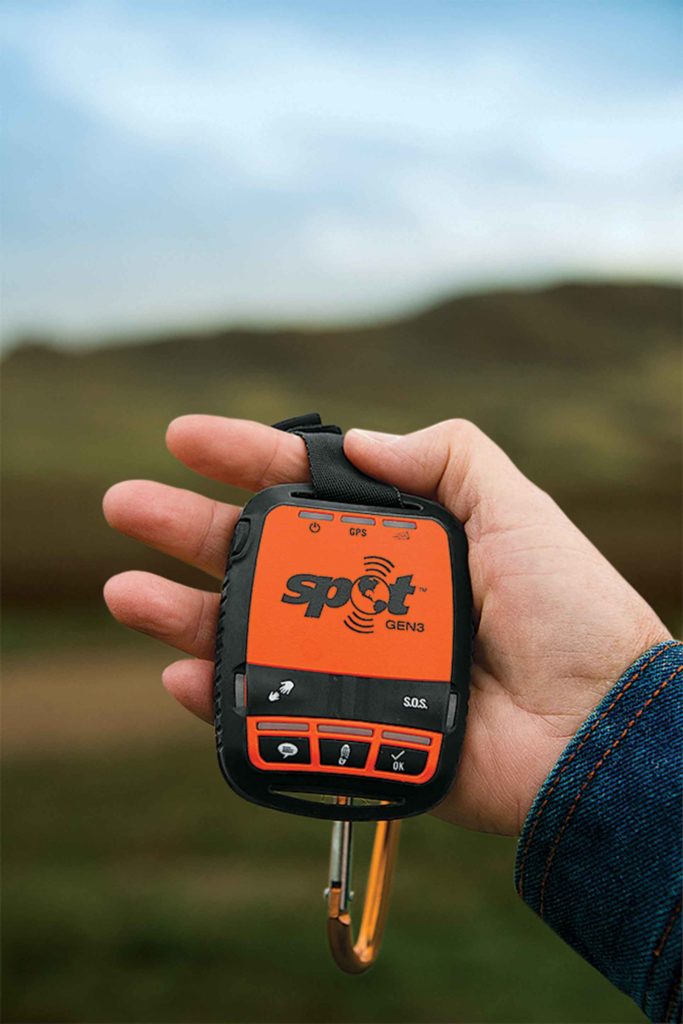 As it turns out the rate wasn’t climbing but neither were the benefits. With a current policy, they would have received thousands for Phipps’ 300-mile helicopter ride to the hospital. With their outdated policy, however, they received just hundreds. “We weren’t nearly as covered as we thought. Now we know we need to revisit policies regularly,” she says.

Plan ahead. “My pelvis was broken in three places and I severed my urethra. I had four surgeries, spent 12 weeks in a wheelchair and was medically limited for 7 months,” Phipps recalls. All made being under-insured bad news for Phipps, who provides a significant portion of the labor on his in-law’s cow/calf and registered Red Angus operation. “We’re lucky we work with family or we could have been in a really bad spot,” Mollie adds. Aaron made a full recovery, but at just 38 years old, the Phipps are now keenly aware that health and being able to work are not guarantees.

Brown recommends all farm families consider disability and additional coverages. “A good business plan may need to include a life insurance policy on the leader/manager, owned by the business and naming the business itself as the beneficiary,” she says. “You should also keep your spouse informed of important information and documents if he/she is expected to be an executor or continue the business.”

Know the drill. The Phipps were prepared for managing an emergency, which is critical considering their location. Phipps was quickly found, but with no cell signal, he was left to wait while help was fetched. Relief wouldn’t be quick or easy. The accident occurred in a rugged draw a half mile from a 2-mile bumpy track to the main road. From there it’s 30 miles of gravel and 30 miles of highway to the nearest hospital.

It was determined he would need to be airlifted directly from the pasture to a hospital 300 miles away. It was a long 4 hours from wreck to the helicopter lifting off and an even longer road to recovery. Through this process and the subsequent relationship with H.E.L.P Flight (Helicopter Emergency Lifesaving Program) though, they discovered some valuable tools.

HELP Flight offers a free service called the Rural Registry. “It gives us a physical address, description of the property, and GPS coordinates. When someone calls we can pull them up on the registry and know exactly where we’re going,” says Chad Cady, chief flight nurse. “Communications can break down as information is passed along. By having the registry or having people call us directly we can eliminate three to four phone calls and pinpoint where we’re going with less risk of confusion.” 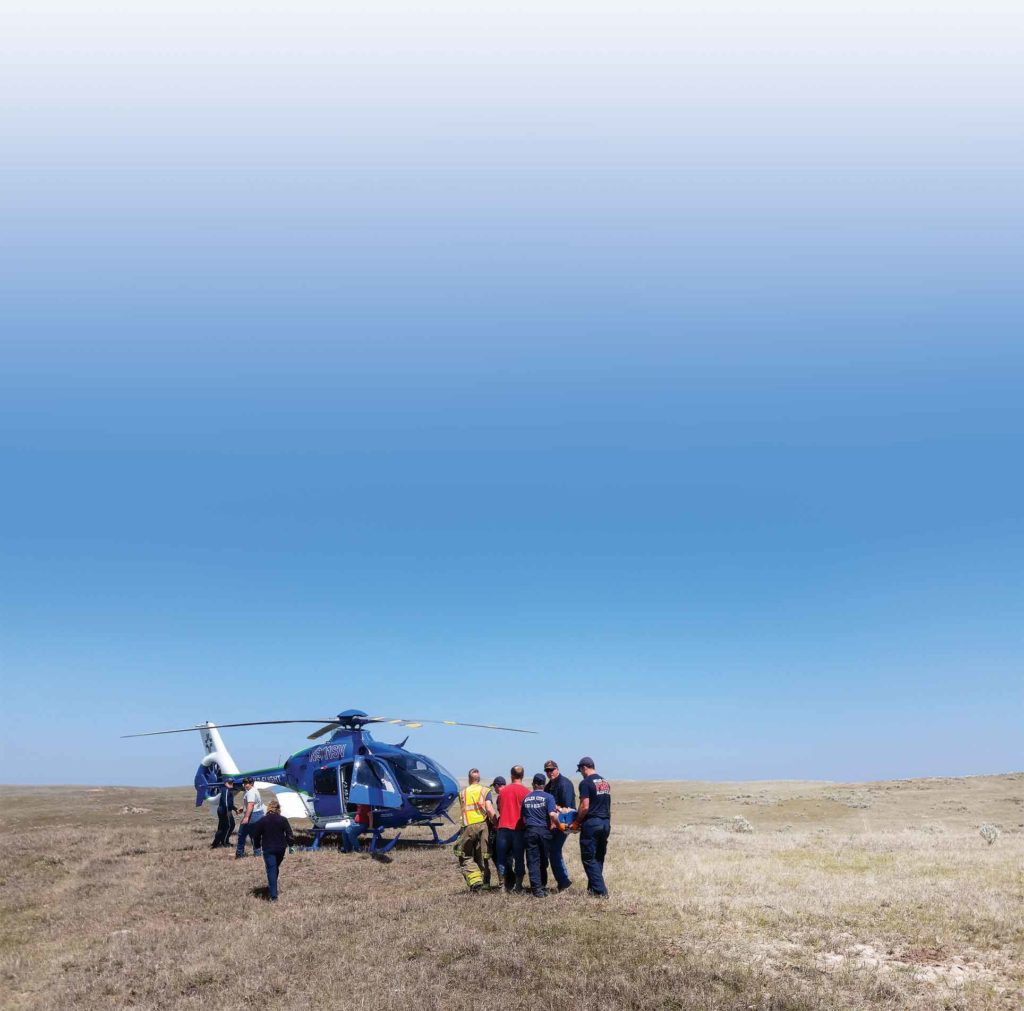 Mollie Phipps recommends determining your GPS coordinates and posting them with other emergency information. “When you’re flustered it can be hard to get that out even if you know it, so write it down,” she says.

HELP Flight, based out of St. Vincent hospital in Billings, also offers a membership program. An annual fee covers the co-payment or deductible for the service, Cady says, noting people should also still call 911. Those looking to be extra prepared should check with their local emergency services to see if similar registries are available.

“Do you have an emergency plan? Do you know your GPS coordinates or have a good written set of instructions to get emergency personnel to you? What are you going to do if your main worker goes down? How are you going to get the work done and how are you going to pay for it? These are all questions we should be asking ourselves as part of our overall business plans,” Mollie says.

Wheat Montana is anything but a simple wheat farm.