Truth is stranger than fiction, American author Mark Twain wrote, because fiction is obliged to stick to possibilities; truth isn’t. There are few better examples of this maxim than the story behind Red Fife wheat. This hard red spring wheat variety laid the foundation of Canada’s well-deserved global reputation for growing some of the best milling wheat in the world around the time of Canada’s birth, 150 years ago on July 1, 1867. But if it hadn’t been for a wildly improbable series of events, Canadian farmers might never have discovered this variety.

Wheat was an important cash crop for the early pioneer farmers of Oton-abee Township, near present day Peterborough, Ontario, in the first half of the 19th century. Young area farmers, like David Fife and his wife, Jane Beckett Fife, constantly contended with hazards like low quality, poor yields, frost, and rust with the varieties they grew, writes author Jean Murray Cole in her booklet “David Fife and Red Fife Wheat.” So Fife asked a friend returning to Scotland to keep an eye out for varieties that might be suited to the area. 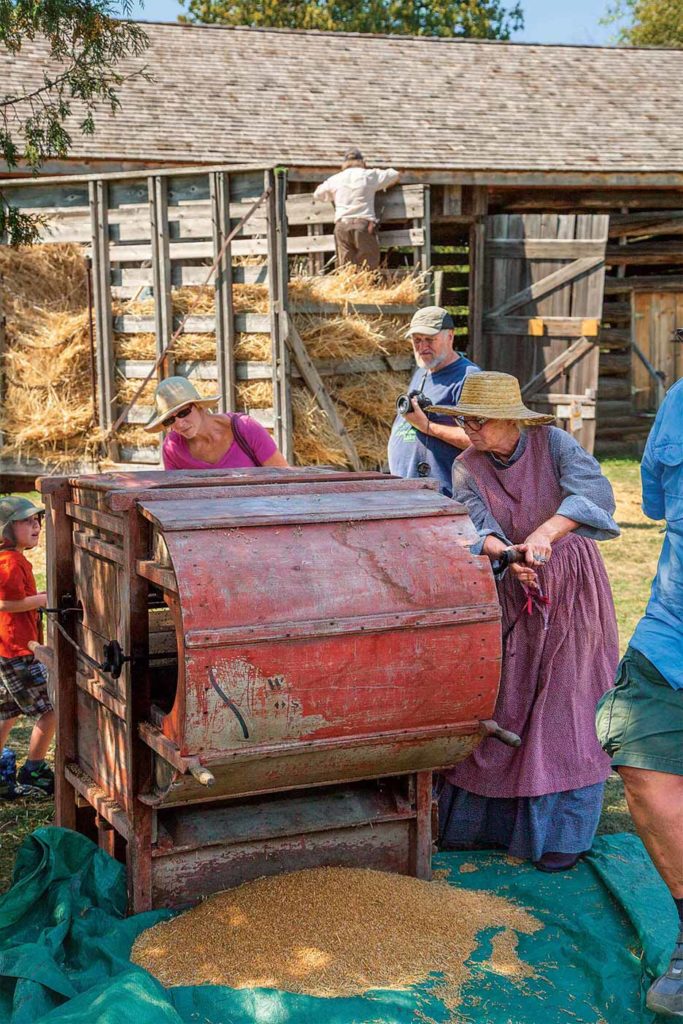 Visitors can see the Fife’s homestead cabin at the Lang Pioneer Village near Peterborough, Ontario.

According to a letter from Fife’s neighbor, George Esson, published in The Canadian Agriculturalist in March 1861, Fife’s friend shipped him a small sample that he had obtained from a ship from present day Gdansk, Poland, being unloaded in Glasgow’s harbor sometime around 1841. While all the different variations of this story agree where the seed came from, there remains a lot of conjecture about how it was obtained.

One version of the tale for example described the friend as a grain merchant. However another, more colorful one, was also cited in University of Manitoba botanist Reginald Buller’s 1919 paper, “Essays on Wheat.”

Just a capful of seed. “David Fife did not send for the seed,” Buller wrote. “An acquaintance, strolling along the dock at Glasgow, found men unloading wheat. He knew that Fife had emigrated to Canada, and he also knew of a mutual friend who proposed to go out to the new country presently. The thought struck him to take a sample of the wheat, which to his observation looked very good, and send it to Fife. He had nothing in which to hold the wheat, but there was a hole in the lining of his cap. He opened the lining at the hole, filled in a handful, and afterwards wrapped it up (for shipping) in paper.”

Since Fife had no idea whether the wheat was a spring or winter variety, he decided to sow part of it during the spring of 1842 and wait for the results. All but one of the seeds proved to be a winter variety and did not head. The last one developed five heads, a main stem with four tillers.

Jane saves the day. “Jane was work-ing at home when she glanced out the kitchen window she noticed that the oxen had got out and were happily grazing away in the wheat plot in the garden,” says Heather Caldwell, Fife’s great, great, great granddaughter. “She angrily ran out and chased them away in time to save three heads.” The Fifes, and Canadian agriculture, had narrowly dodged an epic disaster.

In a 1906 article in the Nor’ West Farmer, the Fifes’ son Sylvester recalled that his mother developed a special interest in that small sample of wheat from then on, Cole writes. The following year she took charge of the plot of wheat they grew from the seeds she had saved from the oxen. They noticed something remarkable when they harvested a quart of seed from it that fall. While the Siberian wheat growing in an adjacent plot had been devastated by rust, the Red Fife showed no signs of the disease.

The Fifes built up their seed supply as rapidly as possible and were soon selling it to their neighbors. By the early 1850s, the wheat’s high yields, between 20 and 30 bushels an acre, attracted the attention of farmers across Ontario and into Ohio, Illinois, and Wisconsin. However it was a letter published in the July 1860 issue of the Country Gentleman and Cultivator from J.W. Clarke, a grower from Marquette, Wisconsin, praising the variety’s high yields that cemented Red Fife’s reputation. It remained the most popular spring wheat variety grown in Canada and in the Northern United States for the rest of the 19th century. Buller credits Red Fife as being one of the driving factors behind Canada’s first prime minister, Sir John A. Macdonald’s, dream of building a railway across Canada. 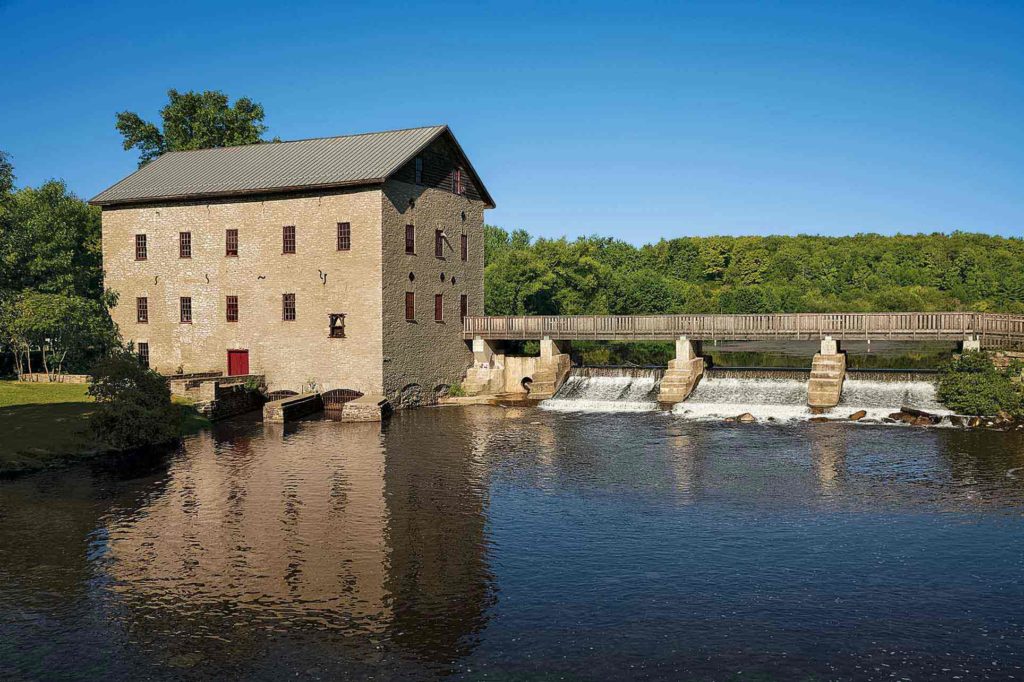 The Lang Grist Mill, near Fife’s farm, is the centerpiece of the Lang Pioneer Village.

Red Fife’s impact didn’t end there. “Its pedigree can be found in pretty much all modern Canadian Western Red Spring (CWRS) cultivars,” says Pierre Hucl, a cereal breeder at the Crop Development Centre in Saskatoon, Saskatchewan. “It was the (male) parent of Marquis wheat, which in turn was a parent of Thatcher, which was used as a backcross recurrent parent in most varieties released until the early 1980s. The last time I did a pedigree analysis, about 10 years ago, Red Fife accounted for something like 15% to 30% of the pedigree of cultivars released until about 2000.”

Where did it come from? For most of the 19th century Red Fife wheat was presumed to have somehow originated as a spontaneous mutation in Fife’s field. However, Buller writes, in 1905, 63 years after David Fife planted that first pivotal plot, a European grain merchant sent Marquis wheat’s breeder, Sir Charles Saunders, a sample of Galician (Halychanka) wheat from the Ukraine. After growing it along side of Red Fife and testing the flour, he concluded that the two were one and the same.

So Canada’s reputation as one of the world’s leading suppliers of top quality milling wheat was founded on the chance procurement of a sample of winter wheat accidentally contaminated with a single kernel of Halychanka wheat. Its offspring only survived because of Jane Fife’s timely rescue. Truth, as Twain wrote, truly is stranger than fiction.