A fanciful array of fungi protrude from cozy nests of sawdust-filled bags lining the shelves of the growing room of Montana Gourmet Mushrooms in Belgrade, Montana. Owner, Paul Schreiber, walks down the rows pointing out different varieties and what distinct flavors they offer to the discerning diners of the culinary-hip Gallatin Valley.

Some are familiar such as the large brown cap of the shiitake, while others, such as the inky-lidded blue oyster mushrooms, look like trappings from a fairy tale forest. A fungi by the name of lion’s mane mushroom is unrecognizable as a mushroom for most. Known as a toothed mushroom, its long, cylindrical “teeth” hang in a fringe from the bulbous base of its fruiting body. It’s easy to see how mushrooms could become a fascination as they did for Schreiber while  he pursued a degree in horticulture science at Montana State University.

“I had always been interested in plants and farming and intended to go into greenhouse management. But I took a mycology course and learned about the ecology of mushrooms and how they fell somewhere between plants and animals. It really caught my interest and soon I was learning all I could about how to grow them.”

He continues to marvel at the diversity of use for mushrooms, such as making a leather-type fabric, facilitating composting, and even mushrooms that can be grown and dried in a specific shape for use as packaging material in place of Styrofoam. But Schreiber’s mushrooms are destined for the more familiar use as food. 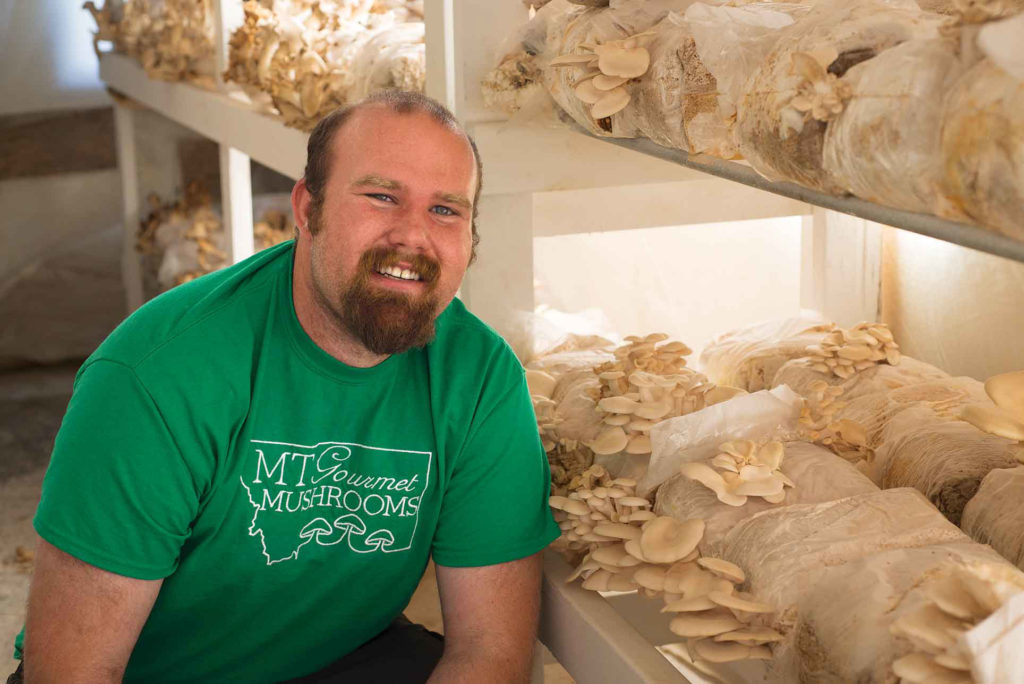 The Gallatin Valley is a culinary hotbed in Montana and Schreiber identified gourmet mushrooms as a missing piece of the foodie puzzle. “Mushrooms were being imported from Canada or the East coast. For a fresh product with a shelf-life of only about a week, that’s not ideal. Plus, those are mainly button or crimini mushrooms, not specialty mushrooms,” Schreiber explains.

Metier is one of several chefs Schreiber developed a relationship with as he gradually grew production from hobby status to providing fresh delivery of bulk mushrooms. As he masters the system, his aim is to expand.

Growing mushrooms is truly a science. Each tasty autotroph gets their start from test tube-housed master cultures. Schreiber transfers spores to petri dishes to begin growing, then to bags of sterilized grain. In about a month, they’ve fully colonized the bag. “This is the mycelial stage, essentially the immature root stage of a mushroom,” he says. “It looks like standard mold, but pure white.” The colonized grain is then used to “seed” block bags of sterilized sawdust and wheat bran. The blocks are placed in a humidity and temperature controlled environment to continue colonizing and eventually fruit. 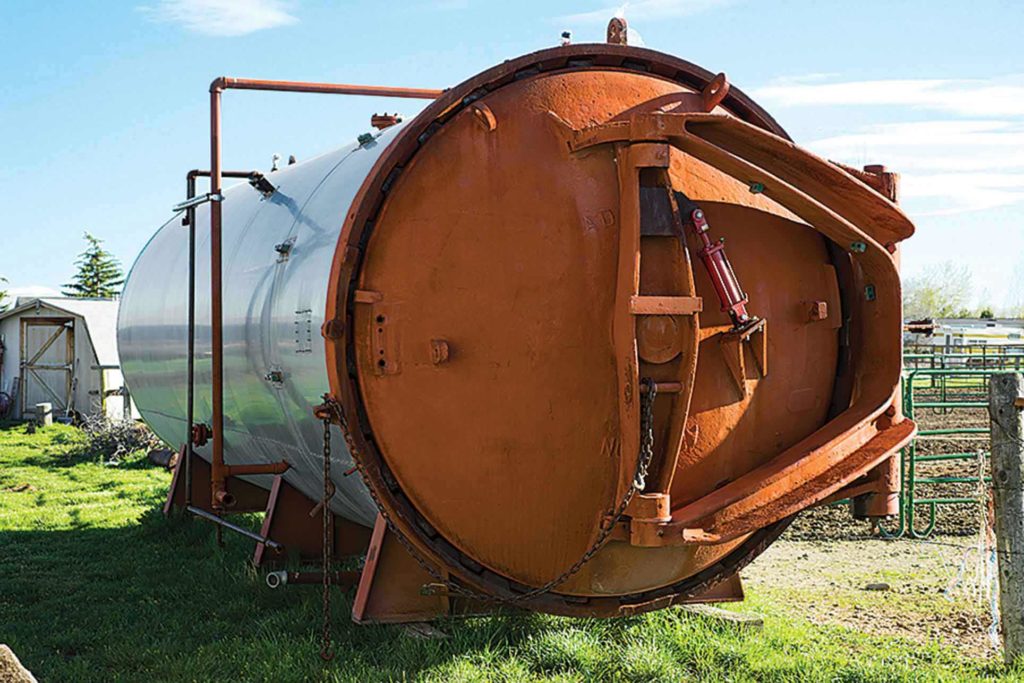 Sterilizing grain and sawdust to be used as growing mediums will become a much quicker task with this industrial autoclave, which will serve as a giant pressure cooker and expand production capabilities.

Depending on species, each block can be picked twice, producing 3/4 to 2 lbs. of mushrooms. One of the biggest challenges is maintaining a sterile work environment free of bacteria and other fungus. Schreiber uses pressure cookers to sterilize his grain and sawdust growing mediums and recently purchased a massive industrial autoclave that will allow him to sterilize around 2,000 bags at once.

“It’s really exciting to see what chefs do with my product. They’re used to seeing several-day-old mushrooms and they’re always elated about the freshness of the product,” he says. “It just makes me proud and happy to see people enjoy a fresh, local product.”

Expansion won’t help if you don’t have a low cost structure.