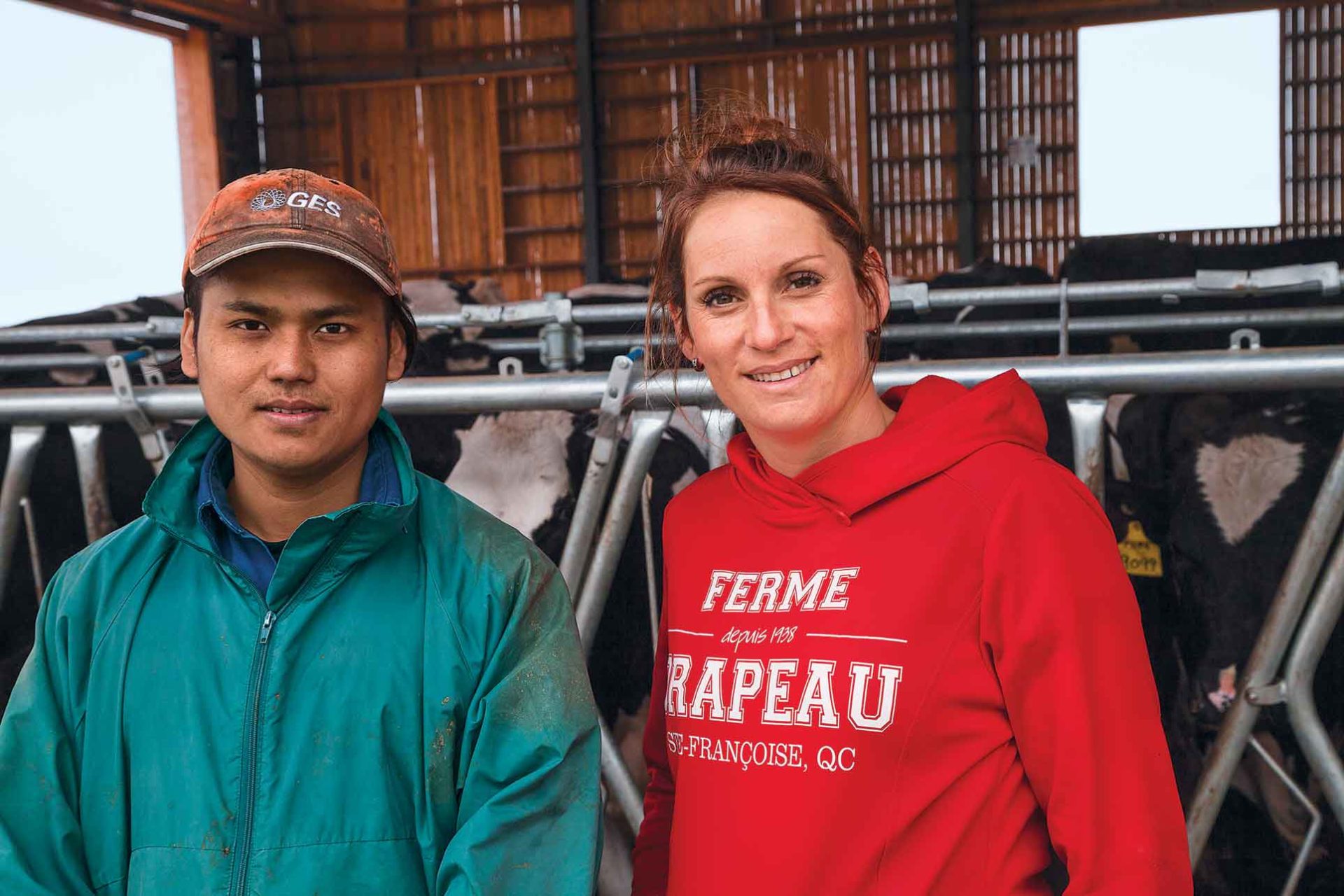 Farmers have to go to great lengths to recruit good employees. So perhaps it should come as no surprise that Célia Neault and Dominic Drapeau leapt at a chance to take part in a small Quebec pilot program, Projet d’accueil et d’intégration solidaire, to find long term employees for their family’s dairy near Ste-Francoise, Quebec.

The program is the brainchild of Céline Auger and Suzanne Laroche, two teachers who helped immigrants learn French. The pair noticed that many of the refugees in their classrooms came from rural areas. They longed to find a way to live in the countryside where they’d feel more at home. But they’re trapped in the city living in subsidized housing with only minimum wage jobs in their future. But if a way could be found that allowed refugees to live in the country, they could be happier and have brighter prospects. It could also help revitalize rural communities.

Auger approached the town council in her home village of Fortierville and the neighbouring village of Ste-
Francoise with the idea and they were excited by it. The two town councils and the local Desjardins Credit Union donated the funds to launch a six person pilot project. It also receives support from Emploi-Quebec, the provincial department of labour and AGRIcarrières, a human resource initiative for agriculture. 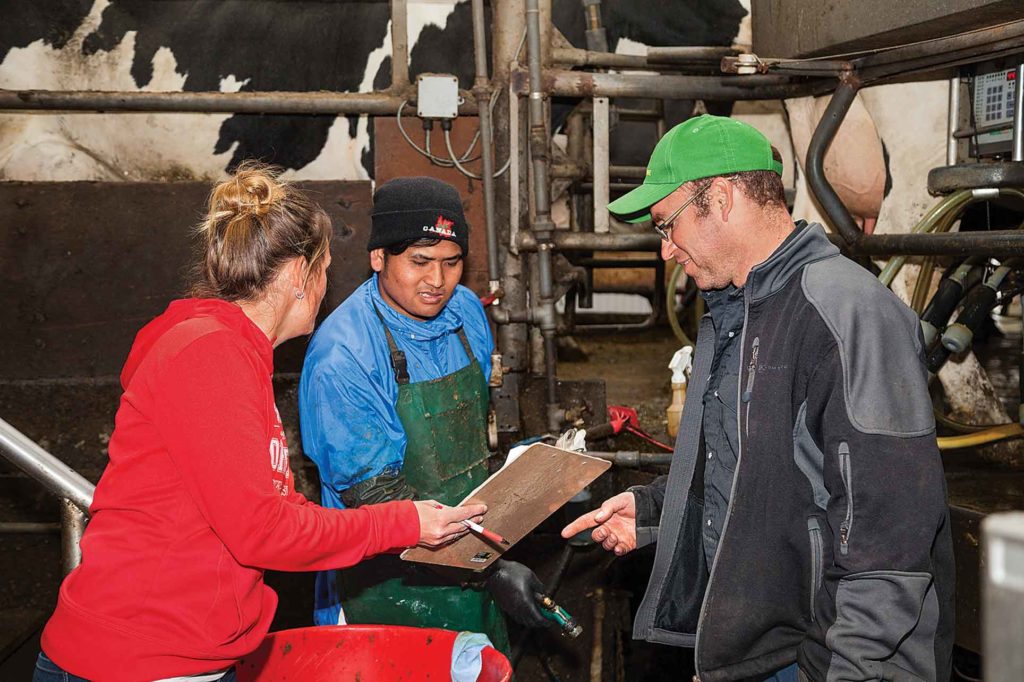 It was a natural fit for Neault and Drapeau since their 600-cow dairy is one of the area’s largest employers and routinely provides new employees with on-the-job-training. Their first trainee, Dik Bahadur Waiba, a
25 year-old refugee from Nepal, arrived in June 2016. He worked out so well that they hired his brother Buddha Waiba in January 2017 and hope to add a third worker shortly.

“We had to make a few changes to the training program we use for our Quebec staff,” Neault says. “They spoke very little French when they arrived so the language differences can sometimes be a challenge and we try to be culturally sensitive to help them integrate into our operation.”

“It took a while for them to get used to the technology,” Drapeau says. “They didn’t have the opportunity to drive machinery like ours in Nepal.”

On-the-job training. Most training occurs as part of their work week, Neault says. They mainly help with milking, but as they gain skills they’ll do whatever jobs need to be done.

The dairy rented them houses at subsidized rates, and soon many members of their family were able to join them. They grow their own garden and keep a few chickens too.

“An employee who moves his family to the region is making a serious commitment,” Neault says. “We deliberately tried to choose families with children. There are now 17 people living in these two towns who wouldn’t be here without the program.”

“Things were complicated when I first arrived but I’m finding it much easier now,” Waiba says. “My family and I really like it here. Many more people we know would like to come here, but you can’t live out in the country without a driver’s license.” 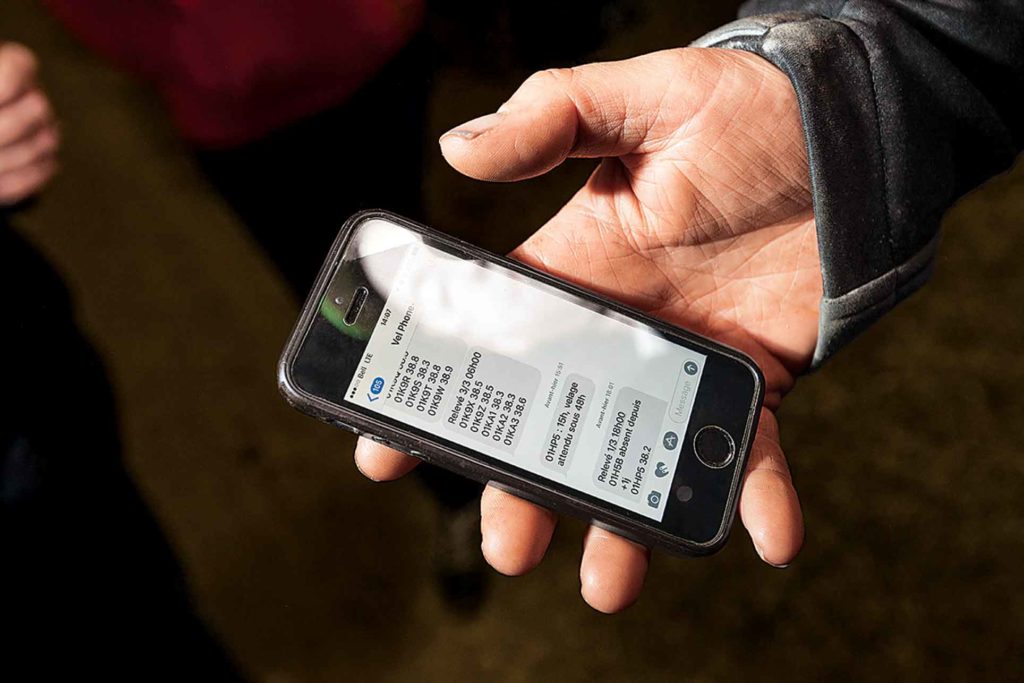 Neault and Drapeau’s family dairy uses some of the most advanced technology available, so it took time for the two Nepalese brothers to become comfortable with it.

Not being able to read and write French well enough to pass Quebec driver’s license test creates a real barrier for refugees and immigrants who want to live outside of the major centres, Auger says. It’s the main reason why people move out of the province to Ontario and Manitoba.

Auger says government support will be essential to make the project sustainable over the long run and before it could be duplicated elsewhere. Small communities can’t be expected to keep it going alone.

Refugees are strangers in a strange land; even things as simple as setting a thermostat can be challenging. So a worker’s entire family has to have support for the project to be viable.

“While cities have services to help newcomers integrate into society, these don’t always exist in rural areas,” Auger says. “So the support we receive from local community volunteers is what makes it work.”