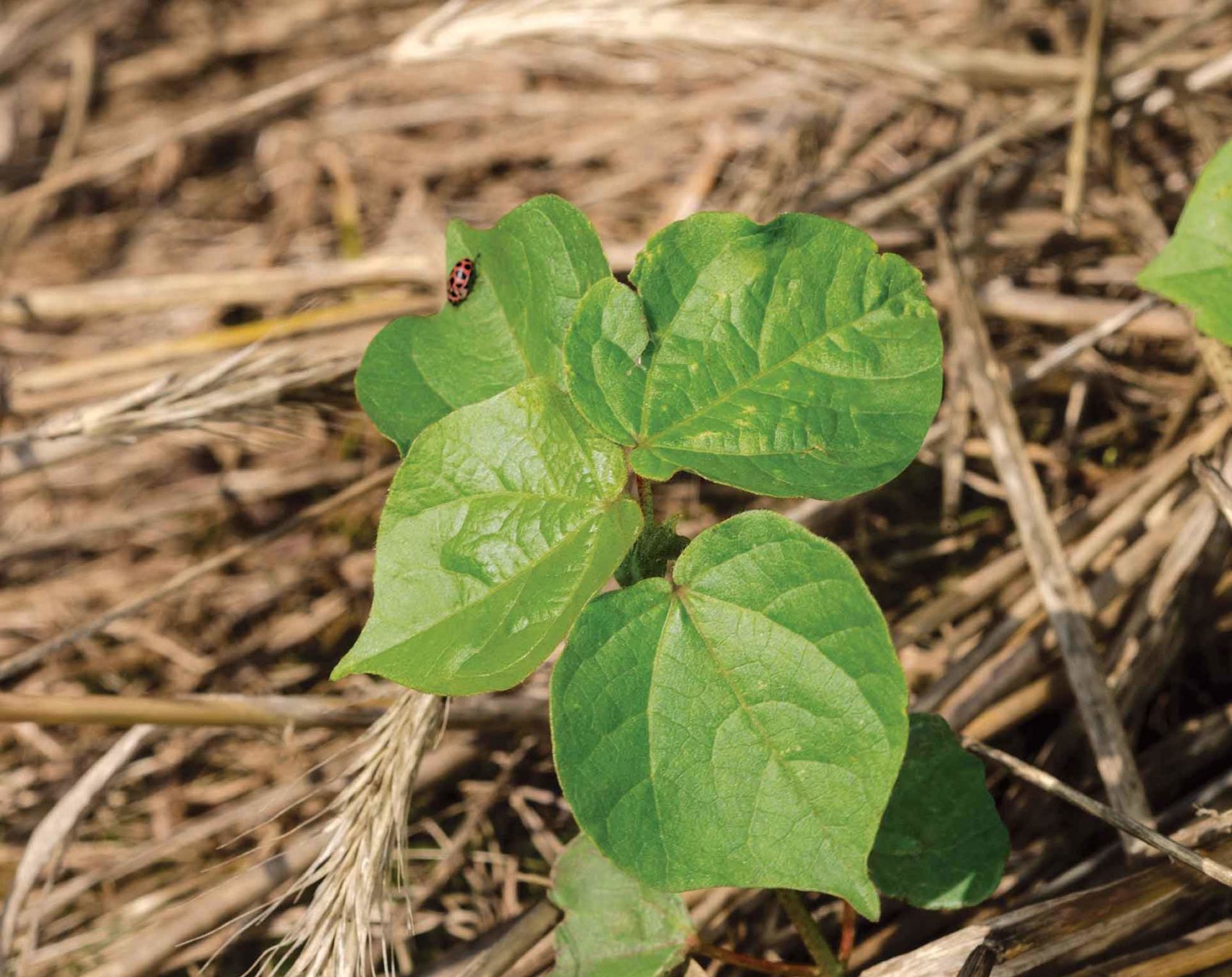 Some Arkansas cotton fields sported a new look this year, with seedlings popping through an array of cover crops. Farmers say they’re both saving water and attacking troubling agronomic problems.

Cut water usage. “The idea is to catch more rainfall and reduce irrigation, plus get all the other benefits of cover crops,” says Steve Stevens, Tillar, Arkansas, who now plants much of his cotton into standing cereal rye.

“The big benefit of planting into cover crops is increased water infiltration in a dry year. That’ll be money in the bank for us. We’ll be able to fine-tune irrigation management so we’ll do as well in a dry year as in a wet year. My hypothesis is that we can get back to watering just three times a year and still make the yields we want,” says Bill Robertson, Arkansas Extension cotton agronomist.

“The difference is, we’ve been farming the top six inches of soil. With cotton planted in a cereal rye crop, we can extend that to 15 inches,” Stevens says.

“We can get the same cotton yield. We can be more sustainable and still grow it for six cents per pound less than the grower standard cost.”

Brothers Adam and Seth Chappell started with cereal rye as a cover crop seven years ago but now plant cotton into a blend of covers that this year included black oats, hairy vetch, Austrian winterpea, and purpletop turnip along with the rye. “We first started with cereal rye for Palmer pigweed control. We wanted to use something besides herbicides. Then we found out about the soil health, moisture retention, and mycorrhizal network benefits of cover crops. Now we try to have a buffet of cover crops for soil microbes instead of just one cover crop like cereal rye,” Adam Chappell says.

“We find that behind legume cover crops there is a lot more available N, and P and K levels are still good. We don’t know for sure what’s going on out there but we’ve seen a significant reduction in fertility applications.” 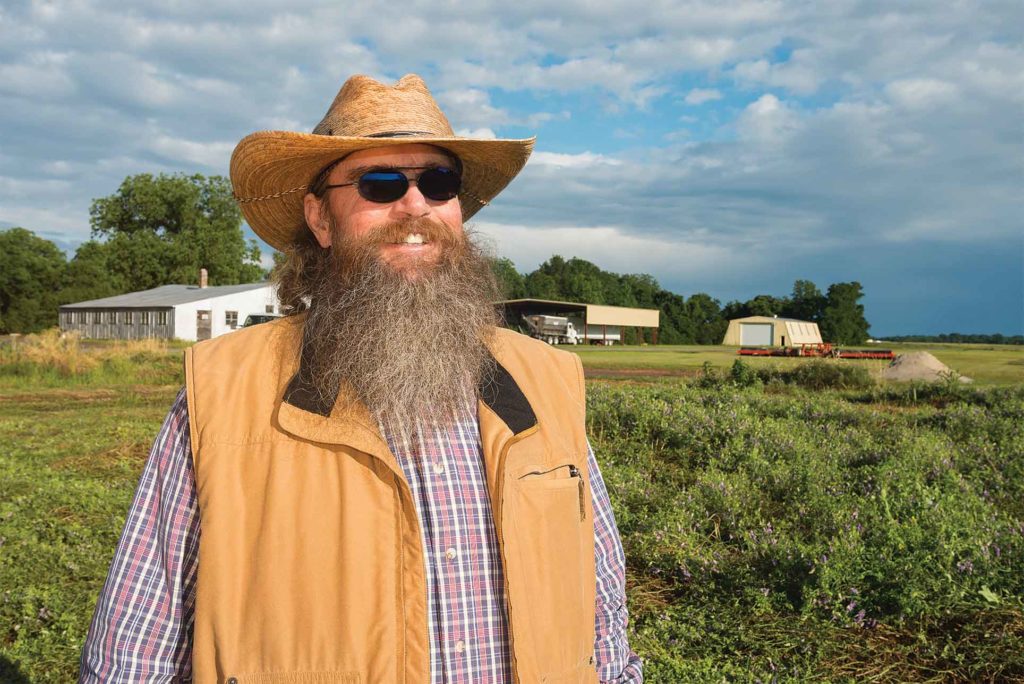 The Chappells rent much of their 9,000 acres of ground. “What I tell landlords is that we make the same yields with 50% to 60% of the money it once took. Even if we lose a little yield, the net return is a lot better,” he says.

Savings. “We’re using no tillage and make fewer trips to spray herbicides. We’re putting one-third less hours on our tractors. The less you have to do, the more money you save.”

Joe Whittenton, like Stevens, started with a wheat cover crop. Both switched to cereal rye for ease of planting the following crop. “Cereal rye is easier to kill and just melts down better. Wheat clumps more. With cereal rye, there’s just as much root 18 inches down as at the soil surface. I’d be tickled to death
if we could start farming the top foot of the soil,” Whittenton says.

Farming near Forrest City, Arkansas, Whittenton expects the improved soil structure to help plants reach water as well as nutrients. “Water is the vehicle to get nutrients in the plant. I think cereal rye will improve soil structure, feed the soil organisms, and help the root system. It’ll all come together to help us produce better crops,” he says.

“In 2015, the first year we did this, we had a yield bump in a dry year. In 2017 it was wetter and we saw a little yield decrease. I think we overwatered so it didn’t do as well as we’d like. You can say that we’re still in our learning curve,” Whittenton says.

That’s okay, Robertson says. “You remember the mistakes and learn from them, how to cut through the mulch and the right speed to plant. We’re learning to be as efficient as we can.”