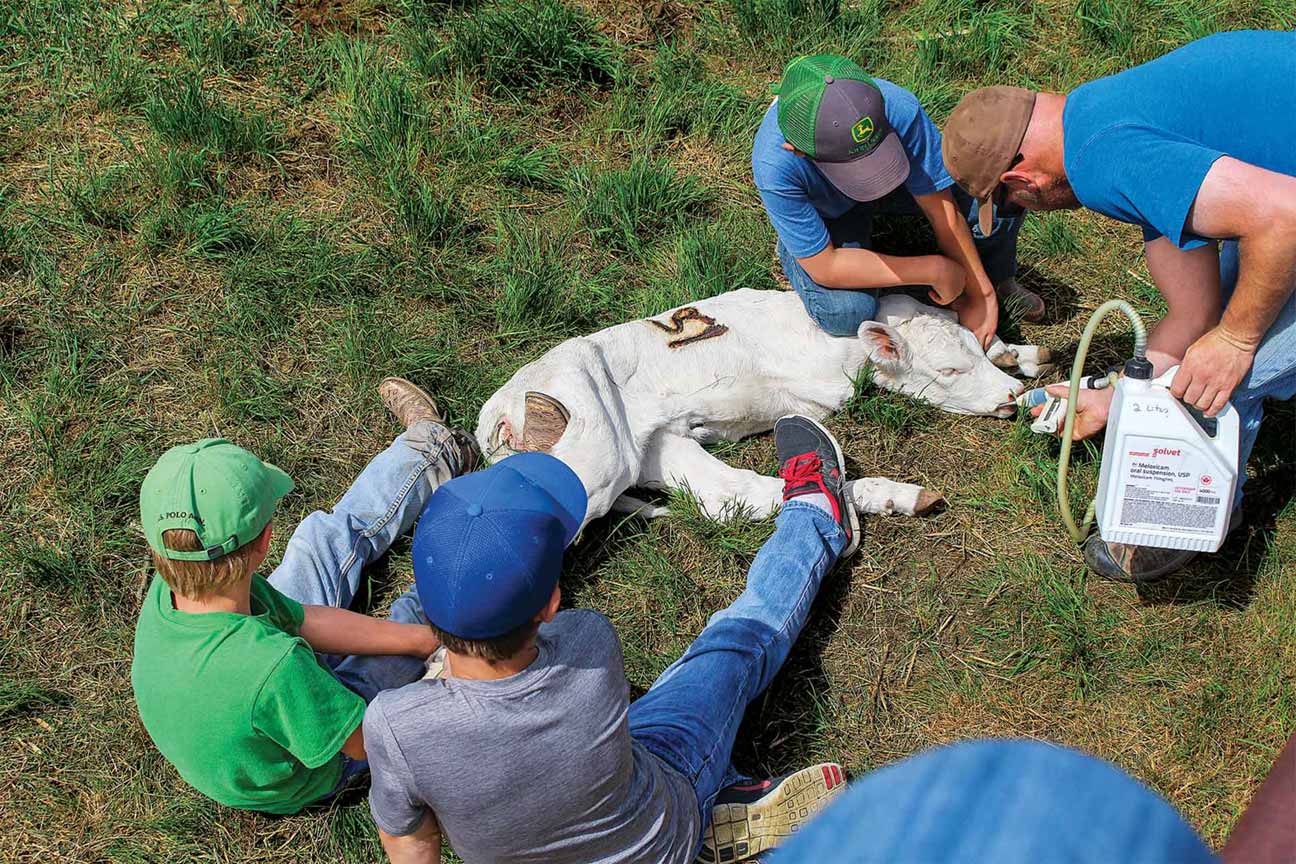 Access to long lasting, low cost and effective NSAID (non-steroidal anti-inflammatory drugs) pain medications is starting to revolutionize the way the beef industry conducts uncomfortable procedures on livestock. Veterinarians have been encouraging producers to incorporate pain management into the their operations ever since the provisions for it in the latest update of Canada’s voluntary Code of Practice for the Care and Handling of Beef Cattle came into effect in 2016. A few started experimenting with treating their calves with NSAIDs after branding and castration that year and witnessed such positive results that they’re spreading the news.

“Our vet suggested that we try giving our calves meloxicam when we were branding and castrating in 2016,” says Mark Vermeulen, a cow/calf producer from Ceylon, Saskatchewan. “We noticed a big difference right away. Normally our bull calves would be laying pretty low for two or three days after they were castrated, but these started moving around like they were the day before. As far as we could tell they never stopped nursing or grazing at all. The reduction in the amount of stress that the animals had was so obvious that we’ve started to use it when we have to pull a calf or treat for foot rot.”

New options. Veterinarians have been incorporating pain management as standard part of their treatment of companion animals for years. Until recently though there weren’t many options available for cattlemen to use in normal procedures. 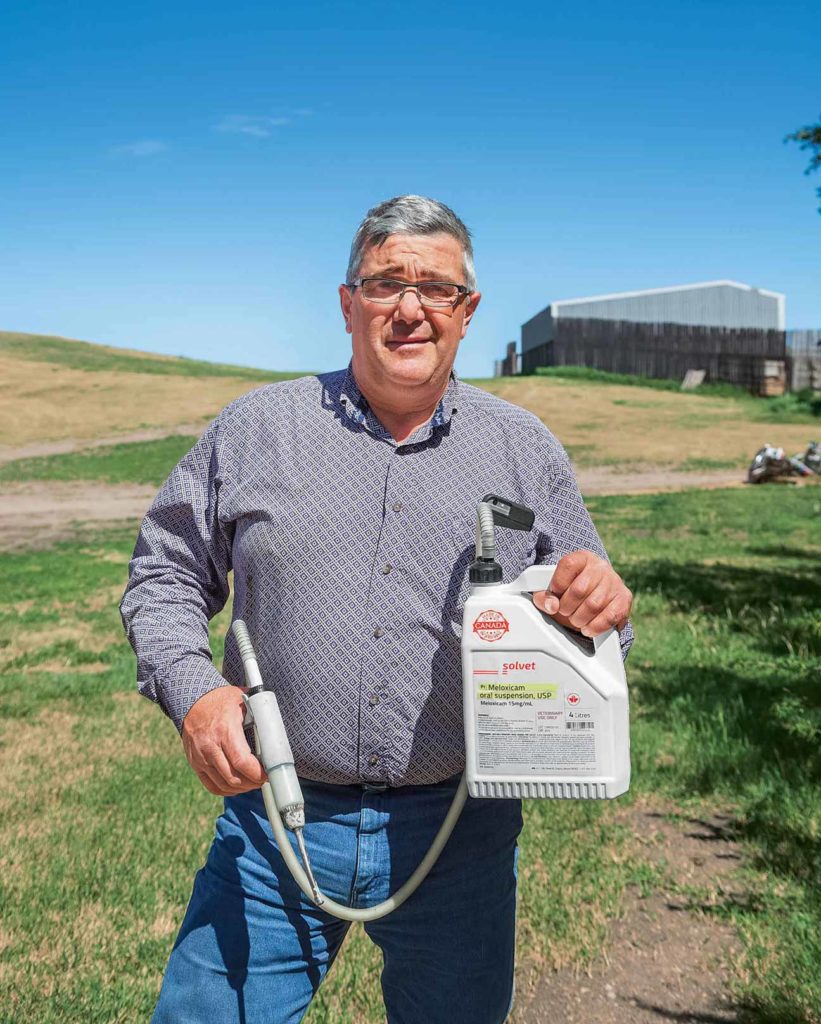 Mark Vermeulen was thrilled with the results he got by managing his calves’ pain from branding and castration.

“It’s one thing to have a concoction that will minimize pain in an animal, but if a farmer can’t buy it or can’t use it or isn’t allowed to sell animals that have been treated with it, then it’s kind of a moot point,” says Ryder Lee, CEO of the Saskatchewan Cattlemen’s Association. “So it’s rewarding to see different formulations of meloxicam and banamine come to the market.”

The right thing. “The data is still a bit unclear whether animals who receive a single pain treatment will gain weight better than those that don’t,” says Andy Acton with Deep South Animal Clinic in Ogema, Saskatchewan. “However does it honestly matter if there is one though? The industry is facing public pressure to be proactive about dealing with potentially painful procedures with our livestock. But even if we forget that, the cost of these treatments has come down so dramatically that it’s easy to make a case for pain management just because it’s the right thing to do.”

Vermeulen, for one, is convinced. Not only was it effective, it was also easy to integrate it into their operation. They just had one of the children squirt the correct dosage of the oral pain killer into a calf’s mouth with a dosing gun during branding.

“Pain control medications are just going to get better going forward,” Vermeulen says. “It won’t be long before everyone will be using them without a second thought.”

National Festival of Bread focuses on art of baking.