Whiskey and vodka and gin – oh my! Craft distilleries are rolling out dozens of great gins and vodka in every province across Canada. Some are even producing whiskies. That’s great news for grain growers because it takes approximately one ton of barley to produce two and a half 200-litre barrels of whiskey.

Distillers have had a long history making spirits in Canada despite having taxation and marketing structures stacked against them. While actual values will vary from province to province, distilleries generally only receive about 20 percent of the amount that a consumer pays for a bottle.

That’s changing for one segment of the industry. The British Columbia (BC) Craft Distillers Association, with the support of provincial grain and fruit producers, convinced the BC government to reduce the amount of money they were collecting from micro-distilleries in 2013, says association president Tyler Dyck. The new rules allow craft distillers, making 50,000 litres or less of spirits from BC-grown fruit and grains, to sell directly to licensees and private liquor stores without having to pay the more than 160% markup on the wholesale price that larger distillers must pay. Most provinces are now taking steps to follow BC’s lead. 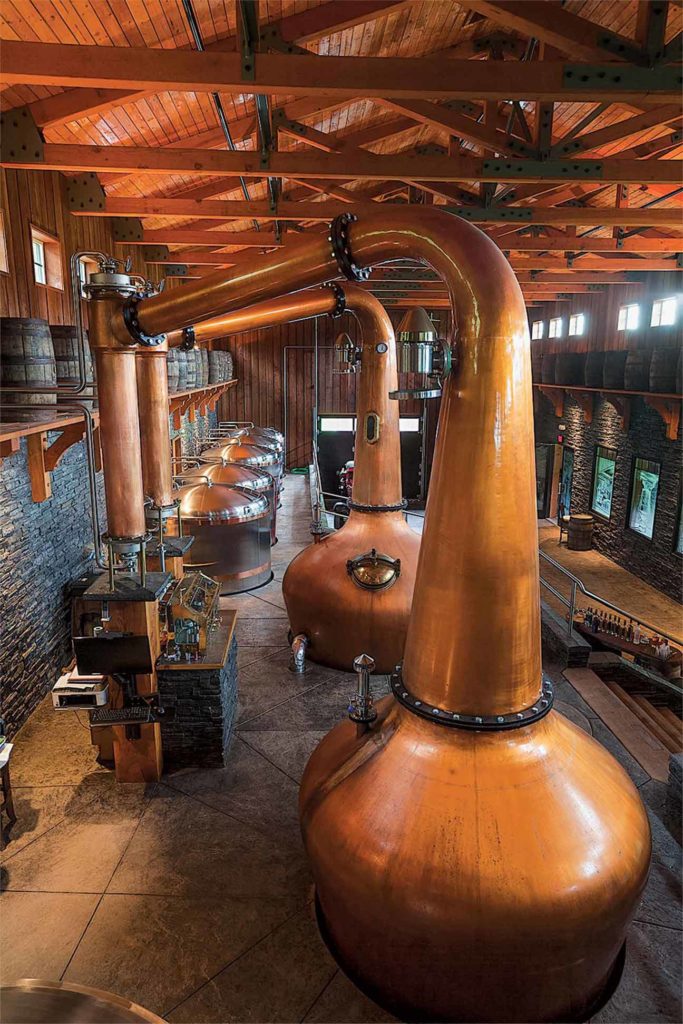 Even though starting a new distillery is massively expensive, scores of new craft distilleries are opening across Canada.

“There were seven distilleries in British Columbia in 2013 when the provincial government made the regulatory changes,” Dyck says. “I think there are now 52 on the books; 33 or 34 of those are active right now.”

Field to flask. Patrick Evans’ Shelter Point Distillery is one of the few that predates the new rules. He launched it in 2010 to turn the barley he grows on his farm near Campbell River, BC, into spirits. If he does everything right that two-tonne-per-acre barley crop will extrapolate out to 800-litres of absolute alcohol which in turn would translate into 2,600, 750ml bottles of whiskey.

“There is a real opportunity out there for micro-distilleries to make small quantities of niche products,” says whiskey expert Davin deKergommeaux, based in Ottawa, Ontario. “There is a dill pickle vodka that they [Last Mountain Distillery] are making in Saskatchewan right now that’s fabulous. Mill Street Brewery in Toronto just released a great small batch gin with these floral hoppy notes in it. No big company is going to make these.”

“The craft element is exploding,” Evans says. “It’s no different than the wine industry was 10 years ago or craft breweries were four years ago. Any good liquor store now has a complete wall of craft beers from around the world. It’ll get like that with vodkas, gins, and perhaps whiskies one day too, but they’re more of a long game because of the aging process.” 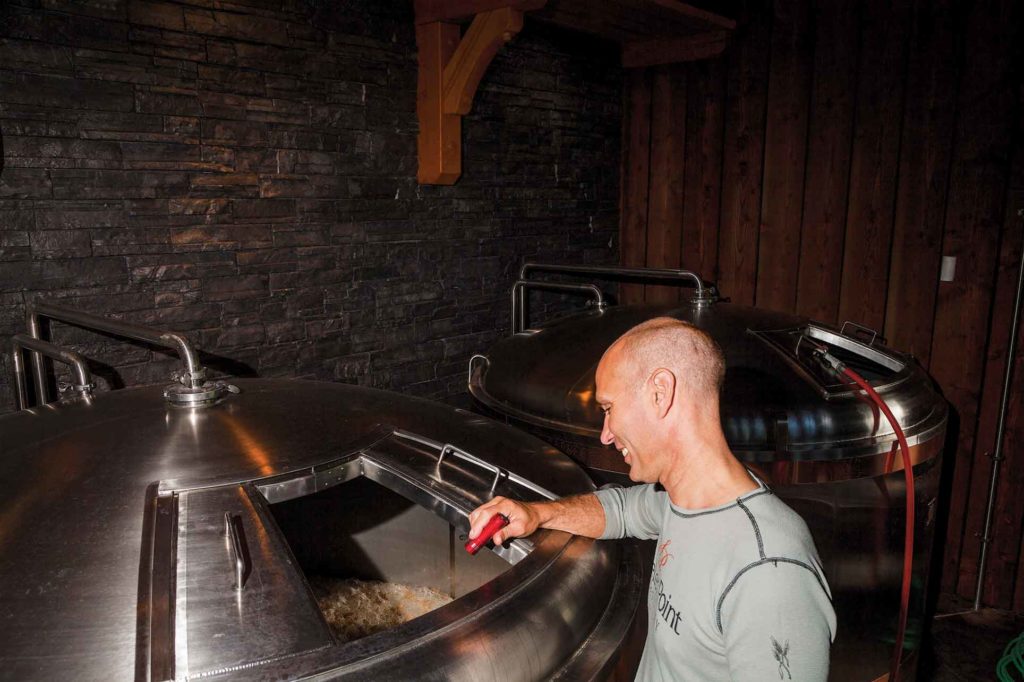 “Whisky is the most difficult spirit in the world to make well so it’s a mistake for distillers to try to produce one right away,” deKergommeaux says. “Shelterpoint along with Central City Brewing and Distillery in BC, and Still Waters Distillery in Toronto, are really doing some wonderful things, but a lot of the others just aren’t there yet.”

“A spirit can be called whisky after it’s been aged for three years in Canada, but that doesn’t mean it’ll be any good,” Evans says. “We knew our first release had to be good or great. It took five and a half years before it was good enough to do a very small release of 12,000 bottles. But Jim Murray, the world renowned whisky expert, rated it an 89.5 out of 100.”

Will the craft distillery industry have a bright future in Canada? Evans believes the sky is the limit.

“Scotland is about 30,000 square miles and Vancouver Island is 12,000 square miles,” Evans says. “They export four billion dollars of scotch whiskey and we comparatively don’t export anything. But that can change. One distillery is kind of cool and funky to look at, 10 become an industry and 20 become a destination.”

National Festival of Bread focuses on art of baking.