When Fred C. Heidrick was in his 20s, he decided that tractors were the new gold. It was the 1930s, and California farms were struggling from years of drought and the Great Depression. Fred farmed for his family with his brother Joe on the outskirts of Woodland, an ag town with roots in the 19th century Gold Rush. Tractors were replacing horses as the vehicle of choice in the fields, but not everyone could afford the mechanical beasts, so Fred and Joe decided to buy and repair used ones in the wintertime and sell or rent them in the spring. It was a bold plan.

Because like any good collector Fred acquired more than he sold, he and his family ended up, after several decades, with one of the rarest and most interesting collections in the country. In 1997, his son, Fred Jr. opened the Heidrick Ag History Center at the edge of Woodland. Today, renamed as the California Agriculture Museum, the organization is exploring how to tell new tractor stories.

“These are terribly important tractors that led to the tractors of today,” says Dan Best II, a member of the museum’s board of directors, and a descendent of an early tractor manufacturer. “If we forget our past, we lose the future.”

Tractors and Family. The museum’s first stories begin with the original Fred. His grandson, Rusty Lucchesi, who’s now on the museum’s board of directors, heard plenty of Grandpa’s anecdotes growing up. “When he was a kid, Fred didn’t like horses,” Rusty recalls. “He always said ‘Horses ate before we did; they went to bed before we did; they were treated better than we kids were, because they worked harder.’” 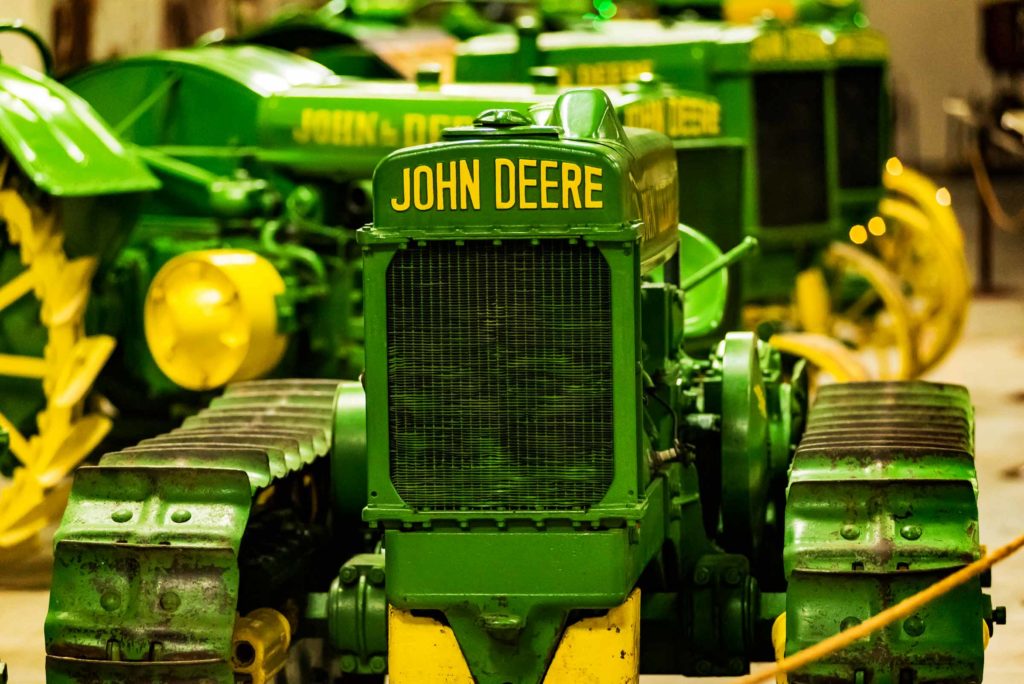 Tractors, on the other hand, were good company. “He dreamed about tractors at night,” Lucchesi says. As teenagers, when Fred and Joe were doing field work, Fred liked driving the tractors so much that when he was finished with his own shift, he’d do part of his brother’s. “Joe would go to town and take out his future wife,” Lucchesi says.

Grandpa taught grandson, and one of Lucchesi’s first projects was repairing an old John Deere D. Tractors were valued as much for their parts as they were whole, and bits and pieces were stored in rows behind Fred’s house. Finding what you needed was easy, Lucchesi says, because Fred had picture-perfect recall for where he’d stashed every scrap.

Story Proud. Captivating the public with tractor tales is the job of the museum’s executive director, Lorili Ostman, who brings a particular slant to her mission. Having earned bachelor’s and master’s art history degrees in college, Ostman gives equal value to both a subject and the story behind it. In her mind, the niftiest tractors are not only dazzling machines with crazy parts and joints haunted by the pungency of oil; but also they express something of both their creators and their time. “Tractors capture a much broader slice of the American scene,” Ostman says. “There are a hundred ways to put the story together.”

For one, tractors spurred the evolution of power. During the early 20th century, as motorized tractors advanced in agility, efficiency, and price, they replaced some 22 million work horses on American farms, according to a USDA report “The 20th Century Transformation of U.S. Agriculture and Farm Policy.”

The fun factor is always present. “One of our biggest days was the day after Thanksgiving, so we lit up Black Friday,” Ostman says. That day inaugurates the annual Twinkling Tractors display, where Christmas lights outline the shapeliest machines. There’s also a Tractor Family Fest with games and food in March. And there are changing farm-themed art exhibits. (The April show is called “Tractors, Trains, and Shipwrecks.”) And there’s a summertime Tractors & Brews event showcasing regional craft beers. 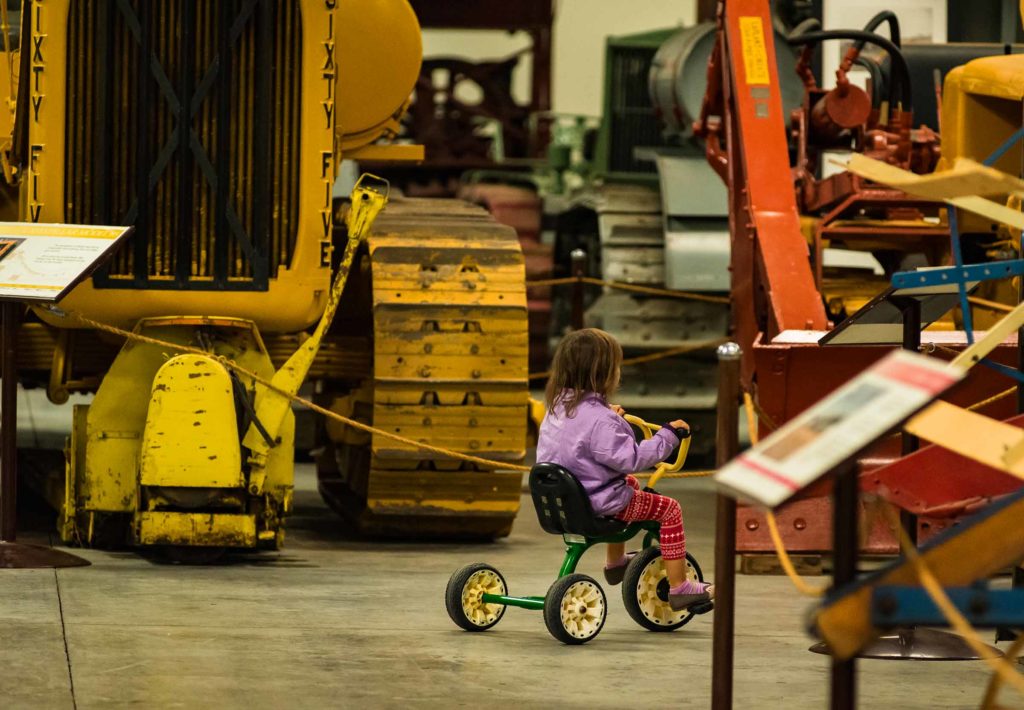 Kids explore the museum on pedal tractors; toddlers roam around with plastic farm toys inside a play area.

Interior design: With the activities in mind, when the museum changed names, Ostman and board members thinned the showroom displays, leaving areas where people could gather to chat, and making sightlines down aisles to allow significant pieces of equipment to stand out. They clustered tractors so people could see them both as individuals and as parts of a whole. (It’s not just a 1924 Allis Chalmers Wheel Model 20-35 or a 1915 Holt Midget 18; it’s a historic brand, a pivotal crop, a changing era.)

Some pieces are as big as a small house; others, the girth of a Tesla. Along one wall, John Deere equipment flaunts its perky yellow and green paint. There’s a 1922 Waterloo Boy and a 1924 D, which was the first model to bear the John Deere name.

“Everybody loves the green wall,” Ostman says, using a museum nickname for the Deere section. “When we were restoring a John Deere wagon we were shocked to discover that the color scheme wasn’t always green and yellow. Early on it was green and red. As they modernized, they changed their branding.”

Despite all the fantastic machines, there’s nothing as compelling as the personal side of tractor history. Lucchesi is one of the strongest links between family history and the changes in 20th century agriculture. “When Fred was growing up, people were producing food for their own families,” he says, “But then in the 1920s and on, technology was advancing so quickly that families had surpluses, and they realized they could sell some of the food at market. Farming became a way to make a living.”

At the Heidrick family farm, that meant Fred had a big job to do. “Fred Heidrick had five siblings,” Ostman says. “They had to quit school in 8th grade to support the family. They went to work helping their father. You’ll see early photos of Fred, Joe, Vera, Ethel, Emmet and Louise working. What is interesting to me was that he didn’t resent it. At a young age, he learned, ‘I love this!’”