Consumers trust farmers! Surveys conducted by both the American and Canadian Centres for Food Integrity found that 69 percent of respondents believe that farmers are the most trusted source for information on food issues. Unfortunately they also showed that their favorable impressions are a mile wide and an inch deep. Critics on social media have created uncertainty about many common modern agricultural practices. So levels of public trust fall off a cliff when the questions on the hottest issues, GMOs, animal welfare, or food safety, are raised. It will take a massive effort by the agri-food sector, especially farmers, to shore up the faith in the system.

The public’s favorable impressions make farmers the obvious choice to lead efforts to rebuild consumers’ flagging faith in the food system, says Stanford Blade, Dean of Agricultural, Life and Environmental Sciences at the University of Alberta in Edmonton. People trust producers because they’re typically viewed as sincere and authentic, so it really becomes a question of whether or not farmers are willing to take time away from running their operation to do this.

Blade believes it’s becoming such an important issue that producers now must consider outreach as part of their regular operations. If farmers aren’t willing to step up and make their voices heard, especially on social media, they are leaving the field wide open for others to set the agenda. 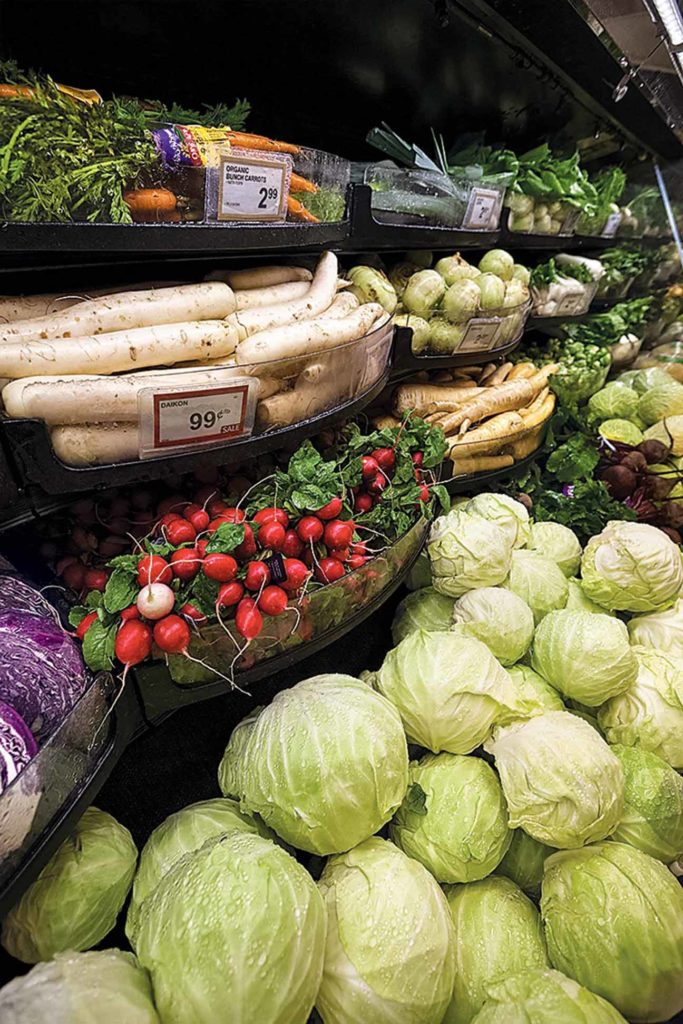 “Farmers are at a crossroad in public opinion,” says Crystal Mackay, President of the Canadian Centre for Food Integrity in Guelph, Ontario. “There are solid trend lines in Canada, the United States, the United Kingdom and the European Union that show that consumers’ positive impression of farmers is wavering. They have gone from having a positive overall impression to being a bit unsure, and one-third’s feelings are negative. If this downward trend continues the whole industry is going to have a real social license issue.”

“We’re already starting to see this in the pressure consumers have put on the Costcos, the Walmarts and the fast food chains to ensure the products they are buying are produced in a sustainable way,” says Ron Bonnett, President of the Canadian Federation of Agriculture, the umbrella organization that represents all sectors of the industry in Canada. “Agriculture as an industry has to start listening to consumers and addressing their concerns going forward.”

Skeptical age. Stabilizing and restoring consumers’ faith in farmers and the food system won’t be easy. We’re living in a skeptical age; trust in anything is in short supply. Plus, 93 percent of Canadians (and Americans) have been telling pollsters for years that they know little or nothing about farming…and what they do know is heavily skewed by the nostalgic, romantic portrayals of farm life used to market food. Constantly telling consumers their food is produced on “Old MacDonald’s Farm” creates warm fuzzy feelings but it has created a disconnect between this fantasized image of farming and the reality of modern agriculture. So perhaps it shouldn’t come as too much of a surprise that consumers find modern farm practices to be frightening.

“The public is looking to farmers for assurance that they are still operating their farms with the same care, commitment and values as earlier generations had,” Mackay says. “They need to know the heart of farming hasn’t changed even though the style of their barns and the size of their tractors have.”

“Be conscious that bad news sometimes travels faster than good news,” Bonnett says. “Farmers are doing a better job raising animals, growing food and caring for the environment than we have ever done, but we have to do a better job communicating our good stories to the general public.” 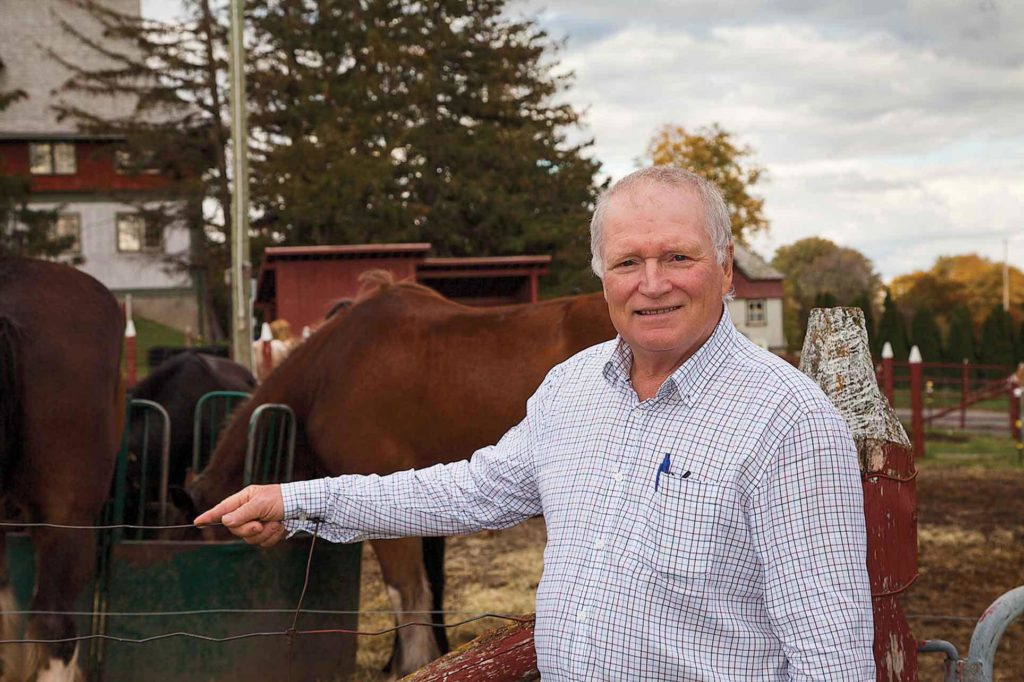 “Farmers are doing a better job raising animals, growing food and caring for the environment than ever,” Ron Bonnett says. “But we have to do a better job communicating our good stories to the general public.”

Continually providing consumers with small nuggets of positive, credible information about our food system can be used to build up credits in the public trust bank. This would provide a reserve of good will to draw on when things go wrong in the food system. For example, there would have been major dust storms and a widespread crop failure on the Canadian Prairies in 2017 if crops were still grown like they were in the 1930s. Instead, farmers harvested a fair crop in a number of areas and the soil was held in place thanks to no-till technology, improved seeds, and herbicides.

Farmers are well aware of the advantages of conservation tillage but it never occurred to anyone to widely share this knowledge for purely social reasons, says Blade. Instead of just holding meetings to raise producers’ awareness of how good the technology was for their pocket books and for soil management, we should also been telling the public about what a great accomplishment this was for carbon sequestration, too.

Healthy, affordable food. “People’s number one concern is having healthy affordable food,” Mackay says. “So everyone in the food system should always be framing their conversations around the things they are doing to provide it for them.”

The first rule of public trust is to connect with people over shared values. If you’re a livestock producer and find yourself talking to an animal lover at a dinner party, connect over your common love for animals. Remind them that no one is more concerned about animal welfare than the people who raise them. It’s not just an abstract feel-good issue; their livelihood depends on their animals’ wellbeing. Likewise, if you are talking to someone passionate about nature, connect over your concerns for the rural environment that surrounds you. Remind them that it’s where you live, work and play so you have no interest in treating your farm like an industrial chemical dumping ground.

Facts and binders full of evidence are the table stakes in the battle for public trust, Blake says. But farmers do have an ace in the hole with their sincerity and authenticity. 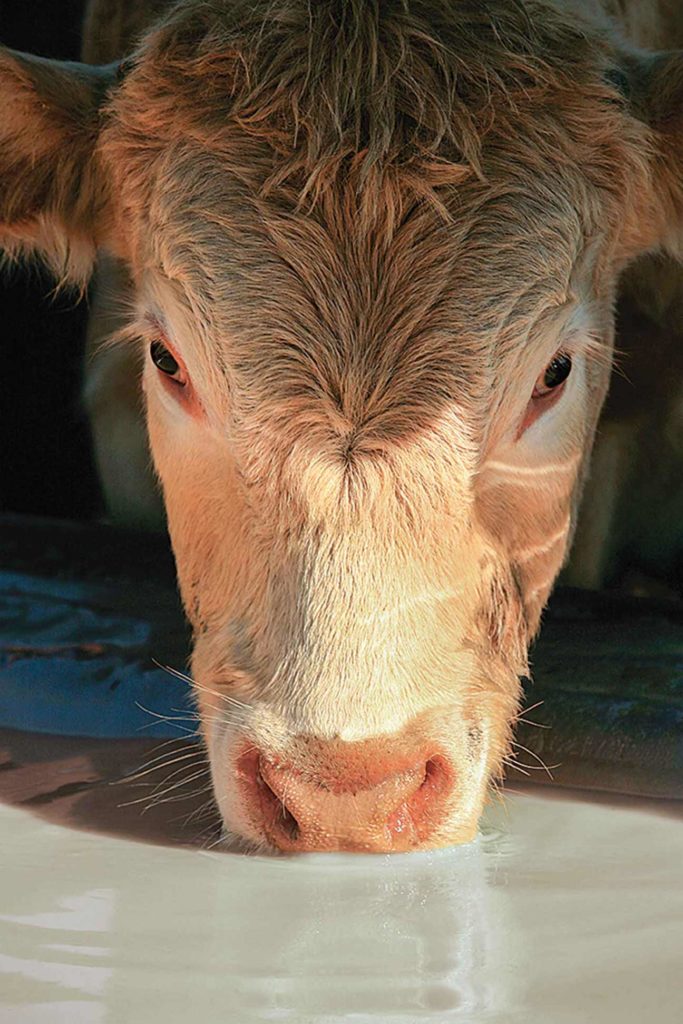 Personal connections. A survey in Saskatchewan, where nearly everyone knows someone who farms, found that 85 percent had positive impressions of agriculture. This underscores the value of establishing personal connections to consumers. That’s harder to do across wider regions because less than two percent of the population is directly involved in agriculture, so the vast majority of the population doesn’t have opportunities to form direct links with farmers.

“We have to be more conscious of this and find ways to address it in the future,” Bonnett says. “Perhaps we could develop education programs that could go into the schools so students would have a better understanding of farming. Perhaps just reach out to teachers and leverage their influence on our children.”

“One-on-one conversations have a huge impact, but at some point farmers are going to have to join the big leagues and share their stories on social media,” Mackay says. “Our research shows farmers have a perfect opportunity to reach the huge population out there actively looking for accurate, credible information on their food. They are generally supportive about what we do even though they are unsure on any specifics. The ball has been pitched…who is going to be the one to step up and hit it?”