One figure stands out in Chip Taylor’s mind as he ponders the plight of the monarch butterfly. That number is 1.8 billion, and it represents a scientific calculation of the shortfall in the number of milkweed stems that this iconic insect needs to restore the population that it maintained just 20 years ago.

Milkweed plants are the only food source for monarch caterpillars, so this staggering shortage of stems is one factor that explains the downward spiral in monarch butterfly numbers (a chart on the following page tracks this troubling trend). “The very existence of the monarch migration may be threatened,” says Taylor, an insect ecologist at the University of Kansas and director of Monarch Watch. “It’s going to take an ‘all hands on deck’ approach to solve this problem. We need to restore habitat on every possible part of the landscape.”

Pollinator plight. The nation’s pollinators play a key role in producing about one in every three food products that find their way to the dinner plate. But the 21st century has been tough on bees and butterflies. Honey bees have faced high colony losses for the past 10 years, and scientists say native bees are facing declines as well—the bumble bee, for example, was recently placed on the endangered species list. An approximate 80% drop in the monarch population over the past 20 years has spurred interest in both public and private efforts to turn this trend in a positive direction. 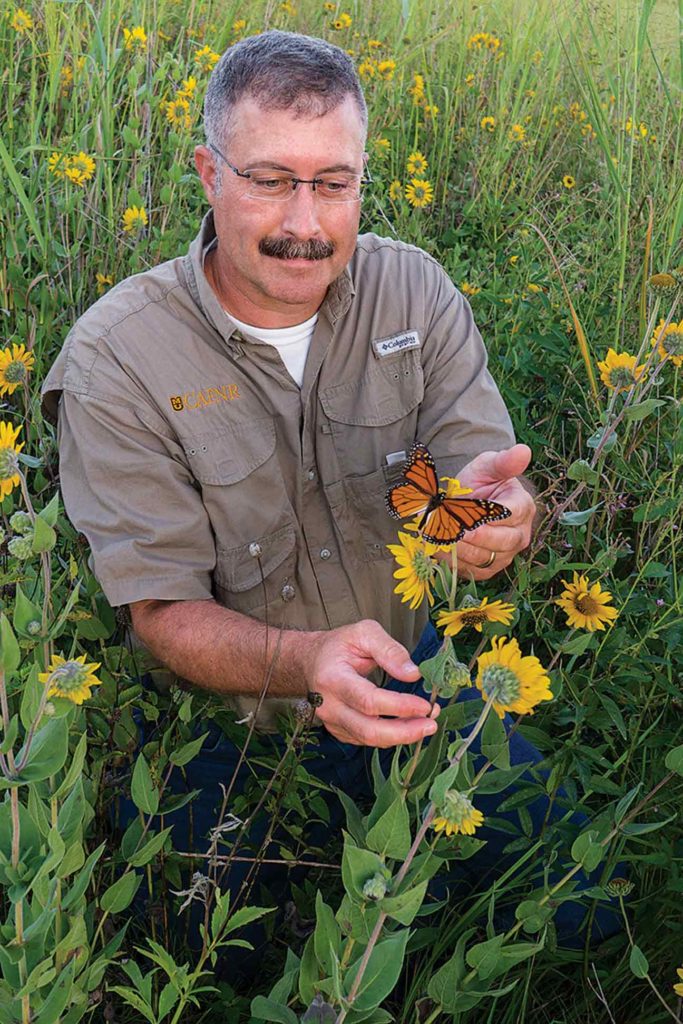 There are many factors behind the decline in pollinators, but loss of habitat rises to the top. The Bee & Butterfly Habitat Fund, a partnership formed to work with landowners to offer incentives to incorporate high quality pollinator habitat, pointed out the extent of habitat loss in its 2017 annual report. BBHF reported that, from 2008 to 2011, nearly 24 million acres of grassland, wetlands, and shrub land, located primarily in the central U.S., had been converted into crop production. That’s a huge area, approximately four-fifths the size of the state of Indiana.

When land is converted to crops, pollinators lose access to flowering plants they once used as a foraging source. And Taylor points out that today’s herbicide-tolerant crops and multiple modes of action used to control resistant weeds have virtually eliminated common milkweed from corn and soybean fields. That’s particularly important for the eastern monarch population, which makes an annual migration through successive generations from fir forests in Mexico to summer habitat in Corn Belt states.

Ready to rebound. The good news for pollinators is that a variety of efforts to restore habitat are now underway, ranging from symbolic to substantial. The University of Missouri Agricultural Experiment Station was among the first to step up. The AES operates a system of farms, centers, and forests around the state, providing regional research and demonstration for agricultural producers and natural resource managers.

“We decided to do our part for the monarch butterfly,” says Dusty Walter, who heads up the Wurdack Research Center for the University of Missouri. “We planted pollinator habitat at more than a dozen sites around the state.” These demonstration plots support milkweed and a variety of plants that flower throughout the growing season. “With the new programs available that provide cost-share dollars, and the fact that pollinators can help boost yields on crops such as soybeans, it’s a solid move in my view for a farmer to incorporate some pollinator habitat on the land,” Walter says. “It’s a win for conservation and a win for agriculture.” 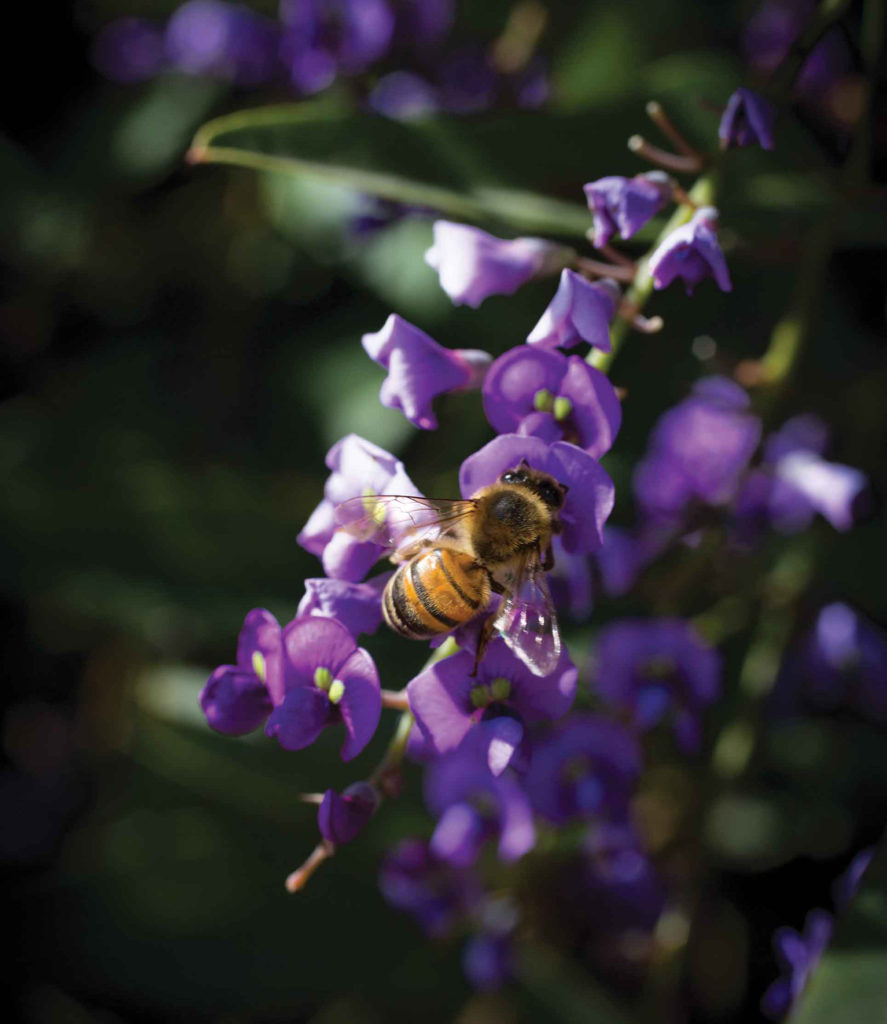 Pollinator payback. Winning the interest of farmers is the Farm Service Agency’s recently introduced conservation practice called CP42 Pollinator Habitat. The practice is designed to enhance and restore habitat for ecologically and economically important pollinators by providing a diverse mix of pollinator-friendly plants. The practice can be established on the acreage of an entire field, or planted in blocks or strips within a field. FSA offers a generous signing incentive payment as well as cost-share assistance for establishing the practice. There’s also an annual rental payment over the life of the 10-year contract. Those payments are based on soil productivity and are often similar to cash rental rates.

The CP42 practice had already attracted nearly a half-million acres of Corn Belt land by mid-2017; Iowa farmers led the way, signing up more than 200,000 acres to be restored as a source of habitat for pollinators.

Mark Schleisman has found the CP42 practice to be a good fit for his family operation located in west-central Iowa. “Using our yield maps and other tools, we identified areas of fields that were not the most profitable to farm,” he says. “These were areas such as sidehills, end rows, or odd-shaped pieces. The pollinator program was a good way to help them contribute, both from a financial standpoint and a conservation view.”

The Schleismans have installed the practice on about 70 acres of family land, and are looking to add more. The 2018 growing season will be the third year for some of the pollinator plots, which have been managed by mowing to control weeds. “Growing flowers isn’t something we’re experienced at doing,” Schleisman says. “But it looks like the third year is going to provide a good mix of flowers and forbs that support pollinators as well as pheasants and other wildlife.”

It’s an effort that Kansas scientist Taylor encourages, as he relates it to the movie Field of Dreams. “Build it and they will come,” he says. “If you create it, the pollinators will come back. The monarch will be back.”