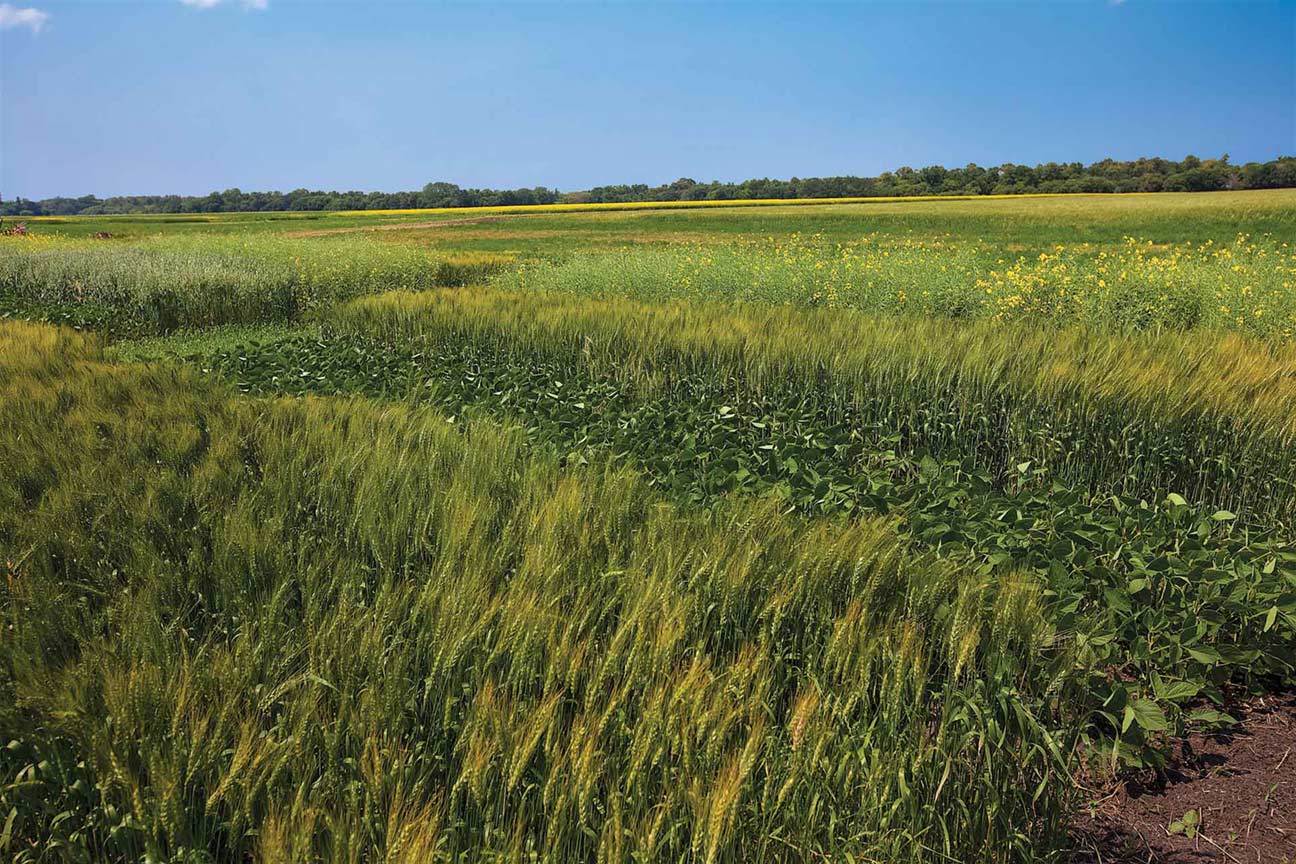 Every farmer knows that they should rotate their crops to prevent a host of insect and disease problems from cropping up. But even though practically everyone agrees it’s good agronomic advice, vast numbers regard it as an aspirational goal rather than a management practice that they actually plan to incorporate into their farm operations. It’s viewed something like all those resolutions that are made every New Years to get more exercise or eat a healthy diet.

There are lots of signs that good intentions aren’t enough anymore, though. The resurgence of blackleg (L.maculans) in canola on the Canadian Prairies is a good example. Farmers thought the costly disease was a thing of the past when resistant varieties were developed in the early 1990s. So instead of just growing the profitable crop once every four years as recommended, many switched to shorter canola-cereal-canola rotations and in some extreme cases canola-snow-canola. 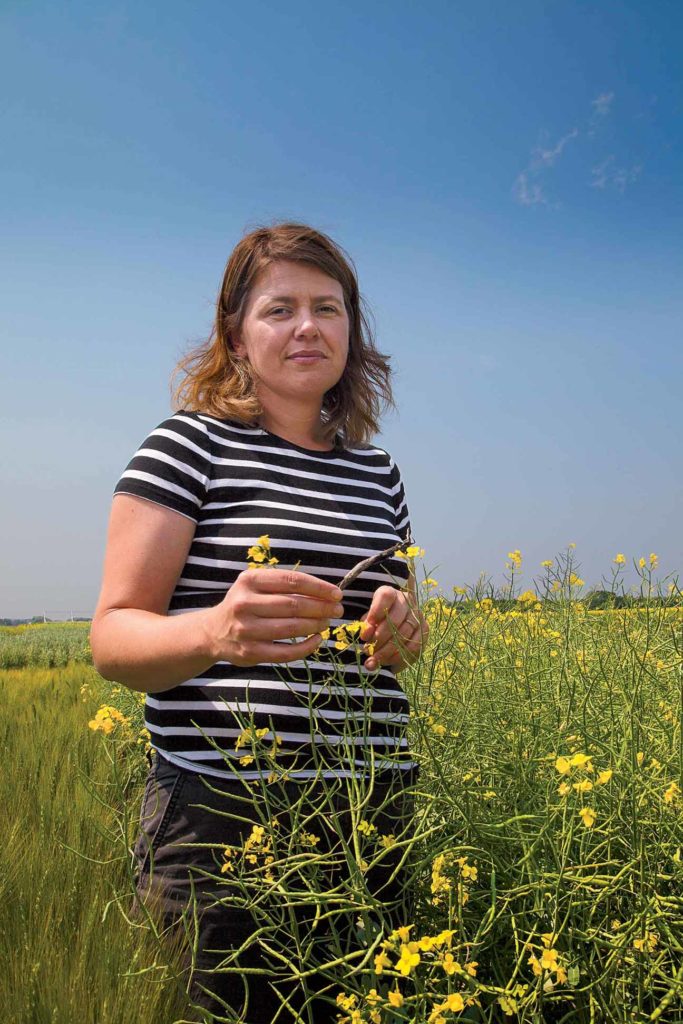 Anastasia Kubinec says that the Manitoba disease survey now finds blackleg in almost every field in the province.

“The decision to tighten rotations all comes down to economics, because canola is a very, very profitable crop,” says Anastasia Kubinec, with Manitoba Agriculture in Carman, Manitoba. “But abandoning the recommended once-every-four year crop rotation gave the pathogen the opportunity to develop new races through sexual recombination.”

The first signs that races of blackleg were breaking down genetic resistance in canola were found in Manitoba fields in 2002. Now there are at least 16 common resistant races found on the Prairies. They’re so widespread that the annual Manitoba canola disease survey finds it in 10% to 20% of all canola plants in that province.

Resistant blackleg races have received widespread attention beyond the agriculture community since 2009, when the Chinese government abruptly cancelled all canola imports from Canada in 2009. The fungus has remained a constant trade irritant between the two countries ever since.

Many farmers in Manitoba have dramatically reduced the levels of blackleg in their fields simply by including soybean and corn in their rotation, Kubinec says. But others still want to grow the crop more frequently. Starting in 2018, they’ll have the option of sending blackleg samples into designated labs to genetically test which races of L. Maculans are present in their fields. Once they know which ones they have, they then can work with their seed provider to choose varieties that aren’t as susceptible.

It’s an example of how producers can use technology to solve a problem they’ve created for themselves by ignoring good crop rotation practices. But it does nothing to prevent other, possibly worse, problems from cropping up in the future. 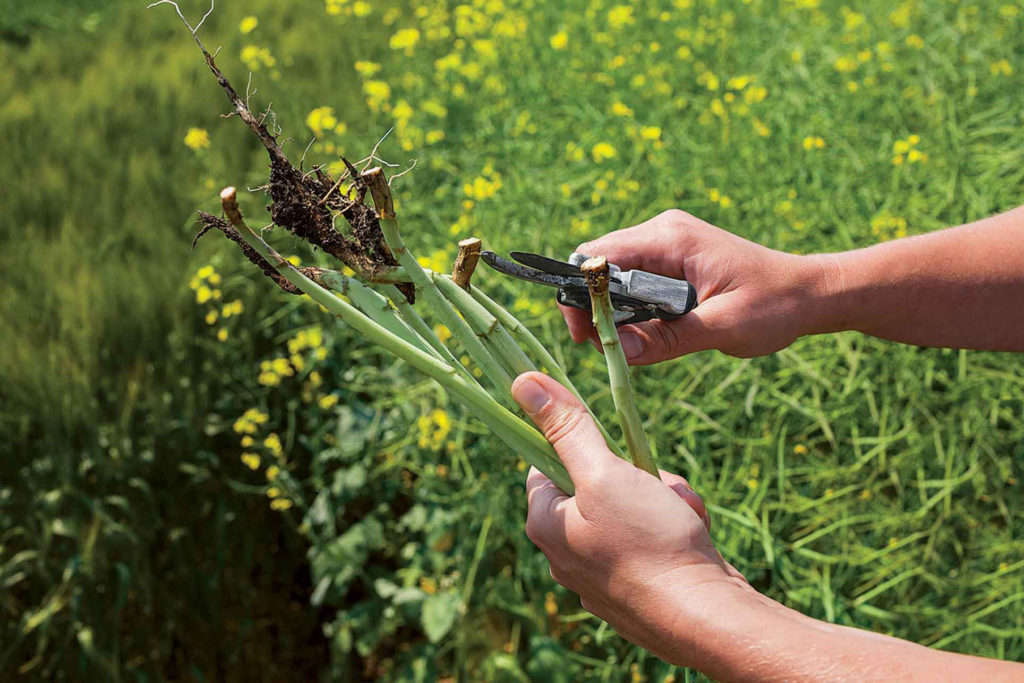 You can also collect samples of blackleg in your fields to find which races are present. Once you know what’s there, you can work with a seed dealer to find resistant canola varieties.

“I’m really not that concerned about blackleg,” says Clint Jurke, the director of agronomy at the Canola Council of Canada in Lloydminster, Saskatchewan. “Farmers can get rid of most concerns they have with it by lengthening their rotation. I am worried clubroot though. It’s a different beast altogether.”

Once it’s established in a field, the only ways growers can slow spore buildup are to plant clubroot-resistant canola varieties, control brassica weeds, try to manage localized infested patches of soil, reduce soil movement, and to rotate out of canola for at least two years. The pathogen can quickly get around genetic resistance if there are high loads of the clubroot resting spores in the field.

“If you don’t provide sufficient diversity in your farming system Mother Nature will provide it for you,” says Dwayne Beck, manager of Dakota Lakes Research Farm in Pierre, South Dakota. “We keep expecting researchers to come up with technology that we can afford, and consumers will accept, to solve these problems. But really the simpler solution is to prevent them by having longer, more diverse rotations.”