Patrice Filion’s and France Dufour’s decision to raise beef cattle at Ferme L’Oiseau Bleu on the outskirts of Baie Ste-Paul in Charlevoix, Quebec, one of the most stunningly beautiful tourist towns in Canada, could have been an unpopular one with their neighbours. But by choosing a uniquely pretty heritage breed of cattle, Belted Galloways, their farm was rapidly accepted as another tourism attraction in the region.

Belted Galloways are also known as Oreo Cows or Belties because of the distinct white band around their bellies. Ferme L’Oiseau Bleu’s herd is so visually striking that tourists will constantly stop to photograph them grazing in their paddock. They’ve become one more natural wonder in a region already known for its striking scenery.

Belties were first bred in Scotland in the 17th Century and are considered to be the oldest breed of polled cattle. Today though they are so rare that few in the cattle industry have ever seen one. According to the Belted Galloway Society’s newsletter, US Beltie News, there were just 18,390 of them registered in the United States in 2015.

Filion and Dufour, started their farming career in the dairy business as generations of his family had before them. However when Filion developed health problems, a decade ago, the couple was faced with a choice. They could either get out of agriculture altogether or switch to another type of farming. Since they already had the equipment and facilities for cattle they decided to try beef. 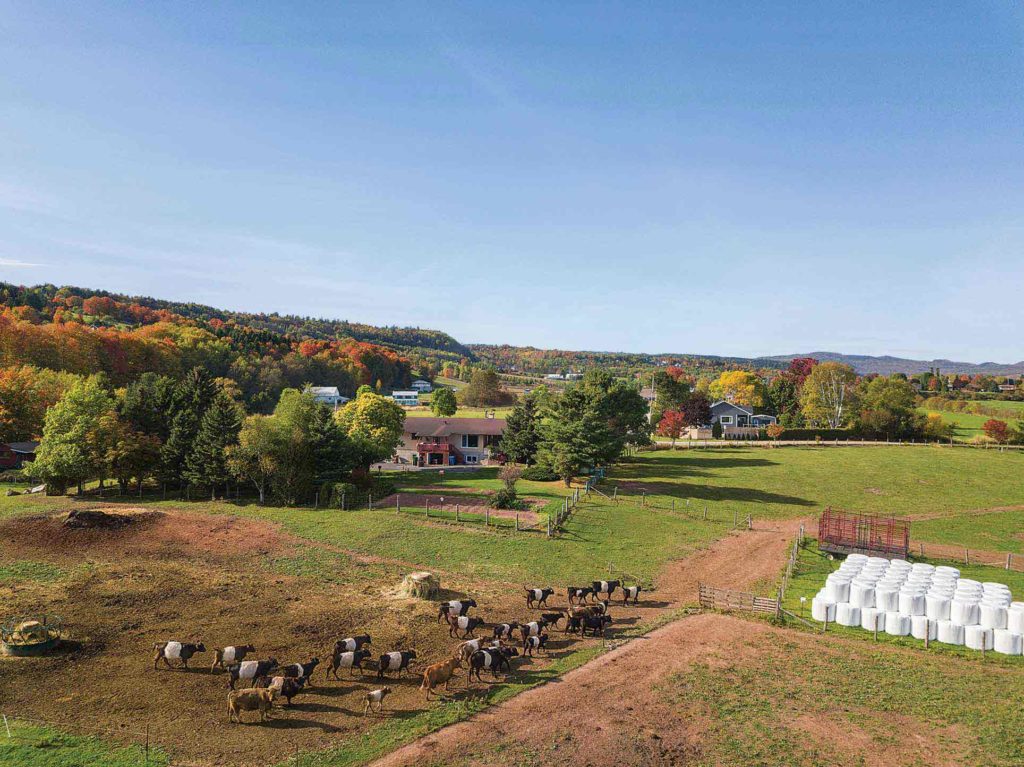 Raising exotically beautiful Belted Galloway cattle on the outskirts of Baie Ste-Paul, Quebec, one of Canada’s most scenic vacation spots, has attracts a steady stream of customers to Patrice Filion’s and France Dufour’s farm.

“Belted Galloways just looked so cute that we fell in love with them,” says France Dufour. “After doing a bit more research into their story we decided we really wanted to be part of the movement to revive the breed.”

While belties have been around for centuries, they have long since fallen out of favour in the commercial beef industry. They’re much smaller and take longer to reach market weight than beef breeds like Angus, Hereford or their black-coated Galloway cousins. Most raised today are found on small farms and acreages where they are often considered to be pets.

Largest producer. Filion and Dufour 110-head Belted Galloway herd is by far the largest one in Quebec, Dufour says. Most other producers only keep small 20-head herds.

About half the couple’s animals are registered as purebreds, Dufour says. Since there are so few of them left in the world an animal has to meet rigid criteria before it can be registered into the herd book. Their Wikipedia entry states that its white belt has to completely encircle the animal and it can’t be any other white besides the belt to qualify. Black Belted animals are the most prominent variety, but Dun and Red Belteds are also recognized by breed societies.

“We bought our first 25 purebreds from a farmer in Ontario who was getting rid of his herd and purchased more from a farmer from the Beauce (an area of Quebec south of Quebec City),” Dufour says. “It’s such a rare breed that it’s been a real challenge to build genetic diversity into our herd. So we’ve researched the family trees of every animal we own to make the best breeding choices. It’s also the reason why we artificially inseminate part of our herd every year even though we have a great bull.”

Even though Filion and Dufour had made the decision to raise exotic looking animals they didn’t want their operation to just be a pretty postcard. They wanted to have a viable operation raising and selling beef as well as breeding stock. So they had to find a way to earn a living with the animals.

Fortunately, Filion says, that’s where farming in a tourist area really helps. Many of restaurants in the region feature their meat on the menu. Their farm is even listed on “La Route des Saveurs,” a map of agrotourism sites in the region put out by the tourism association. It draws in a steady stream of customers to purchase beef. 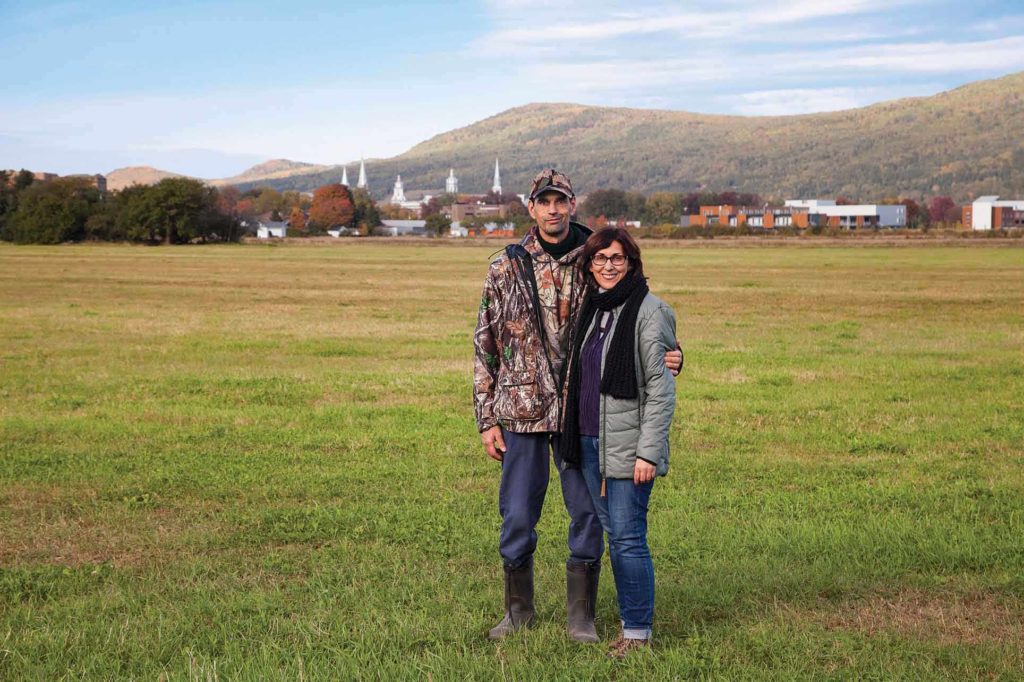 “We can raise our animals really cost effectively on a grass diet but our business plan only works because we are in a tourist area.”

Their farm also fit in with the Charlevoix regions broader tourism plan to promote the region as an agrotourism destination as well as for the hiking, skiing, and camping opportunities in the surrounding hills and mountains. It gives tourists something specific and special that they can come to see.

“Tourists take pictures of our cows in the paddocks and see our beef on the menus in restaurants, Dufour says. “It gives them something new and interesting to try. So chefs can market our beef as a gastronomic adventure for their clientele. They’ve been very open to working with us.”

Keeping their restaurant customers supplied with a constant supply of fresh beef has changed the way they breed their animals. Most beef operations like their cows to be bred in as tight of a window as possible so all their calves can be shipped to a feedlot at once. But at Ferme L’Oiseau Bleu cattle are bred continually throughout the year so they have animals reaching slaughter weight every month. Fortunately the couple’s dairy background made that an easy adjustment.

The breeding schedule allows them to have a constant supply of fresh meat on hand to sell to clients who want to buy right at the farmgate, Dufour says. They only sell baskets of their meat instead of individual cuts so though don’t get overstocked with the less popular cuts of meat.

“Many of our clients come back again and again because they know us and trust the meat we are selling,” Dufour says. “Not just locals either; for the past six years, we’ve had vacationer clients from all over stop to buy meat to take home. It’s not uncommon to have customers load our meat in with their skis in their rooftop carriers to keep it cool in the wintertime.”

“I know beef producers in other regions will question our decision to raise such a slow growing breed but it works well for us,” Filion says. “We can raise our animals really cost effectively on a grass diet but our business plan only works because we are in a tourist area. It wouldn’t work if it was located in the middle of no where.”