There’s an old saying about airing your dirty laundry, something about it being a bad thing to do in public. But Blake Vince has no problem airing his own dirty underwear—and he encourages farmers around the planet to do the same.

Vince farms in southwest Ontario, but he has convinced farmers from Iowa to Australia, Canada to the European Continent to bury their unmentionables in order to learn about life in the soil. It’s an Internet sensation—Vince and his colleagues with the Innovative Farmers Association of Ontario created #soilyourundies, a hashtag used to fuel the phenomenon on social media. If you don’t know what a hashtag is, or why it is so cool, you may want to check with your kids. Or grandkids. But trust us, if it is on Twitter, it is probably important.

Perhaps a life-changing experience, according to Vince. “A farmer never looks at soil the same way again,” he says. “It hits them instantly—there is something going on down there.” 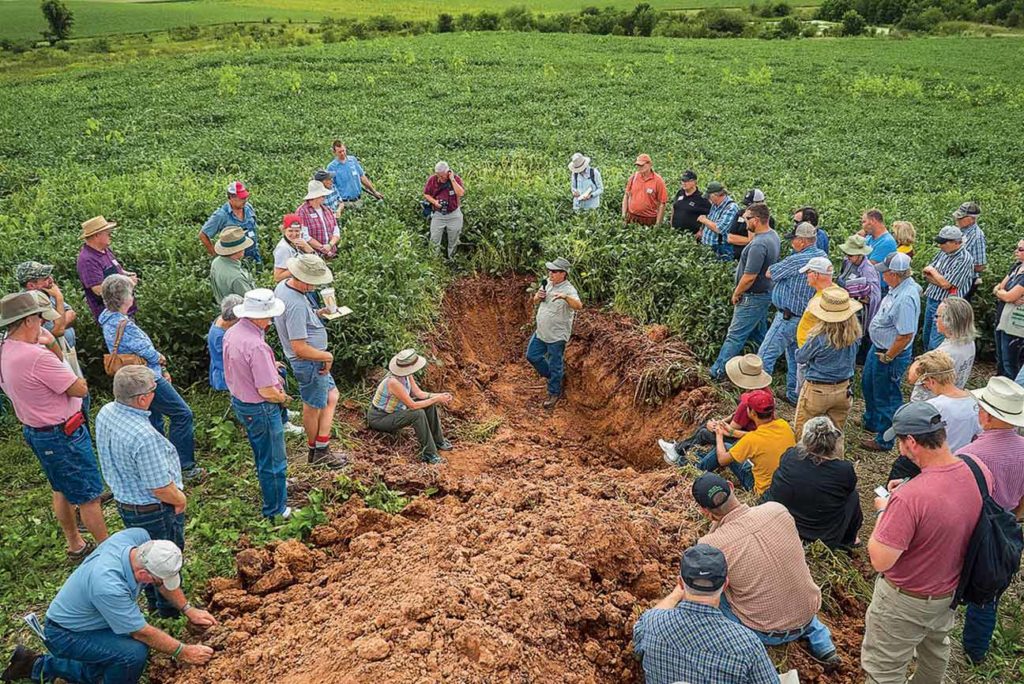 Eat my shorts. What’s going on down there is microbial activity, and burying underwear is simply an irreverent way to measure it. Finished cotton is about 99% cellulose, and cellulose, in simple terms, is just a polymer made up of a long chain of glucose molecules. So a pair of men’s briefs serves as a dinner buffet for the mysterious array of creatures that make their home below our feet.

A noted rhizosphere ecologist, scientist Jill Clapperton, points out that the underwear test can be both humorous and valid as a comparative test of soil health. “It’s something you can use as a benchmark,” she says. “You can compare your fields that have cover crops with those that did not. Or you can compare your no-till fields with the conventional tillage fields on your neighbor’s land. Just remember, if your neighbor catches you burying underwear in his cornfield, you may have some explaining to do.”

An Ontario 4-H member, Michael Jones, did such comparisons as he brought the underwear test to the inaugural 4-H Canada Science Fair. He weighed the underwear after retrieving it from a couple of months spent underground, and calculated the percentage taken by soil microbes.

He found that 45% of the underwear had been consumed in a field that featured a long rotation of alfalfa, corn, and no-till oats; a conventional tillage field with corn and multiple years of soybean crops had only 2% of the underwear missing. The results wowed the judges at the science fair, and young Jones was chosen to represent 4-H Canada at the 2016 Canada-wide Science Festival held at Montreal’s McGill University. He didn’t win that competition, but he put agriculture on the map with an unforgettable presentation. “It was fun,” Jones recalls. “I got to make a lot of new friends.”

Check for stains. Adults are now getting in on the fun. Southwest Iowa farmer Chris Teachout and his family hosted a Practical Farmers of Iowa field day in the summer of 2017, using the underwear test to lead into discussions about soil regeneration. 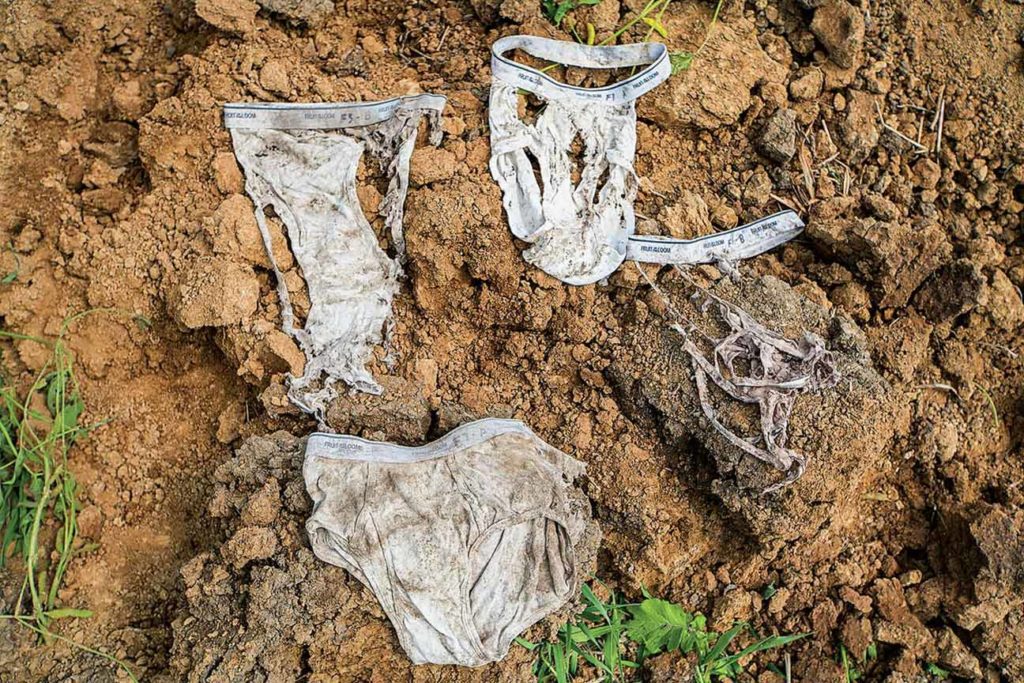 Teachout compared the degradation under long-term no-till plus five years of cover cropping with other soils on the farm under no-till production, but without the cover-crop component. “The underwear clearly points out how cover crops really get the soil biology going,” he says, pointing to the most degraded pair of briefs.

He also observed that the underwear where biological activity is the greatest retains its tidy white looks; areas with less activity quickly take on a brown, stained look. “In the biologically active soils, there are biotic glues keeping nutrients in place,” he says. “Stains come about because the nutrients are leaching. The stains are caused by a leaky system, so to speak.”

You can test your soil health, and have a little fun, without much cost. You’ll need a new pair of white 100% cotton briefs (no dyes or polyester blends); a shovel; and a marker flag. Bury the underwear in a narrow trench in the top 6 inches of soil, leaving a little of the waistband sticking out along with the flag so you can find it again. You might add an identifying number on the waistband if you’re comparing several fields.

Leave underground for a couple of months during the growing season, carefully remove and rinse off the soil. And be ready to share a chuckle as you share results with neighbors.