Lofty goals—like improving soil health—are easier for farmers to achieve if they can mark their progress. The growing demand for just such a ‘stake in the ground’ hasn’t gone unnoticed by university researchers and private industry, and a half-dozen soil health tests are either already available or in the making.

The Haney Soil Health Analysis is the most popular of these tests and is currently being run by seven commercial soil testing labs. The test combines measurements of a soil’s biological and chemical properties to come up with a soil health score ranging from 1 to 50 and then  provides cover crop recommendations to improve scores.

“This score serves as a benchmark for where your soil is now and retesting annually tracks benefits to soil health that result from changes like moving to no-till, adding to the crop rotation or utilizing cover crops,”  says Lance Gunderson, soil health specialist at Ward Laboratories in Kearney, Nebraska. 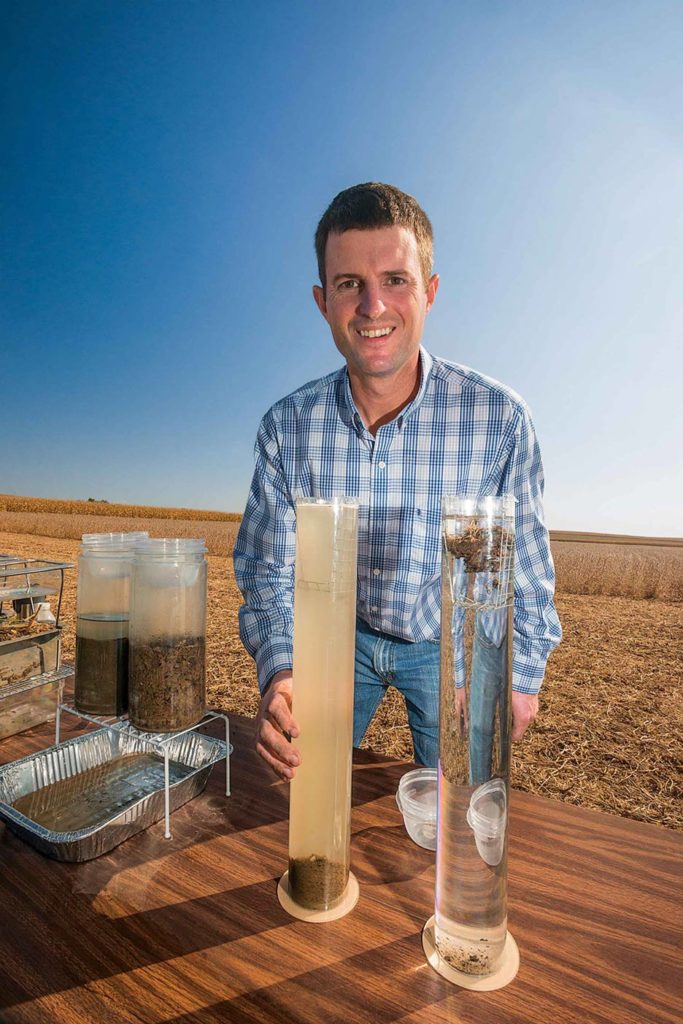 Aaron Hird, with USDA-NRCS, is working with farmers to understand and monitor soil health.

“Use of the Haney test—which costs $49.50—has increased rapidly and we’re running about 15,000 per year,” adds Gunderson. In most labs the Haney test is combined with a second soil health test—the Solvita CO2 Burst test. This test measures CO2 respiration which indicates the microbial biomass present in the soil.

The goal of the Haney test is to have a score above 7 that increases over time. Despite no-tilling for 21 years and the limited use of cover crops for nine years, nearly half of Albers’ fields were near or below that level.

“We were using a wheat/double crop (milo or sorghum sudan)/full season milo rotation and were baling all the residue after the milo harvests, so we weren’t returning crop residue for the soil microbes. Now, we’re planting cover crops in the wheat stubble and no longer baling the crop residue, though we do graze it lightly over the winter,” says Albers.

On the fields with the lowest health score, Albers made the decision to remove grain production completely. “We’re growing nothing but cover crops—mainly mixed species of clover—on those fields for two years to improve the soil. We know the benefits will be slow to pay off, but we’re convinced we’re doing the right thing,” he adds. 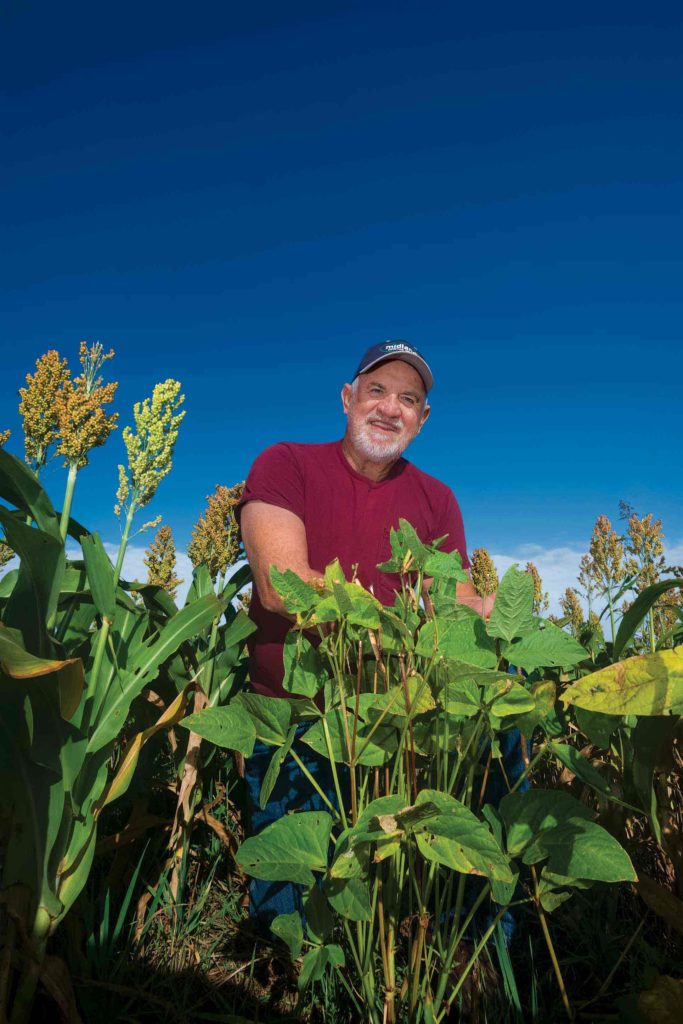 Kansas farmer Gene Albers is learning to use a pair of soil health tests to measure the impact of leaving more crop residue on his fields and incorporating cover crops into his crop rotation.

Other tests. One limitation of the Haney test is that it doesn’t consider the physical aspects of soil quality like aggregate stability, water infiltration, soil compaction and other factors. Cornell University’s Soil Health Assessment includes some of those factors, but a long turn-around time limits its practical use.

Aaron Hird, USDA-NRCS soil health specialist in Nebraska, and others in NRCS are working to identify the resource concerns and develop tools and techniques to also help farmers monitor and improve soil health.

“We’re working with 17 farms across the state to demonstrate soil health management systems and the use of monitoring tools like the Haney Test — along with the assessment of eight or ten other dynamic properties to document improvement,” he says.