Corn in 60-inch rows? Research shows it's not as crazy as it sounds.

Corn in 60-inch rows? Research shows it’s not as crazy as it sounds.

Today’s conventional wisdom says narrow rows, perhaps as tight as 12 inches, are the next step in boosting corn yields. So if you are a traditional cash-grain corn grower, this story probably is not for you.

If, however, you are a fan of building soil health with cover crops, or if you have livestock that could benefit from additional grazing, hold on to your hat. Bob Recker says you might want to take a walk on the wide side.

Wide open. “You can leave half your cornfield space open by turning off every other row on your planter and doubling the per-row population,” says Recker, who runs Cedar Valley Innovation (CVI) in Waterloo, Iowa. These wide rows provide a generous area for improving soil health, managing runoff, providing a traffic lane for high-clearance applicators, or getting a jump start on grazing. “The kicker is, our 2017 plot data found no statistically significant yield penalty for wide rows,” he adds.

If you think wide-row corn sounds like a crazy idea—well, Recker embraces the thought of studying a crazy idea or two each year. He started CVI after retiring from a 41-year career at John Deere, where he spent his latter years pushing the leading edge in the advanced engineering department. 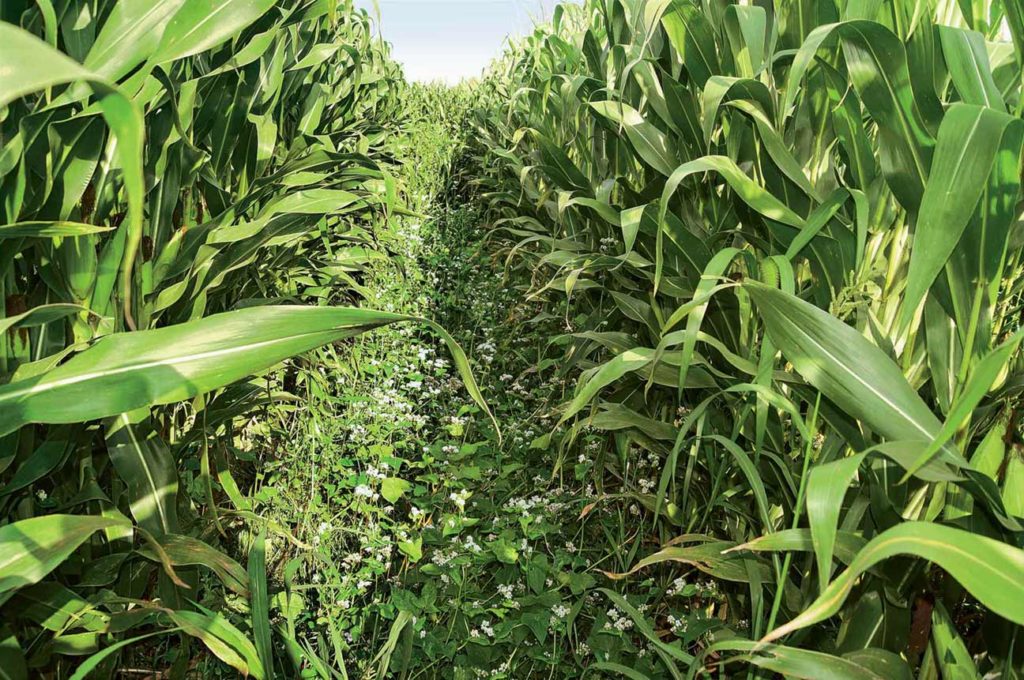 He suggests that corn growers take a page from the corporate approach to research and development by allocating a similar amount of resources to R&D. If that corporate benchmark is 4% of sales devoted to R&D, for example, a 1,000-acre corn farmer might devote 40 acres to research.

Recker then recommends that growers devote 36 of those research acres to incremental studies; perhaps comparing a new hybrid or a new nutrient application strategy. But he wants 10% of the research area (or 4 acres) devoted to “advanced practices,” which are out-of-the-box ideas where failure is not only tolerated, but is seen as a necessary part of learning.

Mr. Sunshine. These advanced agronomy practices are a major focus for CVI, and a series of out-of-the-box studies have led Recker to become intrigued with wide-row corn.

He admits that, since his retirement from Deere in 2008, he has been obsessed with learning how a corn plant harvests solar energy. He reviewed the edge effect, the fact that corn growing in the row at the boundary of a field, where sun exposure is not limited, tends to produce higher yields. With some tweaking, mostly by boosting population in the edge row, Recker could regularly make those specific rows produce 400 bushels per acre in
a field that averaged 200 bushels. 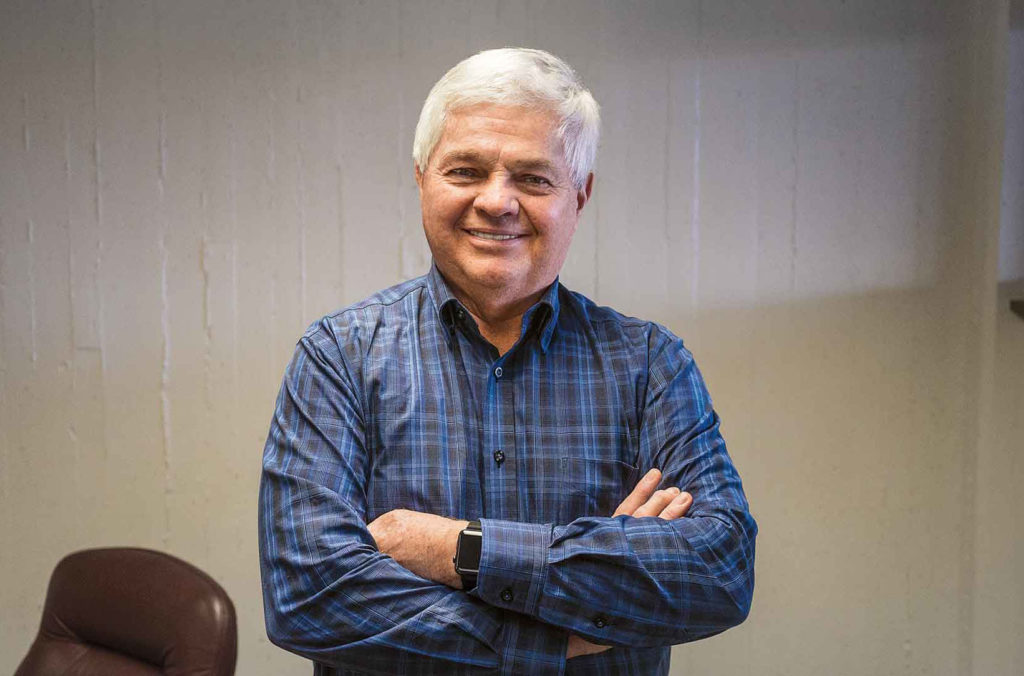 “Being an engineer, I wanted to figure out how to bring this advantage to the entire field,” Recker says. So, in recent years, he focused on finding an optimal population as well as how much space between rows would be the right amount to maximize the sunlight harvest. Based on those studies, he went into the 2017 crop year convinced that planting four-row strips— boosting population on outside rows, then skipping a row—would be ideal.

A former colleague chided Recker about planting corn in wide rows, as was popular in the early days of Iowa corn production. “I tried 60-inch rows, almost as a dare,” he says. “I was convinced they would fail.” When the combine rolled through his experimental plots, however, the weigh wagon convinced Recker otherwise. The corn in 60-inch rows, where he boosted the population to 68,000 seeds per acre—equivalent to the 34,000 seeds per acre used in the conventional 30-inch rows—matched the baseline field yield of 230 bushels per acre.

Between the rows. Loran Steinlage, a CVI collaborator based in West Union, Iowa, tried the wide side by shutting off rows 2, 5, 8, and 11 on his 12-row planter, resulting in a 2 row, skip 1 configuration; he then bumped the population to 54,000 for this 1-acre plot. Steinlage used his home-built 30-foot interseeder to drill a mix of annual ryegrass, buckwheat, oilseed radish, chickling vetch, and dwarf Essex rape when corn reached the V4 stage.

The result was a lush companion crop and no yield loss for the corn crop. “The possibilities for grazing or building organic matter get a lot of folks excited,” Recker says.

His cedarvalleyinnovation.com website tells how to set up a study. Several growers already plan to take a look at the wide side in the coming year.

You're never too old to learn something new!