There’s a time, usually when Planet Earth is teetering on the brink of destruction, that humankind looks for a superhero to emerge from the shadows. These characters arrive larger than life, usually in a blaze of glory and a gaudy costume, just in time to save the day.

There’s a new superhero who has emerged recently, but this one shuns the spotlight. She’s also one of the smallest creatures ever to be endowed with a set of superpowers.

Mini Microbe. Introduced by the USDA’s Natural Resources Conservation Service, Mighty Mini Microbe is a comic-book hero—actually, to be precise, a coloring-book hero—whose real-life counterparts use their super powers every day to keep life humming on this planet. The agency recently introduced Mini in a 24-page coloring book, hoping to encourage the next generation of soil-health farmers, conservationists, and scientists as they further unlock secrets in the soil.

“While the characters are fictional, there is solid science behind the narrative,” says Ron Nichols, author of the Mighty Mini Microbe’s Tale coloring book. Nichols also led NRCS soil health communication efforts before his recent retirement. 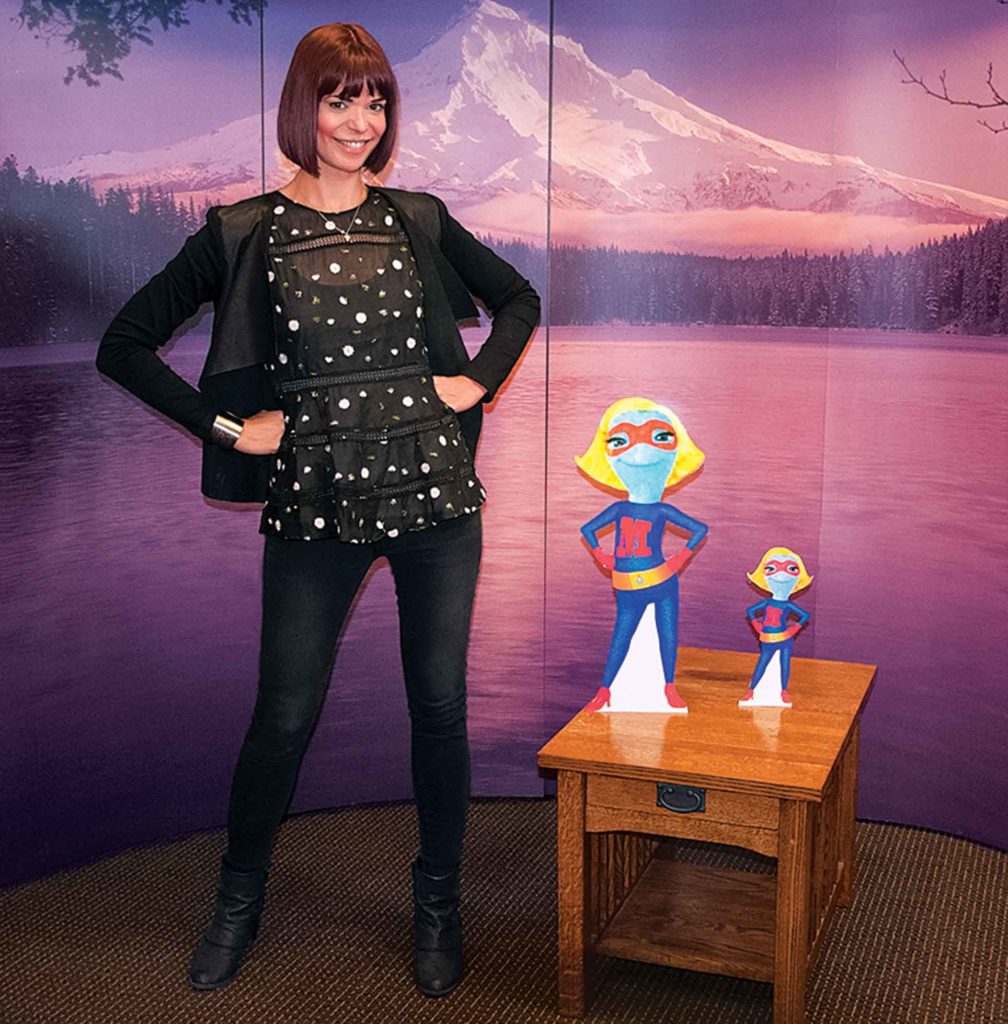 Mini’s adventure is the latest installment in the USDA’s award-winning awareness and education campaign called Unlock the Secrets in the Soil. That campaign targets its messages not just to farmers, but to a broad consumer audience as well, reaching out with such things as Public Service Announcements on radio and television stations along with messages on billboards and other outdoor venues.

While the PSA spots often are lighthearted, the message is serious. “Understanding the elegant symbiosis of our soil ecosystem may well be the key to our survival as a species on the planet,” Nichols emphasizes.

Microbe-itude. Introducing Mini and her band of soil superheroes in a coloring book helps deliver this concept to a wider (and younger) audience. But there’s a catch: How do you illustrate a universe of soil life that exists—unseen—below our feet? Taking on that challenge was an NRCS public affairs specialist, Cat Bailey, based in Portland, Oregon. She called on her training at the Ringling College of Art and Design, a Florida institution that is on the leading edge of technologies such as computer animation. “Mini presented a lot of design challenges,” Bailey recalls. “She’s not visible to the naked eye, so how do you make her a fun character that kids can relate with? I thought it was important to come up with a character that kids could relate with in a positive way.”

Eventually, Mini took shape as a superhero. “The superhero persona is popular at the moment, with movies such as Wonder Woman,” Bailey says. “With all the super stuff that microbes do for the soil, how could you not make Mini a little superhero?”

The “shape language” that Bailey used to create Mini includes a bit of an attitude. “We call it ‘microbe-itude,’” Bailey says. “She is spunky, and ready to share the story about soil health.”

Winning ways. The USDA’s “Secrets in the Soil” campaign has found an audience willing to learn about this often-overlooked resource. “We’ve been pleased with the response that our soil-health message has received at TV and radio stations across the country,” Nichols says. As of the beginning of 2018, USDA had received free broadcast exposure for its PSA announcements that exceeded $12 million in value, producing more than a billion total consumer impressions.

The campaign has received some high accolades, including a 2017 Silver Anvil award from the Public Relations Society of America, recognizing the campaign with its highest honor in the public service category. 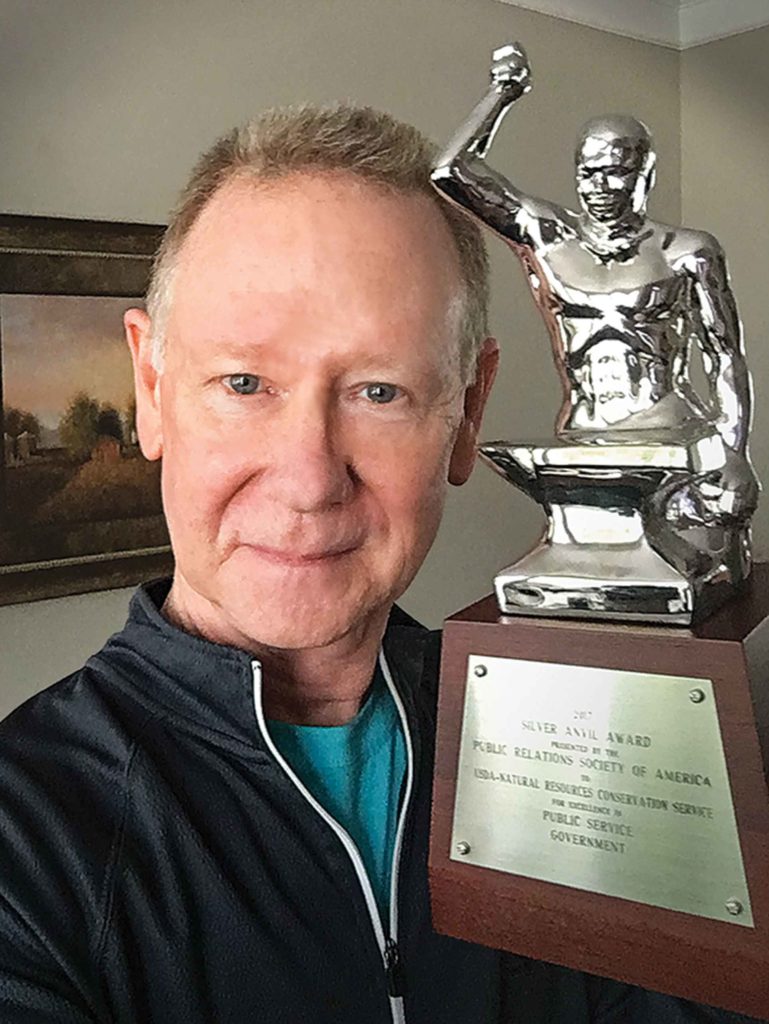 “With the average consumer now three generations or more removed from the farm, it may seem that soil health would be a hard sell to a non-farm audience,” Nichols says. “But we’re finding that people see soil as a tie that binds us all together. They respond to the message that our nation needs to care for the health of the soil that ultimately takes care of us.”

Mini’s message. In her coloring-book adventure, Mini Microbe speaks directly to kids (and their parents) about the super powers that microbes perform in the soils below. “Just because you can’t see us, doesn’t mean you don’t need us,” she reminds her readers. Mini points out that microbes can help protect plants from pests, make nutrients available to plants, and build soil so roots can go deep into the ground, where they are able to acquire the water that plants need.

But Mini also is quick to give credit to farmers who are serious about soil health. “Be sure to say ‘thank you’ to the farmers who feed and protect us,” Mini tells her readers. “In my opinion, they are the real superheroes.”

Reaching out. You can find Mini’s coloring book by visiting the NRCS website, nrcs.usda.gov; the site offers many resources to help young people learn more about soil superheroes.

And Mini is expected to star in an animated PSA for television, as well. “The sky is the limit for Mini Microbe,” says her designer, Cat Bailey. “I’m looking forward to seeing where she goes from here.”