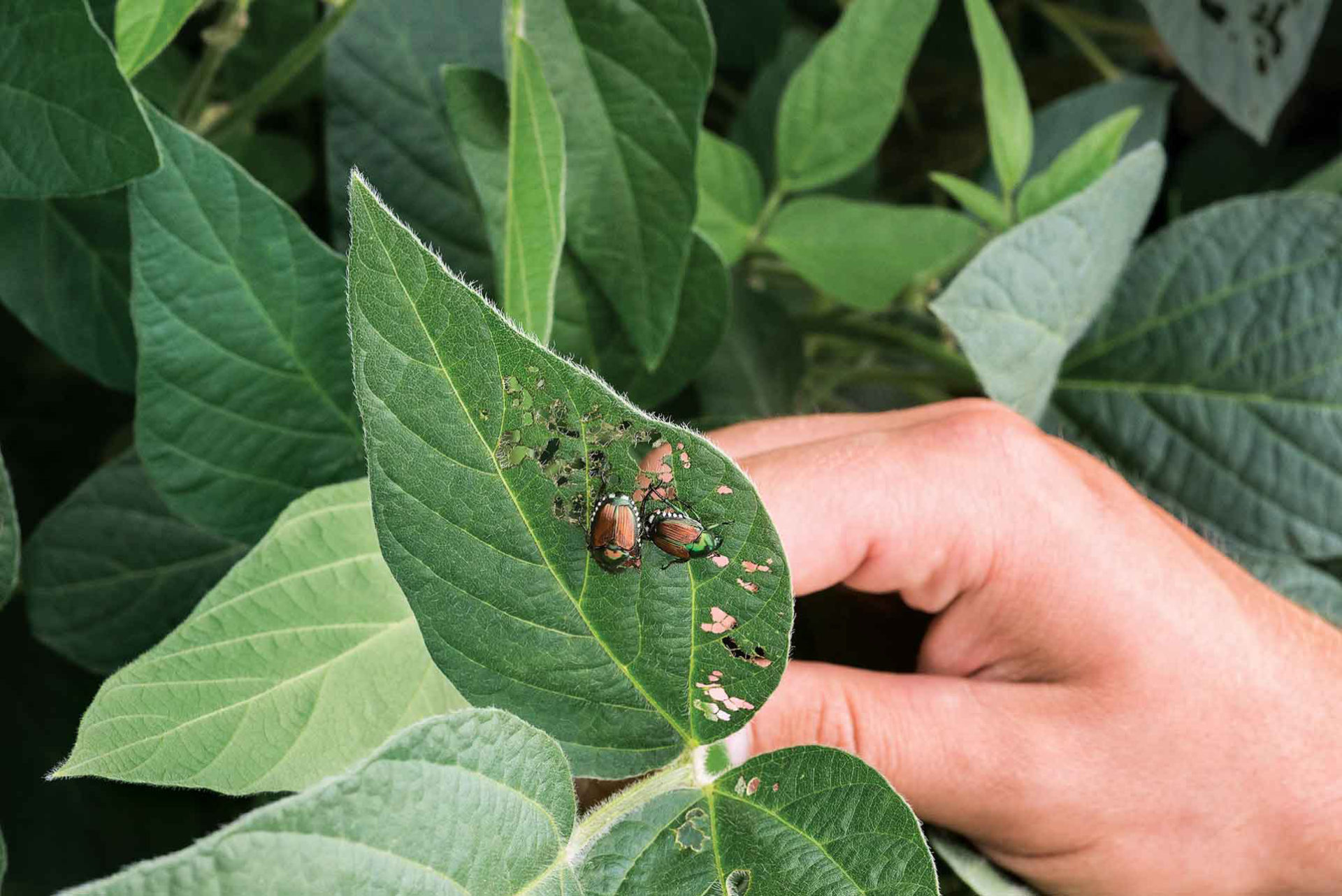 Plant leaves are the factory that uses energy from the sun to make sugar that ultimately fuels plant growth and grain production. This magical process of photosynthesis is obviously  vital, and most farmers are quick to respond to something tearing holes in the factory-—but entomologists believe some may respond too quickly.

“Farmers typically overreact to leaf defoliation by applying an insecticide either before it’s needed or when it may not be needed at all,” says Justin McMechan, entomologist at the University of Nebraska. “A soybean canopy can sustain the loss of 30% of the leaf area in the vegetative stage —and 20% in the reproductive stage— without any yield loss, so growers need to understand the real threat.”

“It’s easy to overreact,” adds fellow Nebraska entomologist Tom Hunt. “Most defoliating insects work in the new, more tender leaves at the top  of the canopy, so as you walk into the field the top leaves may look devastated. However, this can actually allow more light to penetrate to middle and lower portions of the canopy so photosynthesis on those leaves is increased, which may offset the loss at the top. A small amount of injury can even increase the yield.”

Hunt explains that soybean yield is a function of the amount of light intercepted by the leaves. The surface area of leaves on a plant is measured by its leaf area index. If all the leaves
of a plant were laid side by side over the area covered by the plant, the leaf area index would be one. Additional leaves would then make a second, third, and fourth layer, the index would increase accordingly. 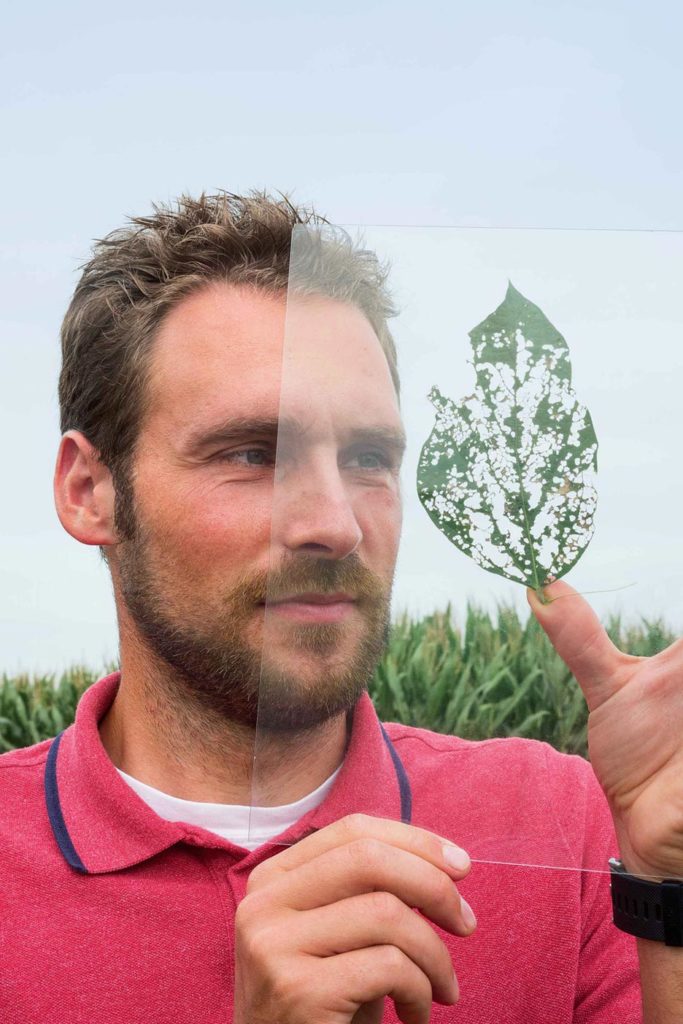 Measure damage. Unfortunately, analyzing the leaf area index to determine the amount of defoliation
is difficult and expensive. “Researchers can do it in a lab with specialized equipment, but it’s not practical for growers in the field,” says Hunt.

Instead, entomologists in soybean-growing states have agreed on a simple method to estimate the level of defoliation. “We suggest going a short distance into the field—to avoid the heavier damage typically present on the edge—and removing a trifoliate leaf from the top, middle, and lower third of 10 randomly selected plants.  Discard the most and least damaged leaflets from each trifoliate and compare the 30 remaining leaves to a
visual guide to compute the average defoliation. Repeat this at four other locations in the field to get an accurate estimate,” explains McMechan.

Visual guides to compare defoliation are available from many university  Extension service offices. University
of Minnesota entomologist Robert Koch has also posted a defoliation guide on the internet which can be found by searching defoliation at soybeanresearchinfo.com.

“The guide was taken from the training software Defoliation Pro and shows leaves with 5% to 50% defoliation from three insects—bean leaf beetle, Japanese beetle, and green cloverworm. Once growers or consultants are trained, they can usually simply eyeball the damage while walking the field without the use of a visual guide,” says Koch.

Identify insects. Grasshoppers, cabbage and soybean loopers, armyworms, and a variety of caterpillars often add to the list of defoliating insects.  “Defoliation is often caused by more than one species, and rarely does any single one reach a population that warrants treatment, so that’s why we use defoliation as a threshold rather than insect  populations,” says McMechan

Despite that, Koch believes it’s still important to know the pests that are present. “It’s a good idea to pull a sweep net through the canopy to make sure the insects are still present and to make a more informed choice in the method of control,” adds Koch.

Several smartphone apps, including Scoutpro (from Iowa State and Kansas State Universities) and Purdue’s Soybean Field Scout, can help to identify defoliating insects. Japanese beetles (shown below) and thistle caterpillars have raised the greatest concern in recent years. The Japanese beetle is moving west and north out of the eastern Corn Belt and has demonstrated an ability to overwinter in new areas. Most other defoliating insects are migratory, so the threat from these pests typically varies with weather conditions in southern states.