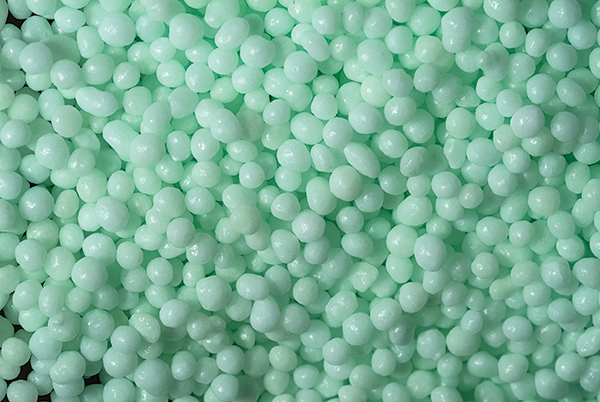 It’s a sobering fact that less than half of the nitrogen that farmers apply is actually utilized by the crop. Data on Oklahoma State University’s Nitrogen Use Efficiency website (nue.okstate.edu) estimates only 33% of what’s applied to cereal crops worldwide is utilized. Even researchers struggle to utilize more than 50% of applied nitrogen in carefully controlled test plot situations.

Split applications of nitrogen are one way for winter wheat growers to increase nitrogen use efficiency (NUE). However, dry winter and spring conditions in recent years have frustrated their efforts to get nitrogen from surface-applied urea or UAN to the crop’s roots prior to the critical jointing stage. Oklahoma State University soil fertility specialist Brian Arnall thinks it’s time for some ‘out of the box’ approaches to overcome this problem.

“Just getting nitrogen into the soil immediately decreases the opportunity for losses and we’ve found that one way to do that with minimal soil disturbance and crop damage is with a grain drill or airseeder—likely the same tool that was used to plant the crop,” says Arnall. “The results from two years of testing at several locations are promising and several farmers have picked up the practice.”

How nitrogen is lost. Under the right conditions dry urea can be lost through ammonia volatilization. “The loss can range from only 5% up to as much as 60% and is greatest when conditions after application are warm and windy with some moisture, such as a wet soil, a heavy dew or a very light rain,” says Arnall. “It takes about one-half inch of rain to move the dissolved urea into the soil.”

However, without that rainfall, volatilization occurs as the urea prill melts and is attacked by the soil enzyme urease, which converts the nitrogen to NH3—a form that can be lost as a gas. Under favorable conditions, NH3 is quickly absorbed by nearby soil particles and transformed into a stable NH4 form. The previous chart shows the amount of ammonia volatilization Arnall’s team measured from various nitrogen products and application options. 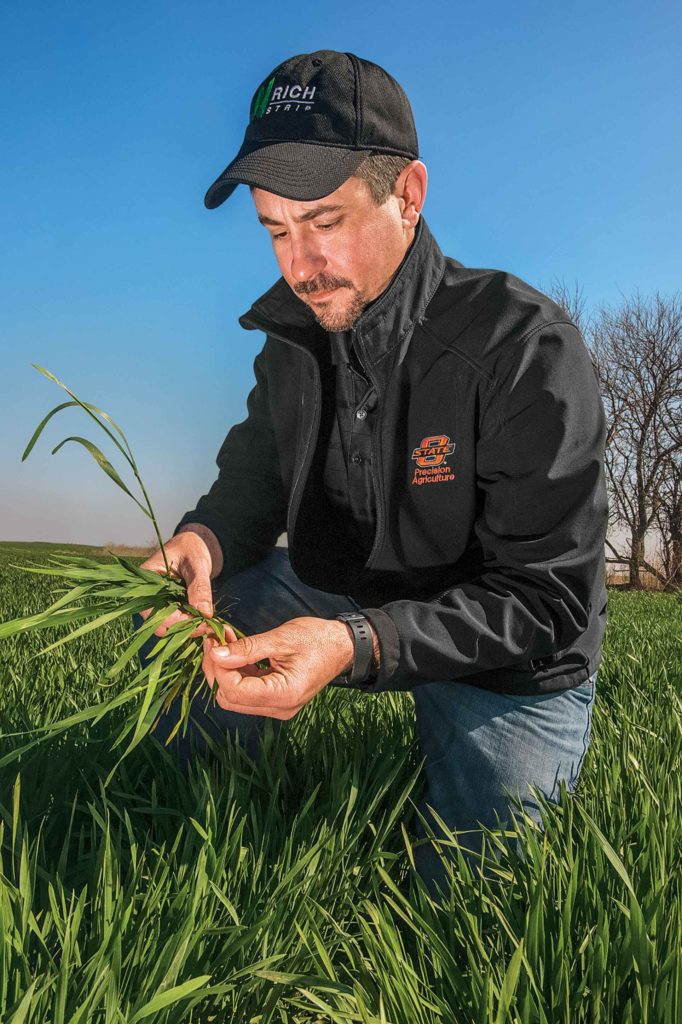 Oklahoma State’s Brian Arnall is helping wheat growers cope with dry conditions that make it difficult to get broadcast nitrogen to their crop.

Unlike urea, ammonium nitrate is already in the NH4 form so it’s not subject to volatilization. Super U is a proprietary nitrogen formulation that combines a urease inhibitor and nitrogen stabilizer. “The chart shows that putting the urea in the soil with a grain drill reduced nitrogen loss significantly,” says Arnall.

Equipment options. Arnall compared a double-disc conventional drill and a single-disc no-till drill applying 60 pounds per acre of nitrogen as urea. “The first year we found if conditions were conducive to urea volatilization then the application with a grain drill improved the yield significantly. Broadcast urea came in at 32 bushels per acre; the double-disc drill at 42 bushels and the single-disc drill at 47 bushels. However, when the loss potential was low there was no difference in the application practices,” he says.

In a second location that year, the single-disc drill had a 7 bushel-per-acre advantage over the double-disc drill where volatilization was likely and no difference where it was not. “We found the double-disc drill failed to close the slot over the fertilizer in some soil conditions, so performance was reduced. The second year of our study was a drought so there was no response,” adds  Arnall.

Slapout, Oklahoma, farmer Jordon Shearer followed Arnall’s research and gave it a try last season—though not actually in growing wheat. “We applied urea with a no-till drill prior to planting cotton because it was extremely dry and we didn’t want to lose it by leaving it on the surface. We also didn’t want to destroy what residue cover we had with more intensive incorporation,” says Shearer.

“You do wonder about the additional wear on the drill, but it worked very well. Calibration equations developed by the OSU researchers were right on the money,” he adds.

“Many grain drills don’t have a fertilizer box, so farmers needed to know what setting to use on the grain metering system to apply the right amount of fertilizer. We answered those questions by creating general calibration curves for both urea and DAP (18-46-0),” explains Arnall.

For more on this topic and  calibration curves for your specific drill go to the website osunpk.com and search for ‘grain drill grain box fertilizer results’.

“We have a good life here and we want everyone to have the same."