Through the fog, a scene appears that—apart from the stainless steel of the chutes and the aluminum boats in the background—evokes the Middle Ages at this very same pond. A circle of men in hip waders and felt hats closes in on thousands of fish, gathering a massive net into a tightening noose. Silver scales flash faintly in the milky light.

A round wire cage dips into the writhing mass, emerging from the pond with a whoosh of falling water and the thump-thump of heavy fish hitting the chute and sliding to the sorting table. Men call out in Czech as they pitch oversized carp into barrels, but overall, it’s strangely quiet.

There’s more noise from the workers in the back of a re-purposed military truck, warming up by a stove. They’re laughing on a cool October morning, fortifying themselves for the bone-chilling harvest with nips of plum moonshine, much as their grandfathers’ grandfathers probably did.

Fresh carp. The lake sits outside the Czech village of Borek, one of 460 fish ponds dug in the 16th century by a wealthy family in a section of South Bohemia called the Trebon Basin. The fish ponds are recognized by UNESCO, the United Nations Educational, Scientific, and Cultural Organization, as a heritage site. But to the people of Borek and the nearby city of České Budêjovice, it’s an important business venture that has helped support the rural region for centuries. And for shoppers at street fairs all over the Czech Republic, it’s a source of the fresh carp that will be dipped in milk and lemon juice, then battered and fried for a traditional Czech Christmas meal.

Jiri Stanek, manager of effort for the Forests and Ponds of the City of České Budêjovice, explains that 90% of the fish harvest is carp, which is native to the area. The rest is pike, perch, and bass.

Harvest is the culmination of a five-year aquaculture cycle.

Getting a fish from the egg to 3 inches in length takes two years. Those small fish are transferred “from nursery to kindergarten,” Stanek says through a translator, where they spend another year more than doubling in size to 8 inches. Then they go to the last lake, where they spend two more years growing to market size—about 4 to 5 pounds in weight and about 1.5 feet long, on average. 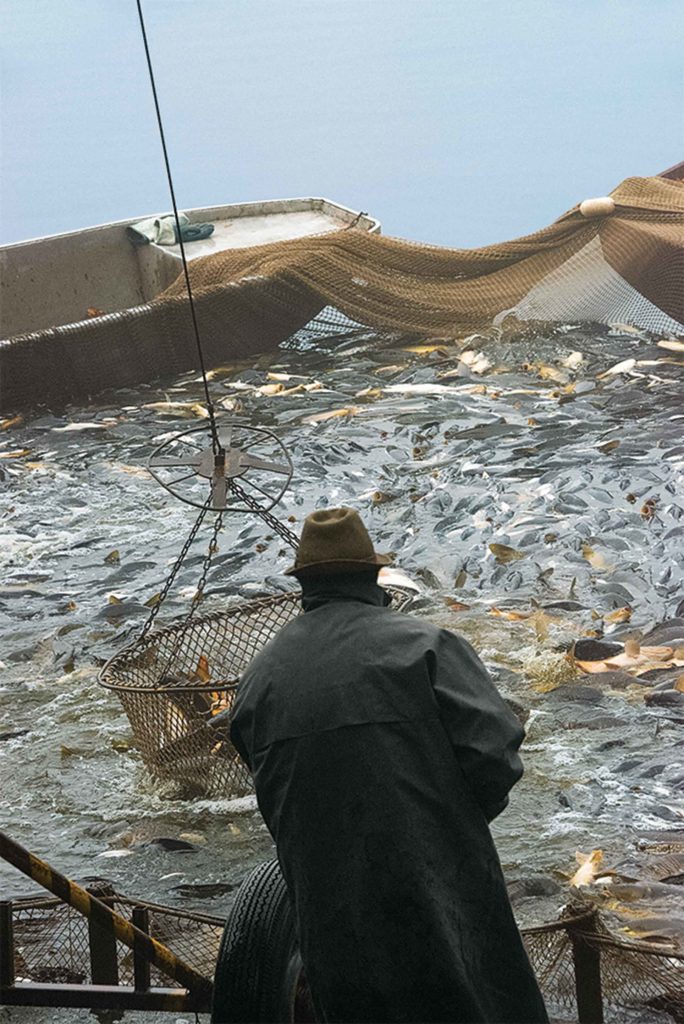 Another net loaded with carp emerges from the pond.

Human touch. Carp tend to grow with minimal management, notes Stanek, assuming they can swim out of reach of the local cormorants—diving birds that took 40,000 of his fish one year.

“The most important intervention done by humans is to reduce or increase the number of fish so it works out to optimum,” he says.

Beyond that, most of the management is dedicated to nurturing the growth of plankton that the fish eat. That requires manuring the water to create a green soup that would horrify conservation-oriented farmers, but which is pure heaven for carp. Occasionally, the fish farmers manage pH with applications of lime.

“The natural feed for this type of fish is plankton, but they also add some grain, which is a source of starch so the fish grows,” he notes. “Plankton is a source of protein.”

Rye, wheat, and triticale—fed whole to large fish and milled for the smaller ones—provide the starch for Stanek’s fish.

“It’s pretty environmentally friendly because the meat we produce is made of something that’s naturally in the pond,” Stanek says. “We only add some grains.”

If all the right balances are maintained, Stanek’s team of local farmers and forestry workers will gather half a million pounds of carp per year. That’s an average production of 320 pounds of fish per acre across all their ponds. 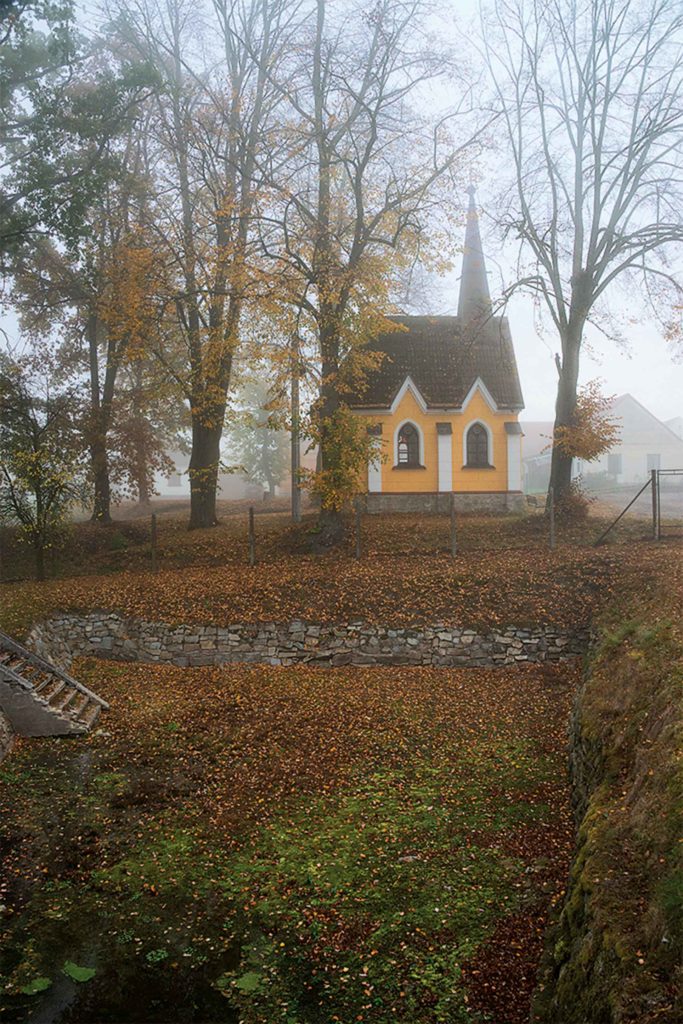 The tiny church in Borek sits next to the village’s finishing ponds.

Changing market. At the edge of the lake, tubs of fish are poured into a tanker truck for the short ride to Borek, where they are let loose into stone-lined tanks—also built during the town’s medieval development boom—that serve as a sort of reverse feedlot. They’ll spend a month or two in algae-free water without feed, a process that improves their flavor.

Soon the fish will flow to markets all over the Czech Republic, where shoppers will size them up as they swim in huge barrels on the street. Some buyers will go the traditional route, bringing home live fish to swim in the bathtub until Christmas Day. A growing number will have the fishmonger kill and gut the fish on the street, simplifying things at home.

Though the market is modernizing, the aquaculture is a constant.

“It’s the same as it was in the Middle Ages,” says Stanek. “Only the materials in our boat change.

Connecting markets with farms elevates the value of U.S. wheat.