Flax for Feed and Fiber

Western crop could be a profitable alternative in Quebec's Bas St-Laurent region.

Flax for Feed and Fiber

Western crop could be a profitable alternative in Quebec’s Bas St-Laurent region.

Fields of lavender-colored flax flowers are a common sight across the Canadian Prairies in July and they soon could become a familiar part of the summer landscape in the Bas-St-Laurent region of Quebec. The crop appears to be uniquely suited to the region. Researchers and farmers have found when they plant Western Canadian oilseed varieties in the region their climate causes the straw to produce long fibers similar to those found in the varieties that are grown in Europe. So potentially this will allow Quebec growers to sell both flaxseed and fiber.

Industrial uses. “Our yields and quality are comparable to the flax grown on The Prairies but the straw was very different,” Côté says. “But our fiber’s size and strength are very similar to the flax used for thermal plastics and insulation in Europe.” 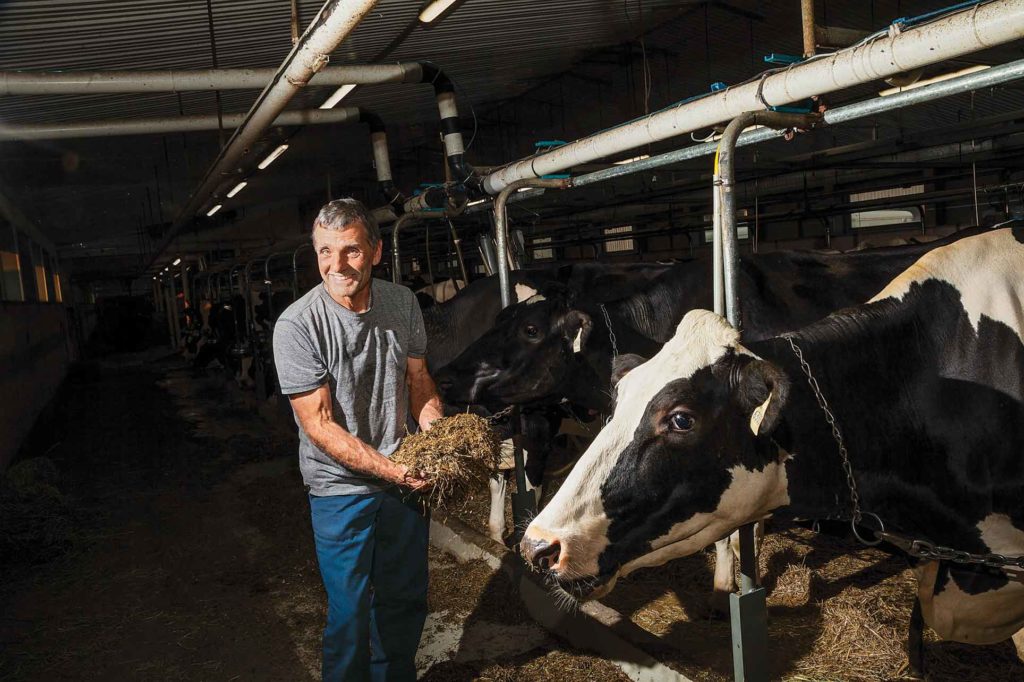 Jean Côté includes 500 grams of flax per day in the dairy ration he feeds to all the mature cows in his herd.

Côté joined a delegation that brought samples to a group of French and Belgian suppliers who had come to Toronto in 2016 to develop fiber markets in North America. The Europeans were so impressed with the quality of the fiber that they were willing to sign contracts for 2000 tonnes of fiber on the spot. But growers had to decline because they couldn’t supply the volume they required.

“We have to work on a smaller scale,” Côté says. “Our group hopes to bring a small processing plant to the region that can convert the flax fiber into a raw material that can be used to manufacture a variety of products.”

Producers wanting to supply fiber would harvest their flaxseed with standard small grain harvesting equipment. Afterwards they would leave the straw residue out in the field and allow soil bacteria to start to breakdown the cellular tissue and pectin in the straw. The process, known as retting, makes it much simpler to separate out the fiber bundles during subsequent processing. Then, after retting is complete, the material is baled and stored.

While the fiber option holds promise, growers are focusing on seed production for now. Growing flax can be quite profitable. Acreage surged in 2018 when La Financière Agricole, Quebec’s crop insurance agency, began offering production insurance for the crop.

Rotational benefits. André Riou, an agronomist and farmer from St-Simon de Rimouski, Quebec, started growing flax in 2017. Growing oats for human consumption is the main crop in his rotation, so he found the wild oat control options available for flax made it a great addition to his crop rotation. However he’s found there are limited marketing options for his production. 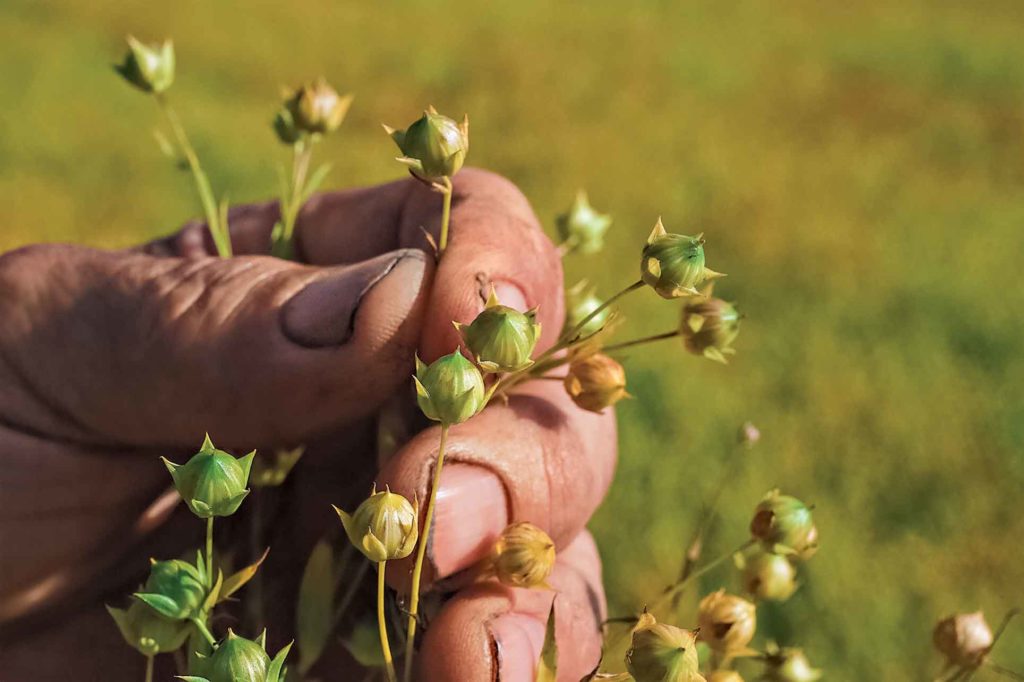 While flax varieties in Western Canada are noted for the oil content in their seed, elsewhere varieties are grown for the linen fiber in their straw.

“Flax is used in Quebec to enhance the Omega-3 fatty acid content in egg production,” Riou says. “But, it’s simpler for feed companies to buy flax from Western Canada in the quantity they need than use the local product. We’re in the classic quandary. Producers are hesitant to grow flax because there’s no ready market and feed companies are hesitant to make the investment to support local flax production because not enough is being grown.”

That’s why Côté uses all the flax they grow in their farm’s dairy ration. All mature cows receive 500 grams of flaxseed a day as part of their diet.

“There’s no solid evidence that feeding flax to cows will increase Omega-3 in milk but there are other benefits,” Côté says. “It has a positive impact on reproduction and there’s a pronounced visual difference in their coats since we started feeding flax. It has a very healthy sheen to it. There’s research that shows it really reduces greenhouse gas emissions too.”

Need it? Build it!

Three farm families partner in multiple businesses to expand horizons for all.