Head to Acadia Parish, Louisiana, to the Cajun Prairie in the southwestern part of the state, to get a good look at just how culture and agriculture can intertwine.

Florida has its oranges, California its tree nuts, and Georgia its peanuts, of course, but nowhere else does an ag commodity match its people like crawfish and southwest Louisiana, where everything from gourmet dishes to tee-shirts and bumper stickers feature the hardy little crustacean.

Louisiana produces about 90% of the nation’s commercial crawfish. The naturally-occurring little critter teams nicely with the state’s big rice crop, both in the field and on the plate.

Ranking among the top three states in rice production, Louisiana was a natural home for the rice industry when it spread westward from the Carolinas in the second half of the 19th century. Early farmers just tossed rice seed into the swamps and harvested what grew. Rice production in the state boomed as farmers learned how to cultivate it.

Crawfish, of course, were already there, ready and waiting for the culinary match-up.

Today, Crowley, Acadia Parish’s biggest town, hosts the International Rice Festival. About 150,000 people usually attend. This year will be the 83rd festival, which features fun events, music and, of course, plenty of food, much of it based on rice and crawfish.

LSU AgCenter values the crawfish crop at more than $170 million annually. Crawfish reportedly add $300 million yearly to the state’s economy. Not bad, for the lowly ‘mudbug.’

Many of the crawfish ponds also produce rice in the same year through a balanced system that sustains both commodities. It’s a sort of double-cropping that’s now essential to economic stability for many farmers. 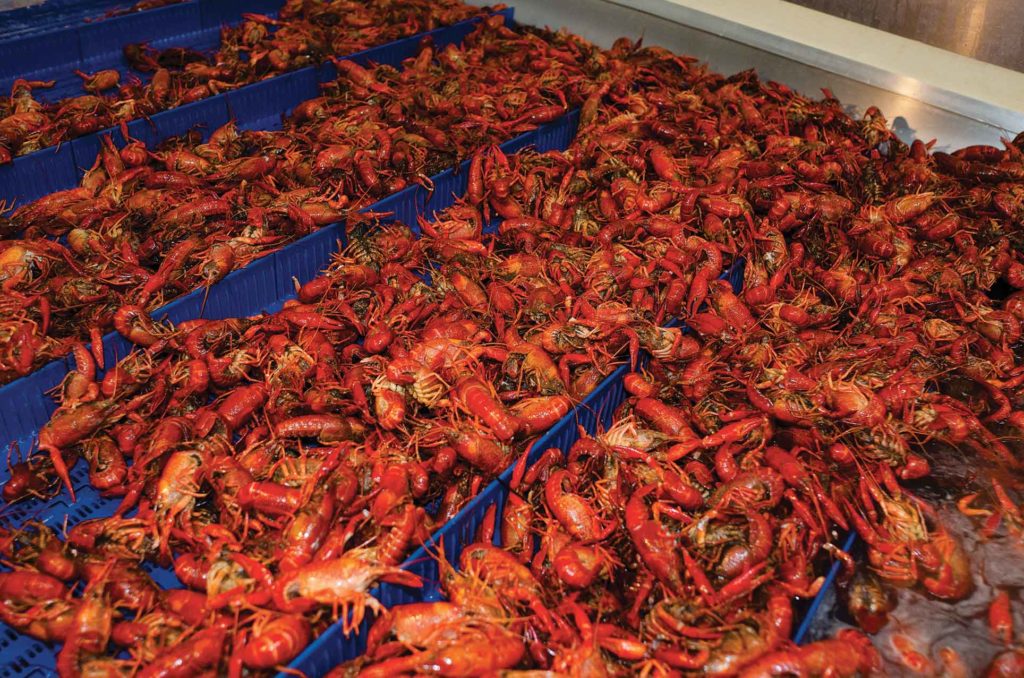 Crawfish are usually harvested during the winter months.

Although farmers here do “seed” ponds with them, the crawfish occur naturally in the shallow water, and feed on the small invertebrates in the rice residue in their habitat. Their diet includes worms, snails, zooplankton and other microorganisms attracted to the decomposing vegetation in the ponds.

In spring, rice gets planted. Then in May and June, while rice is flooded, the ponds get restocked with 40-to-50 pounds of young crawfish per acre, if necessary. Later in summer, fields are drained and rice harvested.

During that “dry” time, the crawfish burrow deep into the soil. In fall, fields get flooded again and the crawfish emerge from their burrows. Crawfish harvest usually runs from December through April. After that, ponds are drained and readied for rice or soybean planting, and the cycle repeats.

Visit Mo’ Crawfish restaurant in the little community of Mowata, 15 miles north of Crowley, to get a first-hand look at the full farm-to-table scope of the crawfish business. Owned by fourth-generation rice farmers Michael and Katherine Hundley, assisted by their six sons and two daughters, the specialty here, of course, is crawfish, boiled and served with plenty of hot sauce, washed down by your favorite beverage, adult or otherwise.

If you really insist on not trying the crawfish, they offer two other Louisiana products, crab and shrimp. But folks come here for the crawfish, much of it fresh that day from the Hundleys’ own ponds. This is as local as local food can get.

“We know the quality because we produce these crawfish in the best conditions,” Michael Hundley says. “Having a restaurant lets us take it all the way to the market. We get to see people enjoy what we produce, and that’s a good feeling. When you get down to it, though, it’s about family and friends. It’s all raised and prepared by family, and the people who eat here are friends. It isn’t just about food. We want people who come here to have a good experience and to become friends, if we don’t already know them.” 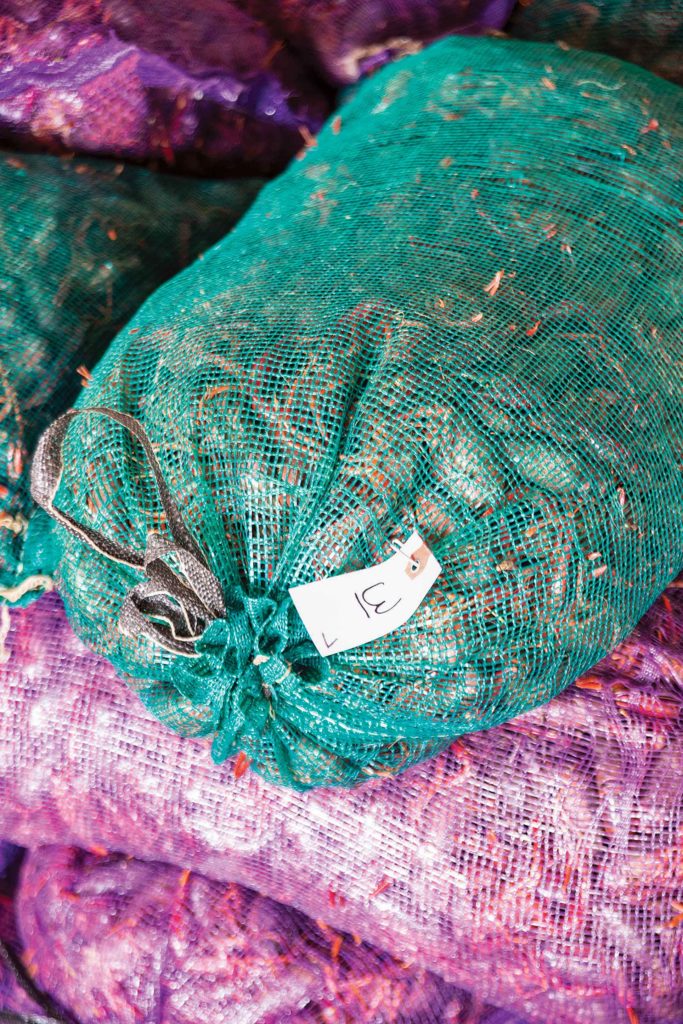 On the farm, the Hundleys concentrate on rice, crawfish and soybeans. The rice/crawfish double-crop system is now essential on farms like theirs. “The way things are now, it would be hard for a lot of farmers to make it without them both,” says Michael Hundley.

Though there’s some concern about possible overproduction of crawfish eventually flooding the market, crawfish usage continues to expand and push into new markets. Acadia Crawfish Company, an ultra-modern packing plant in Crowley, ships crawfish any way possible: flash frozen, packed tail meat, and even live in bags. More people around the country and even overseas are interested in Louisiana crawfish, says Scott Broussard, who runs the company with his wife, Julie.

“Caught and processed daily, if you want it fresh and live or as frozen tail meat, we can do it, and it can literally go anywhere,” Broussard says.