There’s no way to spell corn without the n, but new technologies offer the promise of growing corn with less N—significantly less, in fact.

Soybeans and other legumes can call on a symbiotic relationship with rhizobia bacteria to meet their nitrogen need, but corn and other cereals have not been able to fix their own N—until the 2019 growing season, that is. A couple of products from the burgeoning biologicals sector were introduced on a commercial scale for the 2019 growing season across most of the U.S., providing microbes that help corn pull some of its N needs from thin air.

“The world needs to unhook itself from its increasing reliance on synthetic nitrogen fertilizers,” says Ted Cocking, a United Kingdom scientist who has devoted his life to the subject as director of the University of Nottingham’s Centre for Crop Nitrogen Fixation. “This biological technology basically is a gift from nature.”

N conundrum. The Haber-Bosch process, the industrial technique that squeezes nitrogen from atmospheric N, is one of the great agricultural success stories of the past century—and one of its most problematic.

In 1909, German scientist Fritz Haber demonstrated the concept with a table-scale device that produced, drip by drip, 4 fluid ounces of ammonia per hour. Scaled up by engineer Carl Bosch—both Haber and Bosch won Nobel prizes for their work—synthetic nitrogen fertilizer supercharged the world’s agriculture. Billions of pounds of such fertilizers are used in producing the world’s food supply. A 2008 study calculated that approximately 50% of the nitrogen found in human tissues originated from the Haber-Bosch process. But nitrogen is elusive, with much of it escaping into air or water; even the most optimistic studies calculate only about 50% nitrogen-use efficiency in farm crops. The energy intensive process depends on fossil fuel, accounting for up to 5% of the world’s natural gas use. 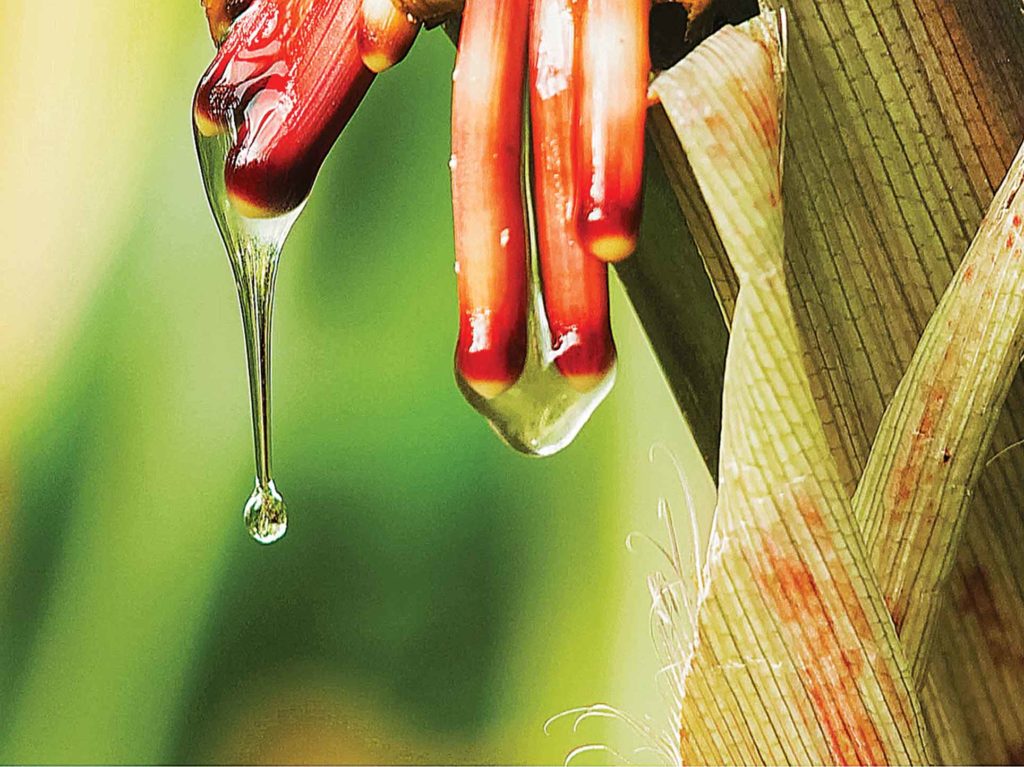 Efficient ecosystem. As often is the case, farmers are looking to the microbe to improve the efficiency of agriculture’s role in the ecosystem. Cocking and his colleagues worked with nitrogen-fixing Gluconacetobacter diazotrophicus, a unique bacteria discovered in sugarcane. Scientists found that this bacteria could intra-cellularly colonize corn plants as well as several other crops species, including oilseed rape, rice and wheat.

Introduced commercially by Azotic in 2019 under the trade name Envita, corn farmers now can introduce this strain of bacteria by applying an in-furrow liquid application. Plans call for a dry version to be available in the future for use as a seed treatment.

Once in contact with the seed, the Envita bacteria colonize the entire plant, from roots to shoots, setting up shop in the cell right next to the chloroplast—the factory for photosynthesis. As a result, these microbial workers provide nitrogen to the plant where it is needed, when it is needed.

On-farm trials found that corn with the N-fixing bacteria could produce the same yields with less synthetic N. But farmers often reported a yield boost with N-fixing  bacteria under full N rates.

Other N-fixing options are available, or on the horizon. For the 2019 growing season, Pivot Bio released its product called ProveN.  This biological provides microbes that adhere to corn roots and feed off exudates, in turn delivering a constant source of N to the plant.

Further beyond, researchers  at the University of Wisconsin-Madison, teaming with the University of California-Davis and Mars, Inc., are studying a tropical corn from Mexico that fixes N. Mucilage-coated brace roots host N-fixing bacteria; scientists hope to work the genetic mechanism into commercial corn hybrids.